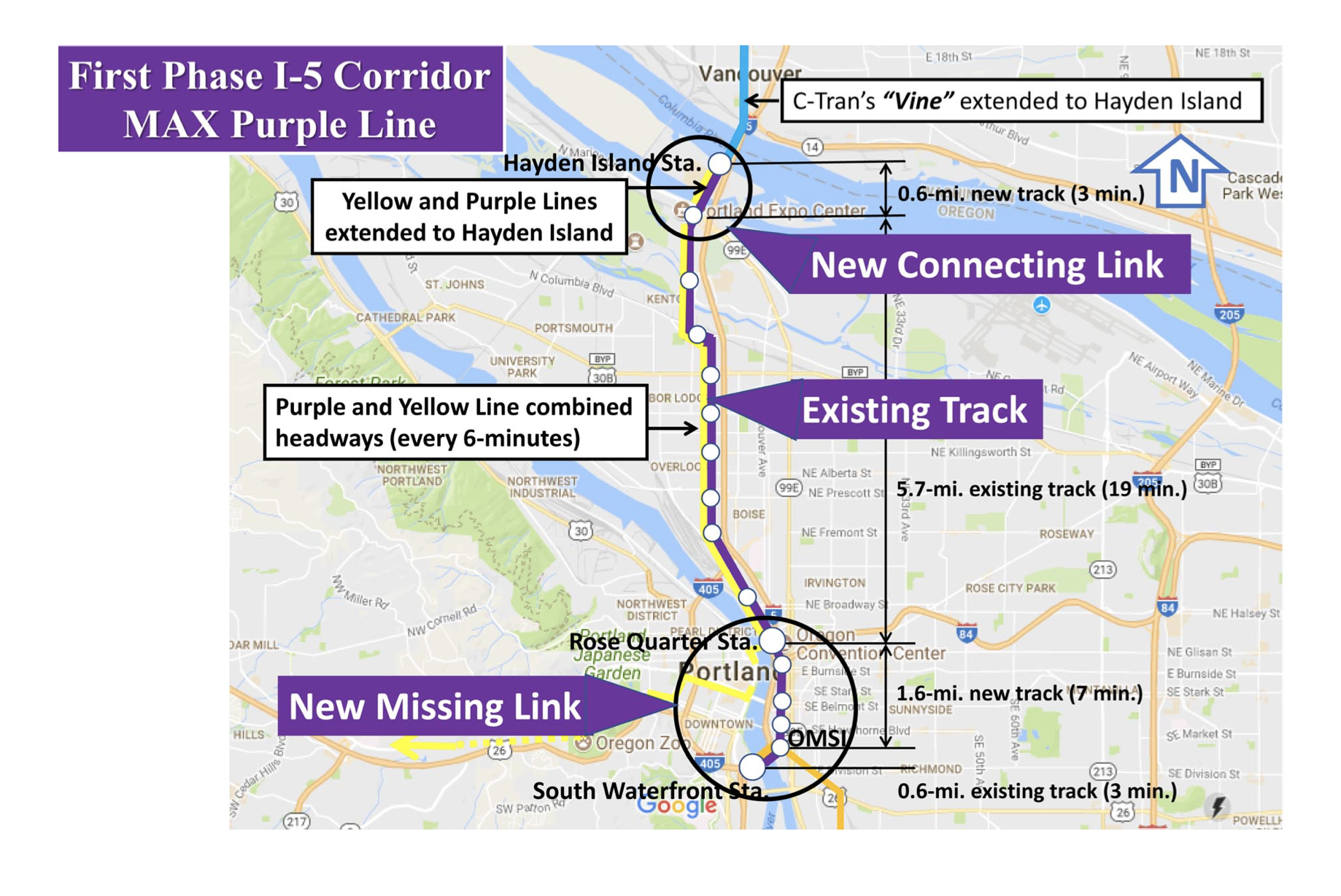 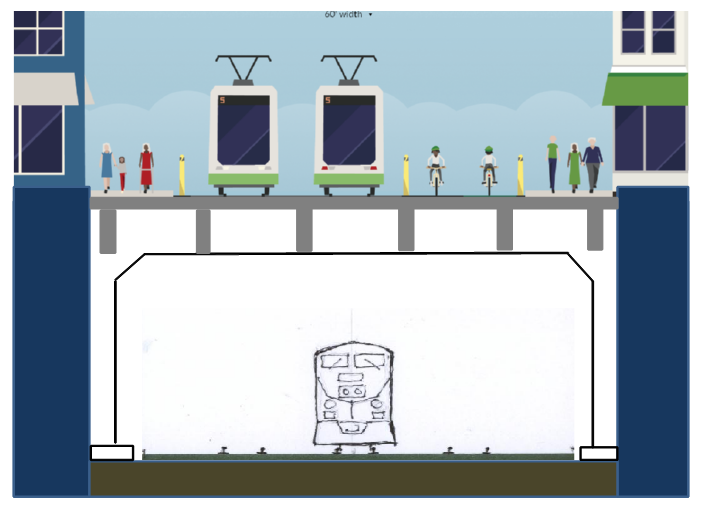 This is veteran transportation activist Jim Howell’s new concept for the central east side: a bike-rail corridor and second-story commercial district running over the Union Pacific railroad tracks and across three bridge landings.

Welcome to the first of a new feature on BikePortland: a brief look at the life or work of an extraordinary local person. 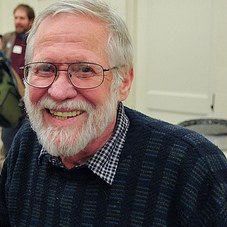 When Jim Howell was 37, he organized the first demonstrations that eventually turned Harbor Drive into Waterfront Park. At 40, working as an independent architect, he drew up the design for Northeast Portland’s Woodlawn Park. At 41, he sat on the citizens’ committee that recommended Portland’s first MAX line. At 48, while working for TriMet, he engineered the west-side bus node now known as Beaverton Transit Center. At 51, he co-founded a private van service between Portland and the Oregon coast, a predecessor to today’s Wave bus. At 77, he co-created the plan that became the most prominent alternative to the Columbia River Crossing.

Now, two months before his 80th birthday, Howell has designed his first transportation concept that puts bikes front and center.