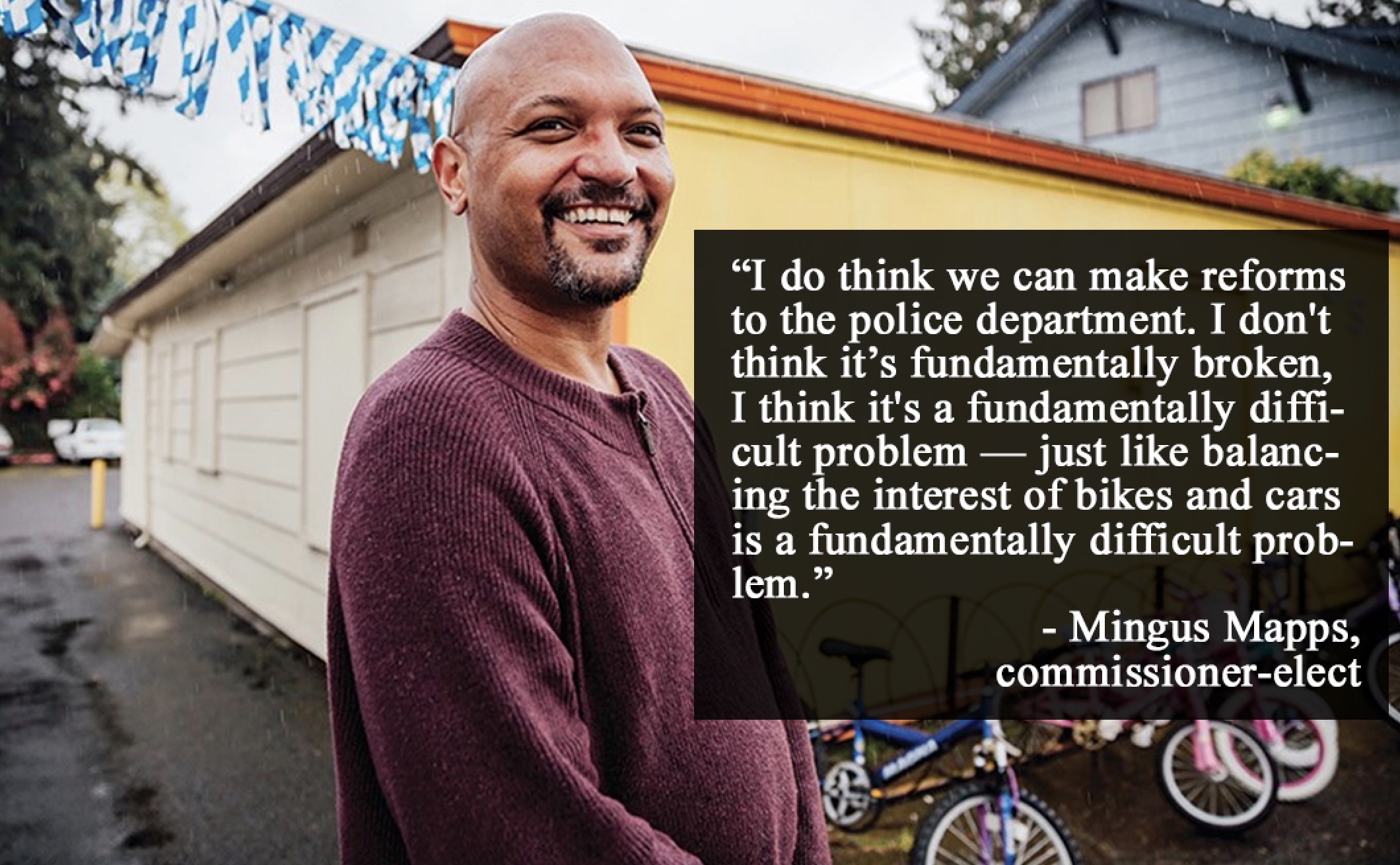 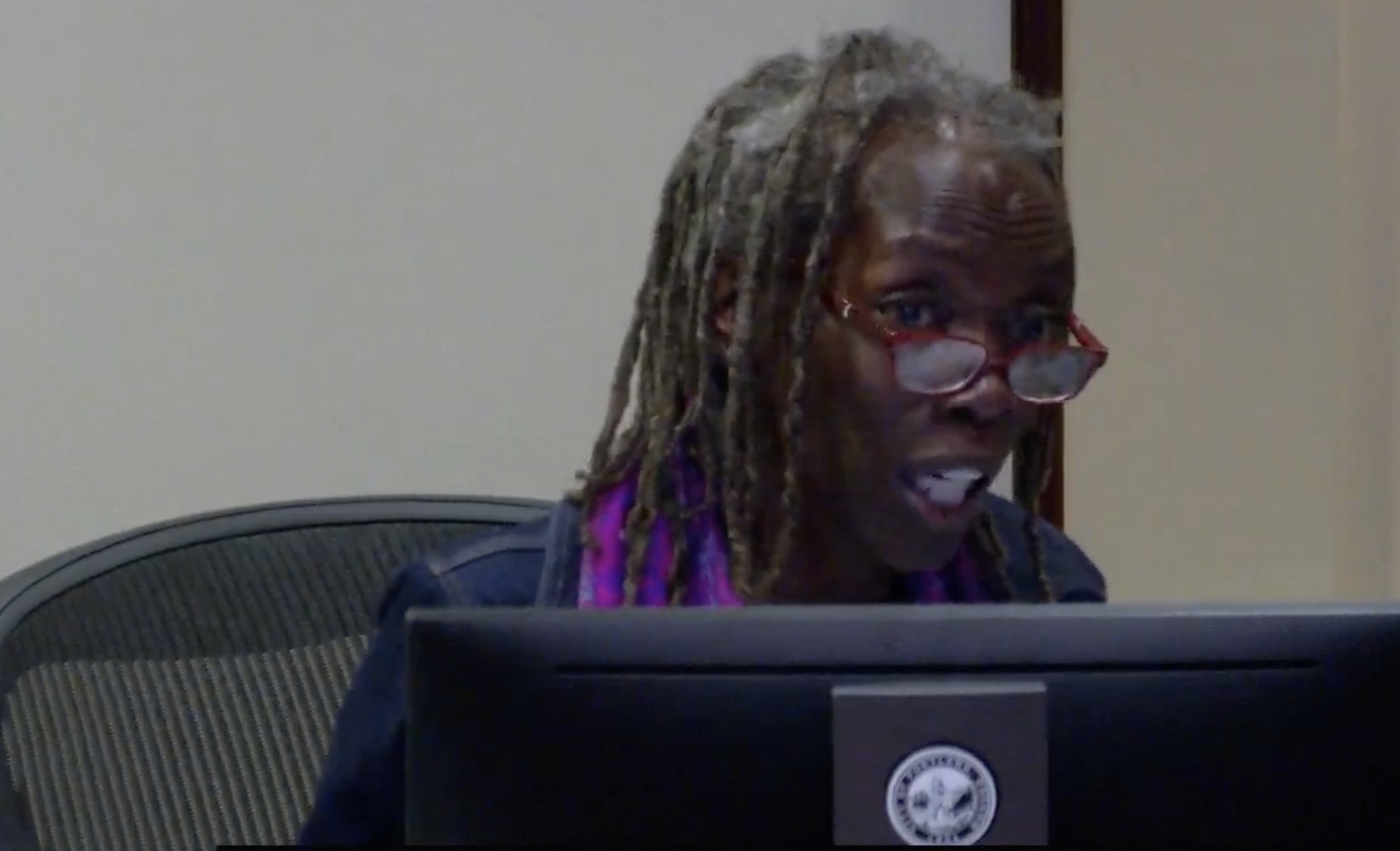 Commissioner Jo Ann Hardesty made headlines last month when she said distracted walkers are a “huge issue” and voted “no” on what was expected to be a non-controversial update to Portland’s Vision Zero program. Her vote and comments raised the ire of the commissioner in charge of that program, Chloe Eudaly.

Eudaly called Hardesty’s views, “Virtually unfounded” and said Hardesty must not have been briefed on the topic properly.

Nearly three weeks after that exchange, I spoke with Hardesty and asked about her views on Vision Zero, traffic enforcement, distracted walkers, and more.

Commissioner Hardesty wanted to set things straight from the outset. “I share the values of making our streets safe for everyone,” she said. “If I left you with the impression that that was not my goal I don’t want you to have that impression.” 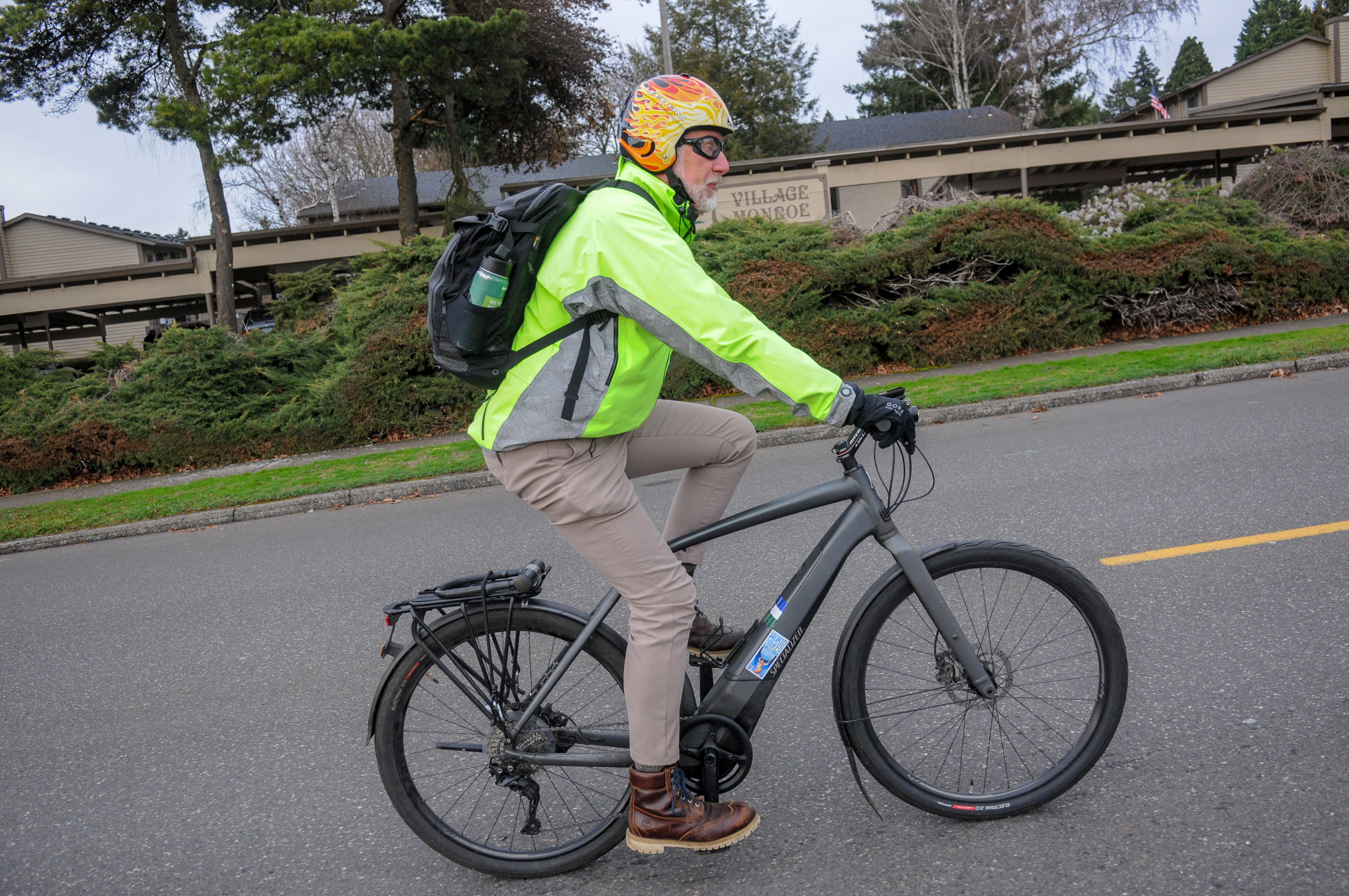 Surprisingly, the loudest political voice for bicycling in our region doesn’t come from Portland City Hall. It comes from a city hall six miles south of Portland in Milwaukie, in the office of Mayor Mark Gamba. 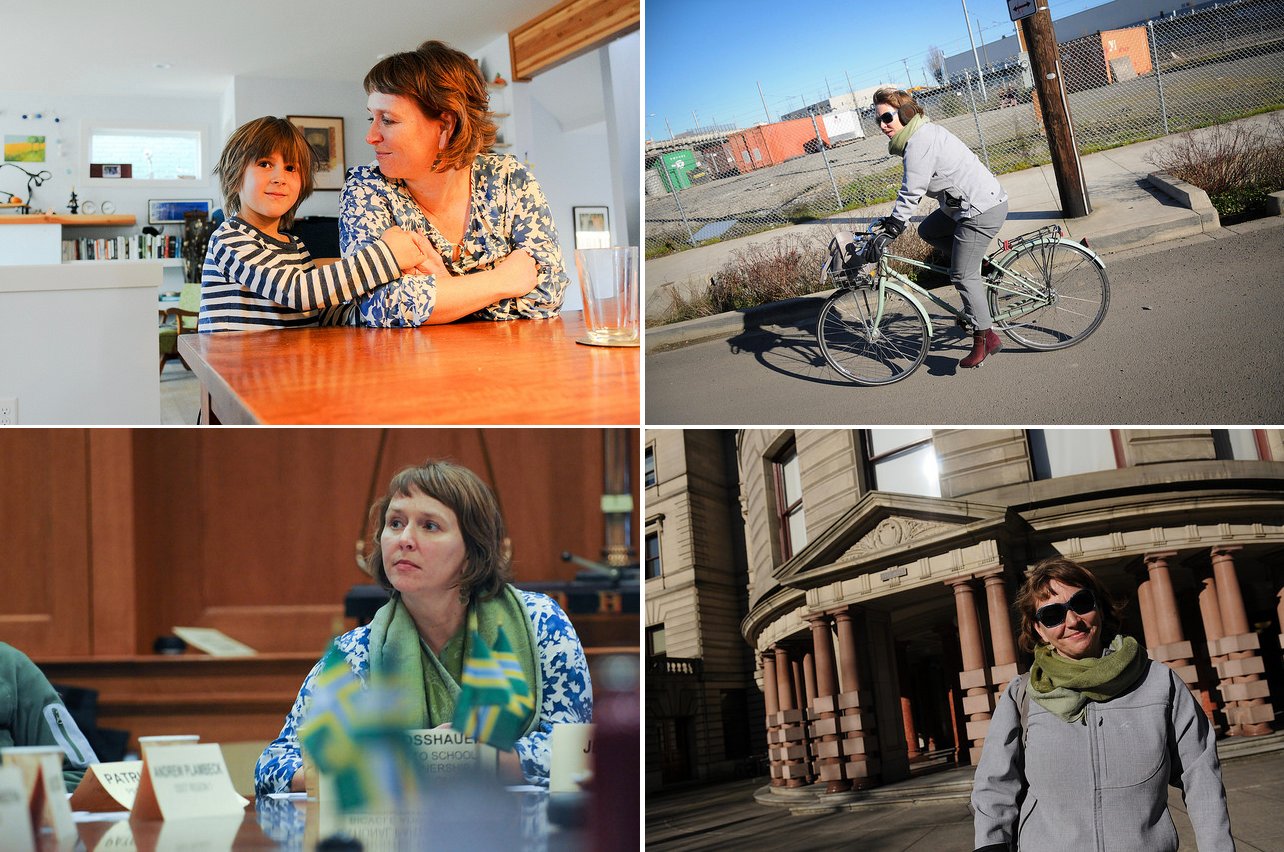 Even if you don’t know Kari (it rhymes with “safari”) Schlosshauer, chances are you’re familiar with her work.

As the Pacific Northwest Senior Policy Manager for the Safe Routes to School National Partnership, Schlosshauer has spent the last five years making our neighborhoods safer for walking and biking. Her position puts here at the center of discussions and deals about how and where our city, region, and state spend money for school-related transportation projects.

Schlosshauer lives in the Hosford-Abernethy neighborhood near Powell and 25th. Earlier this week I sat down with her around her kitchen table before riding downtown where she attended a meeting of the Vision Zero Task Force (she’s a member) at City Hall. 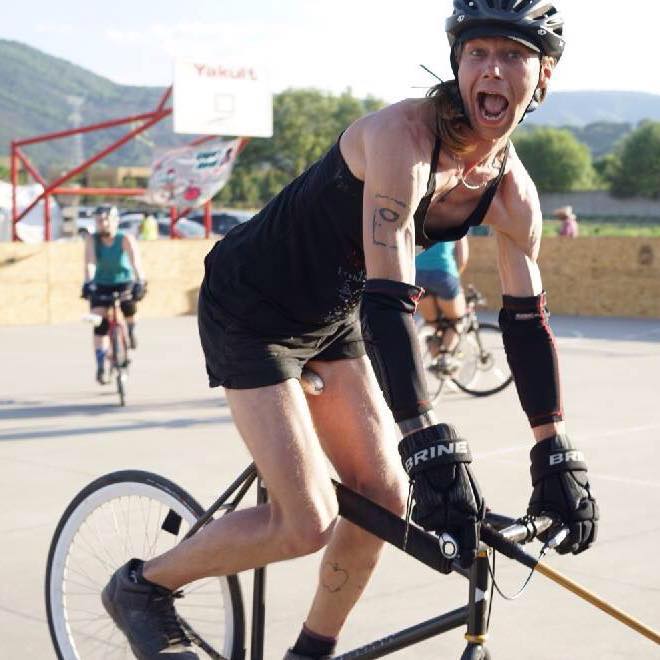 This post is part of our Women’s Bike Month interview series written by Steph Routh and sponsored by the Community Cycling Center and Gladys Bikes.

If you have found yourself on or even near a bike polo court, chances are you’ve met Jackie Mautner. She has graced bike polo courts and on both coasts when not cultivating some serious acumen as a bicycle mechanic. Her most recent challenges have been framebuilding and cyclocross.

How did you get involved in biking?
Aside from biking as a kid, I started commuting when I went to college in New York City at Cooper Union.

Shortly after I started biking regularly, I came across bike polo totally by chance. The court in NYC is right off a main bike artery, and I would ride by on Sundays. I would see them swinging mallets. I got curious about what they were doing, because they were on bikes. I started watching, and this person who’s been playing since almost the time that bike polo started in NYC — he’s almost 70 years old now — invited me to play. For someone his age, he’s not the fastest on the court and gets heckled, but he puts up with it. I thought if he could put up with the heckling, I could, too. 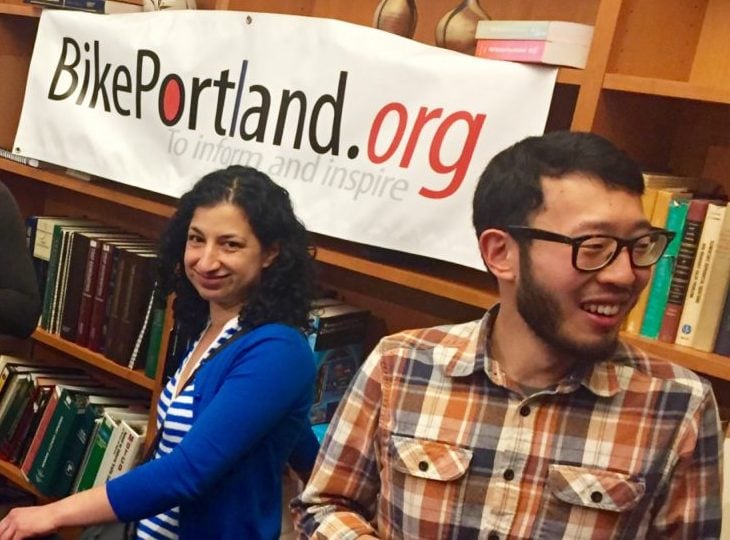 This is the fifth installment of our Women’s Bike Month interview series written by Steph Routh. This content is sponsored by the Community Cycling Center and Gladys Bikes.

The role of consultant in transportation planning and advocacy is inherently behind the scenes, yet the stiff competition associated with landing the next project contract creates a unique working environment delicately balancing self-promotion and service to agency clients (and, ultimately, the communities they serve). Add the implicit biases of gender, race. etc., and the waters of transportation consulting can be tricky, indeed.

Sumi Malik has been a transportation planning consultant with CH2M for over a decade, managing an array of projects in communities across the country. She also was instrumental in developing a mentorship program with Women in Transportation Seminars (WTS). 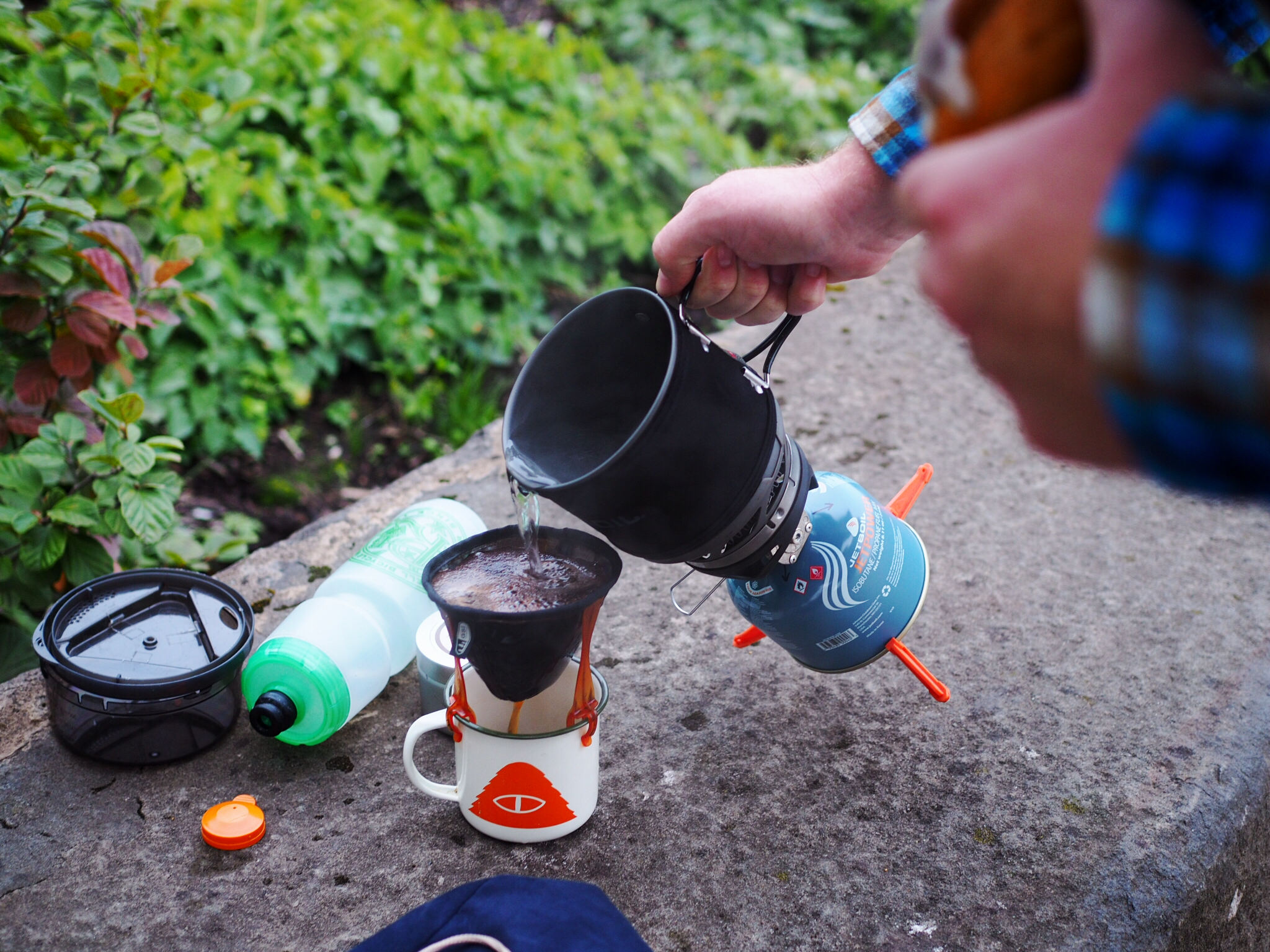 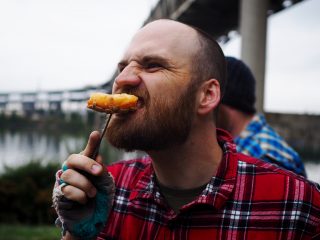 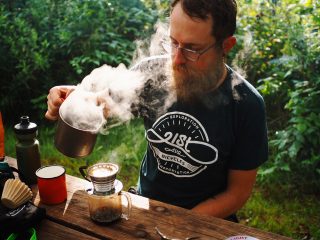 PDXCoffeeOutside is a group of bike riders and coffee lovers who meet every Friday to grind, brew and enjoy their coffee in the great outdoors of Portland. The organizers pick a different spot each week, which you can learn about on their Instagram feed, @pdxcoffeeoutside. I’ve attend a few of these gatherings this summer and asked one of the organizers, Will Christenson, a few questions.

What started PDXCoffeeOutside?
PDX Coffee Outside started because a group of friends had a desire to meet up in the mornings before work (hence the 7am start time), make coffee, and socialize. Most of us have a bunch of camping gear anyways, so it’s a good excuse to use that, and we’re also pretty passionate about coffee. 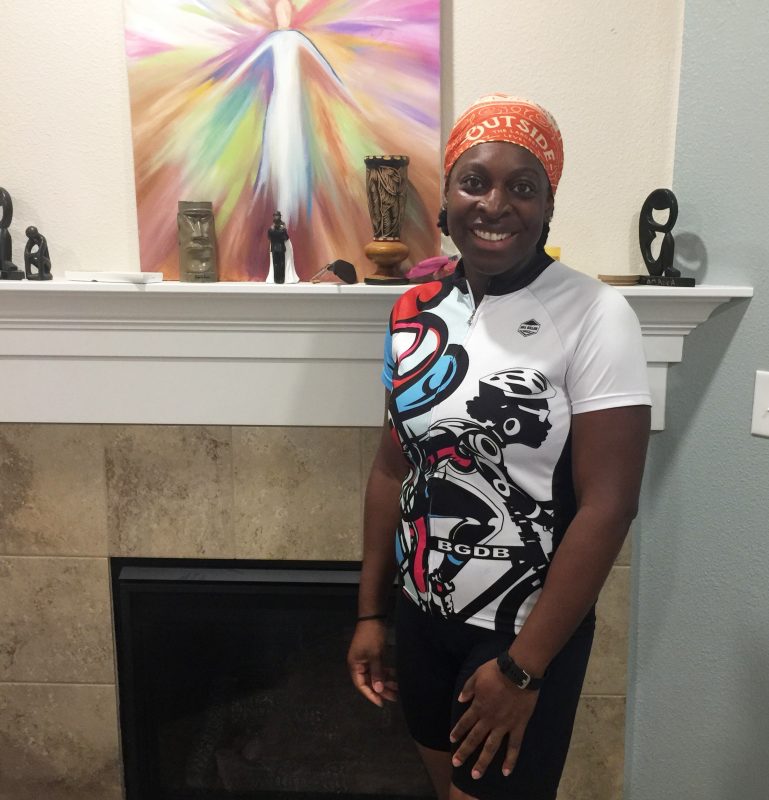 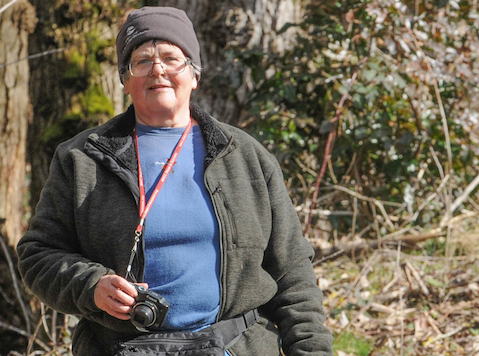 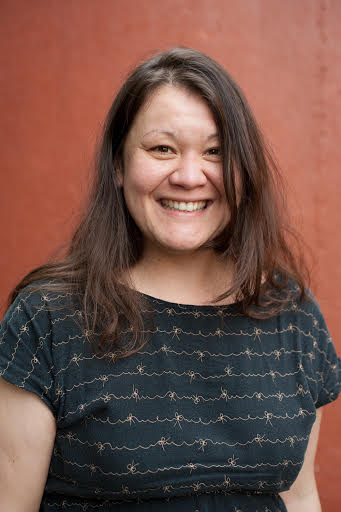 How did you get started in biking?
I didn’t get into biking seriously until Bike Farm and then not seriously myself until my bike tour. And then I never looked back. 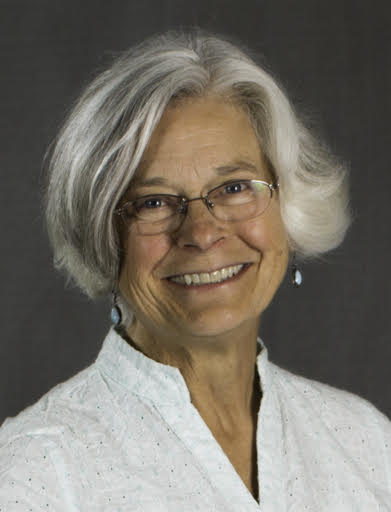 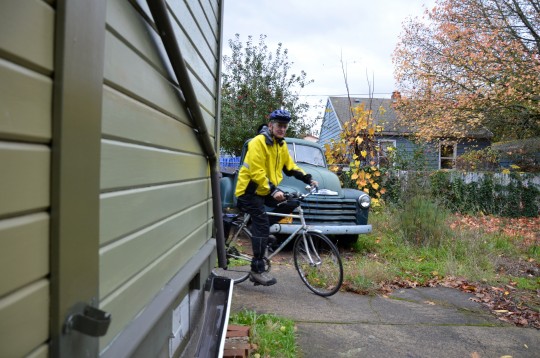 167 of Doug Klotz’s neighbors voted this fall to kick him off the Richmond Neighborhood Association after 22 years. He survived the recall attempt by a single vote.
(Photos: M.Andersen/BikePortland)

It’s 8:10 a.m. on Friday morning and the most controversial man in the Richmond neighborhood has just finished reading the funnies.