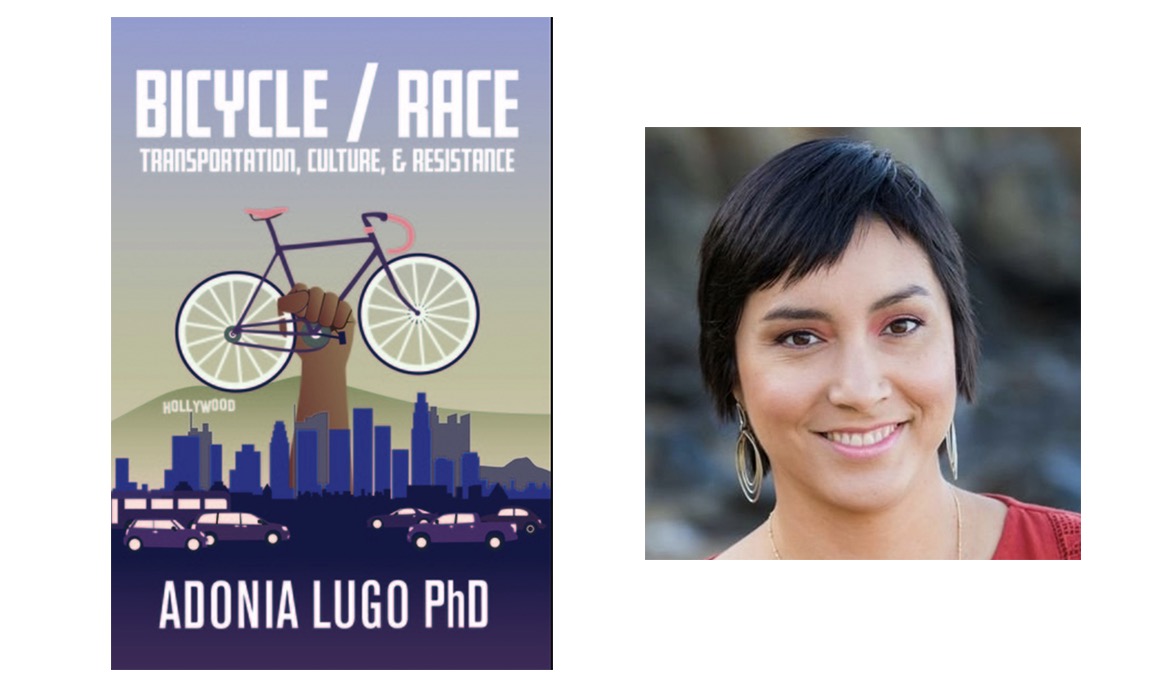 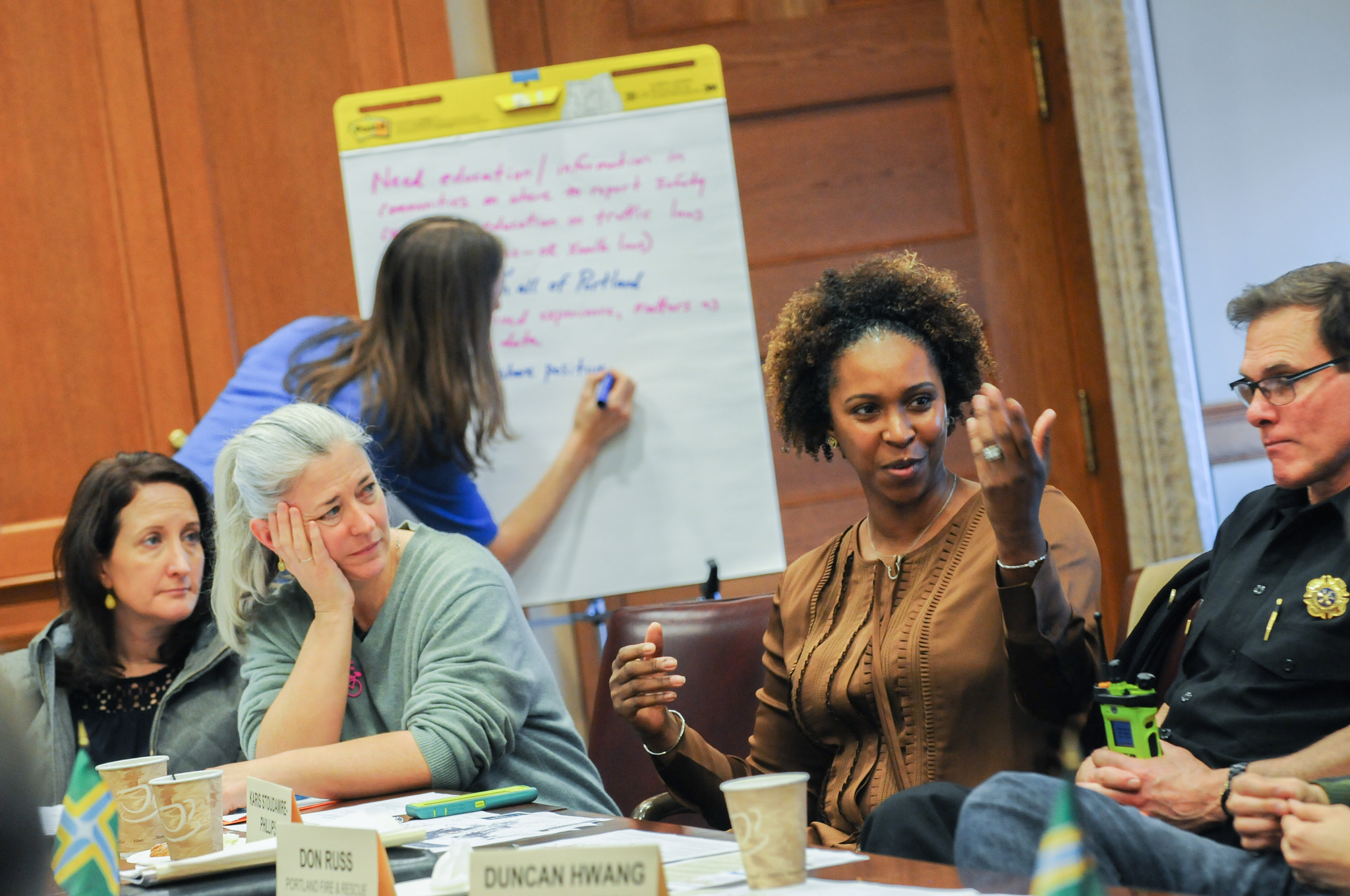 We hear from many of you that it feels like streets in Portland are getting more lawless by the day. One reason is a severe lack of police presence due to a staffing shortage that’s been years in the making. The flip side of that is a concern among traffic safety advocates and the Police Bureau that too much presence in certain parts of the city might lead to unfair or over-policing. 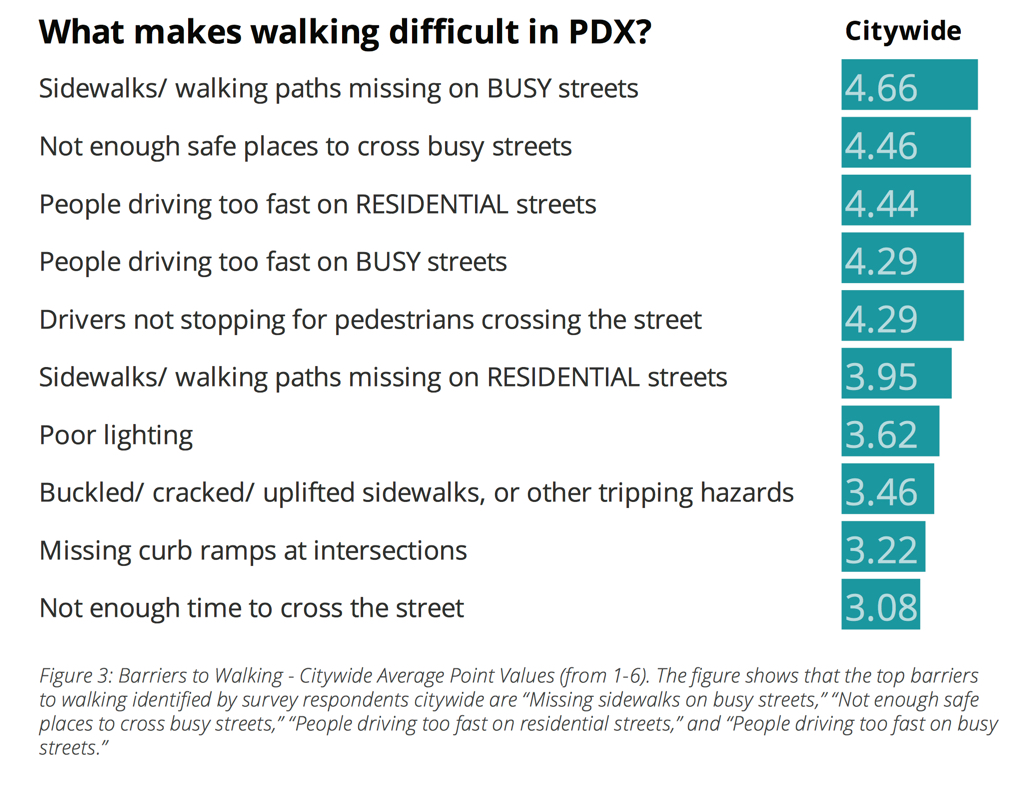 As part of their work to update the citywide walking plan the Portland Bureau of Transportation spent 17 weeks doing a survey to find out what keeps people from doing it. With 4,855 responses tallied, the results are in. 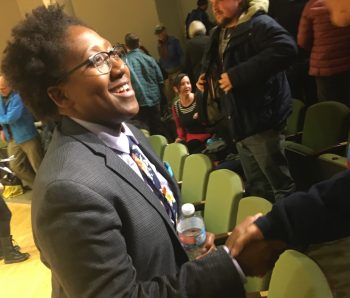 That headline from a national advocacy organization asks a question that’s common to many planners, policymakers, and advocates. It’s a question that helped spark a discussion about equity that has been a focus of many programs, studies and initiatives over the past decade.

For the most part the response to that question has centered around standard stuff like research and data, attempts to uncover the barriers to bicycling faced by people of color, and how organizations can be more inclusive. Those are important parts of the work; but what if we’ve been avoiding the root cause?

What if we aren’t making enough progress because we’re too uncomfortable to acknowledge the racist foundation of our land-use policies, transportation system and planning culture? What if the white privilege of many planning and advocacy professionals has led to the segregation of black people out of bike lanes? What if many black people do bike, but in places white people don’t usually associate with “cyclists” or “commuters”?

Those are just some of the questions that bounced around my head as I biked home from a talk given by Tamika Butler on Wednesday night. Butler was chosen by Portland State University’s Inititiave for Bicycle & Pedestrian Innovation to give the Anne Niles Active Transportation Lecture. She didn’t hold anything back.

Maria Cahill has taken her fight against racism to a bike lane in Old Town. As an organizer with Irene’s Circle, a nonprofit that supports families impacted by police violence and hate crimes, it’s just one of the ways she exercises her commitment to justice.

Every day for nearly a month now, Cahill has chalked a message into the protected bike lane on NW 2nd Avenue right outside the Japanese American History Museum. Sometimes she’ll write, “All lives will matter when Black Lives Matter” and other times simply, “Black Lives Matter.”

Portlander John Russell leads free walking tours in downtown Portland. He has seen the chalked message many times — and he’s also noticed that it gets washed away each time. “Who cleans it off each day?” he wrote in a Facebook post yesterday. “A white guy who works for Portland’s Downtown Clean and Safe crew goes out of his way to clean it off. He doesn’t bother with other chalk in the neighborhood. Just this one.” 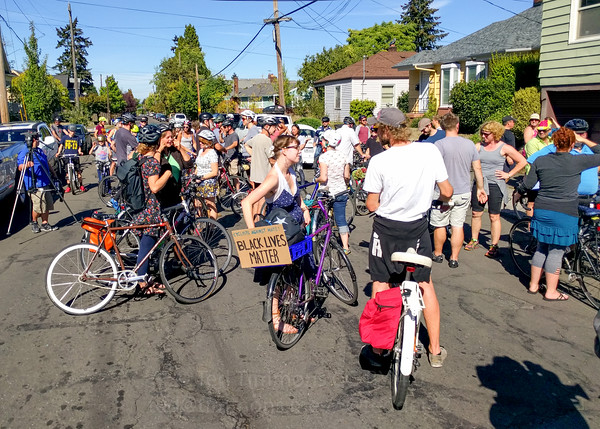 The Cycling Against Hate ride, planned in response to an ugly pepper-spraying incident in northeast Portland last week, happened on Sunday. BikePortland correspondent Ted Timmons was there and shares the following recap…

Five years ago today Portland resident Michelle DePass stood up at a meeting for a transportation project on North Williams Avenue and changed the course of local and national cycling politics forever:

“We have an issue of racism and of the history of this neighborhood,” DePass said. “Until we address that history and… the cultural differences we have in terms of respect, we are not going to move very far.” 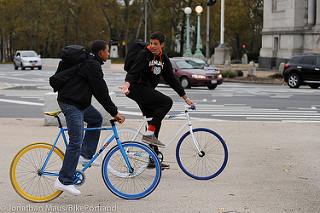 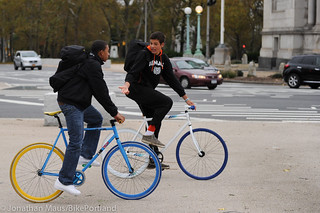 That was part of the thinking shared by BikePortland reader Clement in a comment on yesterday’s post by Taz Loomans about how to get more racial and ethnic diversity into organized bike fun. 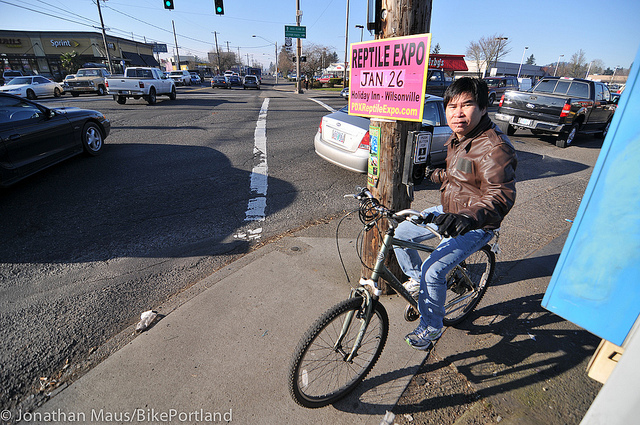 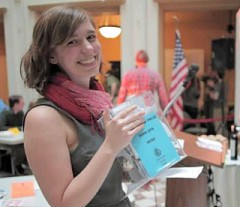 This is a guest post by Noel Mickelberry, executive director of Oregon Walks and a member of the City of Portland’s Vision Zero Task Force.

It’s something that shouldn’t need saying, but I feel it needs constant reiteration. It is entirely too easy, and too common, for us to look at our streets as a series of connections, people divided by mode, unattached to the other issues surrounding us or how our lives are inherently impacted by transportation decisions on a daily basis. The ease by which many of us working in transportation advocacy are able to view our streets — of course a bike lane should go here, of course a crosswalk is the answer there — is in itself a privilege.

As we develop Portland’s Vision Zero policies, I’m asking us to go further. And I’ve got five specific suggestions for how to do so. 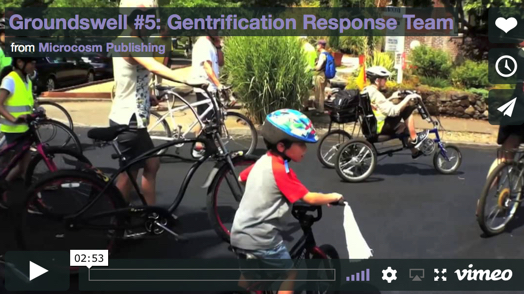 When I started getting seriously interested in bicycles a few years ago, I already knew they were pollution-free, cheap, healthy, quiet, nonlethal and space-efficient.

What threw me for a loop, when I was talking to other Portlanders who were already interested in bicycles, was that they kept talking about community. Biking (and walking, and public transit) connected them with their neighbors and surroundings in a way that driving can’t.

The idea, it turned out, is backed up by science. 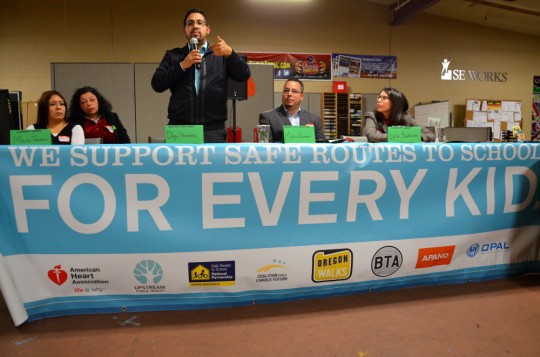 Diego Hernandez, a Reynolds School District board member running for the state legislature, speaks at a BTA event Tuesday advocating for Metro to fund safer streets in East Multnomah County through a regional Safe Routes to School program.
(Photos: M.Andersen/BikePortland)

Portland’s largest biking advocacy group has, for the first time, created a written policy to help it fight racial disparities in transportation.

“The reality of Portland is that while we are one of the whitest cities in America, it’s not going to be a white city forever.”
— Rob Sadowsky, BTA

As the most bikeable areas of Portland grow even whiter and many less bikeable areas grow even more diverse, the group says it needs to focus more on building “a community where everyone from all racial backgrounds has access to safe, healthy, and affordable transportation options.”

“The reality of Portland is that while we are one of the whitest cities in America, it’s not going to be a white city forever,” Executive Director Rob Sadowsky said Wednesday. “Over half of Portland Public Schools students already are students of color.”

This is the Tualatin Valley Highway intersection where Jermaine Robinson biked, from right to left, immediately before a police stop that rapidly escalated into a Tasering and takedown.
(Image: Google Street View)

The City of Hillsboro and two of its police officers may head to trial this fall over a largely unreported 2012 incident in which the officers Tasered a 39-year-old Hillsboro man and kneed him into the ground after he allegedly rolled through a “don’t walk” light on his bike and then refused to give his name.

The interaction escalated over the course of three minutes from an evening traffic stop to a Taser-assisted takedown of a man who by all accounts had never attempted to physically harm the officers, though he did pull away from them when they tried to restrain and tackle him without warning.