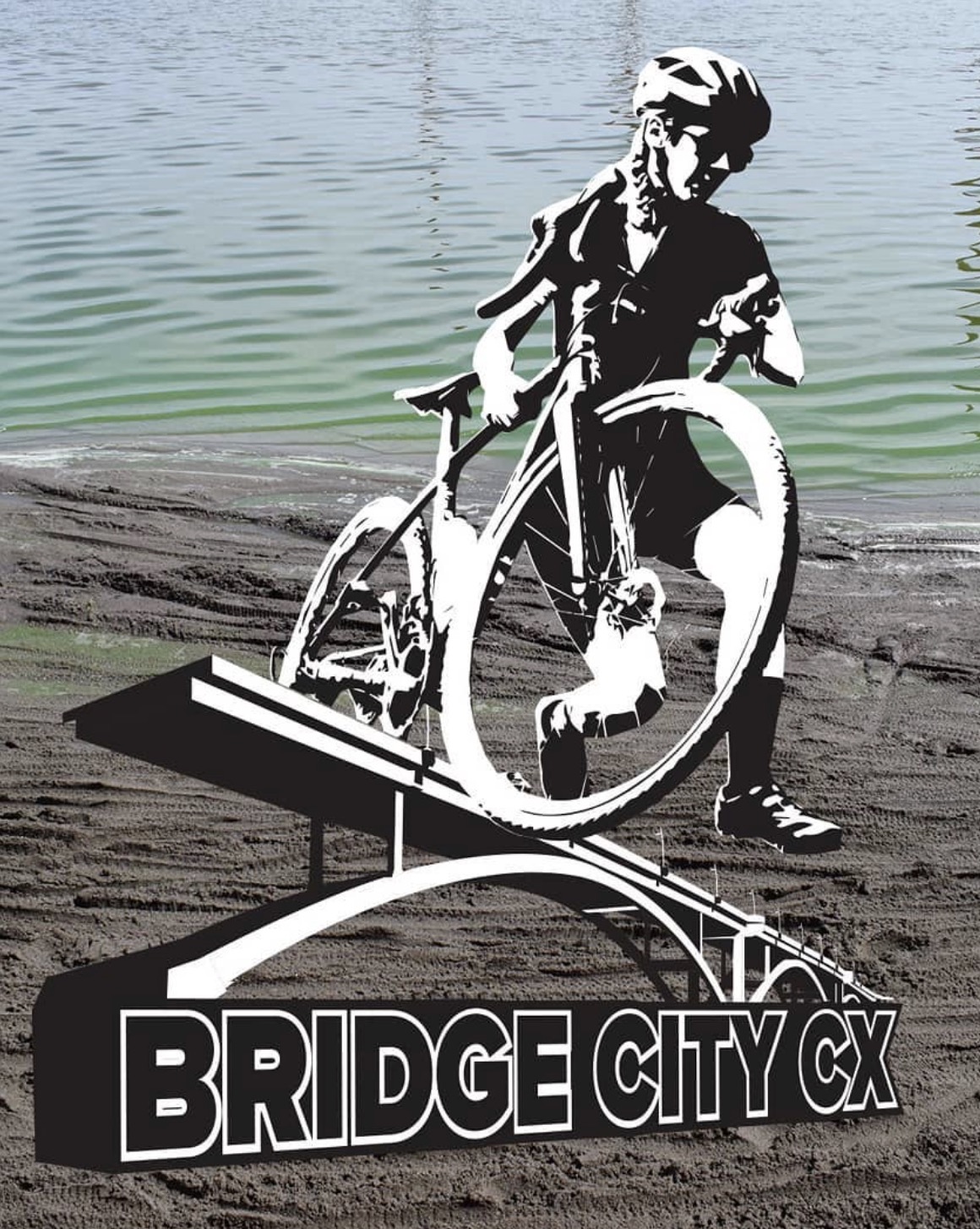 The dream of a cyclocross race in the heart of Portland has come true. 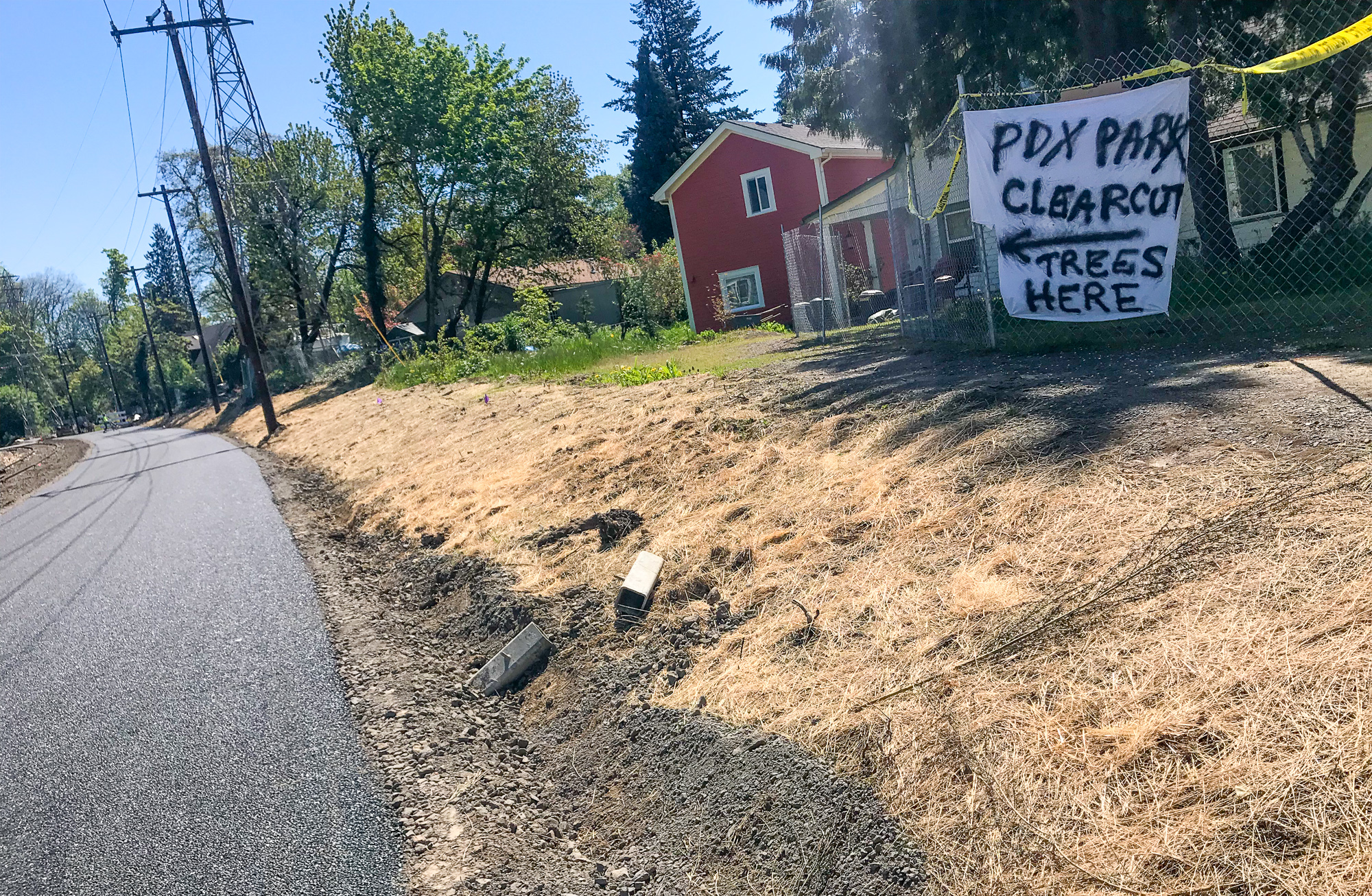 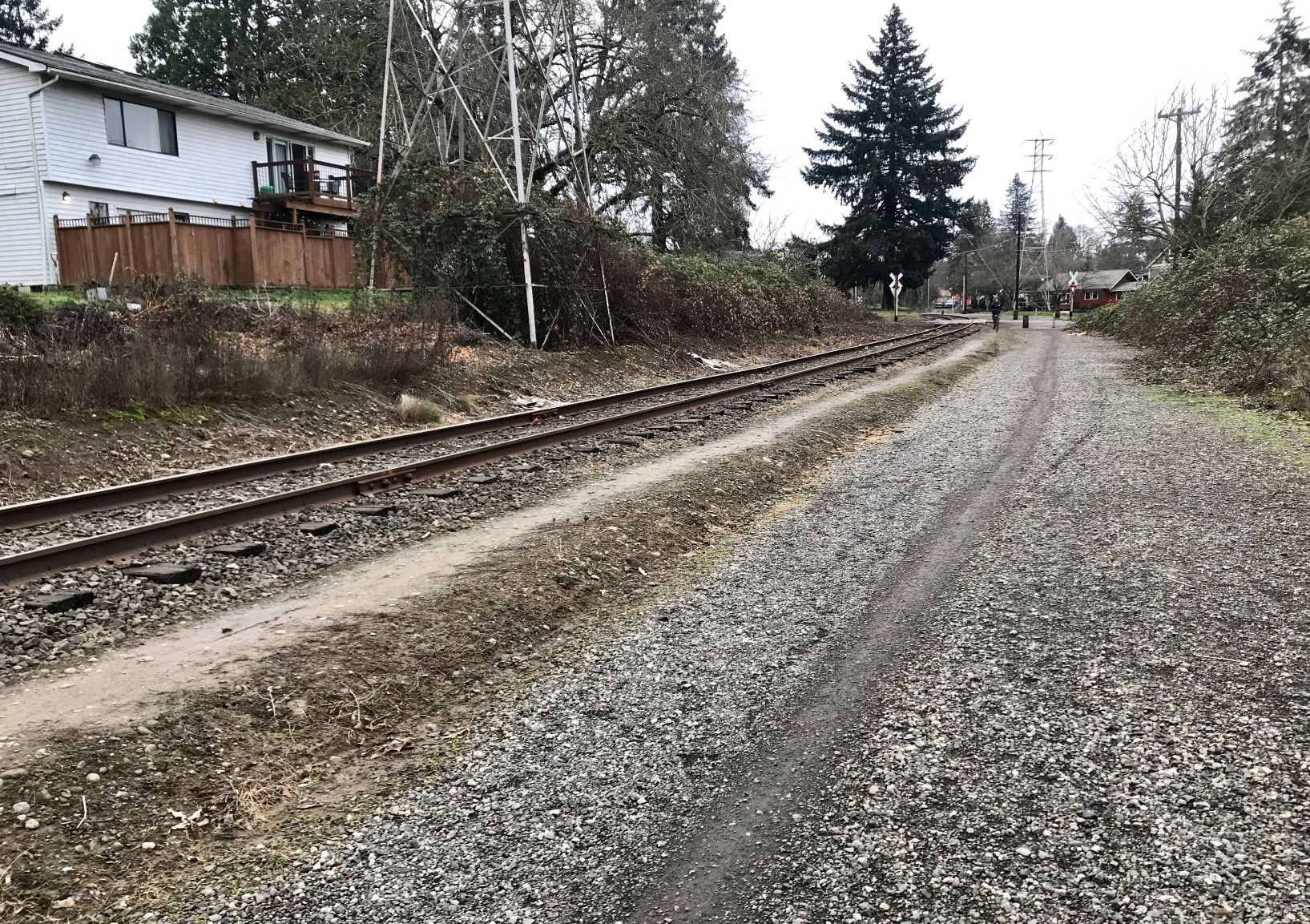 13 years after it was officially identified, the City of Portland plans to finally close a major gap in the Springwater Corridor. 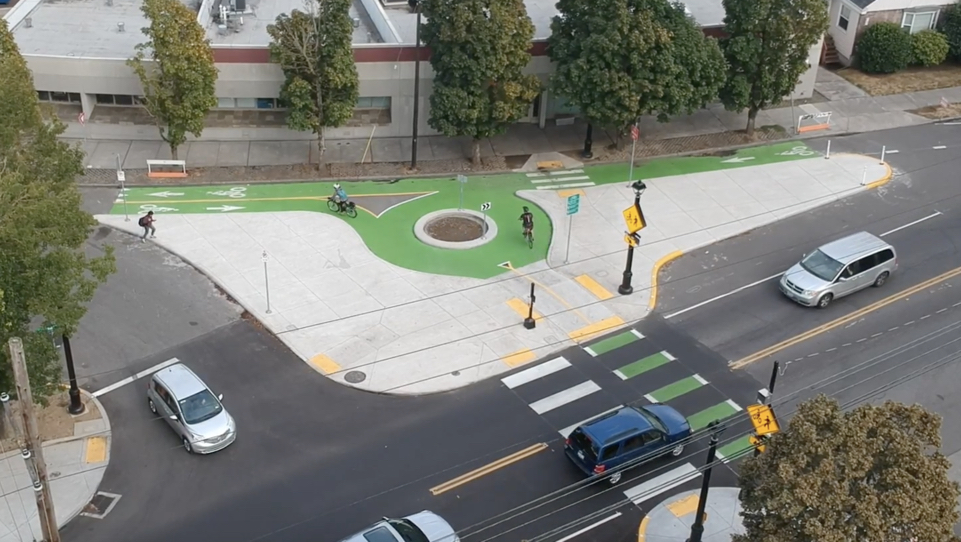 Our story about the City of Portland’s new traffic circle on SE Milwaukie and Mitchell spurred a robust conversation about its strengths and weaknesses. New drone footage (below) sheds more light on how it works. 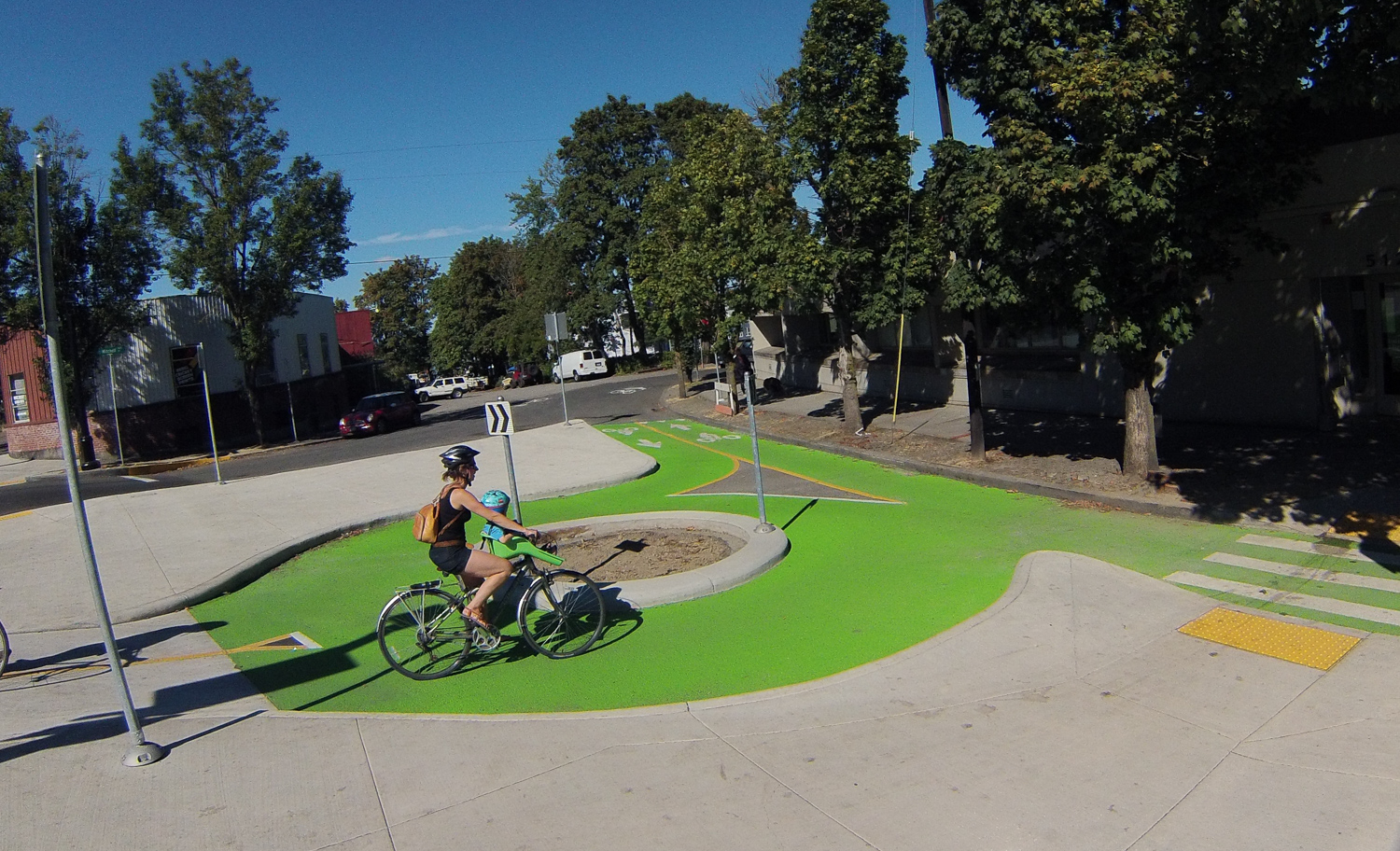 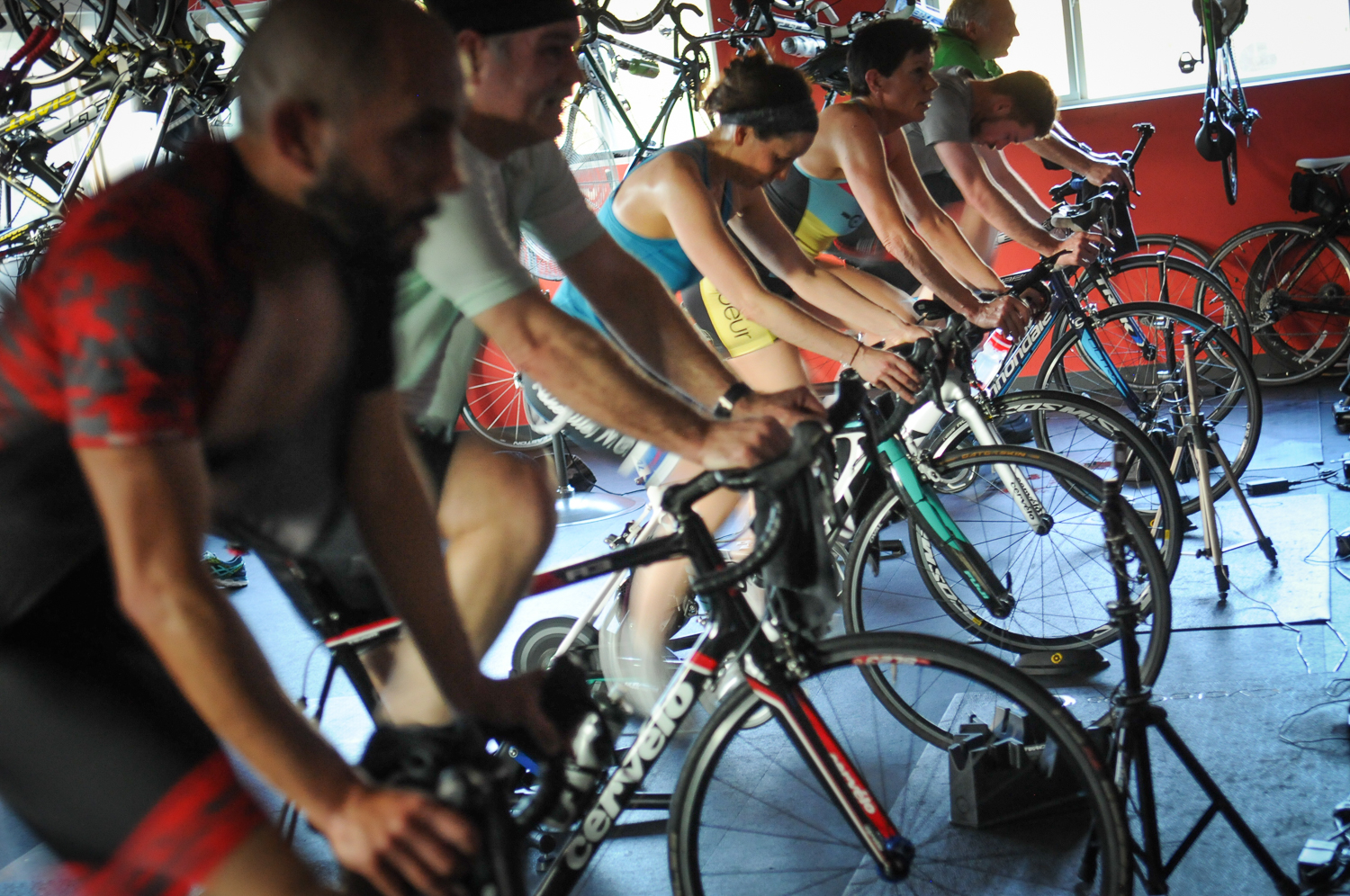 Some of Portland’s toughest bike races don’t even happen on the road.

Over the past seven years, exercise physiologist Rick Cady has melded his love of cycling with the science of human performance to create an indoor training center unlike anything in Oregon. 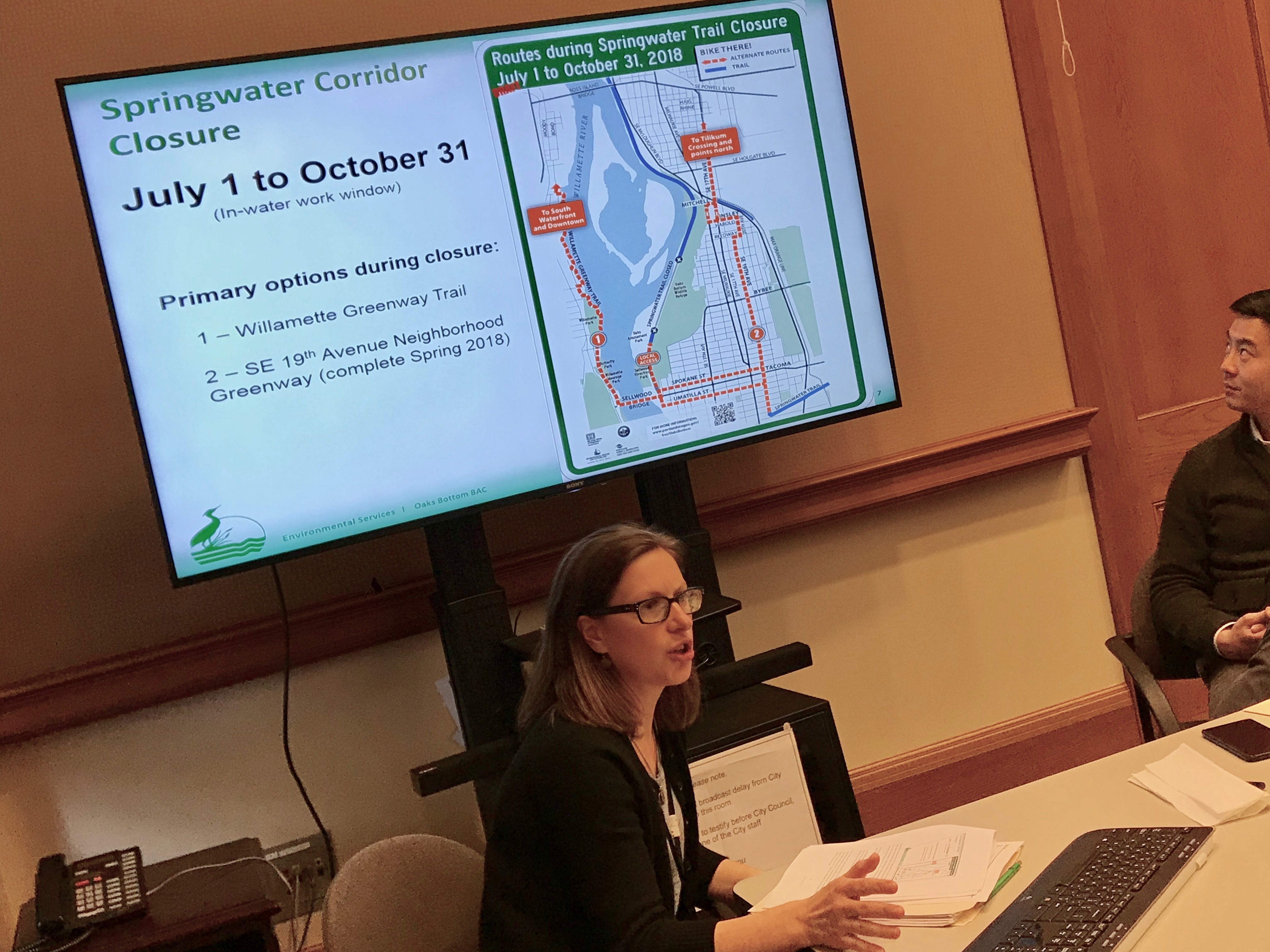 UPDATE, 6/27: The start date of the closure has been pushed back to July 9th so the path will be open for the busy 4th of July and Waterfront Blues Festival Weekend.

“It’s going to be uncomfortable. We know that. No option will be as good as the Springwater. We know that. But it’s temporary, and at least we have options now.”

That’s how Bureau of Environmental Services (BES) Program Coordinator Ronda Fast described the upcoming four-month closure of the Springwater Corridor path that will impact many Portlanders this summer. Fast was at the BAC meeting to explain how BES will handle the diversion of thousands of daily bicycling trips that currently use the Springwater to get between Sellwood and downtown Portland.

The meeting came just a few days after we reported that BES rejected a detour proposal by the Sellwood Moreland Improvement League (SMILE, the neighborhood association). The disagreement stems from how best to handle thousands of bike trips per day that will be forced off the Springwater and onto other routes due to a major project to salmon habitat at Oaks Bottom Wildlife Refuge. BES wants to direct people either to the west side of the Willamette River (on a circuitous, narrow and poorly maintained greenway path), or onto the SE 19th Avenue Neighborhood Greenway — which is 10 blocks east of the Springwater. The neighborhood proposed what they feel is a more direct and safer route on 14th/15th and SE Milwaukie — where they asked for temporary bike lanes in space currently used for on-street auto parking.

BES says the neighborhood’s proposal is not feasible and is “out of scope” for the project. 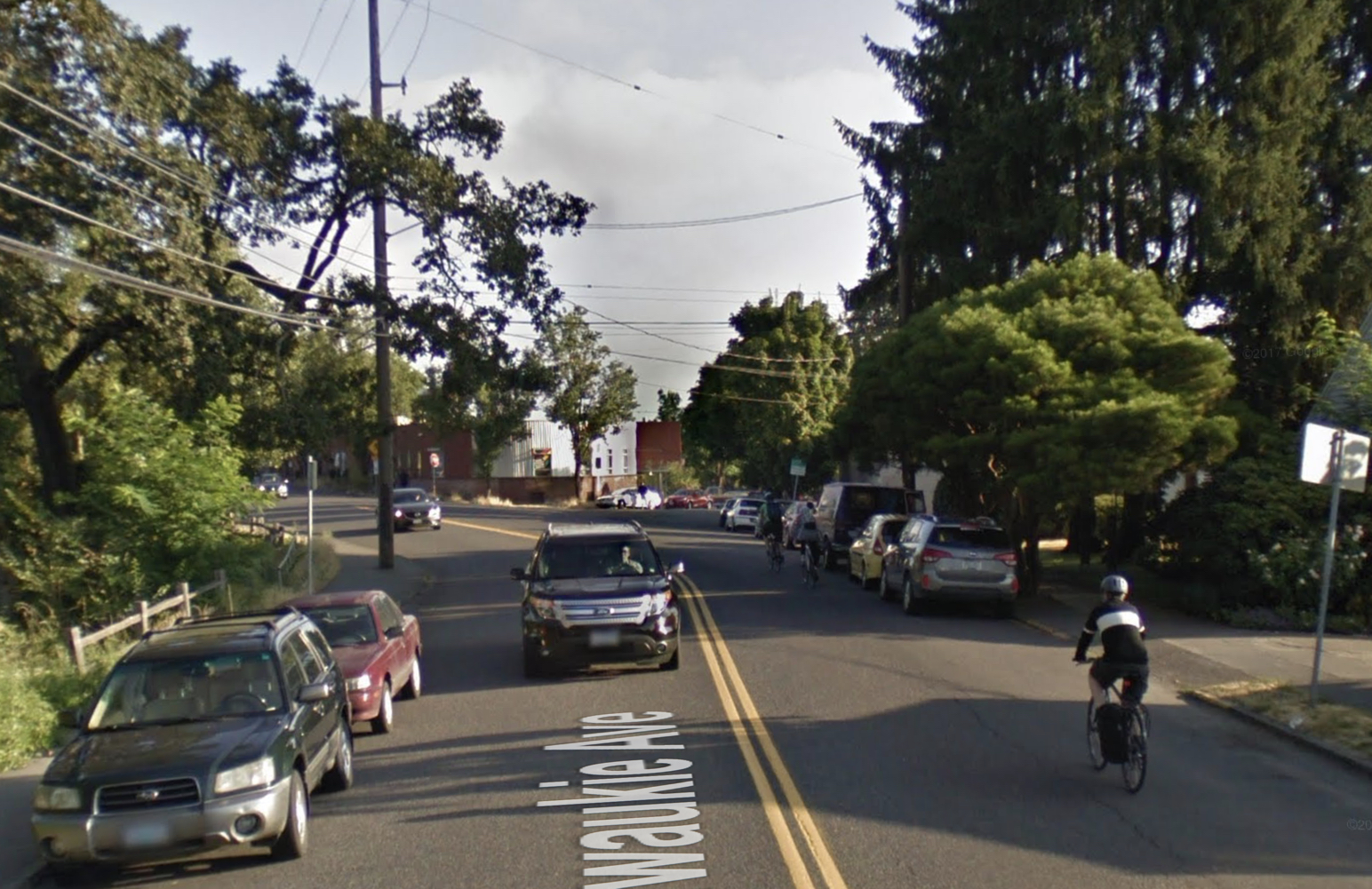 The Portland Bureau of Environmental Service (BES) has already broken ground on a major project to enhance the habitat of the Oaks Bottom Wildlife Refuge. It’s an exciting project for fish who swim in the Willamette; but for humans who ride bicycles it comes with a relatively high cost of convenience. 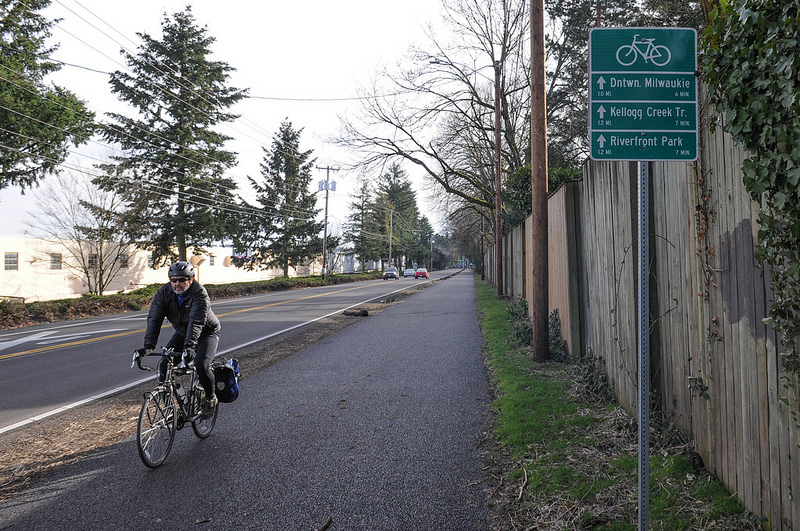 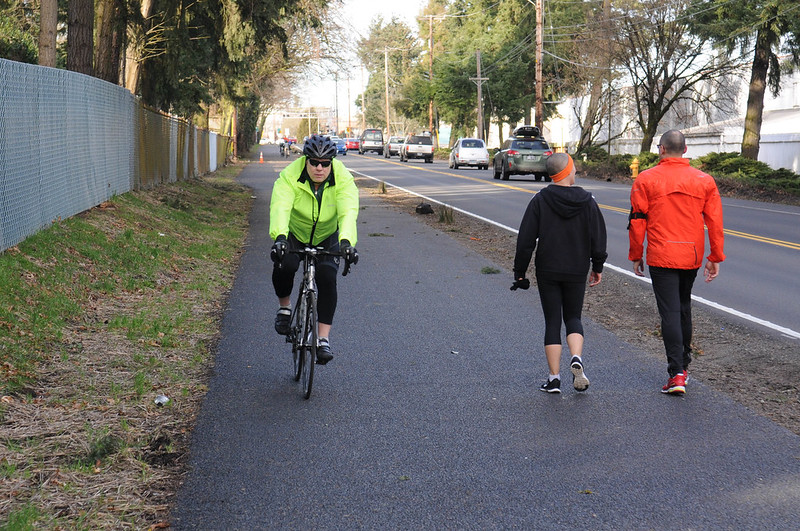 A new path now connects Sellwood to Milwaukie, making the one-mile distance between them feel much shorter. 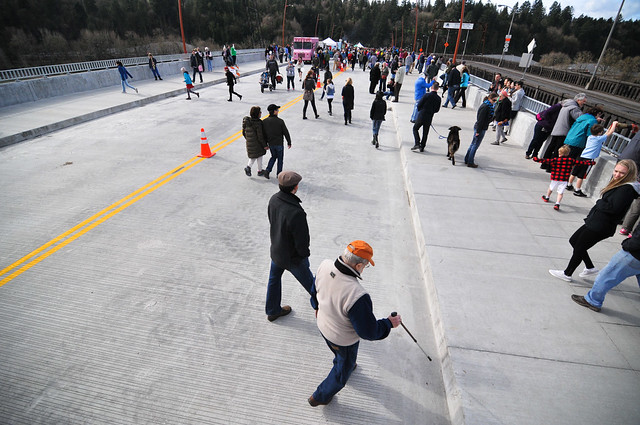 The new bridge during the opening celebration in February.
(Photo: J. Maus/BikePortland)

Multnomah County continues to inch closer to completion of the Sellwood Bridge project; but some of the final changes mean yet another temporary closure.

Starting this Friday the 19th at 7:00 pm through Tuesday morning the 23rd (no later than 6:00 am), the bridge will be closed to all users. When it reopens you’ll notice new lane striping and new traffic signals at each end of the bridge. 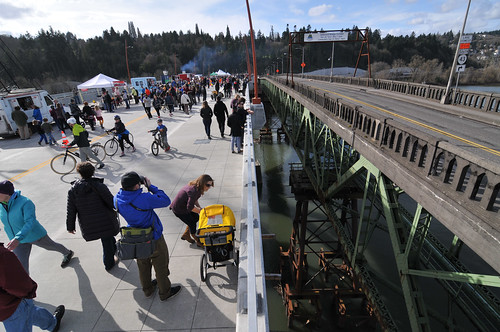 For the second time in less than a year Portlanders got the chance to celebrate the opening of a new bridge over the Willamette River. 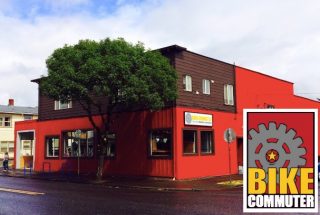 The Bike Commuter at SE 17th and Clatsop.

The Bike Commuter, a neighborhood bike shop that has served the Sellwood area since 2010, is closing its doors.

The Bike Commuter was a family-friendly, neighborhood bike shop owned by Eric and Naihma Deady. When it opened in January 2010, the shop was located at SE 13th and Umatilla on the main bikeway that took people from the Springwater on the Willamette to the Springwater Corridor.

10 months after opening, the shop moved a few doors down. Then in the summer of 2014, they made a major move into a much larger space at SE Clatsop and 17th. Along with more space the Deady’s aimed to make the store a “cycle lounge” with beer, music and community events.