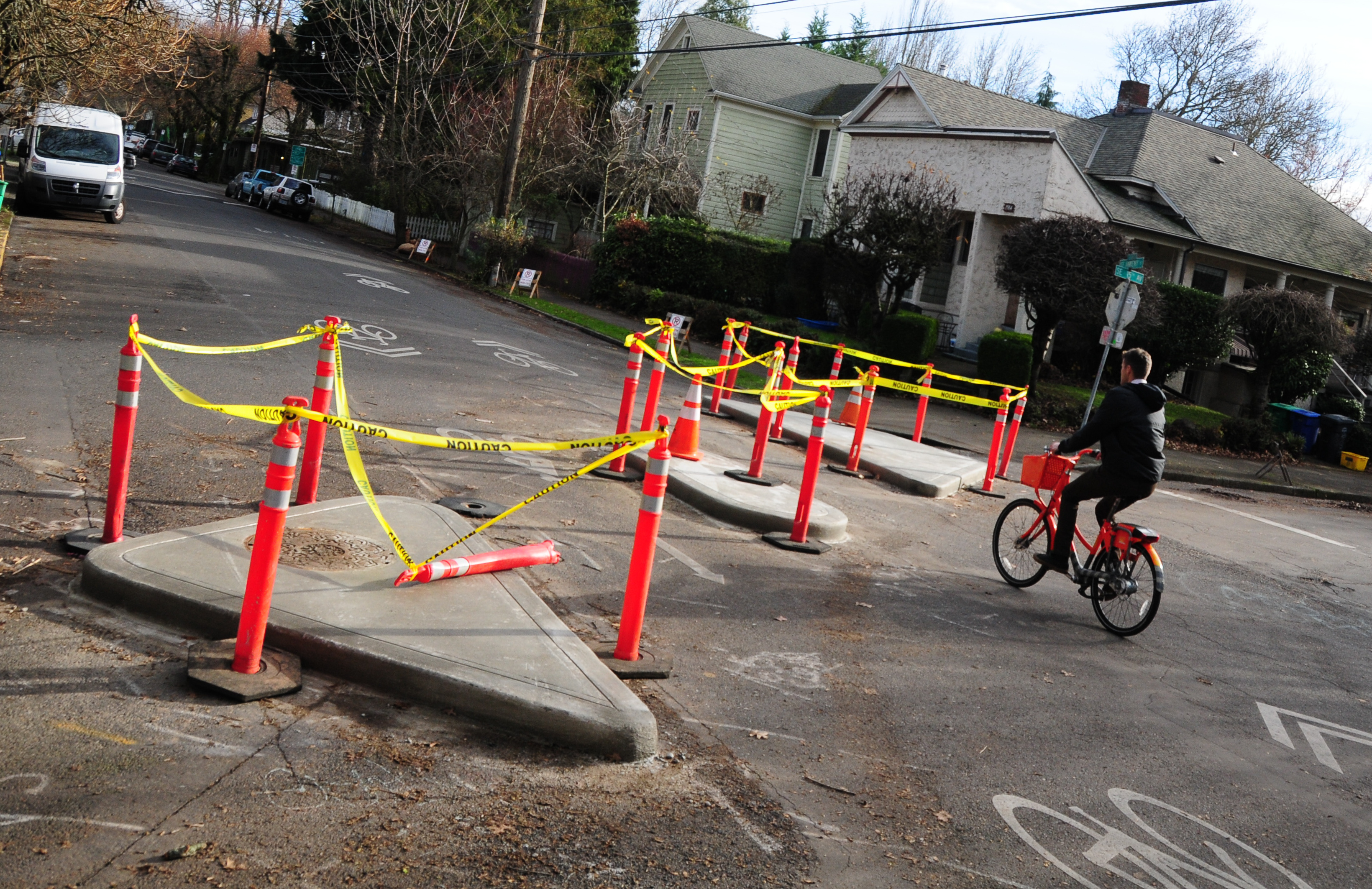 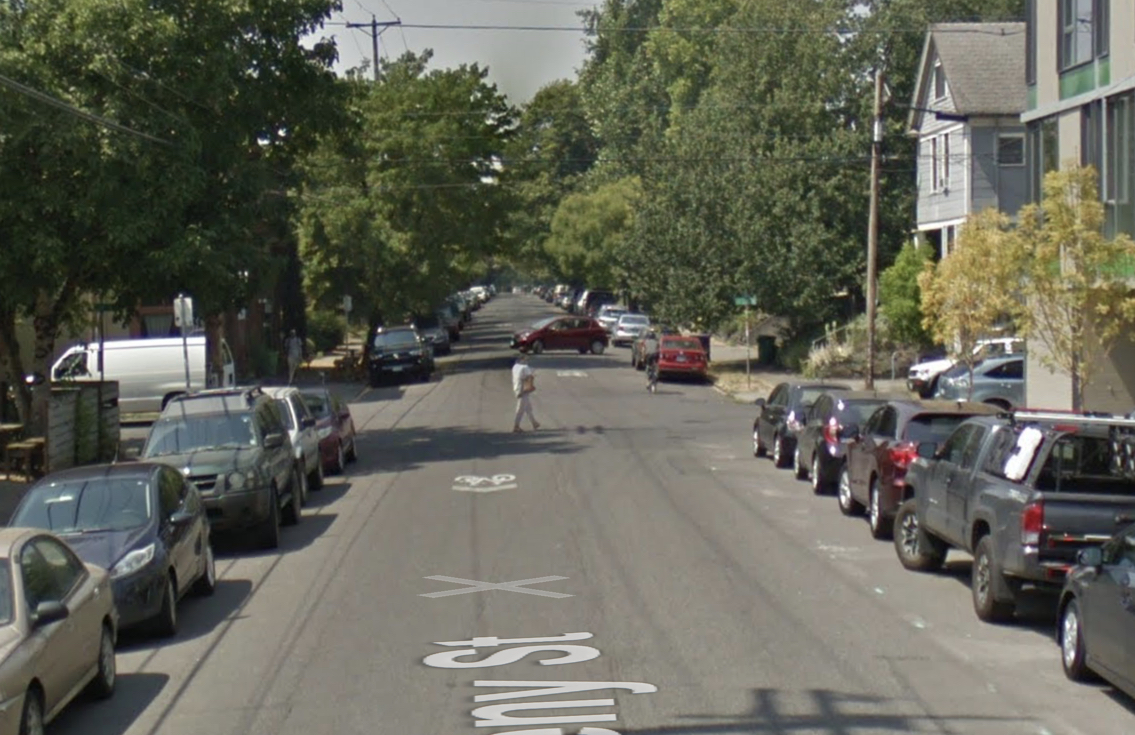 At around 8:30 am this morning a man was biking westbound on Ankeny when he was involved in a collision with someone driving an SUV.

The report first came from Facebook from someone who says they saw it happen. Here’s the account I was flagged on:

“Just saw someone in SUV Traveling at around 30 mph roll the stop sign on SE 24th Street and Ankeny (which is a designated bikeway) and hit a guy on a bike. The guy on his bike was headed west on Ankeny and had the right of way ( no stop sign). He was thrown about 15 feet. I called 911 and the ambulance and cops arrived within 5 minutes. The young man on the bike looks like he has a broken leg and wrist. The woman who hit him was sobbing hard as the cop interviewed her. Hitting someone on a bike with your car will mess them up. Please slow down and pay attention in town.” 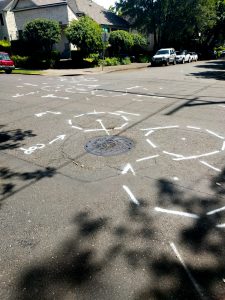 This dispatch from the street comes from contributor/subscriber Ted Timmons

There’s been a lot of coverage of the SE Ankeny bikeway improvements and the city posted their plans, but I rolled through there Friday and noticed it’s actually becoming a reality. The diverter is diagonal with two exceptions: the center section is in line with the bike path and one side of the diverter had to be placed differently to accommodate a manhole cover. 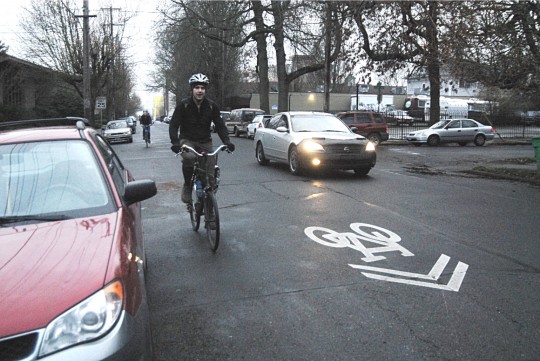 The corner of Southeast Ankeny at 15th. The Imago Dei church is on the left.
(Photo: M.Andersen/BikePortland)

After about a year on hold, proposed improvements to a much-used neighborhood greenway are back in action.

City project manager Sheila Parrott will meet March 10 with the Buckman Neighborhood Association to discuss the need for speed bumps and a new traffic diverter to reduce auto speeds and volumes in inner SE Ankeny Street. 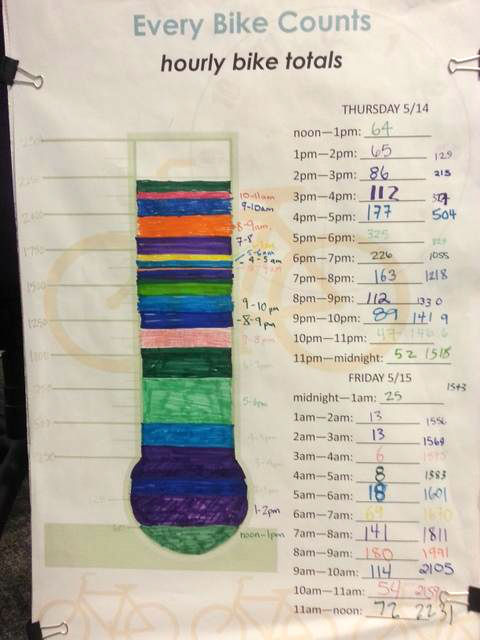 Portland: the city of bikeways that never sleep.

“I think one of our event volunteers said it best,” Taylor Sutton, a city worker who helped organize the first 24-hour count, said in an email Tuesday. “There’s never not a bike on Ankeny.”

Portland’s 10 years of peak-hour bike count data at dozens of locations around the city would be the envy of almost any city in the world. But those counts neglect the many commuters who don’t work traditional office hours, not to mention many of the non-work trips that account for more than 80 percent of our transportation. Sutton said the 24-hour bike count was intended as a way to enrich the city’s understanding of other hours of the day. 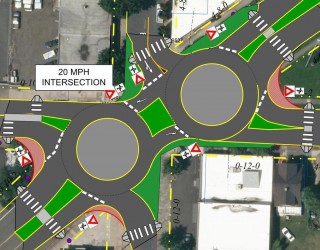 Full size below the jump.
(Image by reader Paikiala)

One of the great joys of BikePortland comments is that they make very clear how rich and deep our city’s transportation expertise has become over the last decade.

After we wrote on Thursday about a small tweak the city made recently to the strange six-way intersection of SE Ankeny, 11th and Sandy, not one but two readers created full-color overhead mockups of alternative ways to design this awkward interchange.

The first, by reader sean, is a sort of linear park that would remove auto access for one block (immediately south of what is today a billboard) in order to reimagine “Ankeny as a destination”: 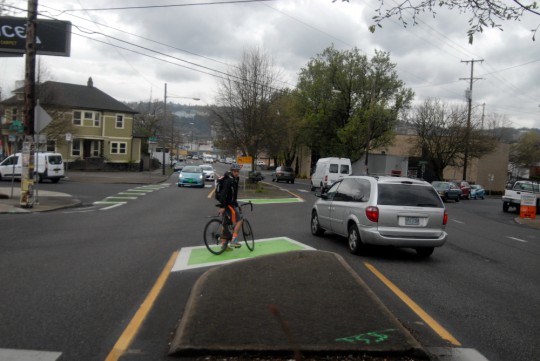 One of Portland’s weirder intersections has a new splash of color.

As part of its repaving project on inner Southeast Ankeny — which has, for the record, greatly improved the ride between SE 11th and Martin Luther King Jr. Boulevard — the city has added some interesting and potentially useful new features to the six-way intersection of Ankeny, Sandy and 11th. 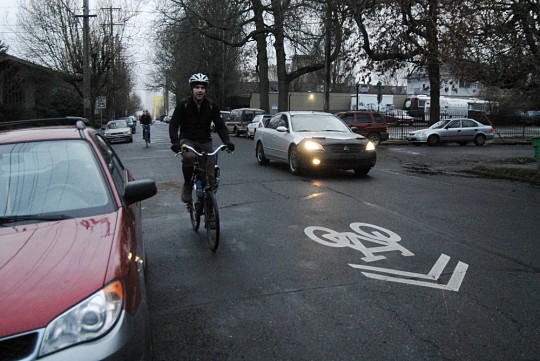 The corner of Southeast Ankeny at 15th, midafternoon on Tuesday. The Imago Dei church is on the left.
(Photo: M.Andersen/BikePortland)

One of the city’s first bike boulevards may be on its way to a quick upgrade.

Southeast Ankeny Street would get additional speed bumps and a new diagonal traffic diverter at 15th under a plan advanced by advocacy group BikeLoudPDX, endorsed by Portland Bicycle Planning Coordinator Roger Geller and tentatively backed by the Buckman Community Association. 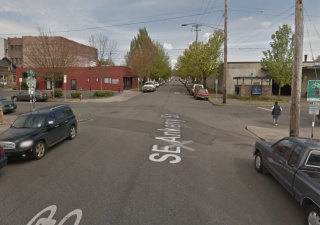 View eastbound on Ankeny at 7th.

Two people, one on a bicycle and one in a car, collided while traveling on SE Ankeny this morning.

According to the Portland Police Bureau (PPB), the incident occurred just before 7:46 am at the intersection of Ankeny and 7th. The collision involved someone driving a car and someone pedaling a bicycle. Here’s more from the PPB statement:

Officers determined that the driver of the car had turned left while traveling eastbound on S.E. Ankeny, onto northbound S.E. 7th. The driver turned into the path of the bicyclist causing the accident.

The driver of the vehicle had stopped prior to turning and did not show any signs of impairment. It appears that the driver did not see the bicyclist.

Yesterday morning I got two reports from readers about a bike/car collision at the intersection of SE 16th and Ankeny. I usually don’t post about every bike-involved collision I hear about; but since two people emailed and it’s on a busy bike street, I figured this one was worth sharing.

Reader Marsha H. wrote in, looking for more information about what happened:

“I went by on my morning commute and saw a young woman on a bike on the ground not moving much, a small but growing crowd of concerned cyclists, and the driver in the collision calling 911.”