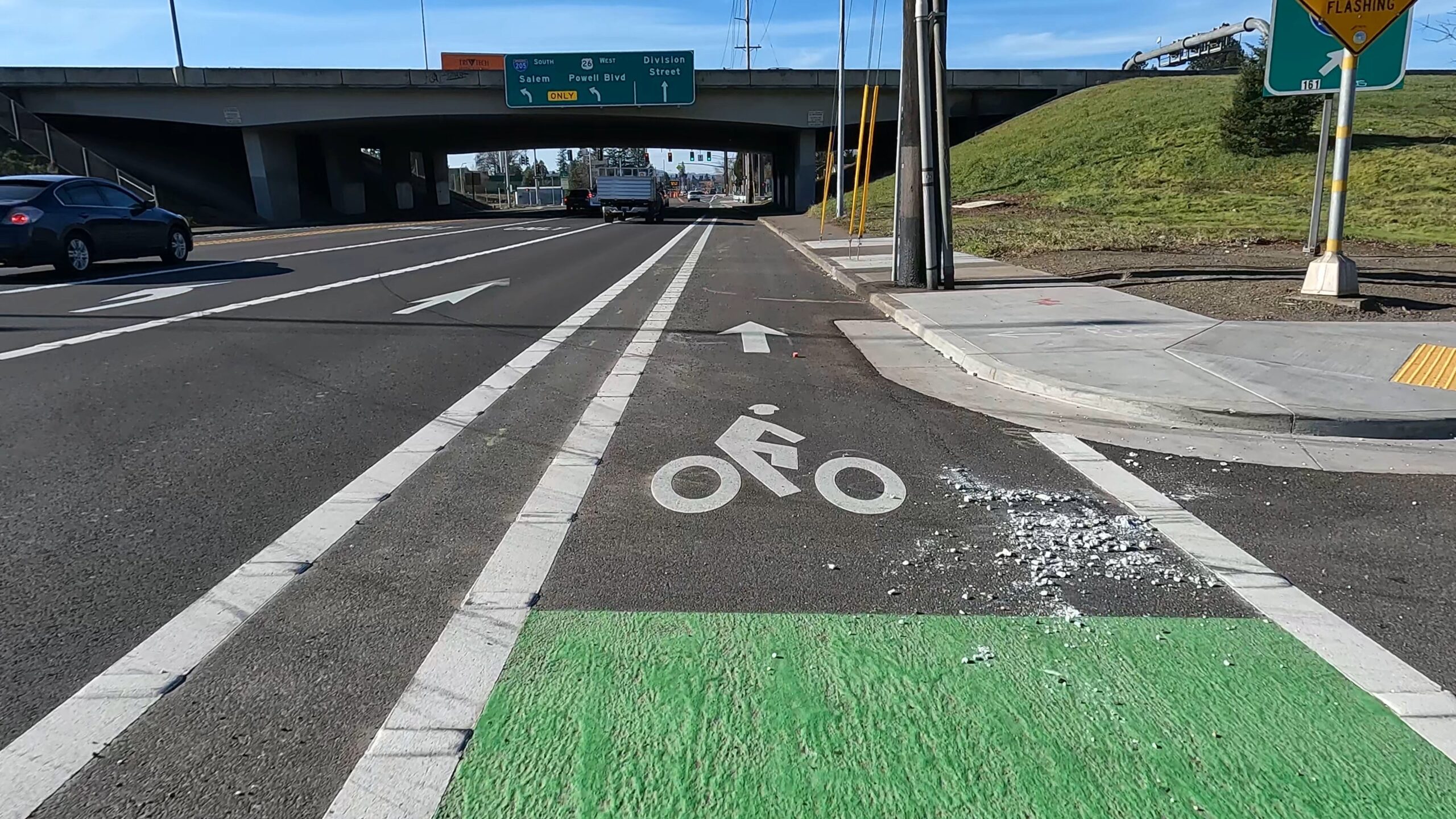 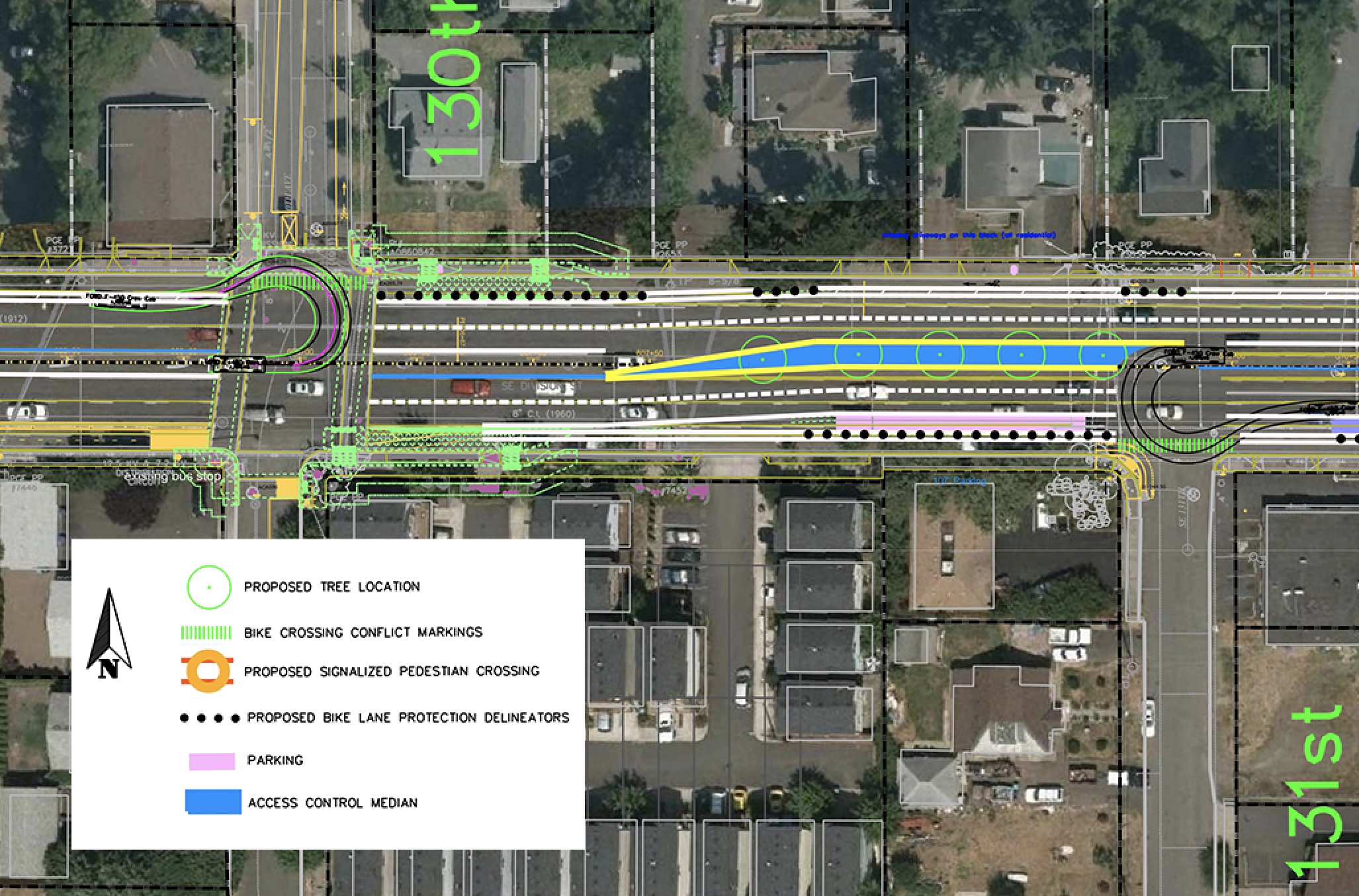 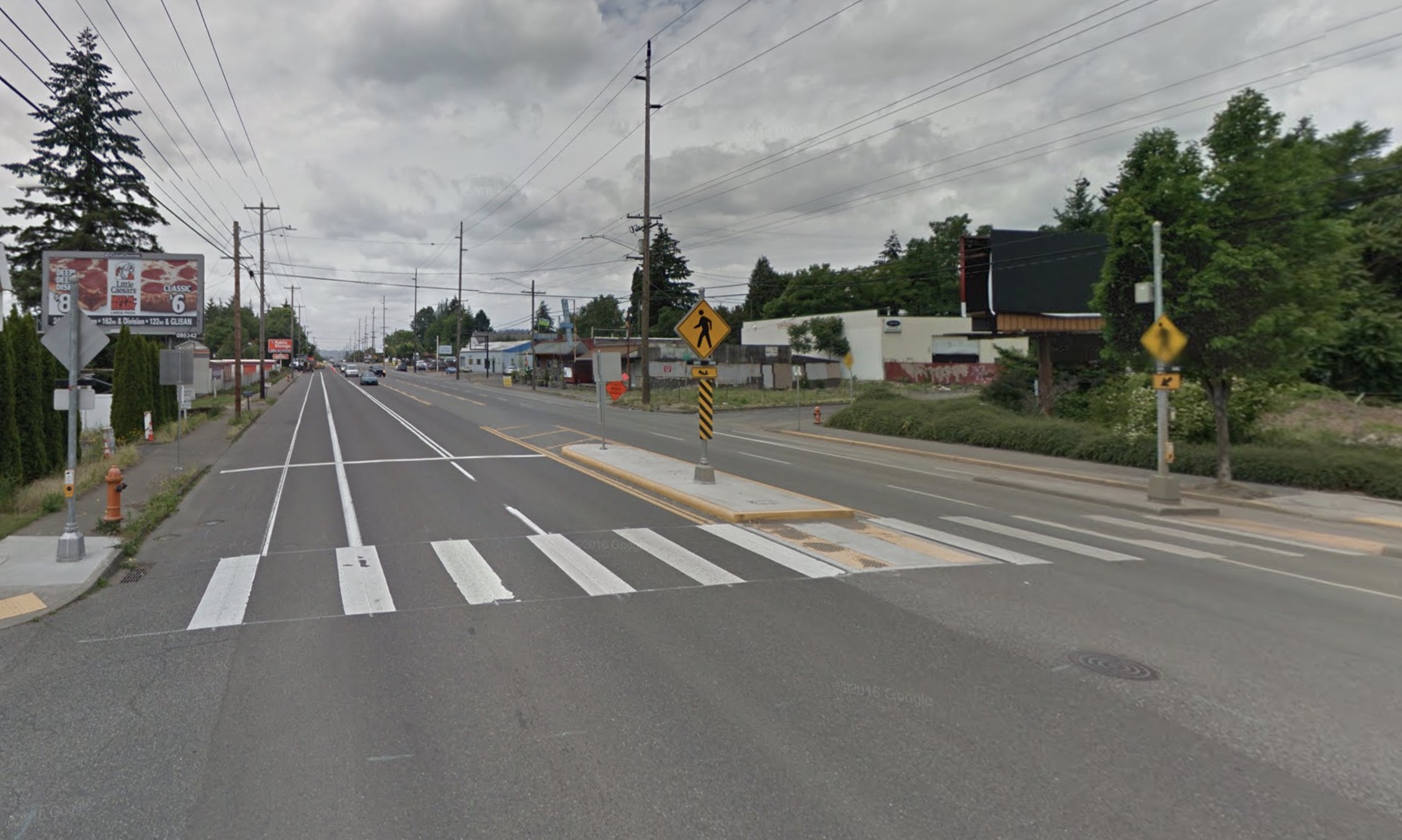 Another person has been hit trying to walk across a notoriously dangerous street in Portland. This time it was a six-year-old girl who was walking with her mom on Southeast Division Avenue.

TriMet is almost at the end of the design phase for the Division Transit Project, and once again they seek our input via an online open house launched this morning. 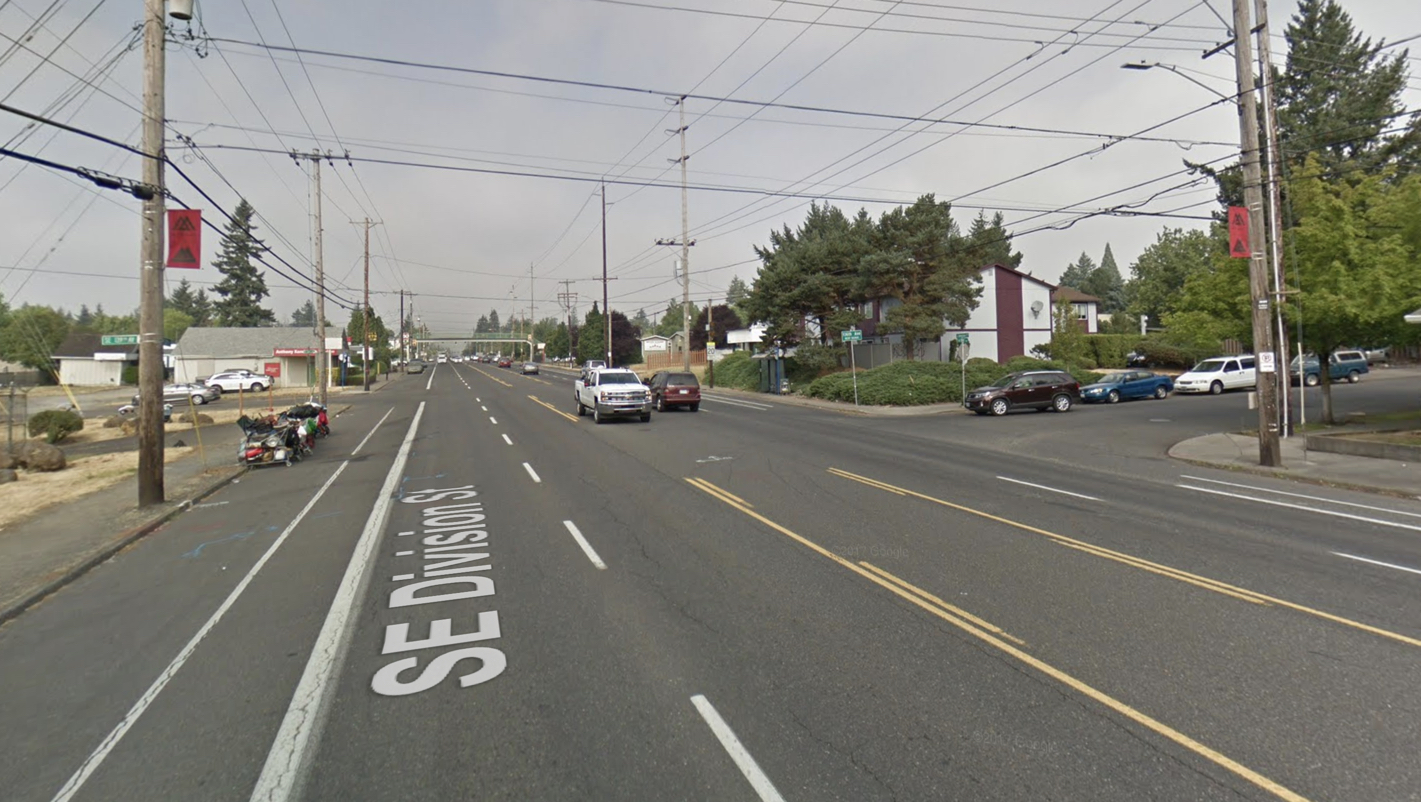 Portland Police have arrested two drivers and are looking for a third in relation to a collision that left another person trying to cross SE Division Street dead last night.

So far the investigation has revealed that an adult female was killed while crossing at SE 138th just after 10:00 pm. 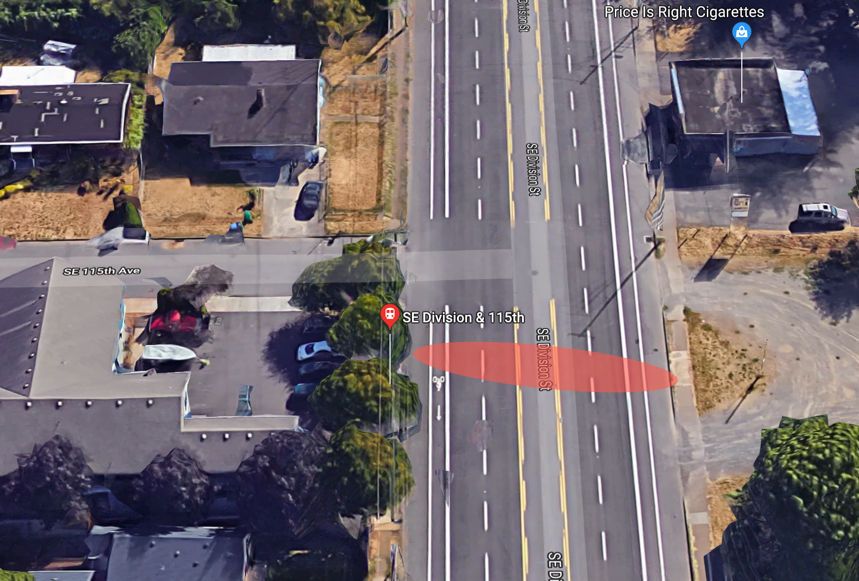 Around 8:30 pm on Sunday night 74-year-old Portland resident Fuk Chan tried to walk across Southeast Division Street near 115th. He was struck and severely injured by a man driving a Nissan Quest minivan. Mr. Chan died in the hospital yesterday.

Based on the Police narrative released so far and from a photograph in a KATU story, it appears the collision happened near a TriMet bust stop on the north side of the street, just west of 115th. There’s a small market on the south side of the street. 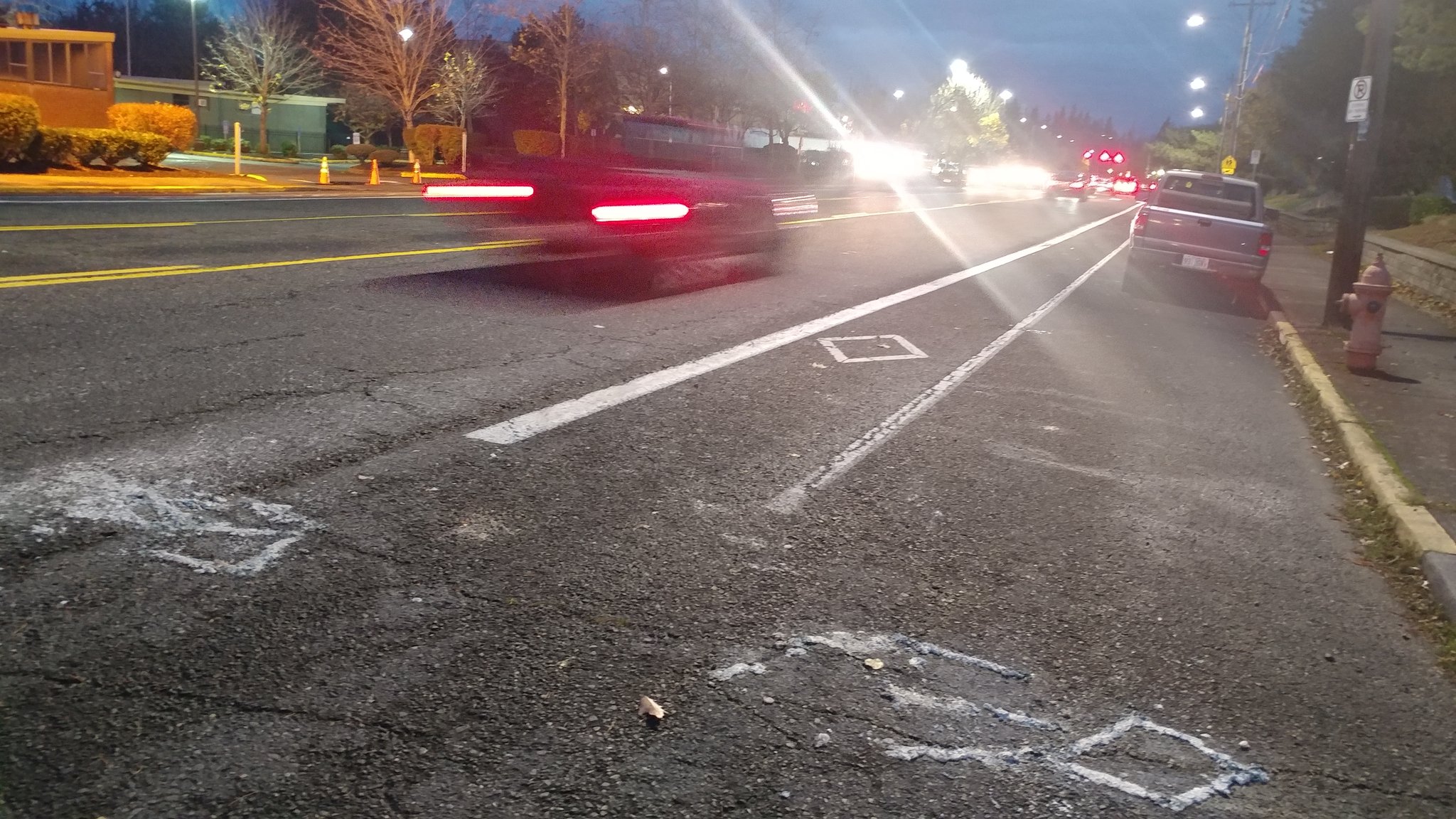 One person was killed and another person sustained life-threatening injuries in two separate crashes this weekend. Both of them happened about one mile apart in southeast Portland.

On Saturday evening around 5:40, Portland police responded to a collision near the intersection of SE 148th and Division. They discovered that a bicycle rider had been hit by a driver and was lying on the ground. “Based on preliminary information,” read their statement, “officers believe the motorist and bicyclist were both traveling south on Southeast 148th Avenue when the bicyclist was struck by the vehicle.”

The man was believed to have “serious life threatening injuries.” 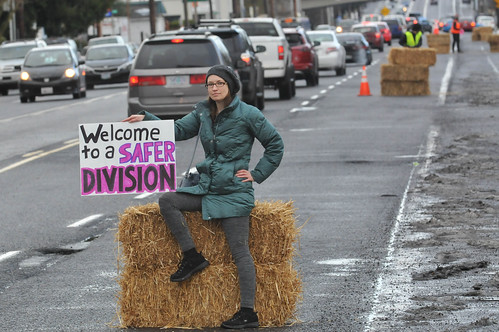 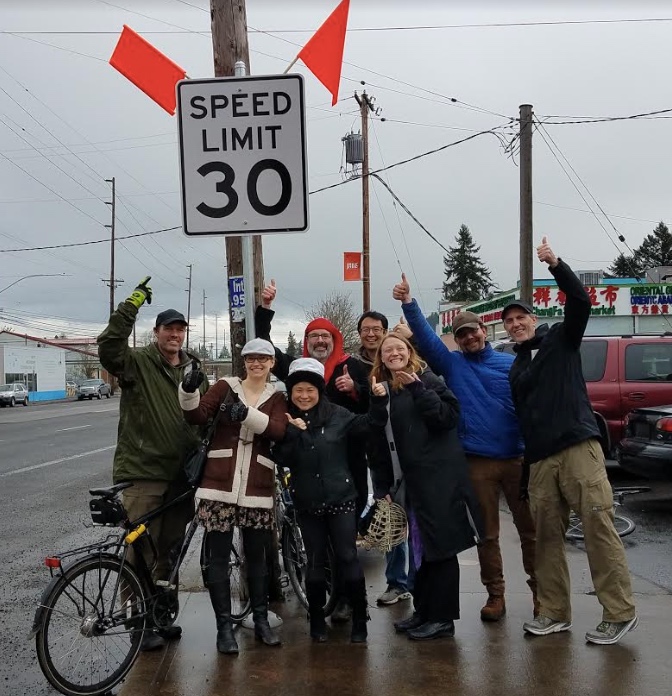 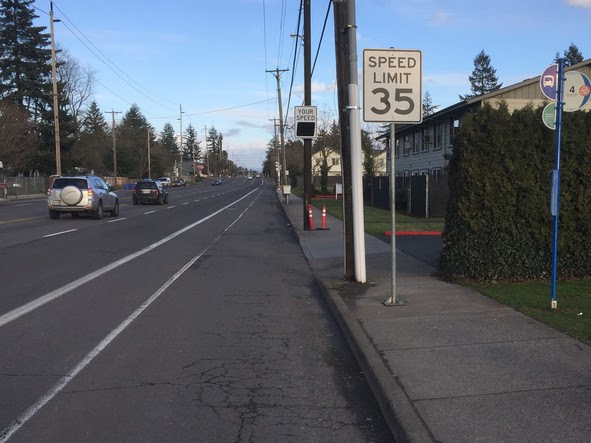 As we reported earlier this month, the move comes as the Bureau of Transportation reacts to a spate of deaths and injuries on the street. The move also comes as the latest example of PBOT flexing its Vision Zero muscles.

Since this passed as an emergency, it can go into effect immediately. PBOT crews will be out on Division Street tomorrow taking down 35 mph signs and replacing them with 30 mph signs. Once the signs are up, the new speed limit will be in place for 120 days. If all goes according to PBOT’s plan, they’ll never have to remove the signs. Upcoming changes to the street intended to slow people down are likely to reduce average speeds to an amount compatible with what the Oregon Department of Transportation prefers to see before granting an official, permanent speed limit change. 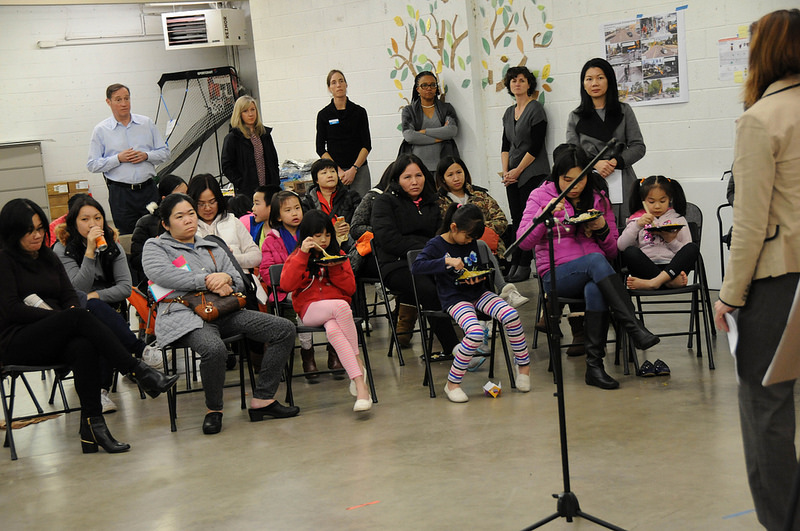 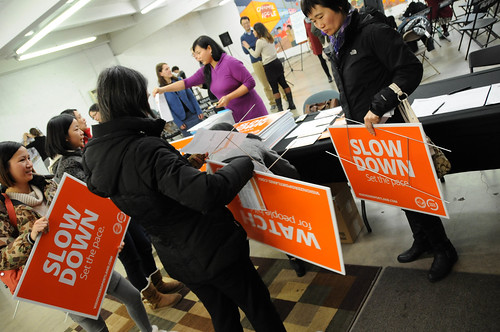 Speaking as the new commissioner-in-charge of the transportation bureau, Saltzman stood in front of a mostly Chinese-speaking crowd and said, “We’re sorry and we’re bound and determined to do something about that.”

18 months ago in the exact same room as the meeting Saltzman attended last night — the Jade/APANO Multicultural Space on the corner of 82nd and Division — the City of Portland launched their Vision Zero effort. The Bureau of Transportation didn’t plan on coming back, but since that celebratory launch five people have died and three others have suffered life-altering injuries on outer Division. When two Chinese immigrants died trying to cross the street in separate collisions within just hours of each other back in December, PBOT swung into action and has been listening and formulating plans ever since.

Last night in a meeting hosted by the Asian Pacific American Network of Oregon, PBOT kicked off a community process slated to end with a plan adopted by City Council this fall. 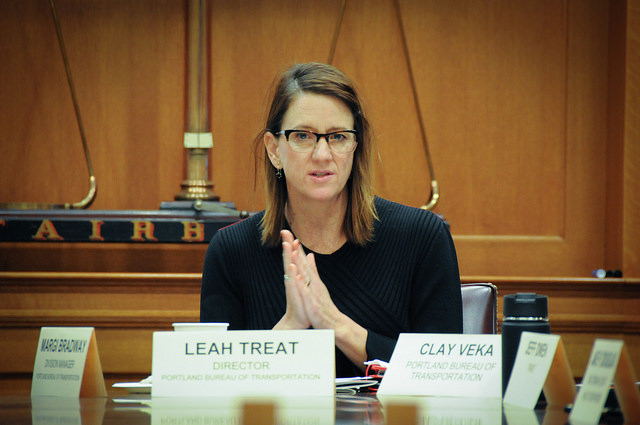 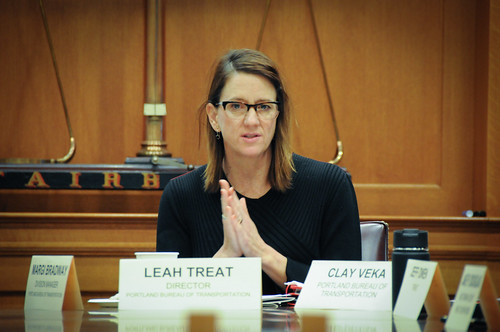 When a city says traffic safety is their top priority, it should be willing to do whatever it takes to make people drive more slowly.

In Portland that means taking a very close look at the Oregon Revised Statutes.

Portland Bureau of Transportation Director Leah Treat announced today that her bureau will seek permission to enact section nine of ORS 810.180 which gives the city the power to set an “emergency speed” without going through the often onerous process of asking for permission from the State of Oregon. (Note: Another section of this same law gives cities the power to reduce speeds on certain residential streets, thanks to a lobbying effort by PBOT in 2011.)

Treat said they’ve decided to take this very rare step in order to keep people safer on outer Southeast Division Street. Back in December two people were killed while trying to walk crossing Division Street in two separate crashes just hours apart. The tragedies sparked outrage from local residents, activists and even top PBOT staff. One day after the deaths, PBOT Active Transportation Group Manager Margi Bradway called neighborhood leaders to talk about the city’s response. Those conversations led to the passage of $300,000 in emergency funding to do outreach and education in adjacent neighborhoods (which are populated by many people of Chinese and other descents who don’t read or speak English).

To continue their focus on taming Division Street, Treat said PBOT will bring an ordinance to Portland City Council on March 2nd asking them to support the move. The existing state law gives PBOT the ability to make this move, but we’ve never heard of it actually being done.