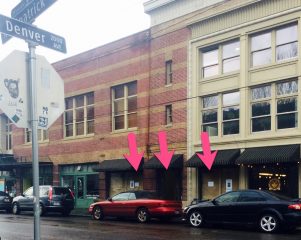 Upcycles moves out of Woodlawn 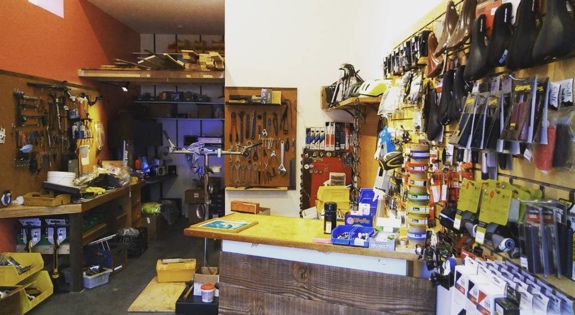 After nearly six years (we profiled the shop when it opened in 2010), Upcycles is leaving its location on Dekum Street in the Woodlawn neighborhood. Kai Druzdzel’s shop had become a fixture in the neighborhood with its location on the “Dekum triangle” next to Woodlawn Park and across the street from popular Breakside Brewery.

But Druzdzel tells us he had a “substantial rent increase” on the horizon and wasn’t able to negotiate a long-term lease. He also knew the shop needed more foot traffic, “especially from tourists”. He just signed a five-year lease at 5516 NE 16th Avenue. That location puts Upcycles right in a fast-growing section of Killingsworth that has about seven newish restaurants (including Podnah’s BBQ) and a new apartment building. “I will have much more visibility, and I’m just three blocks north of NE Alberta St,” Druzdzel notes.

As always, the focus at Upcycles will be friendly service and sales. The shop offers bikes from Raleigh, KHS and Public. They also have “upcycled class used bikes” and custom builds using frames from Soma and Velo Orange. For people visiting the neighborhood, the shop offers rentals through Spinlister. 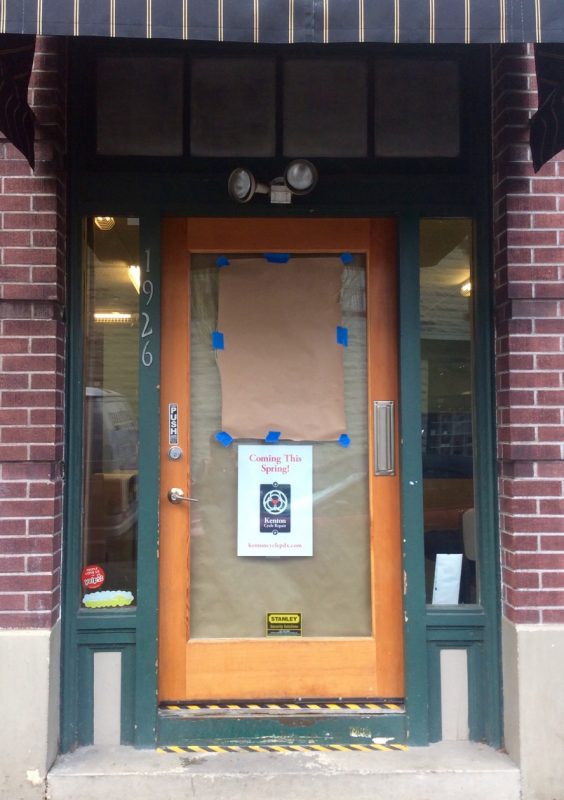 Last week’s break-in can’t stop the progress of Kenton Cycle Repair’s Rich Walker. He’s in the process of building out a new space at 1926 N Kilpatrick in the heart of downtown Kenton. It’s just a few blocks from his current location.

This shop is moving mostly because it had outgrown the 900 square-feet of the original location it has been in since late 2012. The new location is 1,900 square feet and Walker says he and his staff are very excited. “It will provide space for community to happen and customers will be able to comfortably browse.” KCR sells bikes from Raleigh and Soma and has all the accessories every hearty Portland bike rider needs. Walker also keeps an extensive selection of used parts on-hand.

The new shop will also have more space for both staff and customers to work on bikes. KCR will have a separate workbench and complete set of tools that customers can use after buying a membership or paying an hourly rental fee.

Walker says the new location should be all ready to go by May 1st.

— Connect to KentonCyclePDX.com and stay tuned for a possible bike move.

All the bike businesses at Williams and Page.

Contrary to what we reported back in November, Metropolis Cycles (2249 N Williams) is not moving across the street. The shop on Williams and Page opened in 2008 and owner Nathan Roll says plans for the move fell through. The reason? The new building would have required too much investment to bring it up to code and have the features Roll wanted.

Roll also tells us that he was able to negotiate a five-year lease extension with his current landlord, which made the idea of staying put much more appealing (he thought he’d only get a two-year extension).

But wait, there’s more! Even though the move isn’t happening, Roll says he still plans to add a bar to the existing location. Expect some remodeling and upgrades to start once the summer busy season winds down.

Breadwinner Cycles is opening up a new workshop and cafe on North Williams!

“We have always wanted to be a bigger part of our community here in Portland, but have never had the space for it.”
— Tony Pereira, Breadwinner Cycles

The news is just leaking out on social media and we’re awaiting more details, but it’s all confirmed: The bikemaking duo of Tony Pereira and Ira Ryan are planning a move to the corner of North Page and Williams — the same space Metropolis Cycles was hoping to move into — and they’re opening the Breadwinner Cafe.

Pereira shared via email this morning that, “We have always wanted to be a bigger part of our community here in Portland, but have never had the space for it. The cafe and the shop will be a place where people will want to start or end their rides, or just come to hang out. The location couldn’t be better.”

This new cafe will solidify Williams as the best bike street in Portland and it will create a bikey hub of sorts. Not only is Metropolis Cycles across the street from the new cafe, they also share a building with two other bicycle makers: Joseph Ahearne and Christopher Igleheart (those two have, incidentally, created Page Street Cycles).

Pereira and Ryan hope to open their new cafe in June.

NW Pro Gear (BP profile 2014) and Performance Bicycle — two shops that serve Portlanders east of 82nd Avenue — recently showed how our community comes together to help those in need. As reported by the Portland Police Bureau yesterday, the shops donated parts and labor to a man whose bike was badly damaged in a collision. Check out the full story below…

Recently, two community members stepped forward to help officers assist a man in need. We want to thank NW Pro Gear and Performance Bicycle for their generosity involving a local man who was involved in a collision while riding his bike. The man managed to jump off his bicycle before the crash, but his bike was badly damaged. Unfortunately, the man, who is from El Salvador, spoke little English and was unable to obtain the correct information from the driver. Officer Carlos Ibarra, who is fluent in Spanish, Officer Wayne Schull and Officer Daniel Tatro, learned the man needed a bike to ride to work each day. Without it, it took him up to two hours to travel each way to work. Officers contacted Dimitriy Kuzmich of NW Pro Gear who offered to help without hesitation. The man received a new bike, plus fenders, a rear light, and installed them – all free of charge along with a one-year maintenance warranty. In addition, officers contacted Terry Shirley at Performance Bicycle who gave the man a brand new helmet as well as his own recently purchased re-chargeable light for the bicycle so the man can be easily seen at night. The officers picked up the man and took him to lunch and then to NW Pro Gear to surprise him with the new bicycle, helmet and lights. Coming from El Savador, the man was not always trustful of police. He was extremely thankful for the generosity of all involved.

I’m glad we were able to help and would like to thank the community for supporting our shop and giving us the opportunity to be able to help others. We will continue to give one bicycle away every month for one year to someone that is in need of a bicycle for transportation and has financial or other barriers that keep them from getting a bike. Just share your story on our Facebook page #NwProGear

Thanks Jonathan! Last week I rode BikeTown to check out the southwest end of the Sellwood Bridge you’d reported on. Then I stopped by Splendid Cycles on my return back into the zone via Springwater and was pleasantly surprised to see they’ve expanded a bit. Can you report on their expansion?

Good things happening in East Portland!!!!!
Thanks to NW Pro Gear and Performance…..

Looking forward to the BW cafe!

Remember back in the day (like the 70’s and 80’s) when bike shops were just bike shops? Now, you can shop, get a great beer, coffee or what-have-you at shops all over.

Cyclepath is a great example of this. It’s a great place just to go and hang out.

Bike Clark County has just opened up a shiny new repair shop and retail space in downtown Vancouver. Thought you should know!

Great news about Metropolis and Breadwinner Cafe! It’s great to have more development on that part of Williams, too.

Vote Up0Vote Down
« Get ready Portland, here comes the Ladd’s 500
‘Safe routes to school’ bill moves out of committee with 8-1 vote »