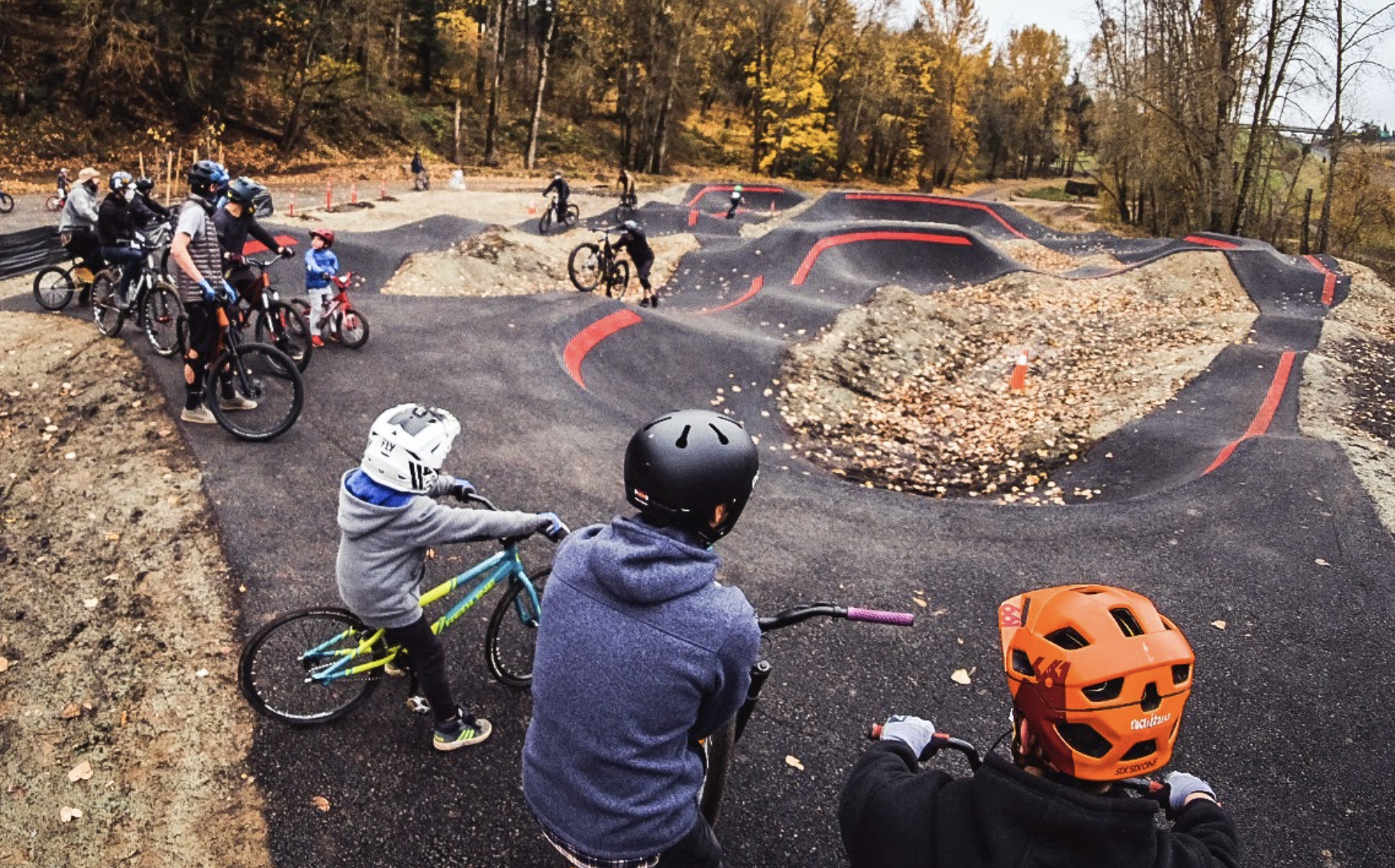 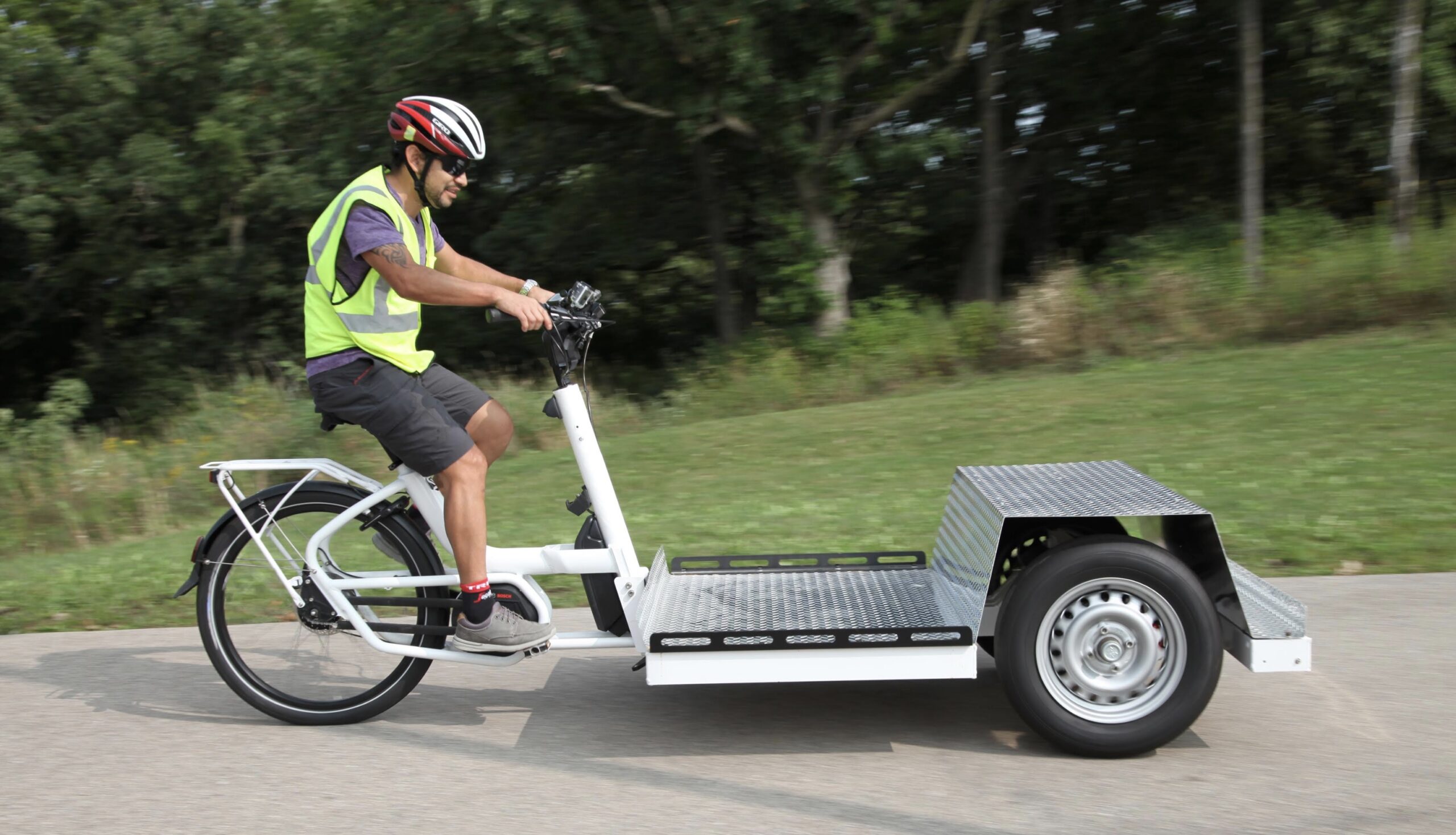 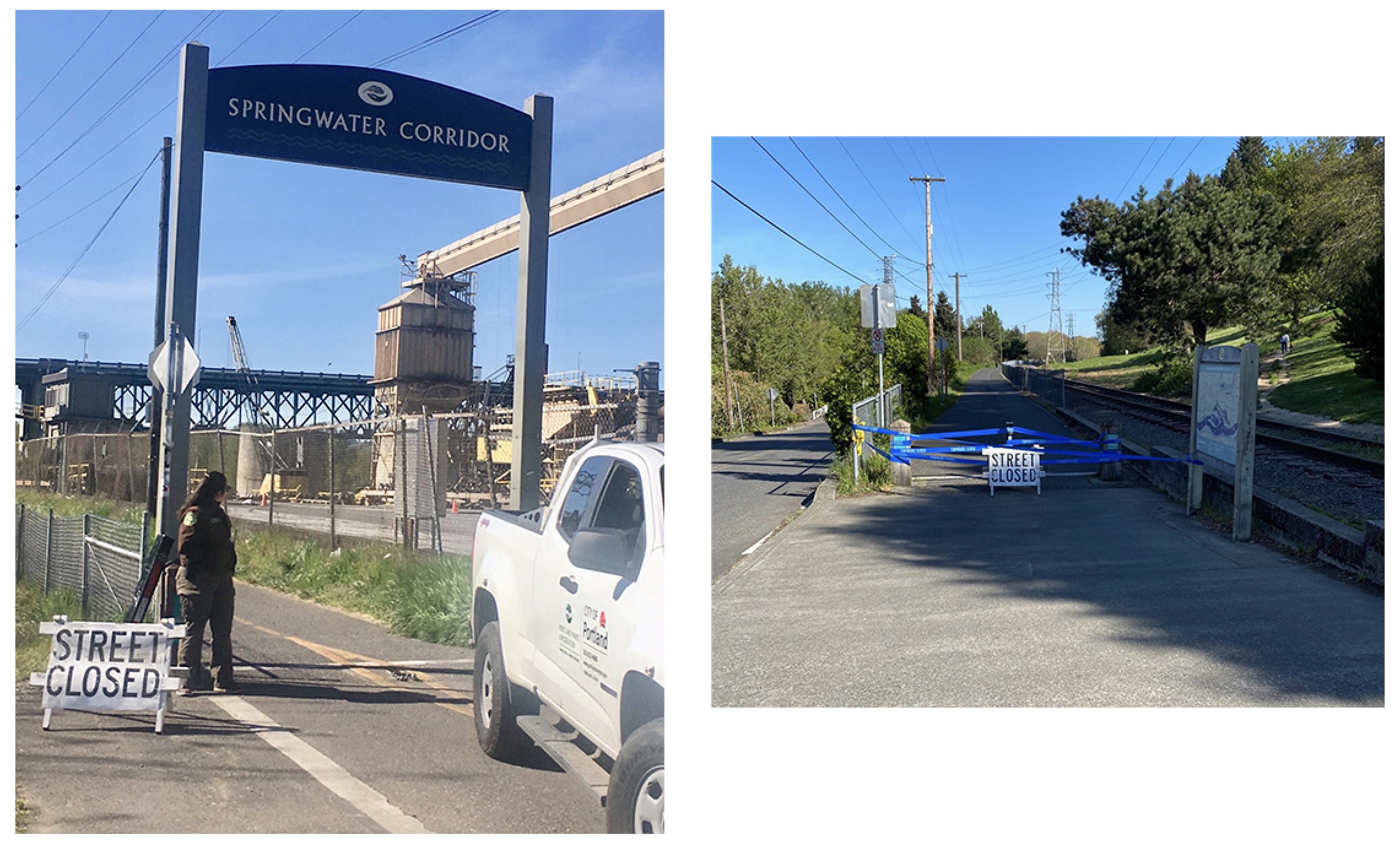 A popular, three-mile section of the Springwater Corridor path is closed this morning. It’s unclear which agency is responsible or how long the closure will last.

Photos tweeted by BikePortland readers this morning show a Portland Parks truck and what looks to be a park ranger along with “STREET CLOSED” signage at the main entrances on SE 4th and Ivon Street and at SE Spokane Street in Sellwood (at Sellwood Bridge).

This section of the path is a crucial link in our transportation network. Other options for bicycle users like SE Milwaukie and SE 17th avenues are much more dangerous and out-of-direction. With more people biking and walking during the coronavirus quarantine, the Springwater has become very crowded despite it not being wide enough for safe social distancing. 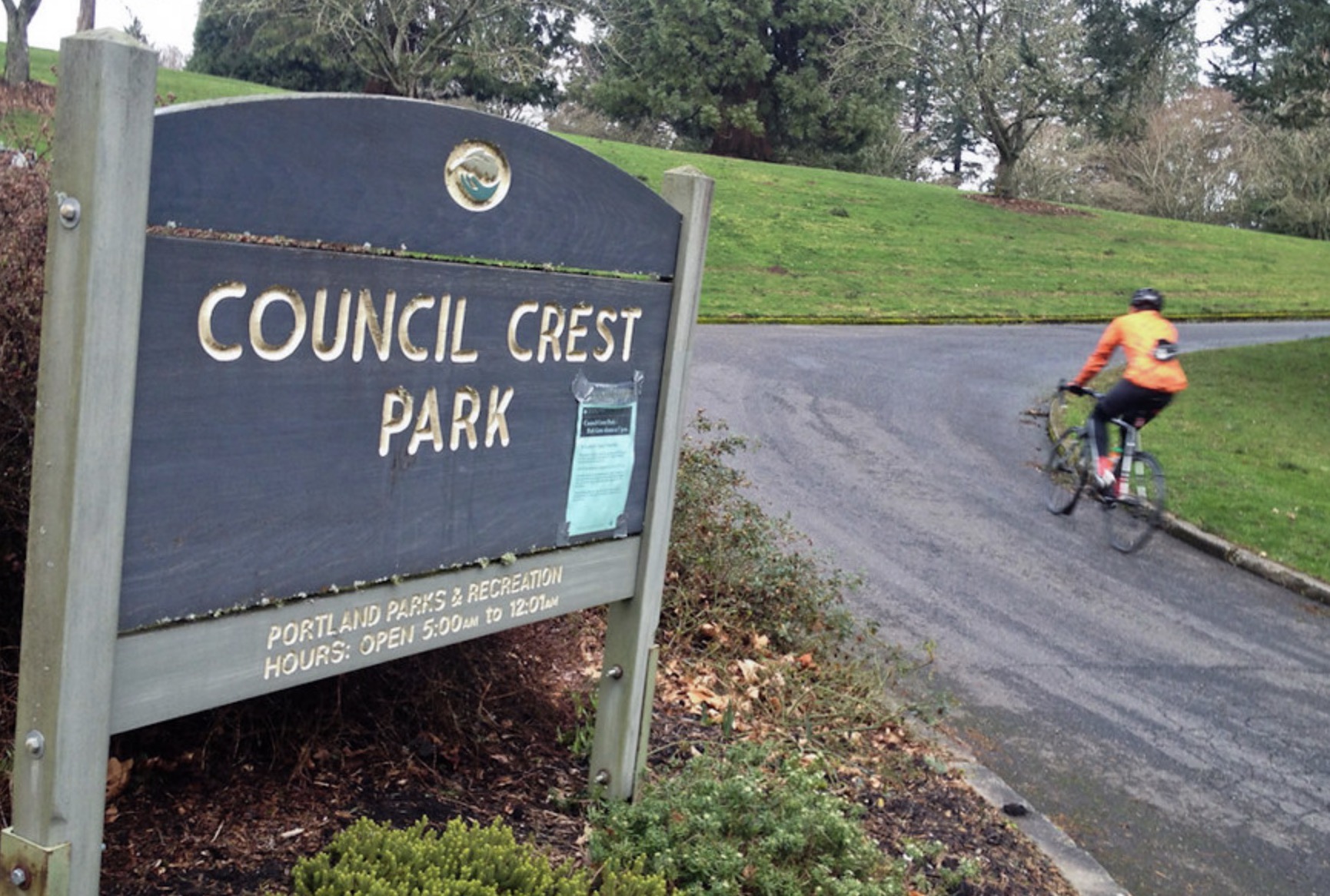 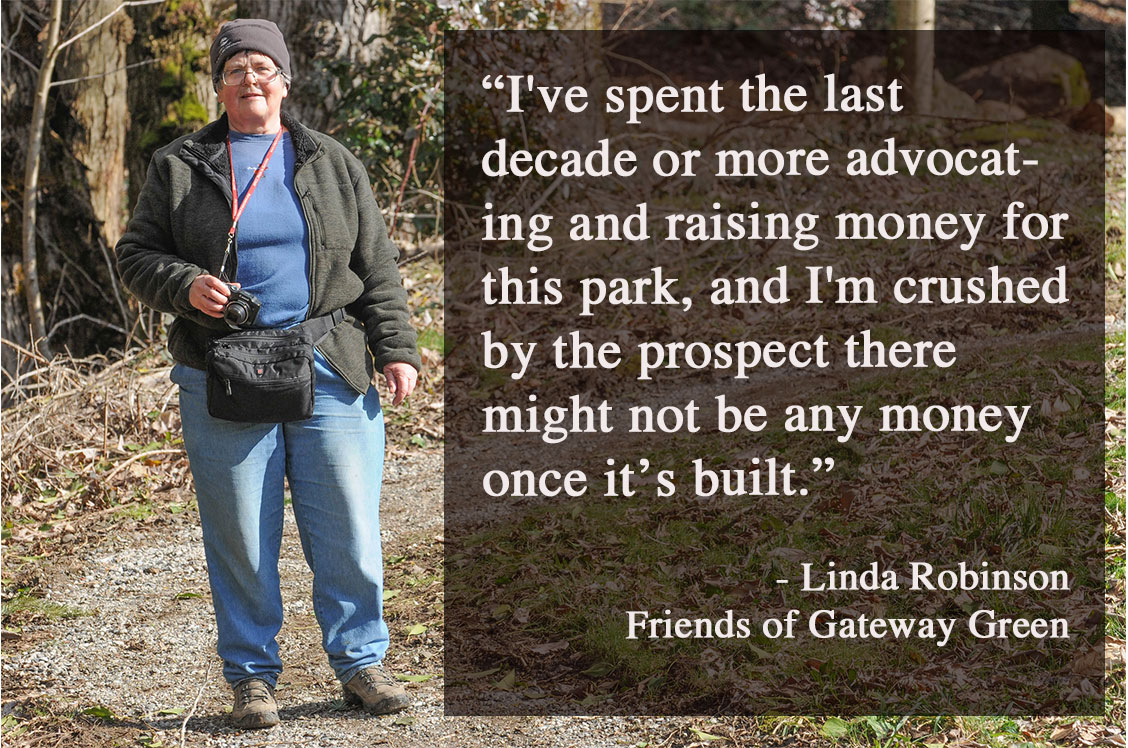 As you might have already heard, Portland Parks & Recreation is facing a budget gap of $6.3 million. To right the ship, the bureau has proposed eliminating over 50 full-time employees, reducing admin costs, closing community centers, and more.

One element of the Parks budget we’re watching closely is how operations and maintenance dollars will be allocated. Or whether they’ll be allocated at all. 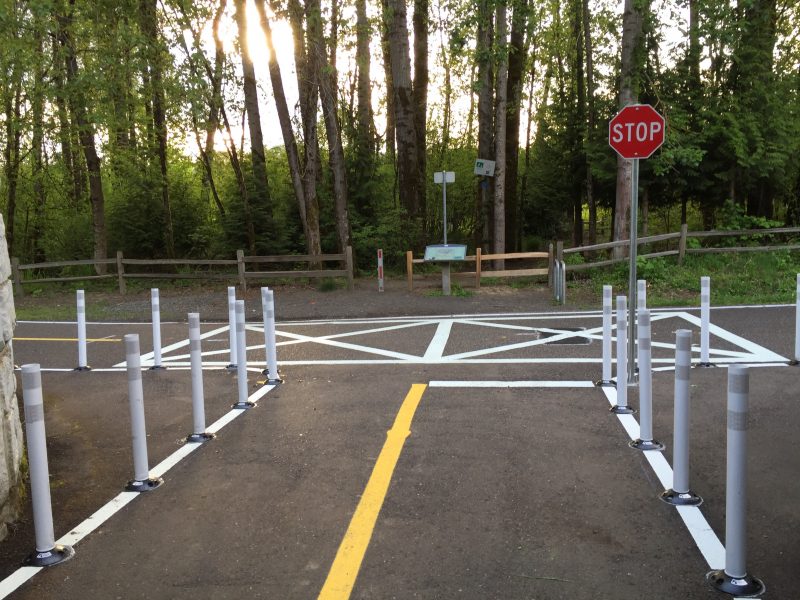 We regret to inform you about another situation where someone suffered serious injuries at a location with a known history for posing hazards to bicycle riders.

On January 29th just before noon, Hien Nguyen was biking northbound on the Springwater Corridor path. As he rolled downhill toward the intersection where another path intersects with the Springwater (about 1.8 miles south of the path entrance at SE Ivon Street, below the Oaks Bottom Wildlife Refuge trailhead parking lot), Nguyen says a woman on a skateboard “appeared out of nowhere directly toward my path.” Nguyen didn’t hit the woman, but he ran over her skateboard, flew over the handlebars and landed head first on the pavement. 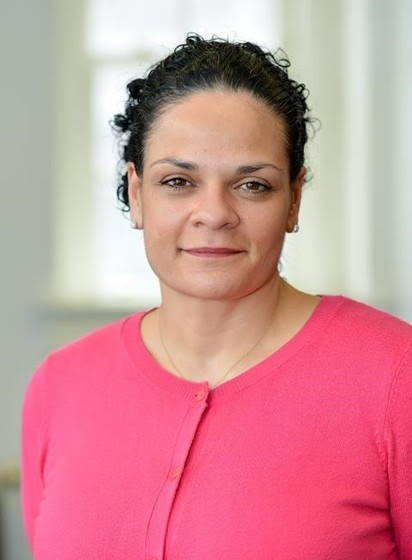 Long replaces Mike Abbaté who resigned the position back in May.

According to Fish’s office, Long has over 20 years of experience with the New York City Department of Parks & Recreation and, “brings deep operational experience and a record of collaborative and innovative leadership.” Here’s more about Long:

A native New Yorker, Adena began her NYC Parks career as a seasonal Urban Park Ranger in 1997. She steadily moved up the ranks, and in 2010 became the first woman, and youngest-ever, to serve as Parks Borough Commissioner for Staten Island.

In 2018, she was recognized as manager of the year for New York City Parks. Adena has served as Deputy Commissioner for Urban Park Service and Public Programs since 2016.

According to the NYC Parks website, Long is a native New Yorker who received her Bachelors degree from the School of Agriculture and Natural Resources at the University of Connecticut and earned a Master of Science in Non-Profit Management from the Milano School of Management and Urban Policy at The New School.

The Director of Parks is an important position for advocates and all Portlanders who enjoy cycling. Parks manages places like Riverview Natural Area and Forest Park where off-road cycling access has been a hot-button issue. Also consider places like Gateway Green where Parks has put cycling front and center. Other areas where cycling intersects with the Parks bureau is on paths inside and adjacent to Parks-owned facilities like the Eastbank Esplanade, Waterfront Park, SW Terwiliger Blvd, the Springwater Corridor, and many others.

Long’s first day on the job will be February 19th. We look forward to getting to know more about Long and working with her to improve cycling in and around Portland parks. Welcome to the west coast Mrs. Long! 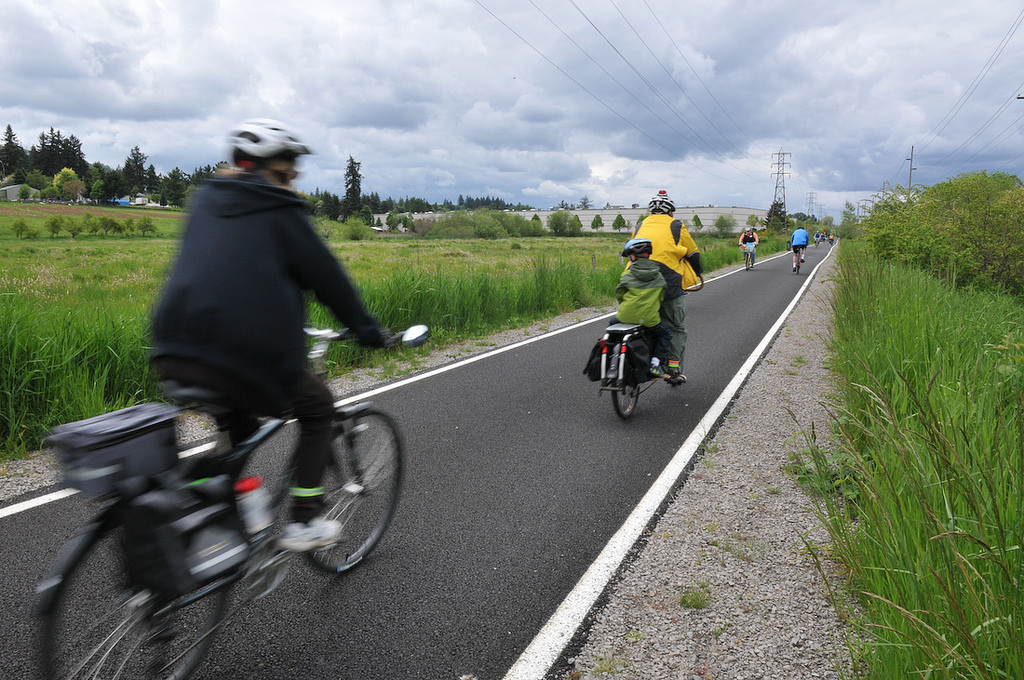 Last summer we stumbled upon an inconvenient truth about electric bike use in Oregon State Parks. It turned out that despite their popularity, it was illegal to operate e-bikes on State Park paths and trails.

Thankfully, the Oregon Parks and Recreation Department (OPRD) acknowledged the outdated rules and the State Parks Commission recently approved new ones that explicitly permit e-bike use on their facilities.

Now it appears the City of Portland might have the same problem. 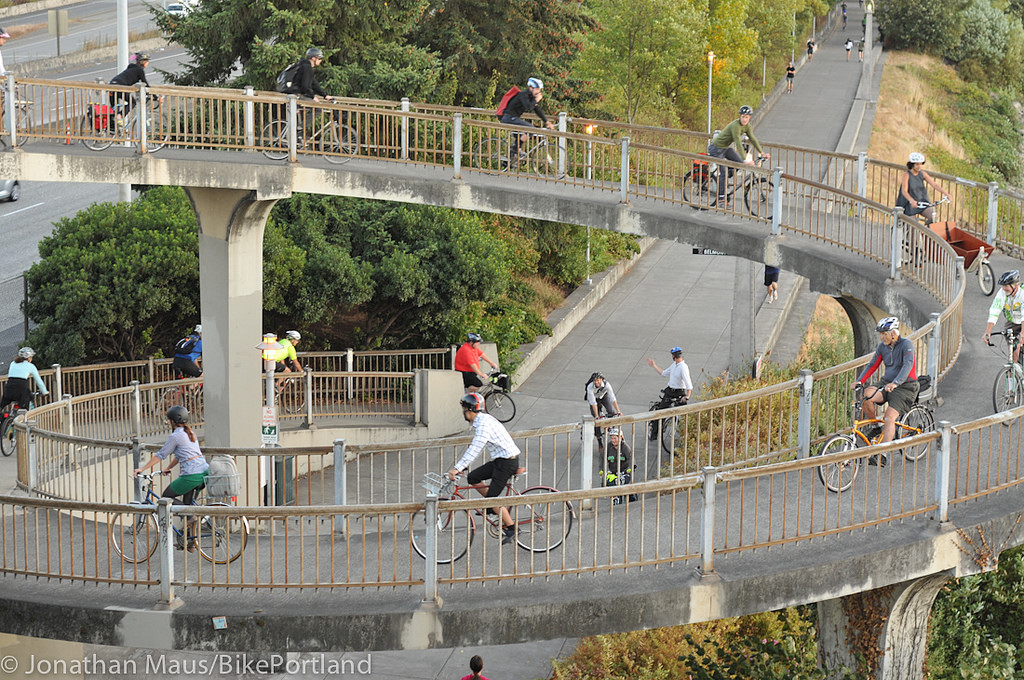 The Portland Parks & Recreation bureau is bracing for budget cuts that could have a significant impact to marquee paths citywide.

The City Budget Office has recommended a reduction of $2.1 million from the Parks budget. “This level of cuts,” the Bureau said in a blog post last month, “will significantly impact our programs.”

There are two line items in the budget advocates are focusing on: One of them would slash funding for path maintenance; the other would offer a much-needed boost for the beloved Eastbank Esplanade. 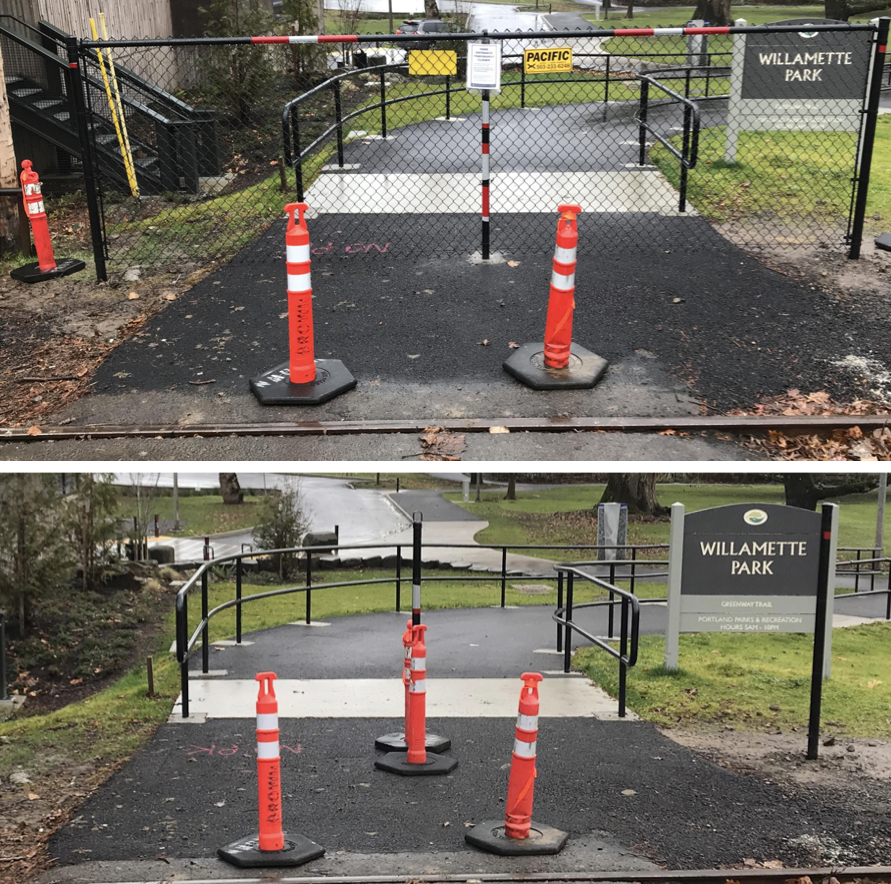 The Nevada Street entrance to Willamette Park was abruptly closed last week. This path is listed as a recommended bikeway and featured in popular maps produced by both the City of Portland and Metro. The decision by the Portland Parks & Recreation bureau to erect a black, chain-link fence was made without any public warning and it stems from a multi-year jurisidictional negotiation between the Oregon Department of Transportation and the City of Portland that spans more than three years. 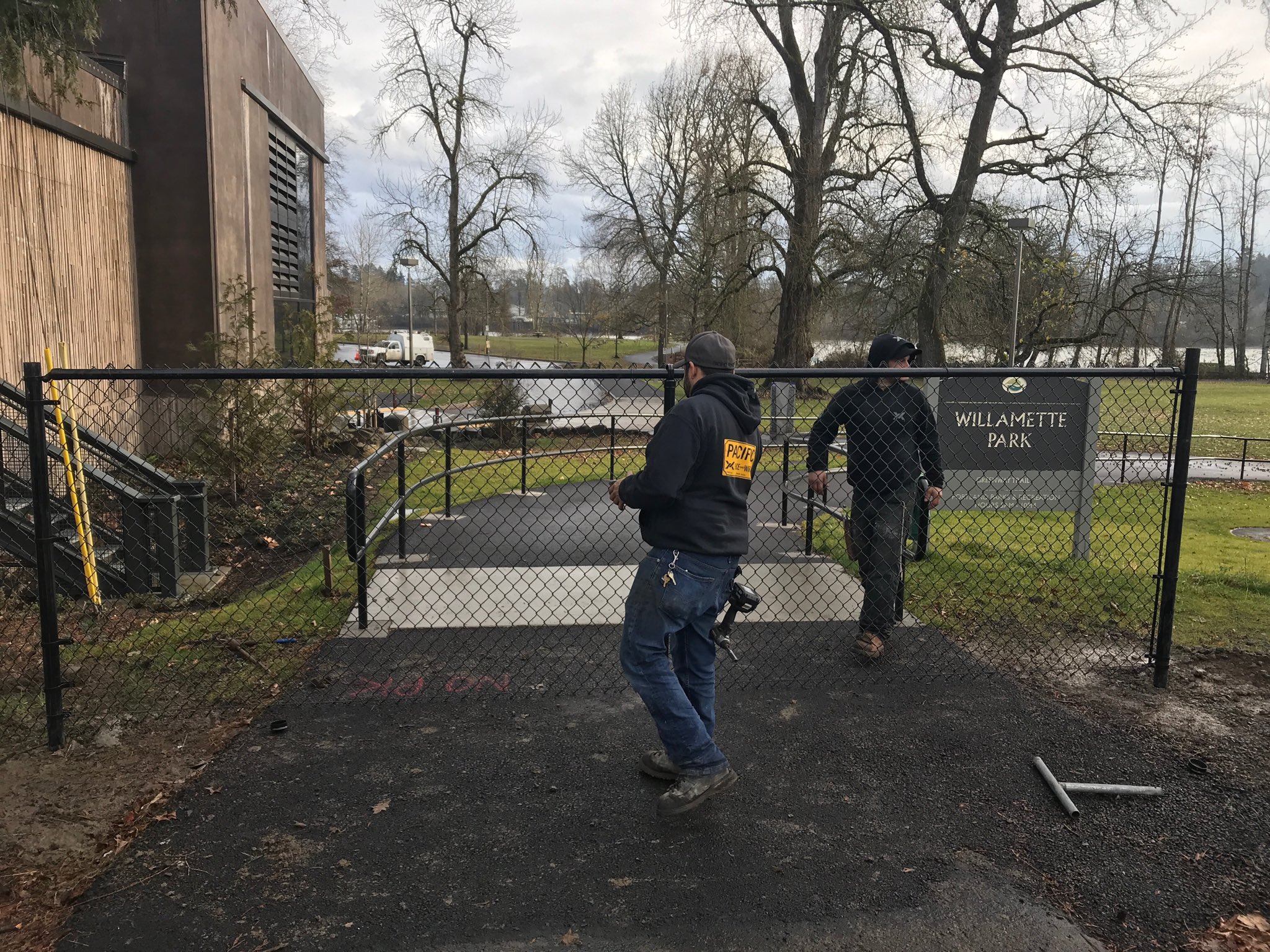 Started to ride downtown Friday from OPB to find workers putting a fence across the trail where it passes RR tracks. Very annoying — particularly when three vehicle crossings with only stop signs are nearby. pic.twitter.com/A7m2TH8GoM

The Oregon Department of Transportation Portland Parks & Recreation Bureau (PP&R) has erected a fence across an entrance into Willamette Park. Jeff Mapes, an employee of nearby Oregon Public Broadcasting, encountered a crew putting the finishing touches on the fence this morning. “Very annoying,” he shared in a tweet this morning. 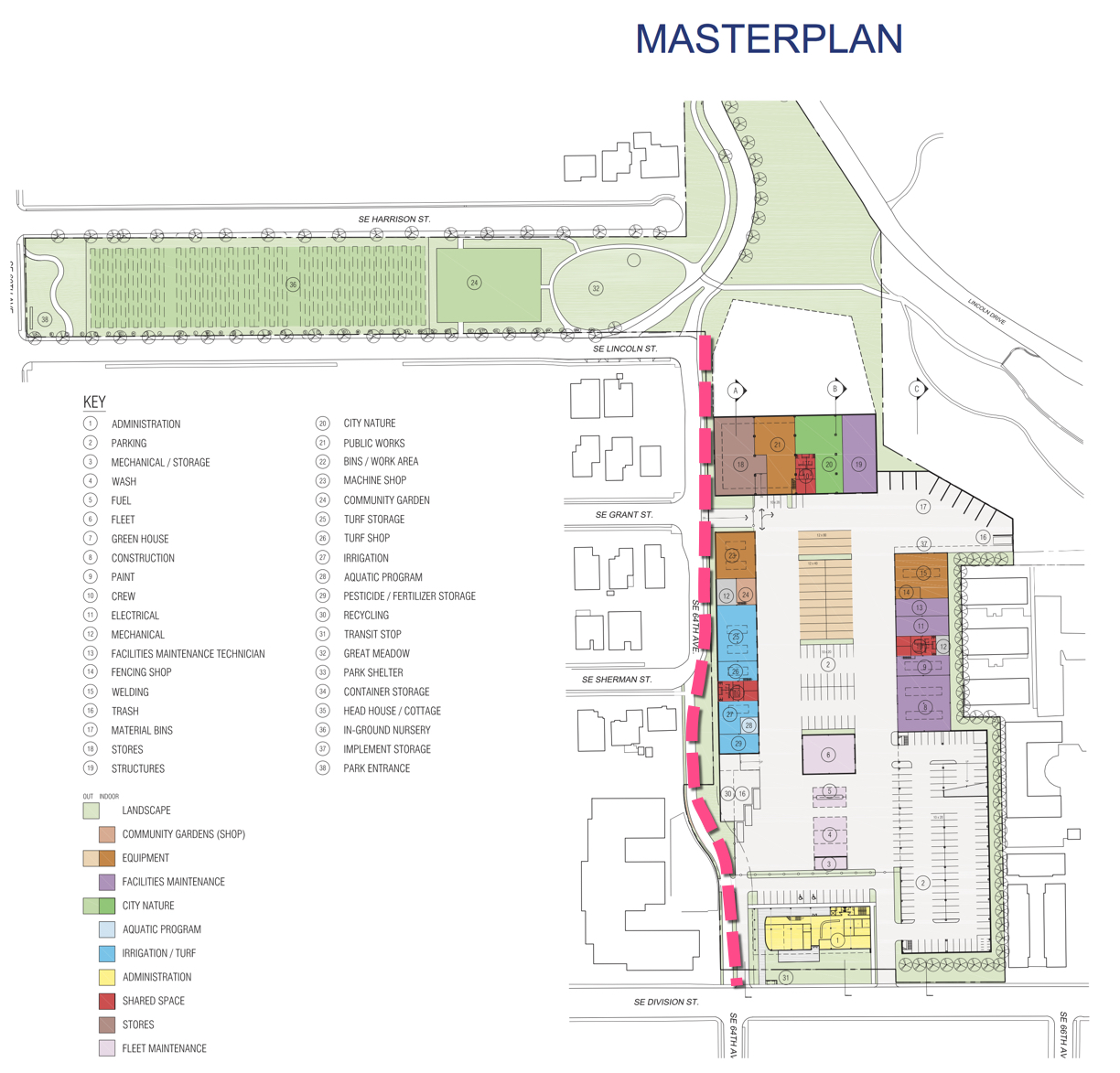 Mt. Tabor Park is a gem of southeast Portland. But if you live south of the park you’re all but shutout from easy access. Now the parks bureau is zeroing in on a design for a new public access point from SE Division Street at 64th that will include a bike path.

Finally the South Tabor neighborhood will have convenient access to its namesake park.