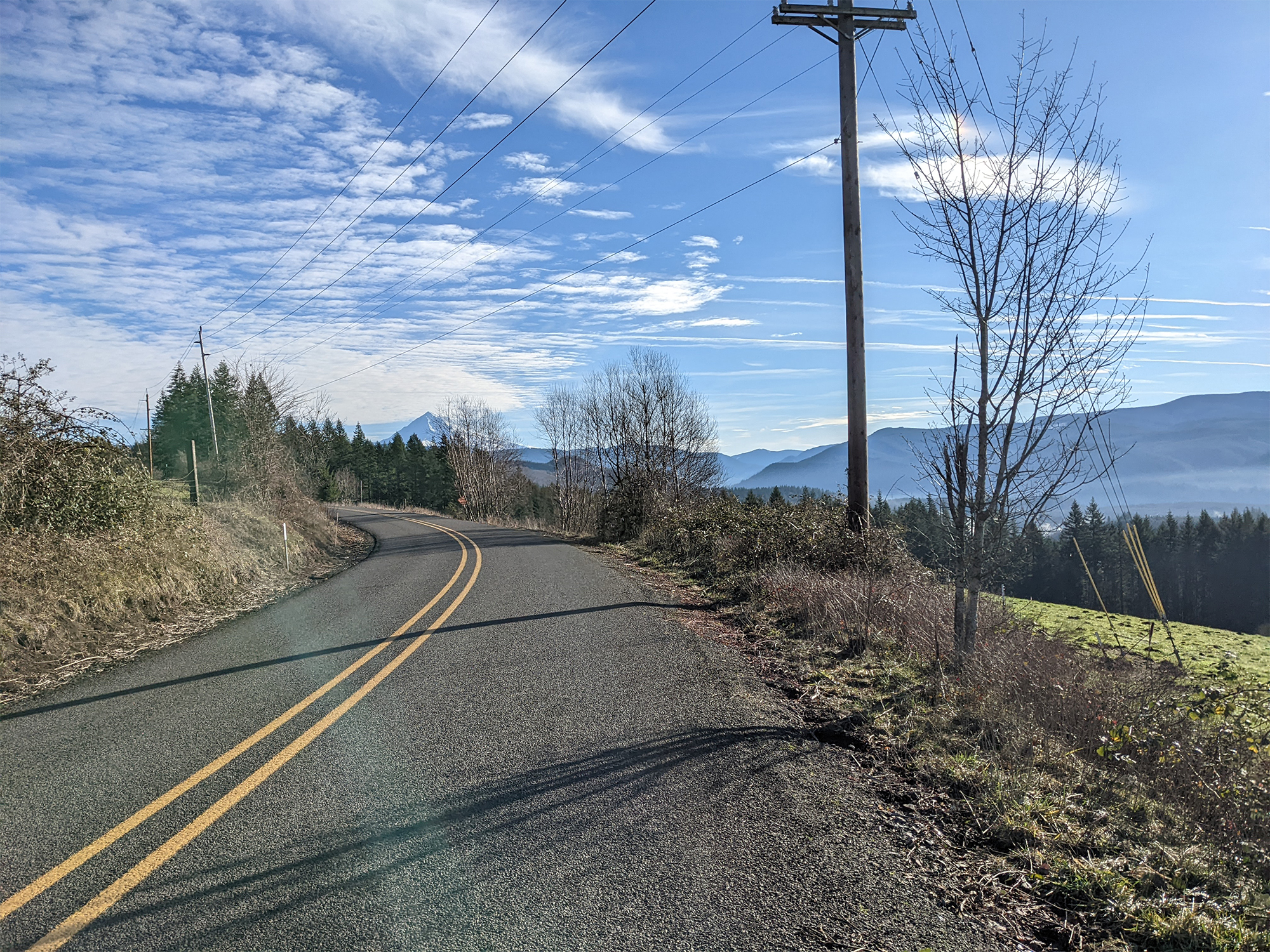 A ride recap from our adventurous contributor Josh Ross.

When it comes to cycling from Portland to surrounding areas, the more you stretch out distances the more you run into the realities of geography. If you decide to head east then you have to deal with the Columbia River to the North, Mt. Hood to the east, and the Clackamas River to the south.

Crossing the Clackamas allows a connection to the wonderful country roads on both sides, but it remains elusive due to highways. That is, until recently when I found a connection through Estacada. It’s hardly a secret but for some reason I’d never seen it before. With a little massaging to find the low traffic options I’m ready to share a beautiful route covering country roads to the southeast of Portland metro. I recommend doing this route on a clear day so you can enjoy the constant views of Mt. Hood.

As is often the case, I started from the Springwater because I live nearby. You could also follow the Columbia and Marine drive if you are farther north. Either connect to the route by heading north through Portland or by coming across the Sandy River after heading towards Corbett. The Springwater does make for a nice flat, low stress, way to get warmed up but the ride really starts once you cross Highway 26 and Orient Drive.

At this point you’ll find yourself on low-traffic country roads. You’ll also be at the start of the roller coaster that this ride is. Throughout the day you’ll climb then descend to a river only to have to start climbing again. (If you attempt this in colder seasons watch for ice in the early morning and especially as you get close to the river. During my rides in January there was not only ice in the morning but in areas of shade throughout the day.)

The first of these climbs will be a warm up. It’s not too much elevation and it gets you started before descending to Dodge Park. From there the climbing really starts —  you are going to gain about 1,200 feet of elevation.  About half-way up you could take Ten Eyck Rd across the Sandy River and into Sandy to cut about 20 miles off the route.

If a ride to Sandy is ambitious enough then take to the low-traffic roads northwest of Sandy. Make sure you swing past Jonsrud Viewpoint and take in the scene looking up the river at the mountain. From there make your way back to Boring to rejoin the Springwater path. You’ll have a beautiful ride to be proud of.

If you stick to the route and keep climbing there’s a big reward. When things start to level off you’ll get to one of the most beautiful parts of the ride. This whole section has some of the best views of not only the mountain but also gorgeous glacial valleys. You can see how the ice once flowed off the mountain and cut the valley. It’s easy to imagine setting up a small cattle farm here in the early part of the 20th century and it doesn’t seem like much has changed.

After coming through a few valleys, you’ll cross the Sandy and head towards Highway 26. You do need to spend a few miles on the shoulder of the highway. It’s not ideal but the shoulder is wide and the time spent is short before you turn to the right and head onto low-traffic roads again. After some hefty climbing you will find yourself in Sandy where you’ll find plenty of places to refuel, grab a coffee, or whatever.

Leaving Sandy is where the next section of the ride begins. You’ve got a steady climb out of Sandy before descending towards Eagle Creek. Most of this riding is facing Mt. Hood as you cover low-traffic roads, but you will have to climb as you leave Eagle Creek. Keep an eye out for the giant… uhm… rooster next to the American flag before you descend towards the Clackamas River. There’s actually two, but the one next to the flag is the obvious one and makes for a nice picture and a laugh.

After you come across the bridge in Estacada there’s a short section of gravel road. You could take the highway if you want to stay on paved roads. I did the first time and it was doable, but not pleasant. Instead, cut through the park. The road surface isn’t paved for one mile but it’s possible on a road bike. The biggest thing you’ll need to watch for are huge potholes filled with water and unknown bottoms.

When you hit pavement again, get ready to climb out of the river valley. At the top of the climb, you’ll need to turn onto Springwater Road for a mile. It’s not great but there’s a shoulder. It’s also flat which makes things feel a little better. Your time here is short and the section after it is another beautiful meander through low traffic country roads.

The last section is the least pleasant of the ride. I’ve done it many times over many years but it’s not awesome and I don’t think there’s a better option. The views continue to be beautiful but you will find yourself climbing on a road with more traffic and less shoulder than you’d like. It’s about three miles before things get better again when you turn and head towards Carver Park. Keep an eye out for any right hook issues as you turn left onto Clackamas Highway and you are on the home stretch. Make your way through the city in whatever way fits your needs.

I’ve put this together as a ride that’s about 100 miles. That might be ambitious for some and that’s okay as there’s distinct sections that are all worth enjoying. Parking in Sandy and using Ten Eyck Rd would make for a loop through the valleys. You could start in Boring and make a loop out to Sandy and back. The section between Estacada and Sandy is a tough one to hit without doing a much larger loop but you could cut a good 20 miles with the more direct route to Sandy. Whatever you end up doing, make sure you don’t route on Hwy 211. Otherwise, enjoy the views. I look forward to hearing everyone’s experience! 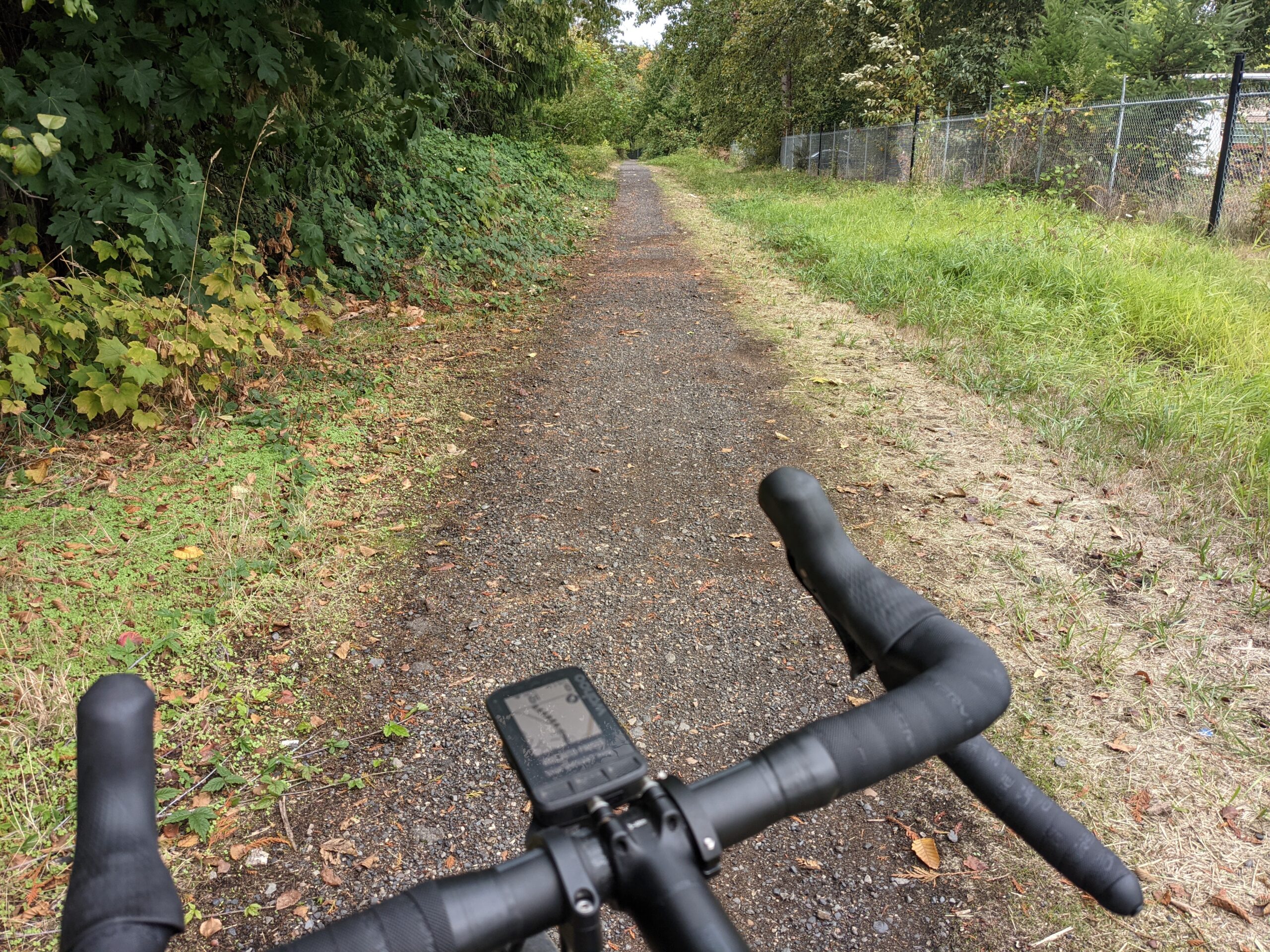 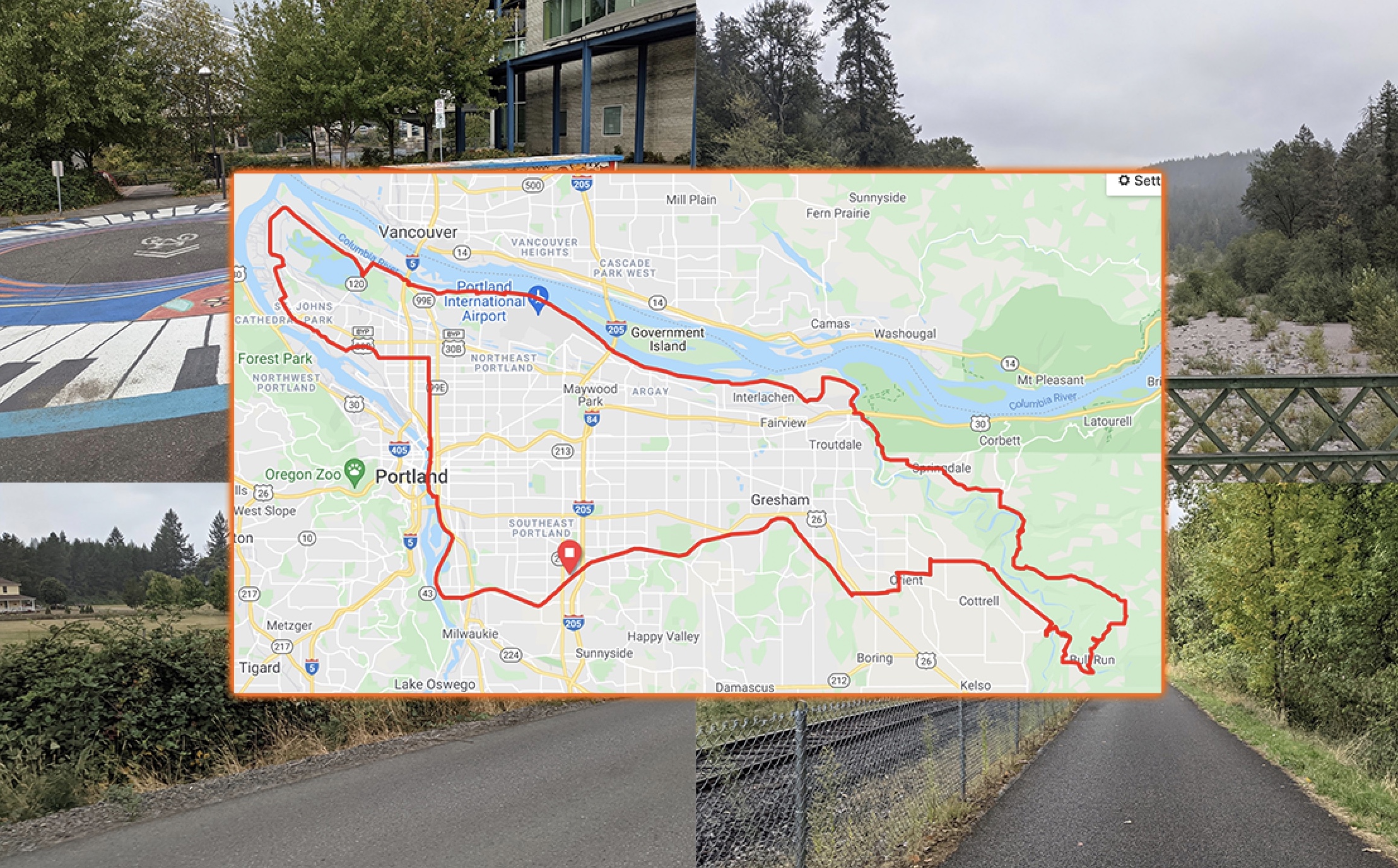 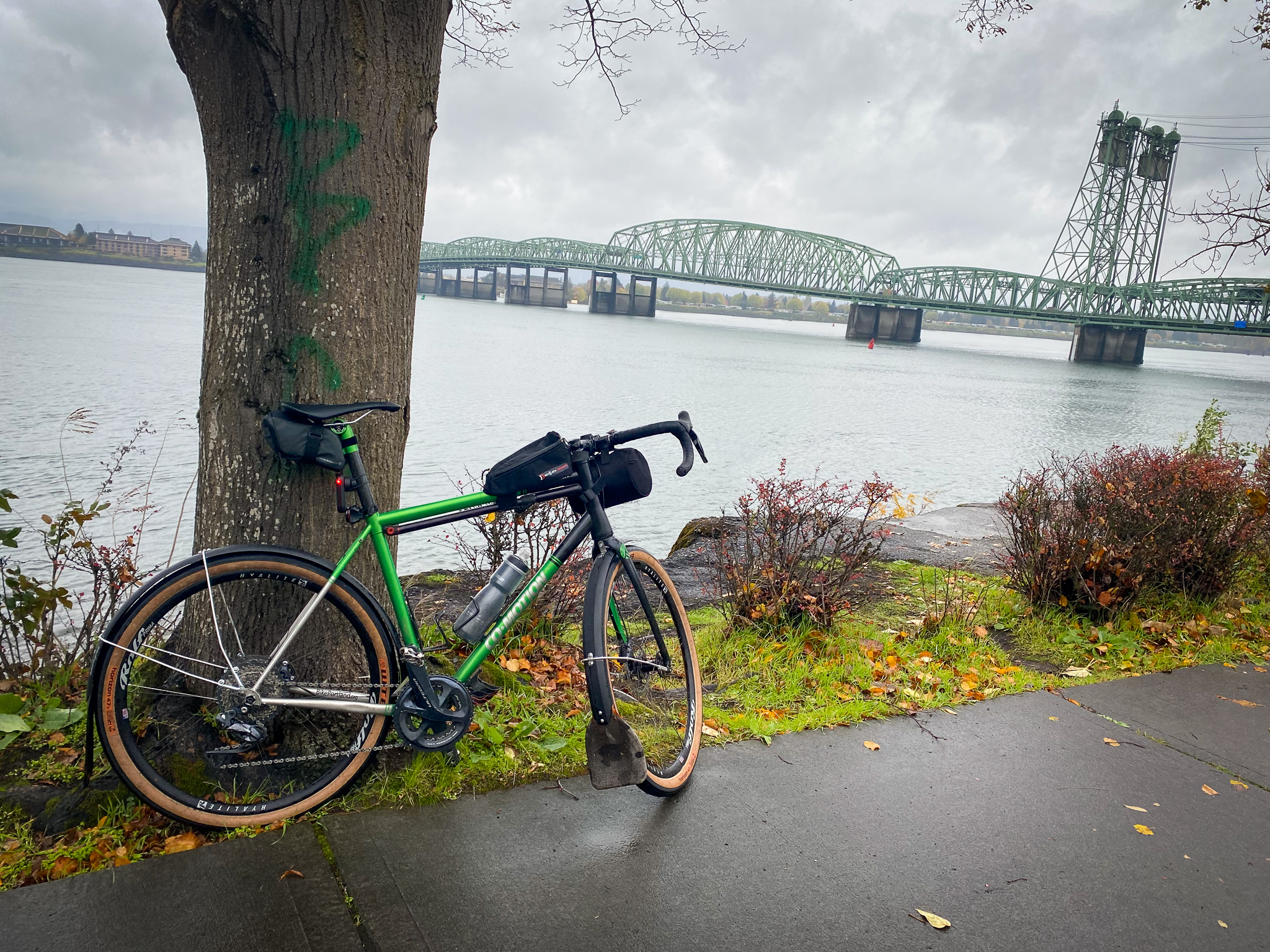 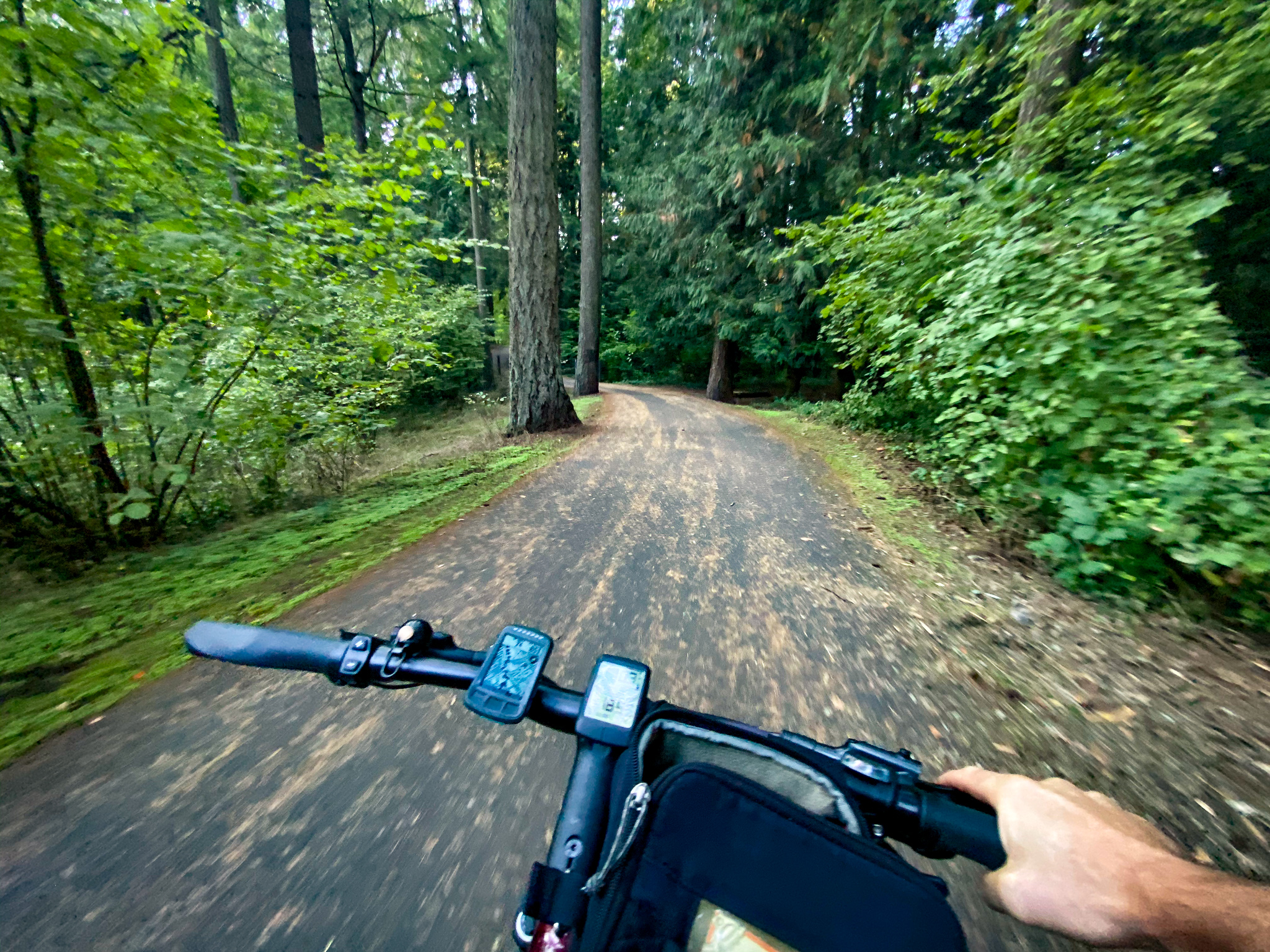 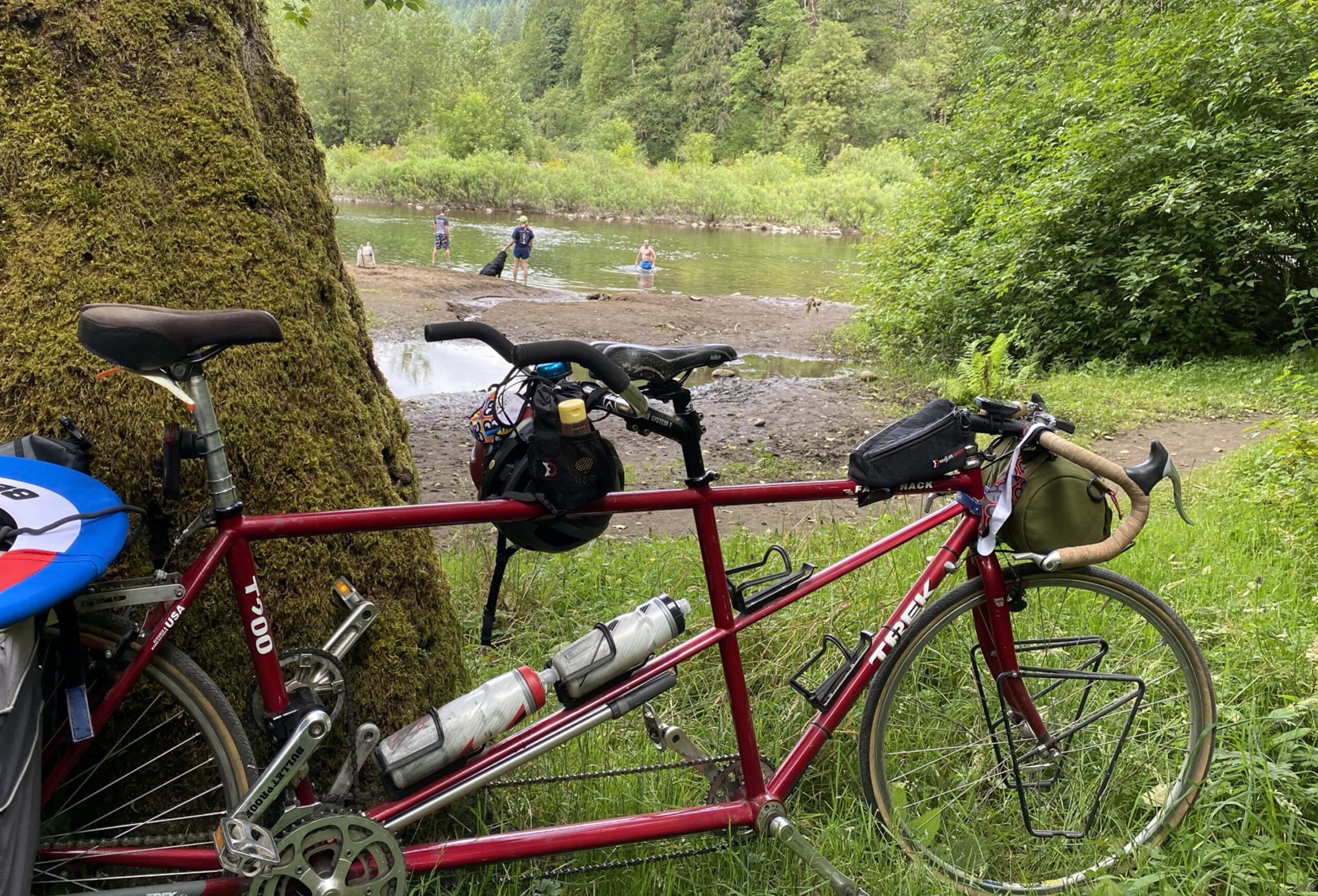 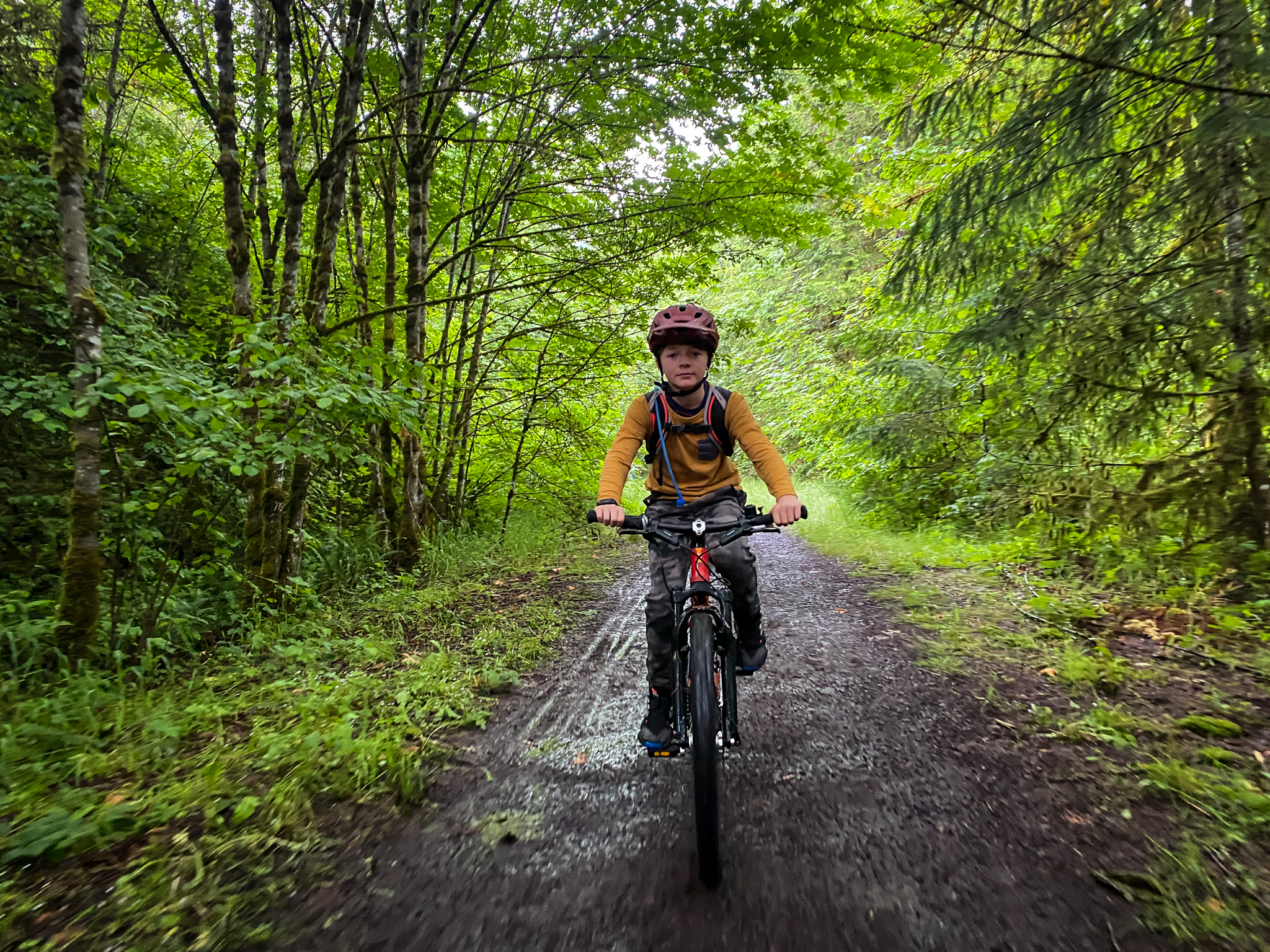 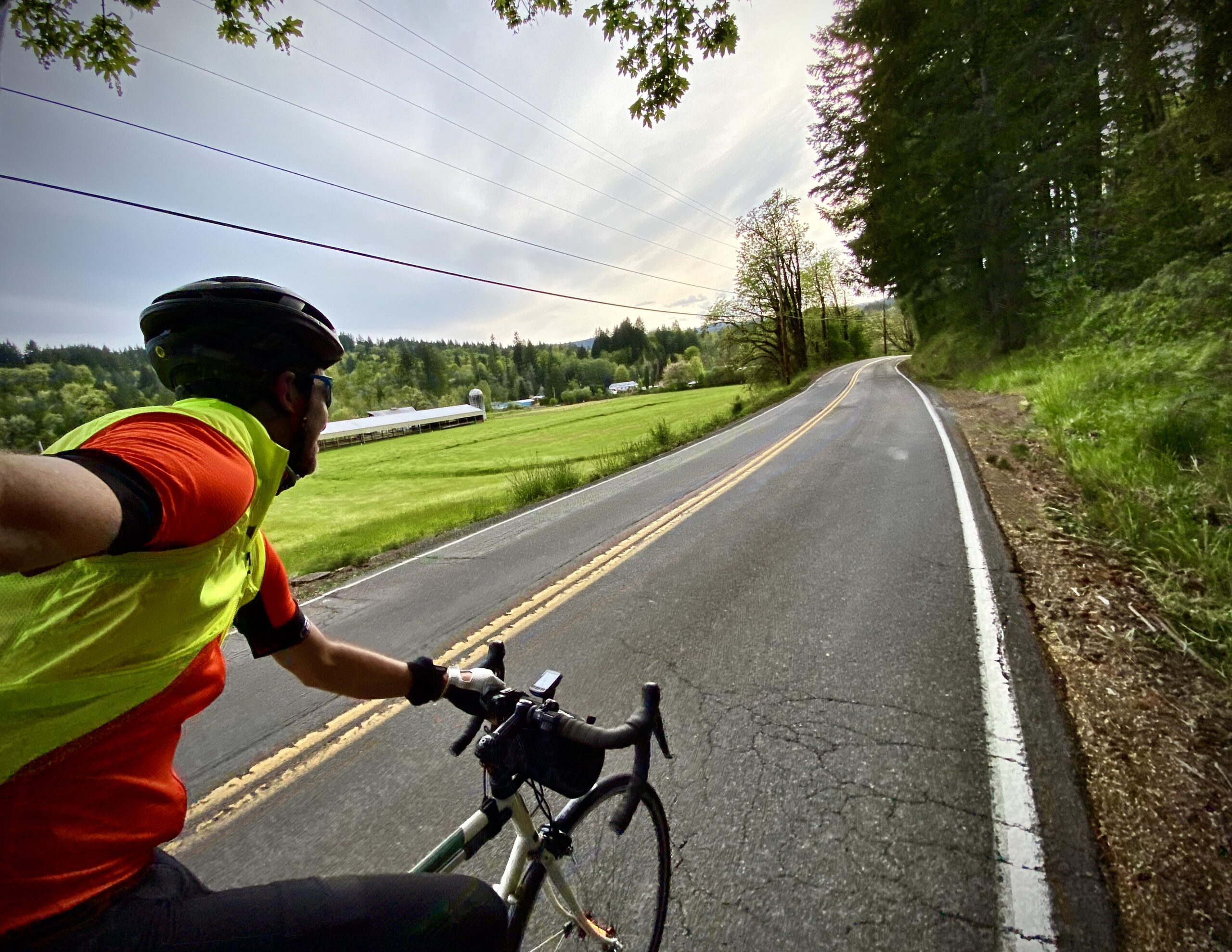 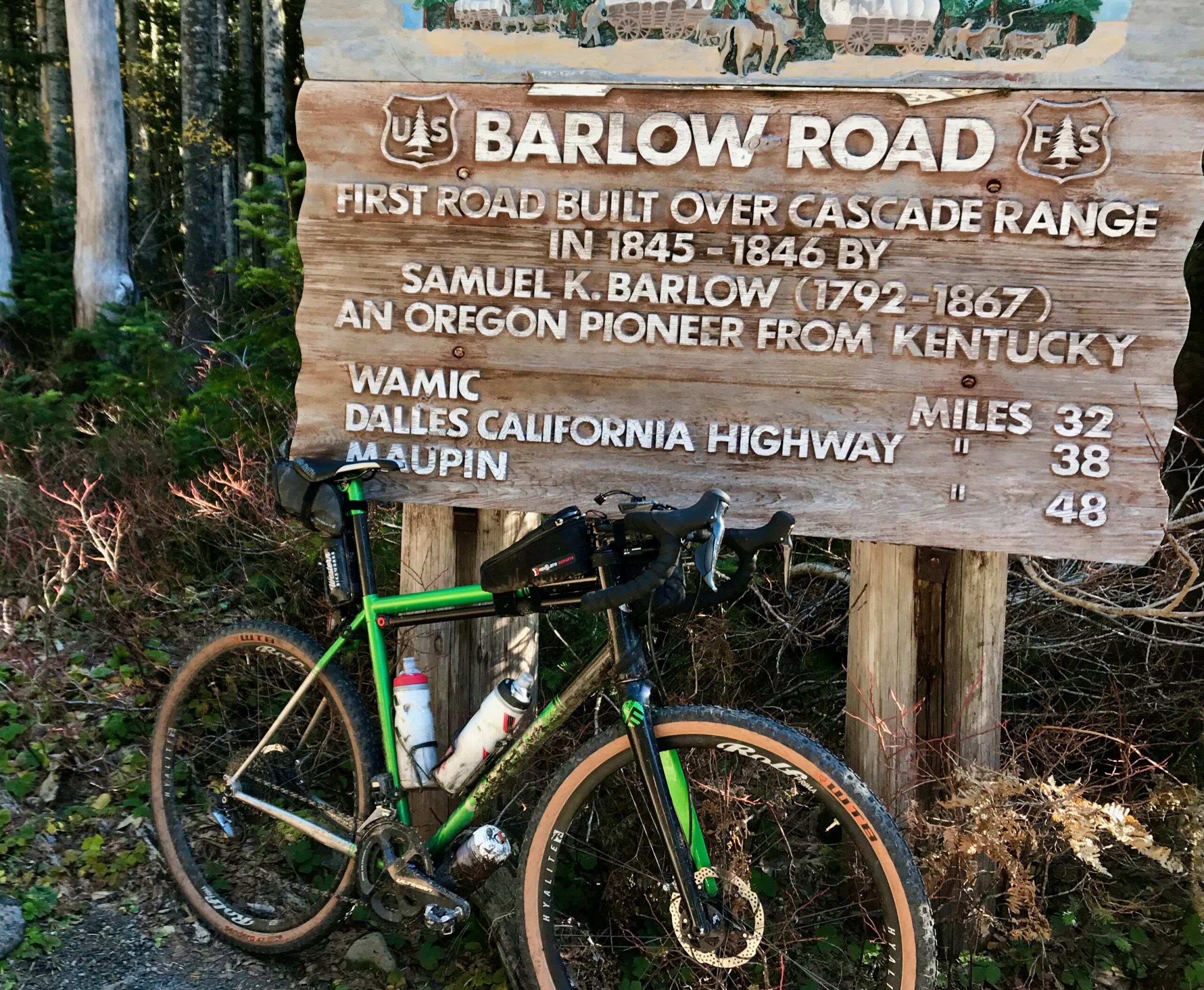 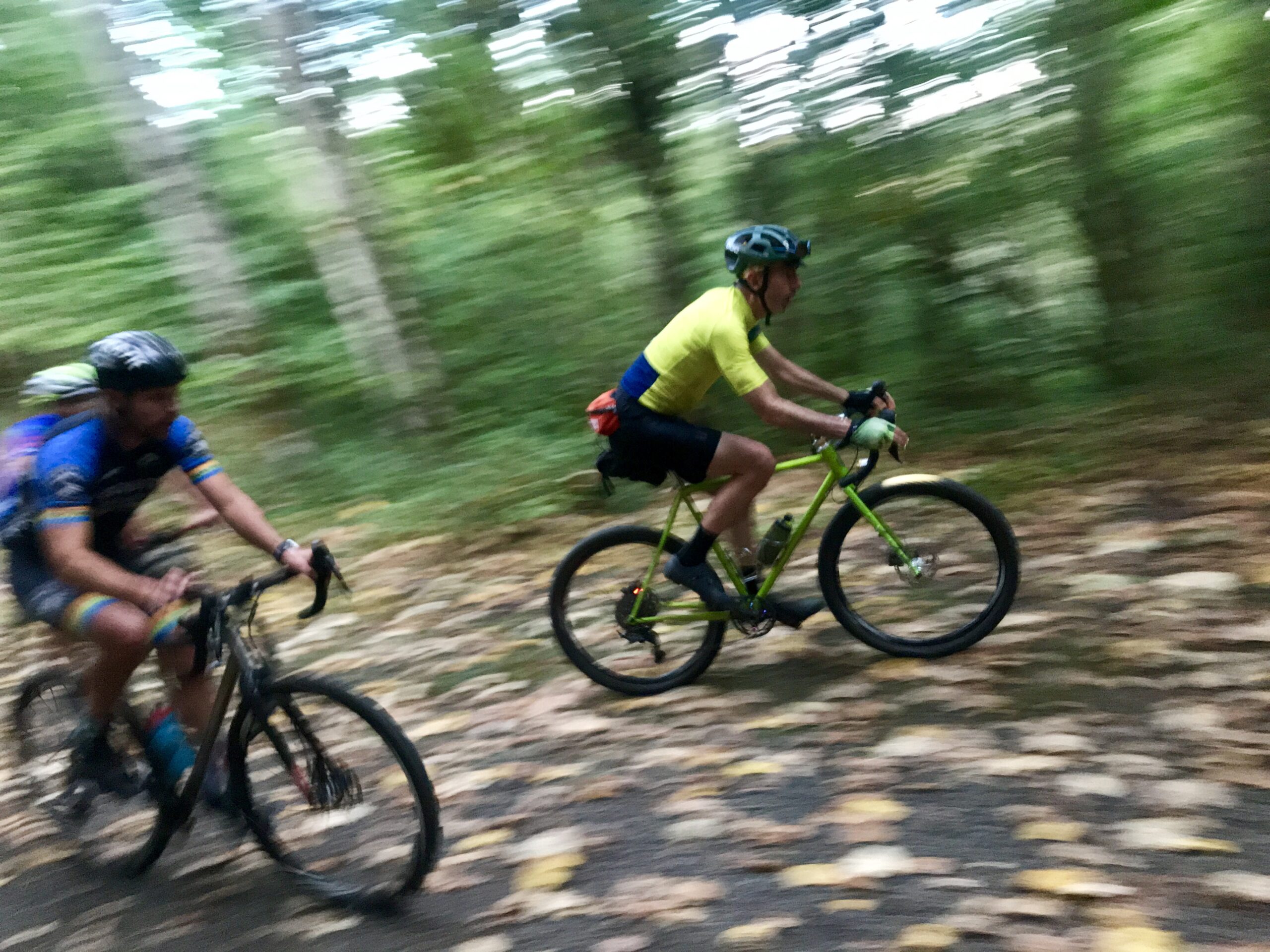 Last night I learned the buttes overlooking east Portland are full of hidden gems that are much easier to appreciate with an experienced guide. 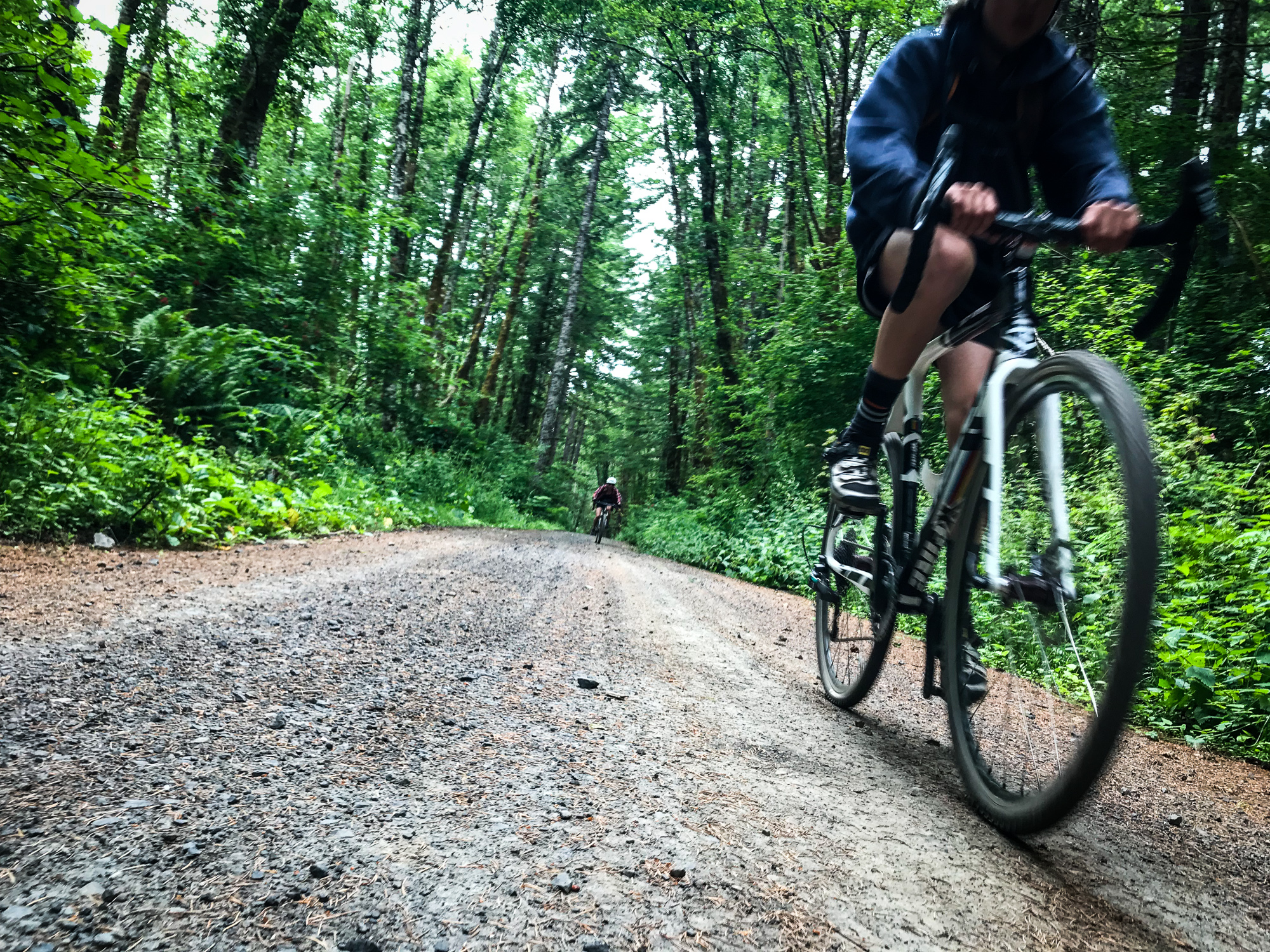 We’ve sung the praises of Stub Stewart State Park on this site several times in the past. It’s not only a great bike-camping destination from Portland (a MAX ride will put you about 13 miles away from a carfree path that leads to the park entrance), it also makes a perfect base camp for miles of excellent roads and trails.