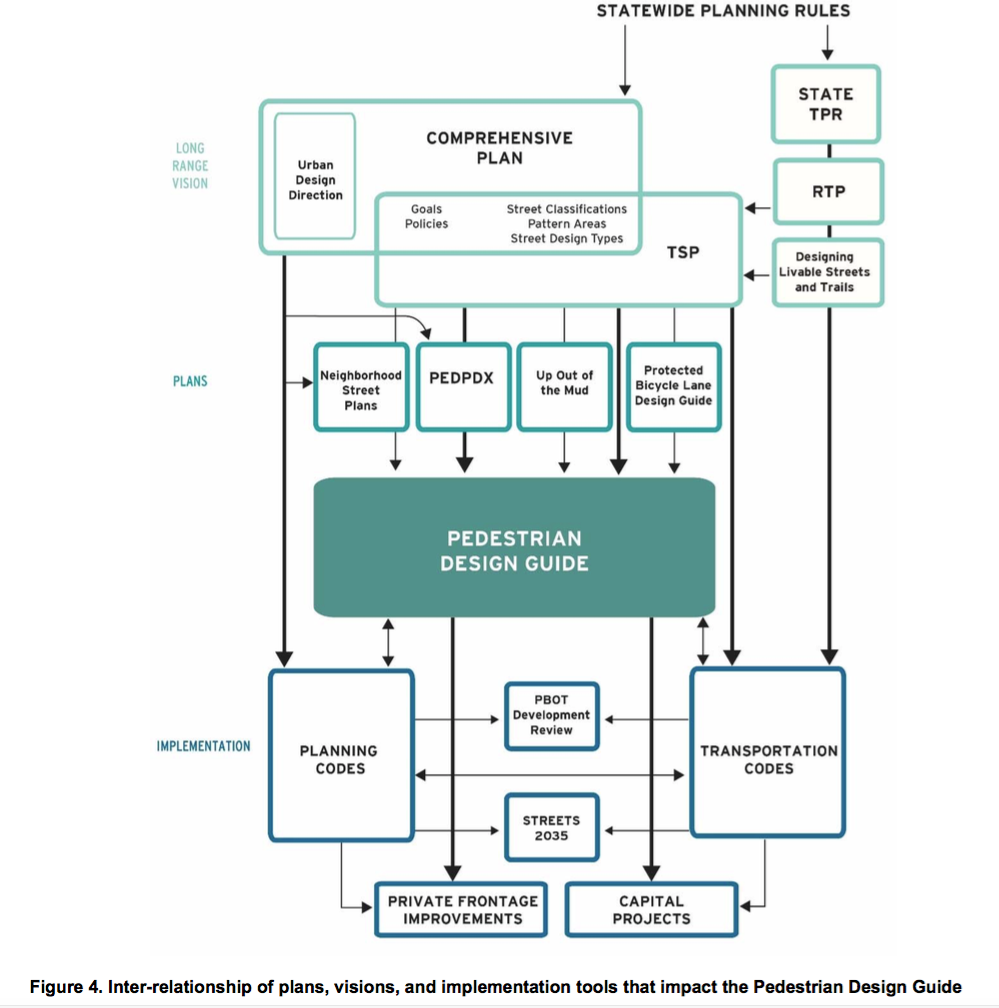 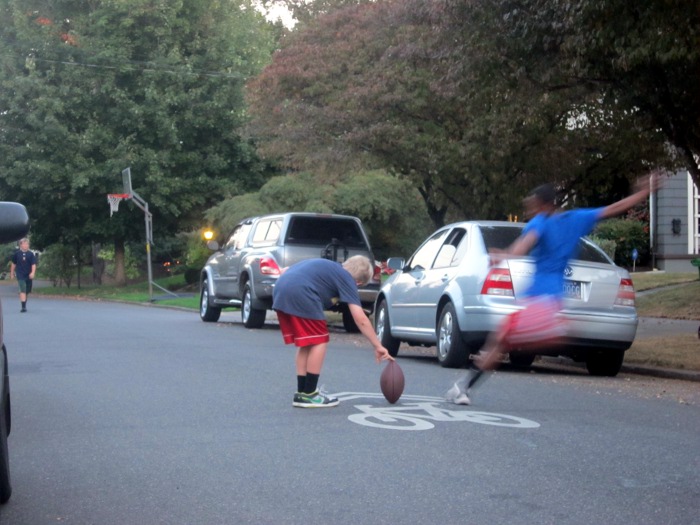 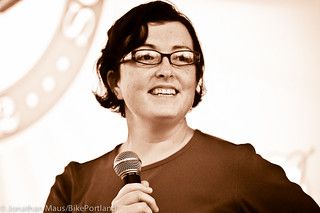 A new state law signed Tuesday will let Oregon cities name narrow side streets where, for the first time in decades, people on foot won’t be required to yield the roadway to drivers.

The bipartisan bill sailed through the statehouse this spring with backing from the City of Portland, the League of Oregon Cities and advocacy group Oregon Walks.

“The law is the first of its kind in the nation,” Portland pedestrian coordinator April Bertlesen wrote in a celebratory email Wednesday. 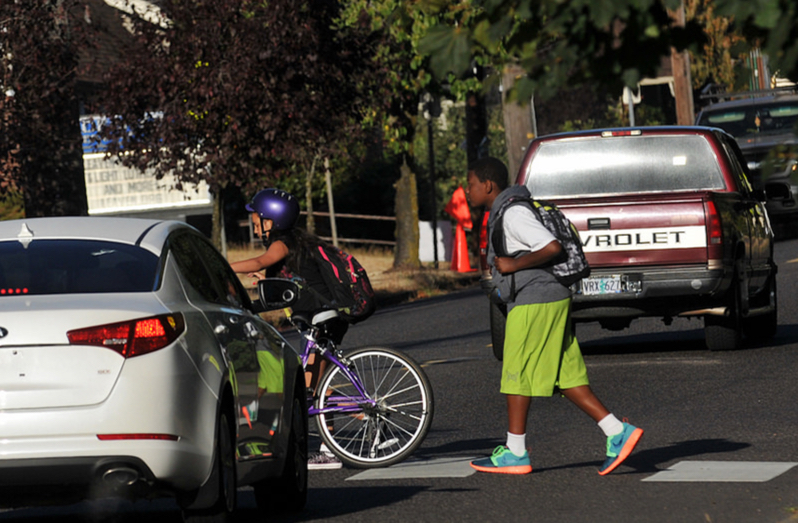 “The sheer number of serious collisions between pedestrians and cars this past week demonstrates that our traffic safety deficit is not found in one person’s error.”
— Steph Routh, Director of Willamette Pedestrian Coalition

On Sunday night, two young women were struck by a car while attempting to cross the street at SE 80th and Foster; one was killed and the other seriously injured. Several other traffic incidents in which people on foot were killed or sustained major injuries also occurred in the past week in Oregon.

Portland’s pedestrian advocacy group, the Willamette Pedestrian Coalition (WPC), says these incidents demonstrate an acute need for more investment in complete streets. They plan to hold an awareness action at the site of the fatality on Foster Road to bring attention to this issue. Here are more details on the event: 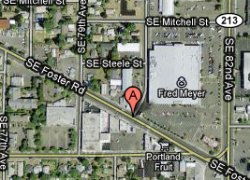 Two women who were crossing SE Foster Blvd at 80th Ave on foot last night were struck by a car. One woman, 23 year old Lindsay Leonard, died on the scene. The other, 23 year old Jessica Finlay, is in critical condition.

According to the Oregon State Police, the women were crossing Foster in a crosswalk southbound from the Fred Meyer parking lot. Here’s more from the OSP: “The vehicle was travelling westbound on Foster and witnesses stated that it appeared neither pedestrian saw the vehicle approaching.”

The City of Portland Bureau of Transportation has released a new, 3 1/2 minute animated film about Oregon crosswalk laws.

The film, “Every Corner is a Crosswalk” was created to help educate Portlanders about their responsibilities when driving and walking. According to PBOT, 72% of pedestrian collisions in the Central Business District are a result of driver error and 49% of pedestrian injuries happen in a crosswalk. 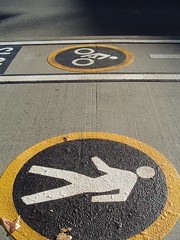 So far, in our coverage of the Hawthorne Bridge Crash, we’ve heard from an eyewitness and the two people who collided. We’ve also discussed both infrastructure and behavior-based solutions.

But one important party to this issue has been left out: pedestrians.

It’s hard to determine what exactly caused Erica Rothman’s harrowing crash, but it’s likely that the presence of people on foot played a role (Rothman had veered to the left to avoid them). On that note, I’d like to share an idea from Ron Richings. (Richings is the guy I mentioned in my editorial on Tuesday who put quite a bit of thought and advocacy work into this issue last summer.)