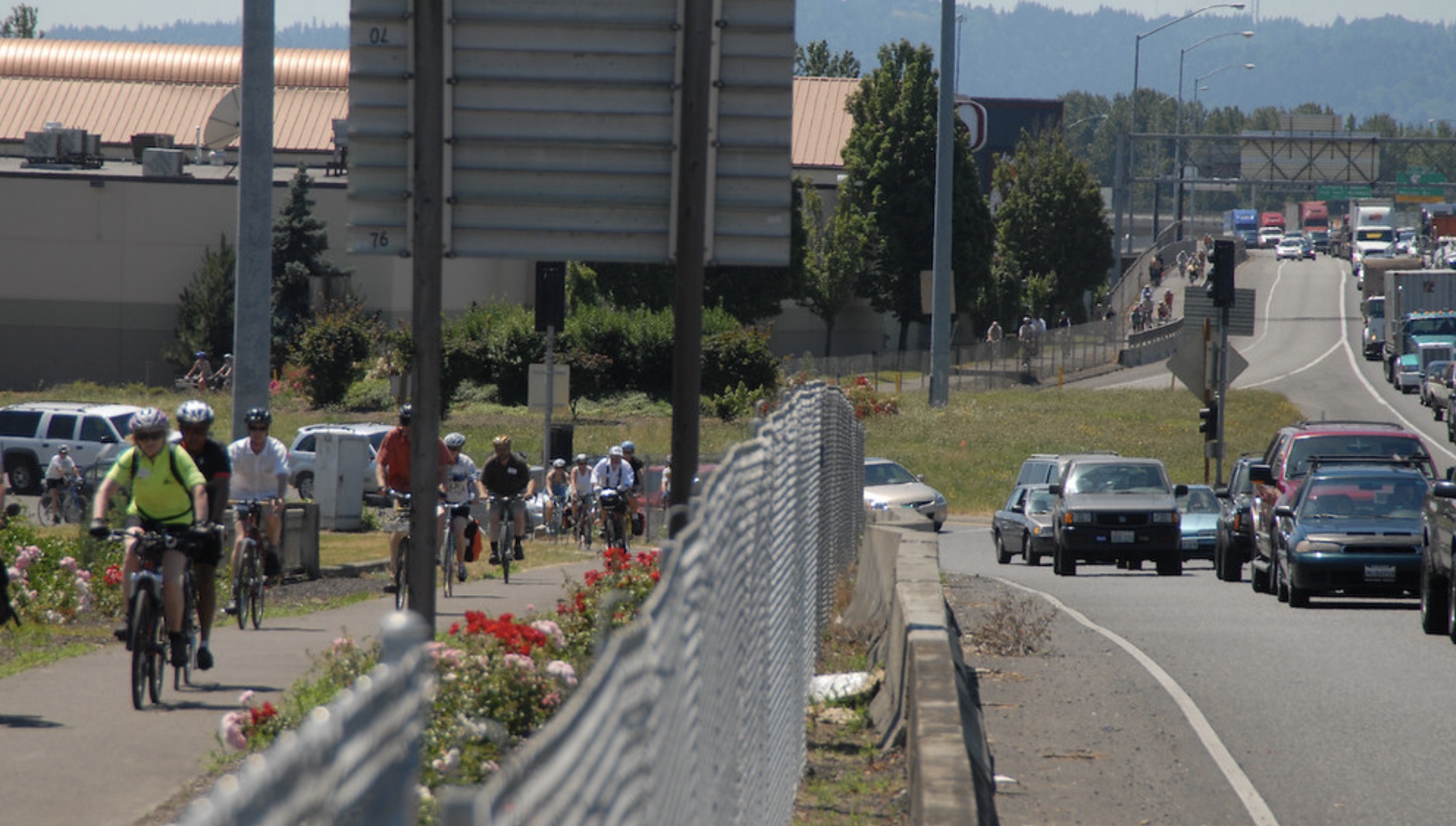 On Thursday, the Interstate Bridge Replacement project received the approval of state lawmakers and the heads of all of the regional authorities, giving it the green light to move forward into the environmental review process with their Locally Preferred Alternative (LPA) design.

A theme of compromise was threaded throughout many of the remarks made before the go-ahead was given.

“We must be on the right track, because activists hate it and business community hates it and therefore we absolutely must be moving in a direction that makes the most sense,” Portland’s Jo Ann Hardesty said in advance of her vote as part of the project’s Executive Steering Group. Metro President Lynn Peterson echoed her. “We can’t get hung up on the perfect. The perfect is not within reach because everybody’s is a different perfect,” she said, calling the LPA the “perfect Venn diagram” of where everybody could compromise.

Many state lawmakers, particularly on the Oregon side, were also ready to embrace the idea of compromise at a meeting of the Joint Interim Committee on the Interstate 5 Bridge Thursday. “I have a significant number of people in my community, and in my district, who think that the auxiliary lane is too much,” Senator Lew Frederick said. “So, that’s the kind of balance, the kind of compromise that we’re looking at.”

But even as some electeds on the Washington side voiced concerns about the inclusion of light rail, the idea of tolling, and what they believe as a lack of new capacity in the draft design, Oregon State Senator Brian Boquist contended that it was his chamber that the IBR program should be focused on outreach to. “Most people I talk to [in my caucus] remain concerned of the fact that it doesn’t look like one auxiliary lane will work, and it doesn’t look like capacity going forward is going to work,” he said. Unlike the other groups, the legislative committee didn’t take a formal vote on moving ahead. Washington has already provided its requested $1 billion allocation, with Oregon expected to make a similar allocation in 2023 to keep the project on schedule.

Distinguishing herself from the rest of the group of legislators was Oregon House Rep Khanh Pham, who has become an outspoken skeptic of the direction the IBR is headed. In contrast with her colleagues, Pham was trying to look underneath the information being handed to the legislative committee, including asking questions about the recent letter from the U.S. Coast Guard stating that reducing the current 178 foot clearance provided by the current bridge isn’t acceptable.

“I just can’t support moving forward with the draft EIS without including at least one alternative that would address the Coast Guard’s requirements,” Pham said at the hearing. “Last time around [when the project was called the Columbia River Crossing] when we tried to get the Coast Guard to move it delayed us for a one year and we ultimately did have to change the design which cost us millions.”

“If we don’t get the finances right for this, it will have impacts on a whole list of other transportation projects in our state. And as a community organizer, who has worked with so many communities asking for safety, investments like crosswalks — you know, things that may seem mundane but have real impacts on our communities — and have always been told ‘there’s not enough money, sorry, we can’t do it, there’s no money for that.’ As a legislator now I’m seeing that there is money, but it’s allocated for different things.”

In response to Pham’s questioning about the Coast Guard, IBR Administrator Greg Johnson revealed that if the height of the proposed bridge is raised, that could lead to a “distasteful” decision to remove the interchanges at either Hayden Island or SR 14 on the Vancouver waterfront.

Raising the bridge even more could mean an even tougher incline for bicycle riders and other non-car users and bigger impacts on downtown Vancouver and Hayden Island, which are already set to see an incredibly impactful new highway wall constructed as part of the project.

The height of the bridge deck is just one issue that will be further worked through by the IBR team as the project goes through a Supplemental Environmental Impact Statement (SEIS) process over the next two years or so.

We’ll also see more details — including how the bike and pedestrian path will be designed and what the light rail element of the project will look like. And lobbying over the number of lanes and capacity concerns from all sides will not go away.

As this megaproject moves forward, whether or not the fact that no one appears to be completely happy with it will be good or bad for the project’s fortunes, remains to be seen. 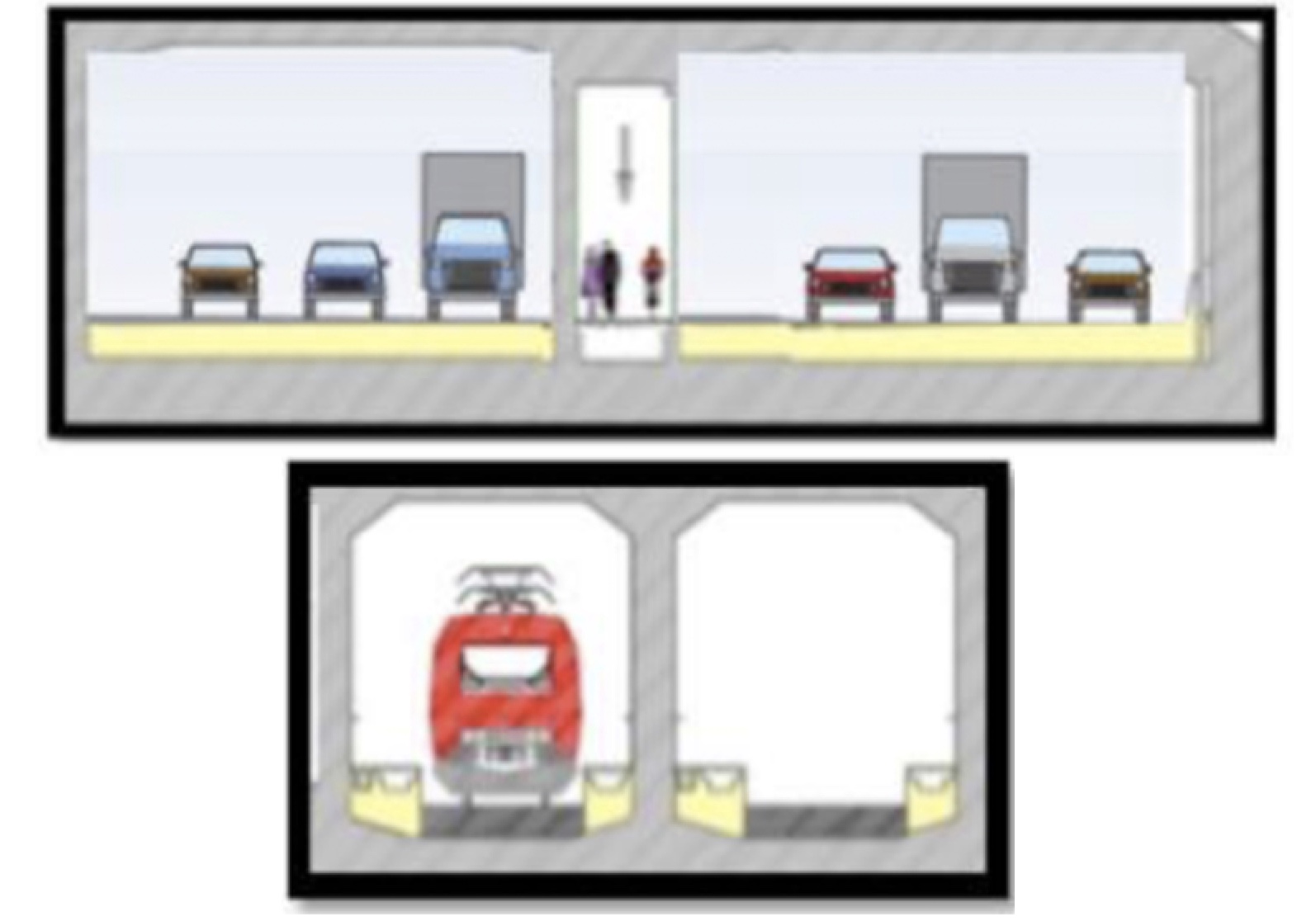 To Bob Ortblad, a retired civil engineer who lives in Seattle, the team behind the Interstate Bridge Replacement Program (IBRP) – the plan to expand I-5 bridge between Vancouver and Portland across the Columbia River – have it all wrong.

While other advocates have proposed alternatives to the highway expansion, like congestion pricing or a project that better incorporates public transit light light rail or even high speed rail, Ortblad has spent the last three years trying to convince planners to consider scrapping the bridge idea altogether, opting instead for an immersed tube tunnel (ITT).

Ortblad’s case for a tunnel under the Columbia River revolves around safety, land use and environmental impact. He’s written dozens of letters and slideshow presentations explaining his reasoning, but says the IBR program team hasn’t given his idea the serious consideration it deserves. 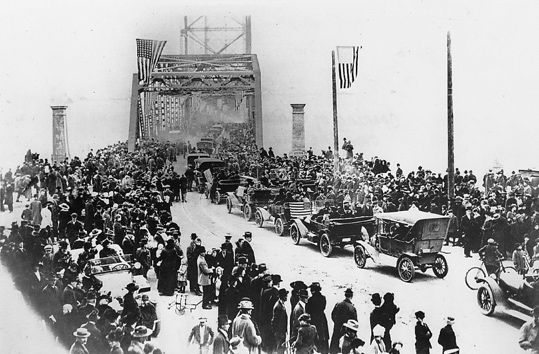 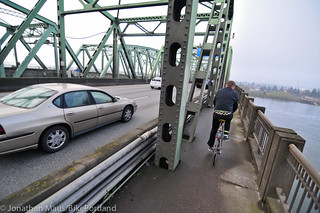 To help mark the 100th birthday of the Interstate Bridge a group of organizations is hosting an essay contest.

When we saw the theme — “My Interstate Bridge Adventure” — we figured people who bike across the bridge might be inspired to enter. That’s because on a bike it feels like an adventure every time I cross the narrow path just feet from rumbling motorized traffic.

Unfortunately we just heard about this and deadline for entries is tomorrow night (1/31).