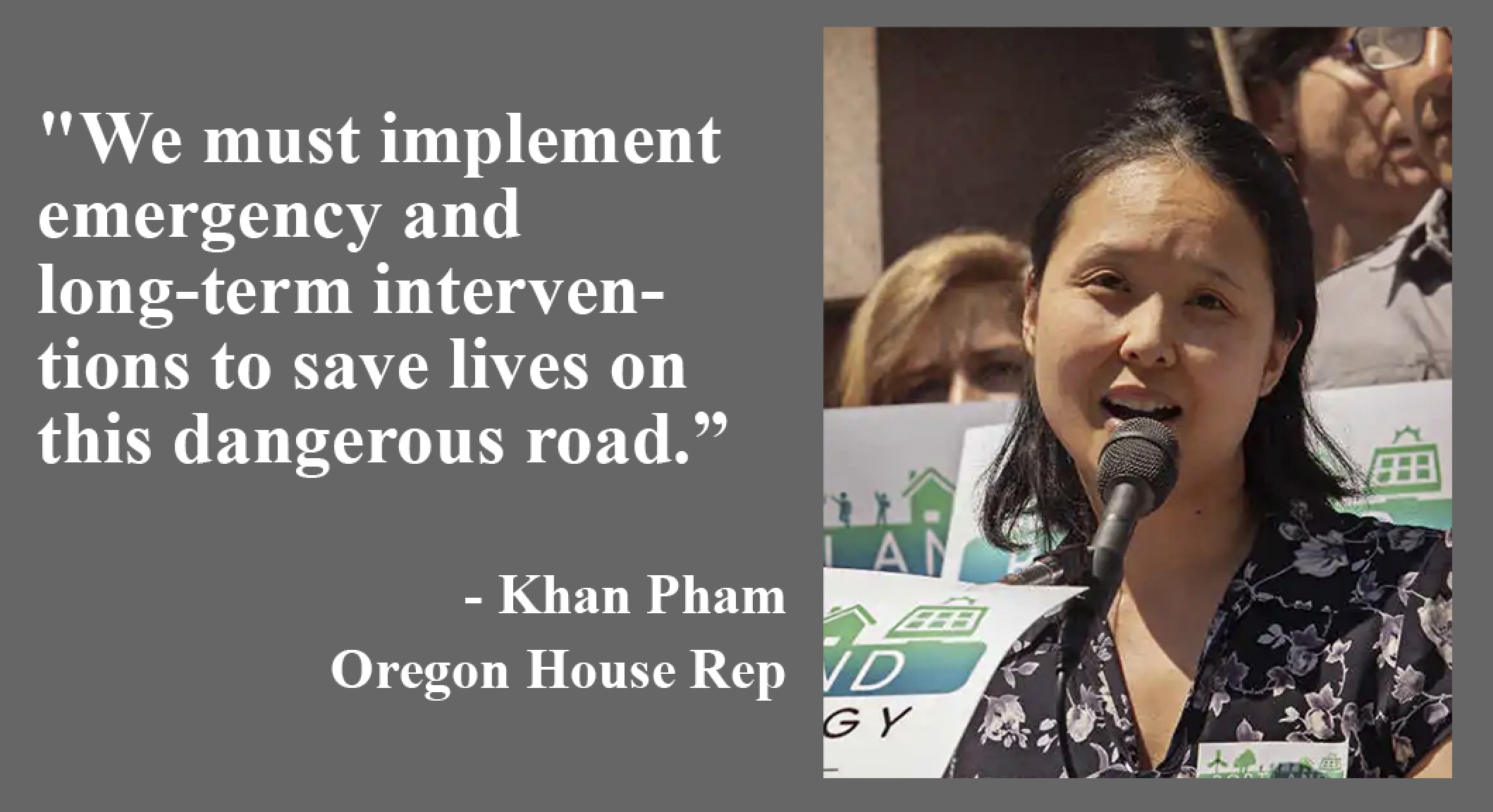 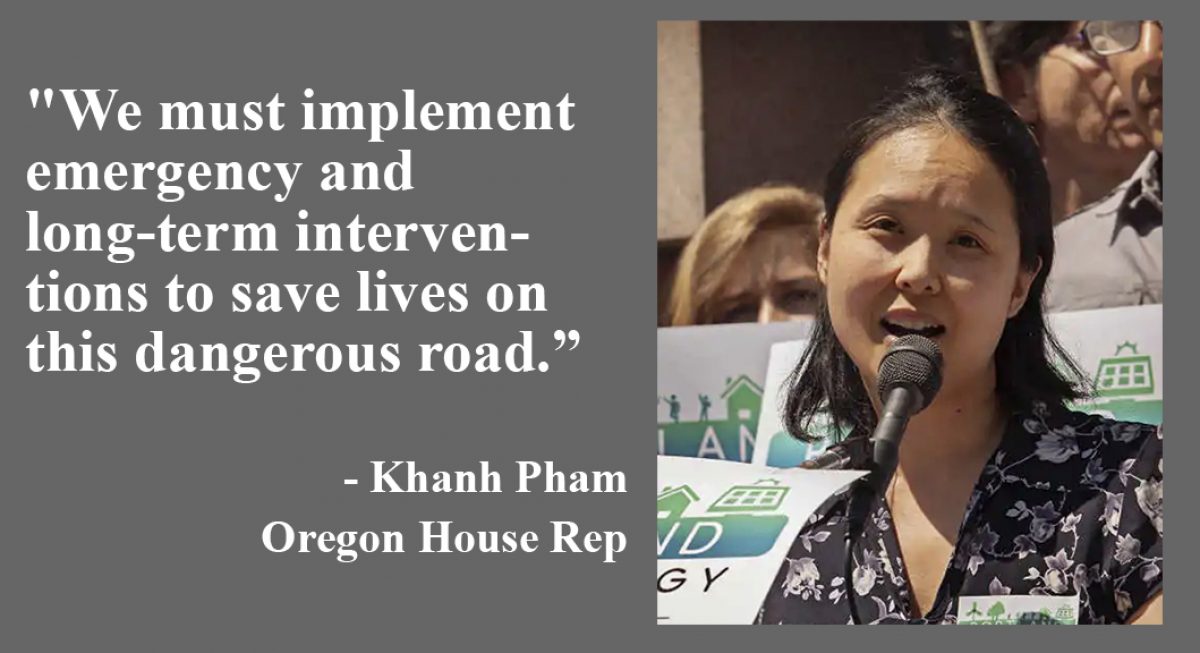 “That was the wrong decision and we are in the process of removing two stretches of that guardrail now.”
— Rian Windsheimer, ODOT Region 1 director 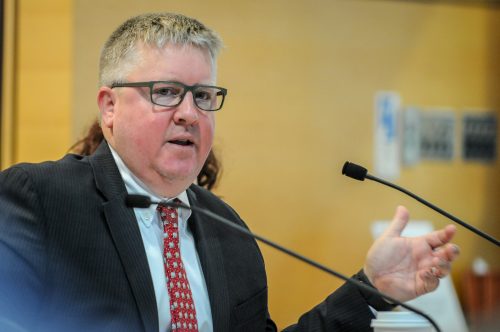 At a meeting of a high-powered Metro policy committee yesterday, the Oregon Department of Transportation was put in the hot seat over their plans to widen Interstate 5 through the Rose Quarter. Peppered with questions from Metro Councilor Bob Stacey, the regional director of ODOT Rian Windsheimer, was forced to came to the aid of an ODOT staff member who was presenting on the project.

Windsheimer’s move demonstrated that sharp criticisms from a gathering storm of activists are gaining strength from elected leaders like Stacey, testing ODOT’s nerves and putting the agency on the defensive. The meeting also made it clear that, while initially sold by ODOT to the public and politicians as a “bottleneck elimination” project, the agency is now reluctant to claim it will lead to any capacity increase. 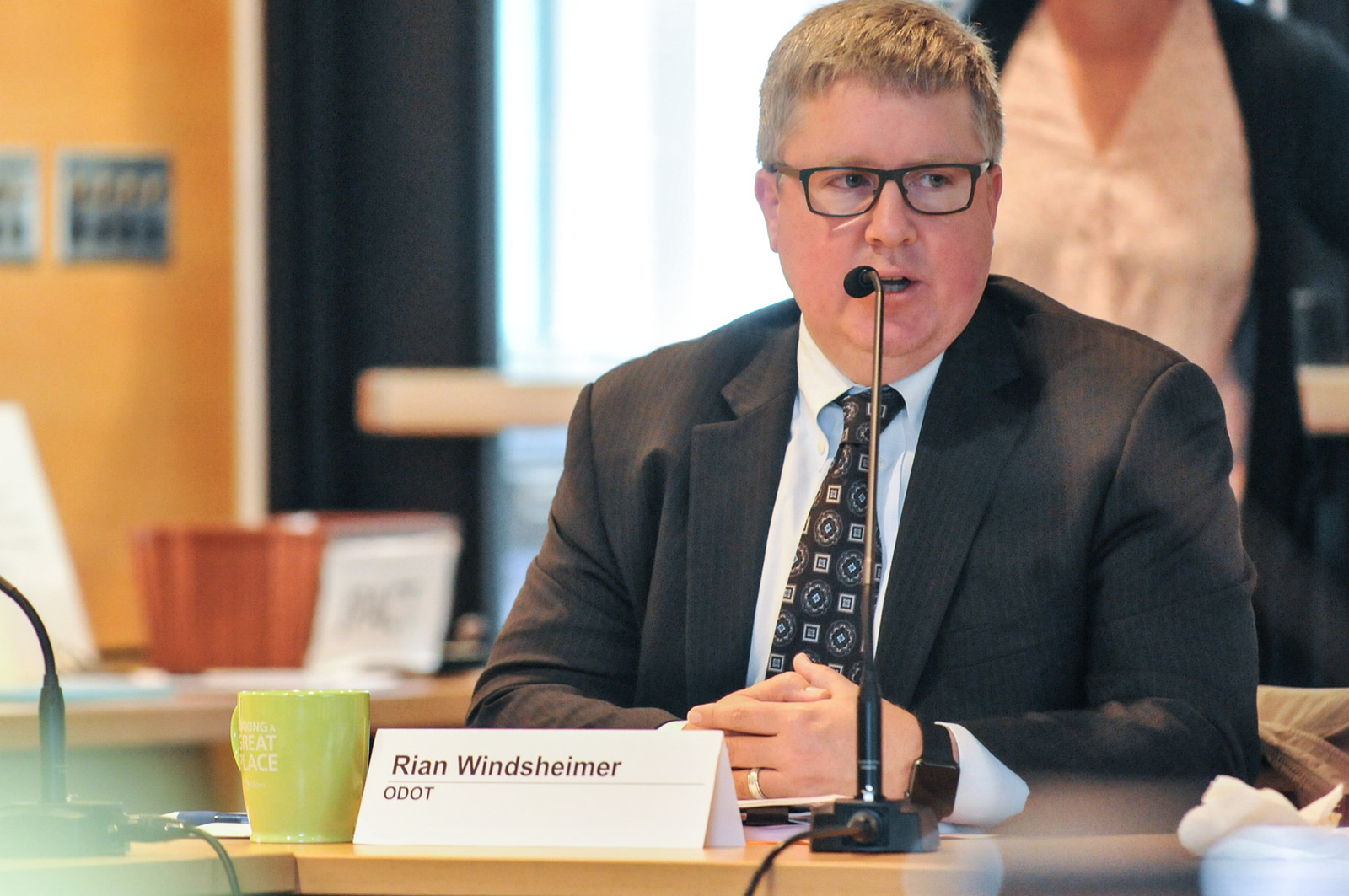 The politics around 82nd Avenue have changed. And ODOT hasn’t.

That fact has put the state transportation agency in hot water with local and regional elected officials. 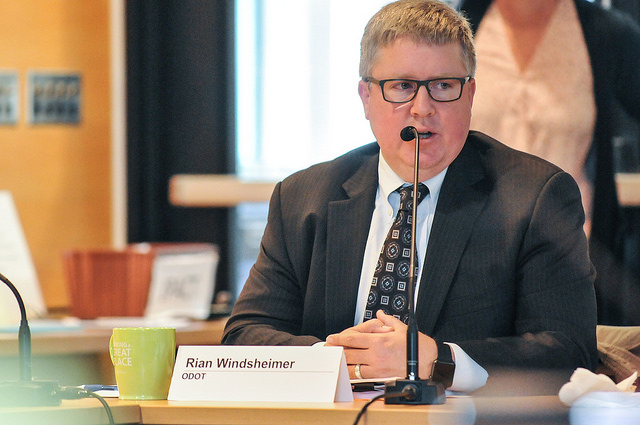 This post is written by Kiel Johnson, owner of the Go By Bike bike valet in South Waterfront.

The Oregon Department of Transportation, under the leadership of Rian Windsheimer, is trying to remove a bike lane on SE 26th without providing any satisfying reasons as to why this is a good idea. This should alarm anyone who thinks that Portland should be safer for bikes and that our transportation system should be designed around evidence. From favoring auto capacity over transit, to spending $450 million to widen a freeway while many of the most dangerous streets that are under state control lack safe crossings, ODOT has repeatedly proven they are not acting in the best interests of the people of Portland. If ODOT is going to regain the trust of the community they serve, there needs to be a cultural change at ODOT that starts at the top. The director of ODOT who oversees Portland, Rian Windsheimer, must go. 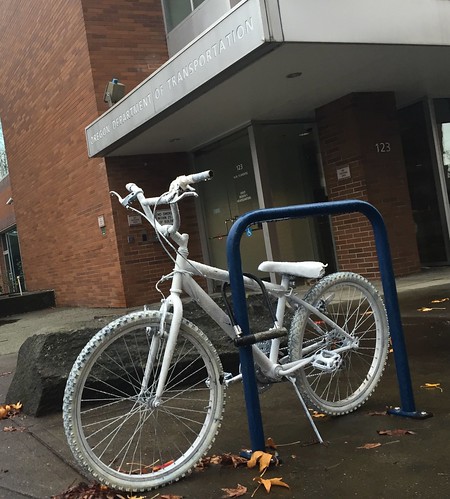 One month after he died, a ghost bike for Martin Greenough remains locked
to a rack outside ODOT’s Region 1 headquarters in northwest Portland.
(Photos © J. Maus/BikePortland)

One month ago today Martin Greenough died while cycling on NE Lombard at 42nd. Martin was new to our city. In fact, we learned from his housemate that his ride home from work that fateful Saturday evening was very likely the first bike ride he’d ever taken in Portland. 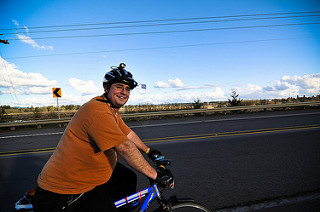 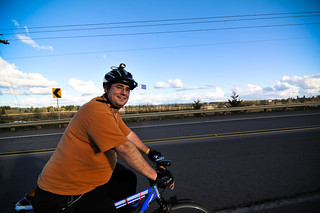