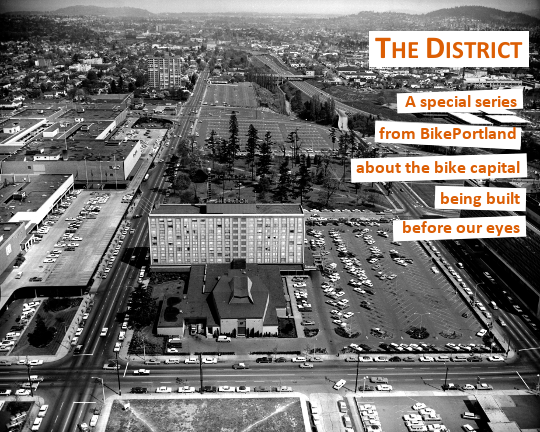 The 15th/16th curve before any changes.
(Image: Google Street View)

The divided four-lane street that runs between the Holladay Park Plaza senior-housing skyscraper and the Lloyd Center Mall is about to get a lot easier to cross.

For most of the distance between Northeast Multnomah and Halsey streets, two of the four current general travel lanes on Northeast 15th/16th will be converted to massive five-foot-wide cross-hatched buffers. The bike lanes, meanwhile, will be widened from five feet to seven. Finally, a zebra crosswalk and median refuge will also be added between the Holladay Park Plaza tower, just east of 15th/16th, and the mall parking lot, just west.

The link is significant to the city’s biking network because the rapidly developing Lloyd District currently offers no low-stress biking connections between the Multnomah Street protected bike lane and the neighborhoods to the north, including the commercial district on Broadway and Weidler. 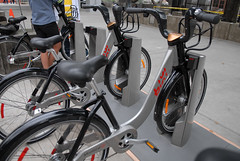 As public bike-sharing systems continue to be launched in cities around the country (including a novel new system being developed in New York City), the City of Portland still sits on the sidelines. But that hasn’t stopped the Lloyd District Transportation Management Association from exploring a system of their own.

The Lloyd District TMA is a non-profit, public/private partnership funded through a combination of Metro and federal grants along with membership from nearby businesses. Their mission is to promote a “balanced transportation system” in the heavily commercialized area bounded by the Willamette River, I-84, NE 15th and NE Broadway. 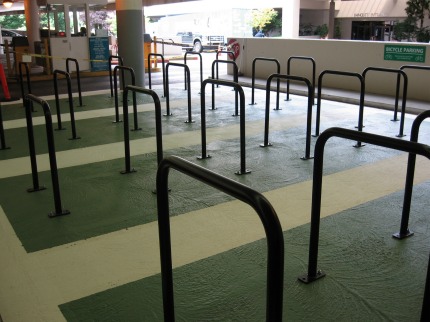