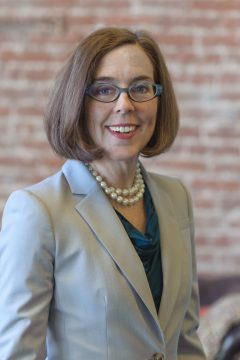 Hopefully she won’t go through with it.

Ted Wheeler will lead Portland, and he’ll have some new money to play with too.

The race is coming down to the wire. 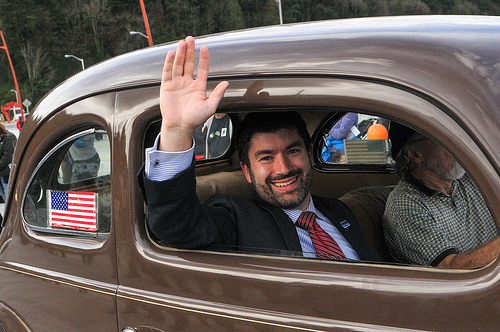 Jules Bailey has gone from state to county office. Now he wants to lead our city. 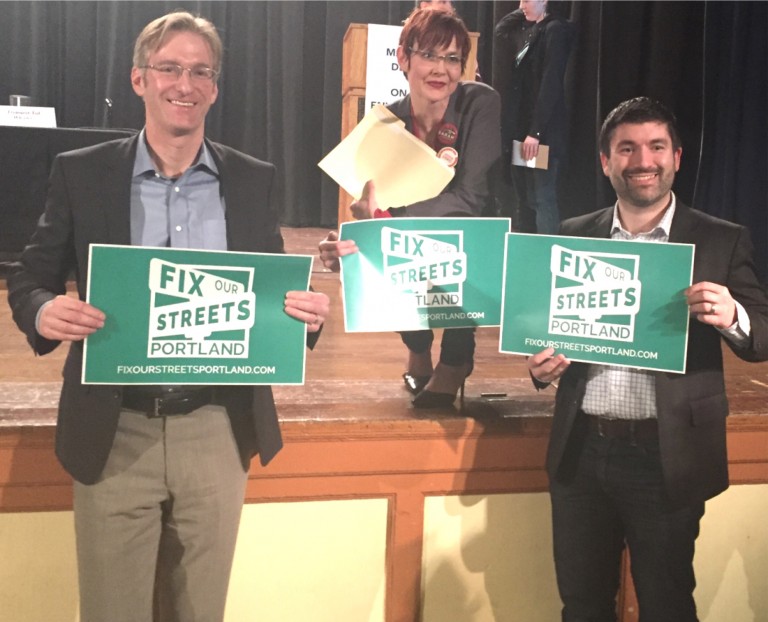 A green city is a cycling city.

With help from development interests, Wheeler is dominating mayoral fundraising

Among his donors is Paul Romain, the local oil and gas station lobbyist.

Bailey is someone many of you might already be familiar with.

Don’t let them divide us.

Rep. Jules Bailey.(Photo © J. Maus/BikePortland) A bill in the legislature seeks to amend the Oregon Constitution in order to use gas taxes and motor vehicle fees to pay for biking, walking, transit and other types of projects. Gas tax and vehicle fee revenues — a.k.a. the highway trust fund — accounts for over one-third … Read more

Weight-based traffic fine idea will have to wait

She would have gotten a lower traffic fine had Bailey’s bill moved forward.(Photo © J. Maus) Last week we reported on State Representative Jules Bailey‘s proposed bill to create a new vehicle weight class that would include bicycles and to base traffic fine amounts on the weight class of offenders’ vehicles. If passed, the law … Read more

State Rep. Jules Bailey Newly elected Oregon State Representative from Southeast Portland, Jules Bailey, has introduced a bill into the legislature that would create a new vehicle weight class for non-motorized vehicles weighing under 50 pounds — such as bicycles (we think that weight might be too low with some of today’s new cargo bikes, … Read more