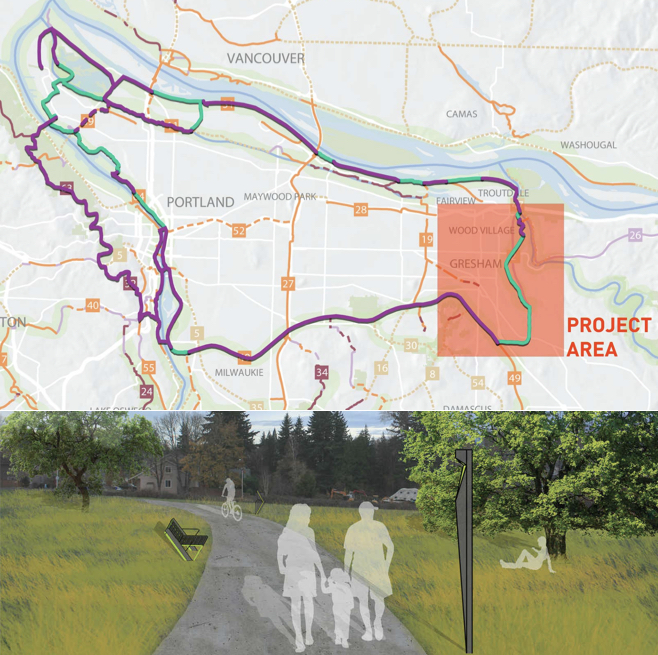 Filling a six-mile gap between Troutdale and Gresham would put a serious dent in the “40-mile Loop” — a trail concept that’s been in regional planning dreams for well over a century. And Metro is creating a plan to do just that.

But where some see an historic opportunity for a new, low-stress place to walk and roll, others see a perfect place for people who live outside to pitch tents and build encampments. 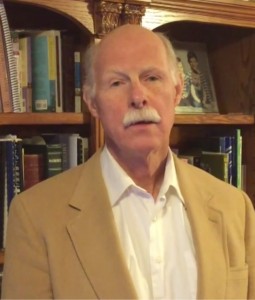 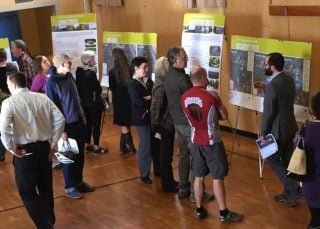 In an unprecedented move, Metro has proposed singletrack trails in a natural area that would be built specifically for bicycling. Calling them “bike-optimized” trails, Metro unveiled the concept at an open house for the North Tualatin Mountains project at Skyline School last night.

Using money from voter-approved bond measures, Metro is now ready to develop 1,300 acres spread across four separate parcels just north of Forest Park between Skyline Road and Highway 30. From the outset, Metro hinted that singletrack trail riding would be considered as they designed the trail plans for the parcels. Last night they made it official.