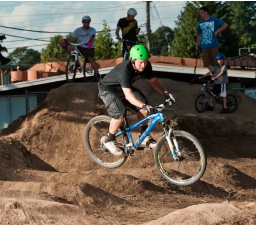 The non-profit Northwest Trail Alliance has wrapped up work on their major renovation to the bike park in Eichler Park near downtown Beaverton (13710 SW Farmington Road).

The new design features three different “jump lines” suitable for all skill levels as well as a small pump track where riders flow through a series of whoops and berms to build momentum. The park was specifically designed for both 20-inch (kids/BMX) and 26-inch (MTB) wheeled bikes.


As you can see in the photos below, it’s fun for all ages. Check out young rider Max Suffin… 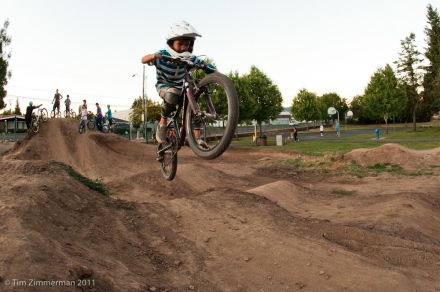 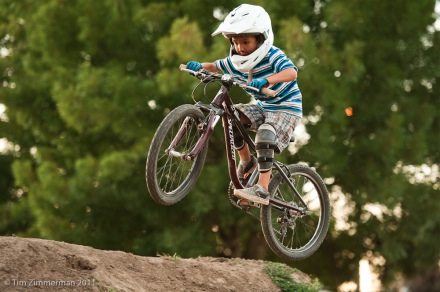 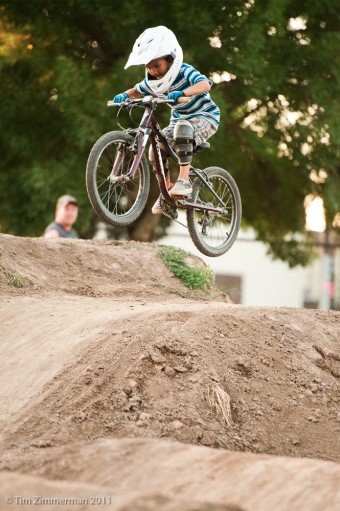 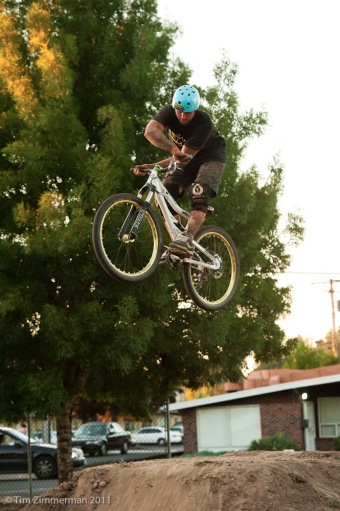 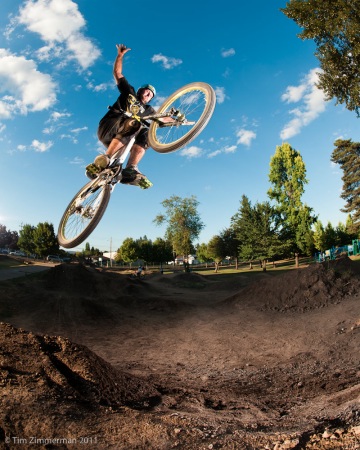 Speaking of building, a project like this is only possible because of dedicated volunteers… 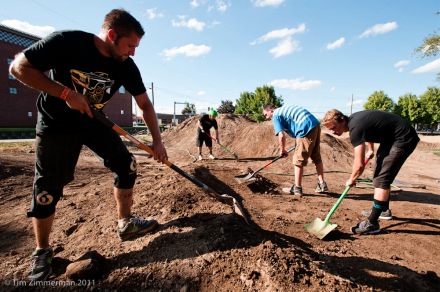 And one more shot of GT-sponsored pro Eric Carter… 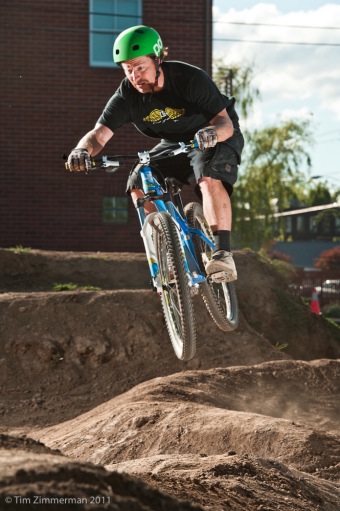 The NTWA signed an agreement with Tualatin Hills Parks and Recreation District (THPRD) back in April to redesign, rebuild and manage the long-neglected park.

Speaking to the rise in popularity of this style of riding, THPRD project management and support coordinator Jon Campbell said, “This partnership is really just a great way to provide something we don’t have anywhere else in the district.”

To celebrate the completion of the park, the NWTA is hosting a grand opening party on September 24th.

As I shared back in April, this is one of two urban bike park projects the NW Trail Alliance is actively working on. Just this week, the group signed an agreement with the City of Portland to build a new pump track at Ventura Park in East Portland. Stay tuned for more on that project, including the announcement of work parties to help get it started.

Very Cool!! Is Eric Carter a local? I cant recall. North Portland needs a pump track. With so many kids, and green spaces to place one, it should be easy to bring about. I will gladly bring my shovel to the East side project!

Really looking forward to the Ventura Project! Want to get out and see the goods in Beaverton.

We are working on a project to bring a pump track to New Columbia, working with a bunch of partners and some community champions. If everything works out there will be a pump track/bike skills park ready to go next summer along with a shipping container converted into a mini bike shop, too boot. The goal is to use it as a way for kids to learn great riding skills, go on community rides, have a place to fix bikes, and have residents of New Columbia lead the way. Stay tuned…

What a great thing to hear! This would be a great way to bring young people into cycling that is fun and hopefully inspire them to enjoy riding far into their adult lives. Being mere blocks away, I would be more than happy to help if need be. thanks Alison!

I may come over from the coast this weekend and check this out. Thanks for providing the NW kids a place to ride! VERY COOL!!!!

The last photo is actually Mike Hogan, NWTA member and primary builder at the bike park. Without his determination the project wouldn’t have been possible.

Eric Carter isn’t local but his wife has family in the area. Special thanks has to go to the GT bicycles crew for coming out and helping maintain Eichler the day we shot these photos.

thanks for pointing that out Zimmerman. I’ve edited the photo order and descriptions.

We’re excited to see this project come to fruition. The first of many, we hope. Dirt will be delivered to Ventura on Monday or Tuesday of next week, with a few build days to follow. Keep an eye on our website.

I’m also excited about the Project at New Columbia. I met with the folks from NC and Laura from CCC a couple of times in August to discuss the possibilities. I think there’s room for a couple pumptracks, some dirt jumps and a perimeter singletrack trail. A great site with a couple of very nice trees.

The urban riding scene is about to transform.

When is the next build day i would love to help