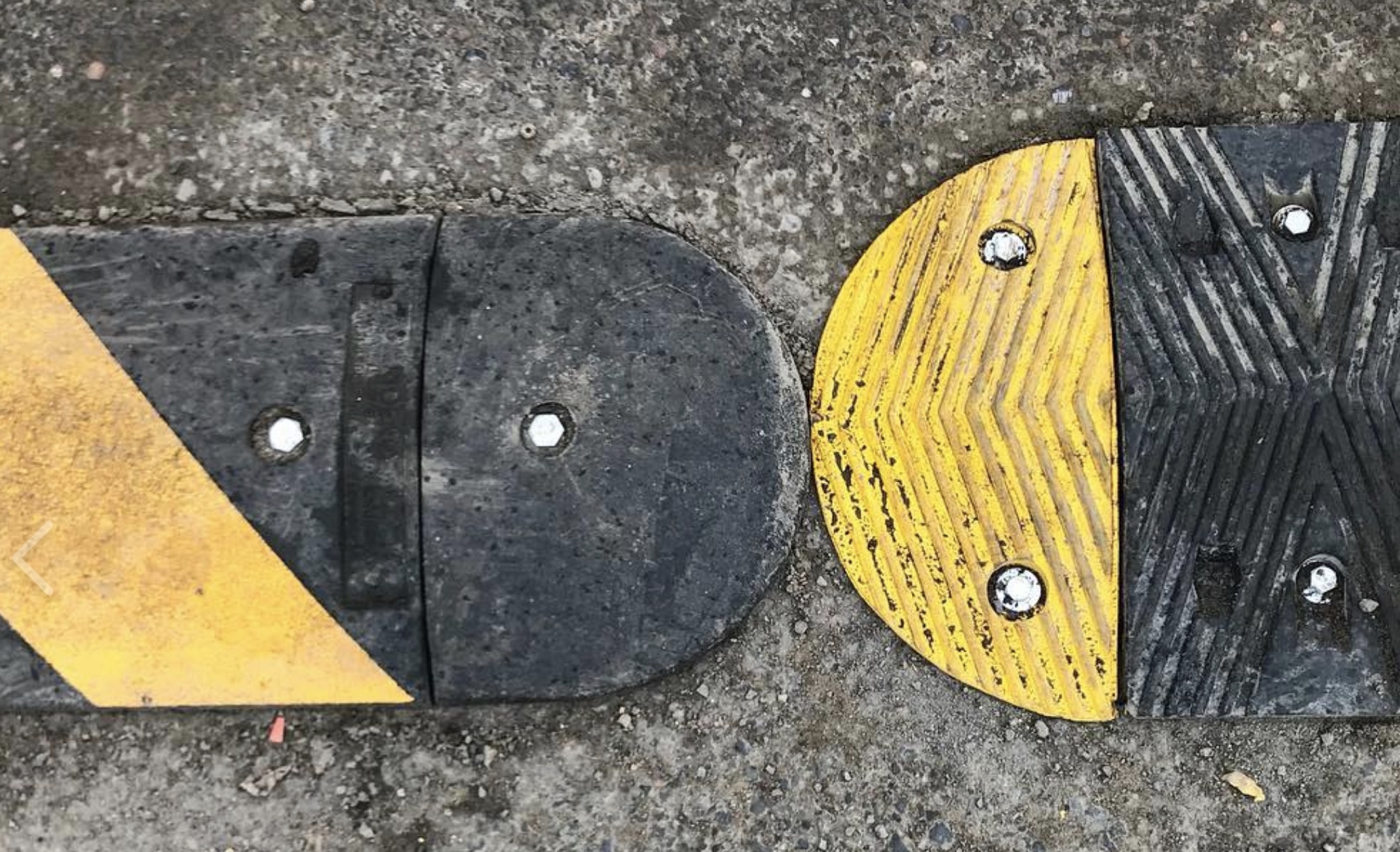 The Portland Bureau of Transportation wants to make intersections safer by slowing down drivers making left turns. To accomplish this, PBOT is testing the use of modular speed bumps. The bumps act as curbs that encourage people to take more angular turns instead of cutting them at high speeds.

The bumps are made out of a composite material and are screwed into the pavement. Yesterday PBOT staff installed two different version of them in the Albina Yard maintenance facility and rode over them with a bicycle, a truck, and a motorcycle. They also sprayed them down with water to see if they got slippery.

According to posts on social media, PBOT says they, “Wanted to see what these bumps felt like for bike riders of both variety, particularly if the had enough traction when hit at an angle, when wet.”

And as you can see in the example above from New York City (which PBOT linked to), the bumps could be placed directly in the path of a bicycle rider. In a post yesterday, PBOT wrote, “These bumps are placed so bikes won’t have to ride over them much, but we know there may be times a cyclist has to go over one, so we want to make sure the design we choose is safe.”

These speed bumps appeal to PBOT not only as a speed and dangerous turn deterrent, but because they could be installed relatively quickly.

Of the two designs under consideration; one is wider with more aggressive treads, and the other is narrower with fewer tread lines. Once a style is chosen, they plan to use them at high crash intersections with a history of collisions involving bicycle riders and walkers.

Stay tuned for more on these if PBOT hosts a test that’s open to the public. Once they are in the wild we’ll give them a closer look. 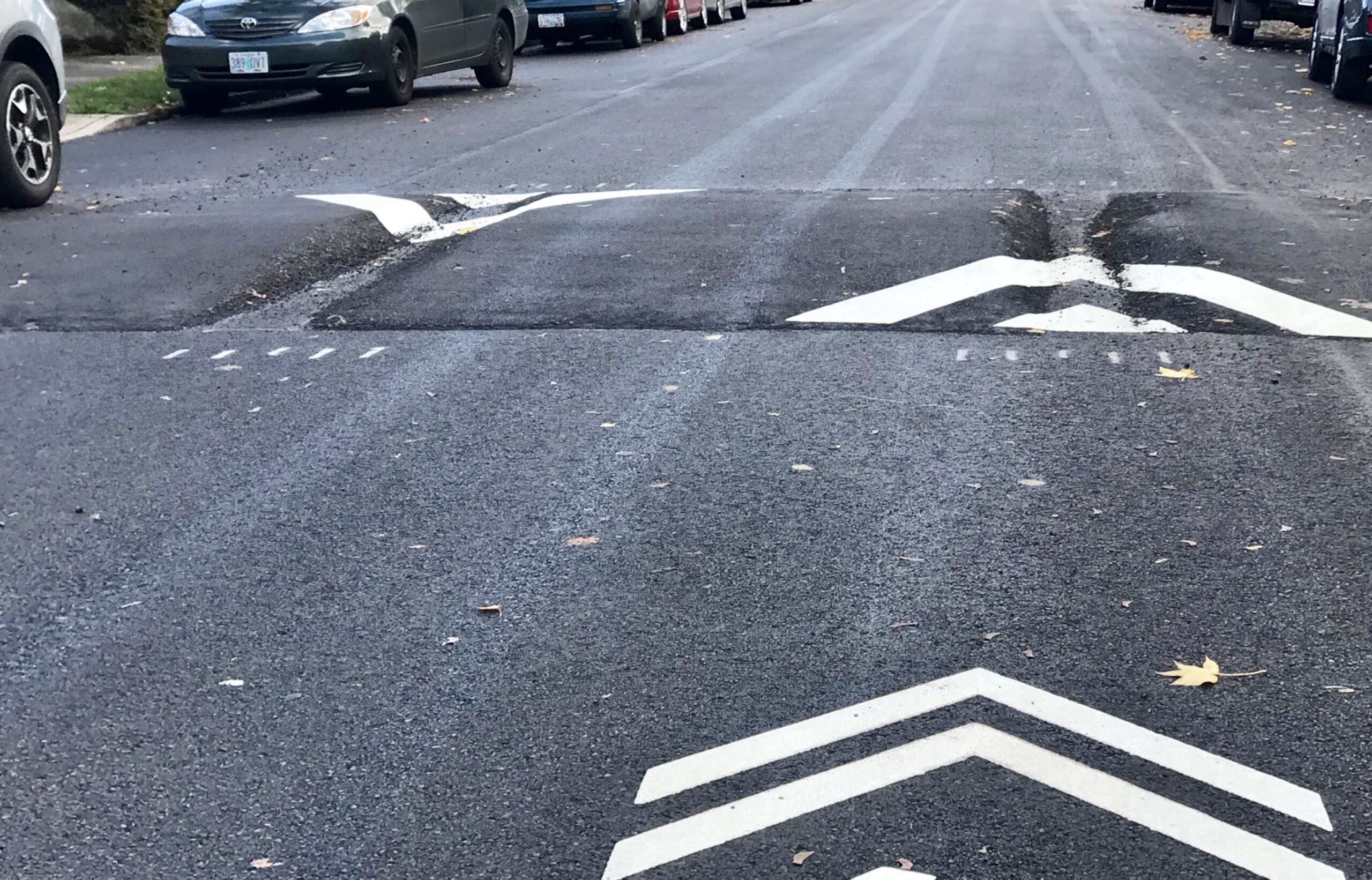