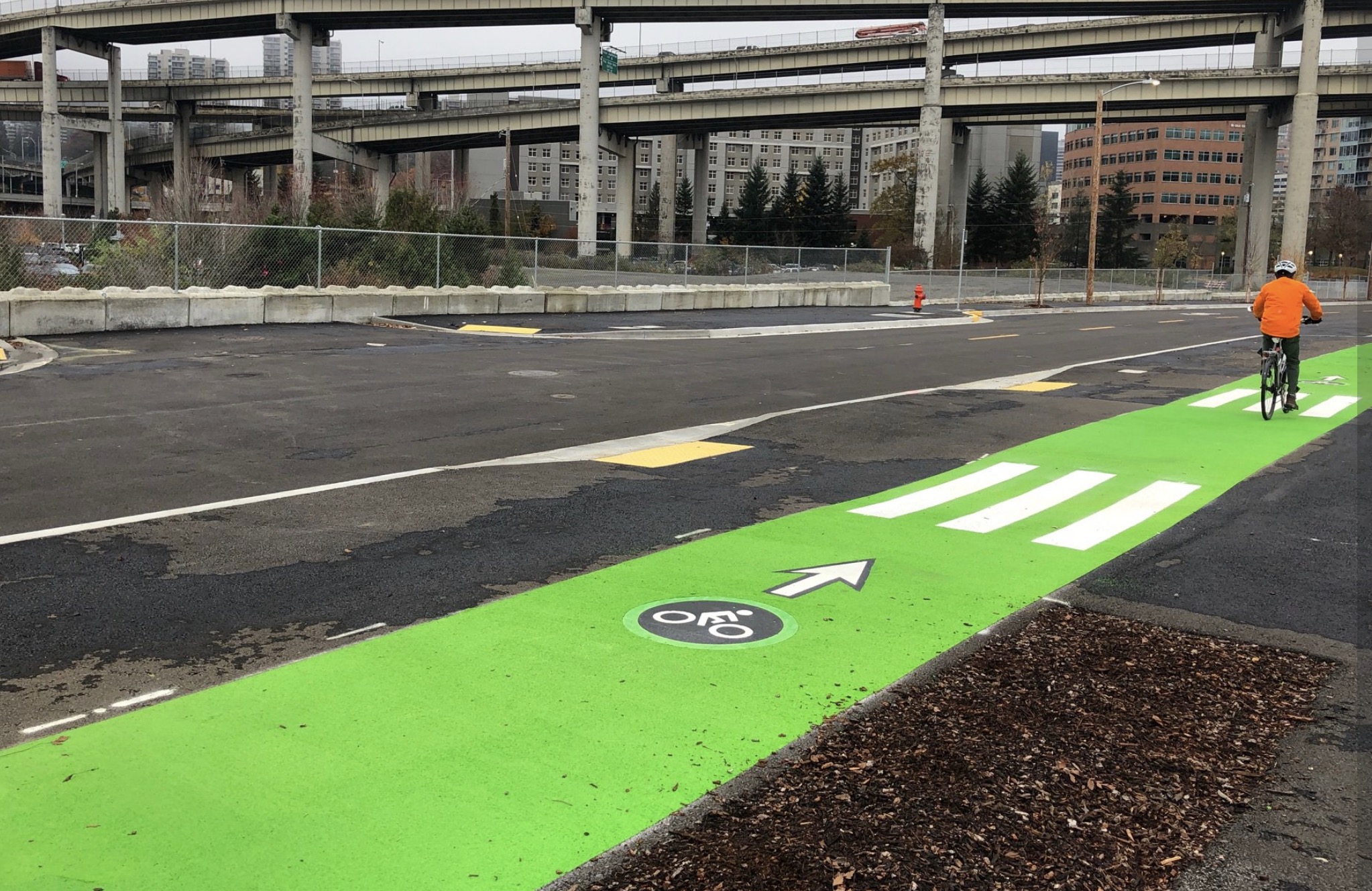 With an unprecedented number of projects in the pipeline, it’s hard to keep up with all the work being done by the Portland Bureau of Transportation these days. 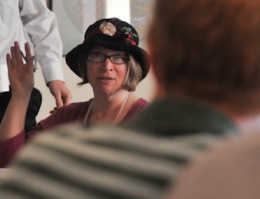 Major changes on and around the NE 12th Avenue overcrossing of I-84 got a big green light this morning when the project’s Stakeholder Advisory Committee voted unanimously to support a proposal by the Portland Bureau of Transportation (PBOT).

The project is one of the three Lloyd District Bikeway Development Projects currently under consideration by PBOT.

This morning’s resounding support marked a major shift in opinion about this project among some key stakeholders. 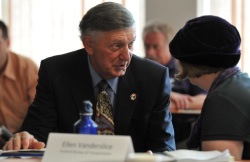 After six months of meetings, analysis and negotiations, the City of Portland appears poised to implement changes that will improve bicycle access on and around the 12th Avenue bridge over I-84 in the Lloyd District.

At a meeting of the Stakeholder Advisory Committee for the Lloyd District Bikeway Development Projects this morning, a straw poll on whether or not the current plans (see them below) are “on the right track” was just one vote shy of unanimous.

Here are some highlights from the currently proposed plan (followed by official drawings):

The info below was sent to Lloyd District project stakeholders by the City of Portland’s project manager (we’ll have more analysis on the front page later):

This message is an update on the test process for the traffic signals in the vicinity of the NE 12th Avenue overcrossing. The Portland Bureau of Transportation has installed new traffic signal controllers and completed the communication links and programming. We have completed the first two stages of a three-stage test, during which we’re collecting data about travel time, delay, and queue lengths at the signals.

In stage one, we collected baseline data for traffic conditions with the preexisting signal programming. In stage two, we modified the signal programming at NE 12th and Irving, NE Lloyd and 11th-12th, and NE Lloyd and 13th, without making any on-the-road changes. The indications from stage two are favorable, so we expect to proceed with stage three, in which our Maintenance Operations crews will implement temporary traffic control measures to simulate a “one lane in, two lanes out” configuration.

The temporary traffic control is scheduled to be installed this weekend. It will consist of traffic delineator posts at the entry end of each of the inner (left) lanes, along with appropriate signage. We are working with Franz Family Bakeries, which has been extremely helpful, to ensure that the temporary traffic control is appropriately placed to avoid compromising the left turn for trucks.

No permanent changes to the roadway will be implemented until we have completed the test process and the Lloyd District Bikeway Development Projects Stakeholder Advisory Group has had a chance to consider the results. The Lloyd SAC is scheduled to discuss this project on June 16, so we expect to have fully analyzed results by that time.

If you have any questions, don’t hesitate to let me know, and feel free to forward this message to anyone who is interested in the project. 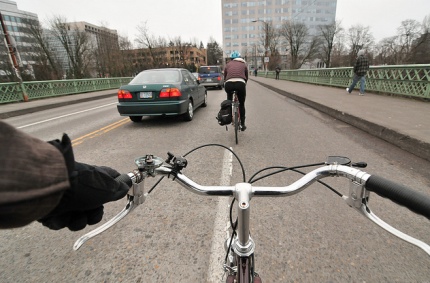 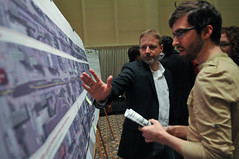 Last night was the first public open house for the City of Portland’s Lloyd District Bikeway Development Projects. Within this planning process, PBOT is taking a close look at three projects that could dramatically improve the bicycling experience in and around the Lloyd District. The projects include improved bikeways on N. Vancouver/Wheeler between Broadway and Multnomah (near Rose Garden), NE Holladay, and the NE 12th Ave overcrossing.

Working with a Stakeholder Advisory Committee (SAC), PBOT has come up with some initial options for how to move forward on these projects.