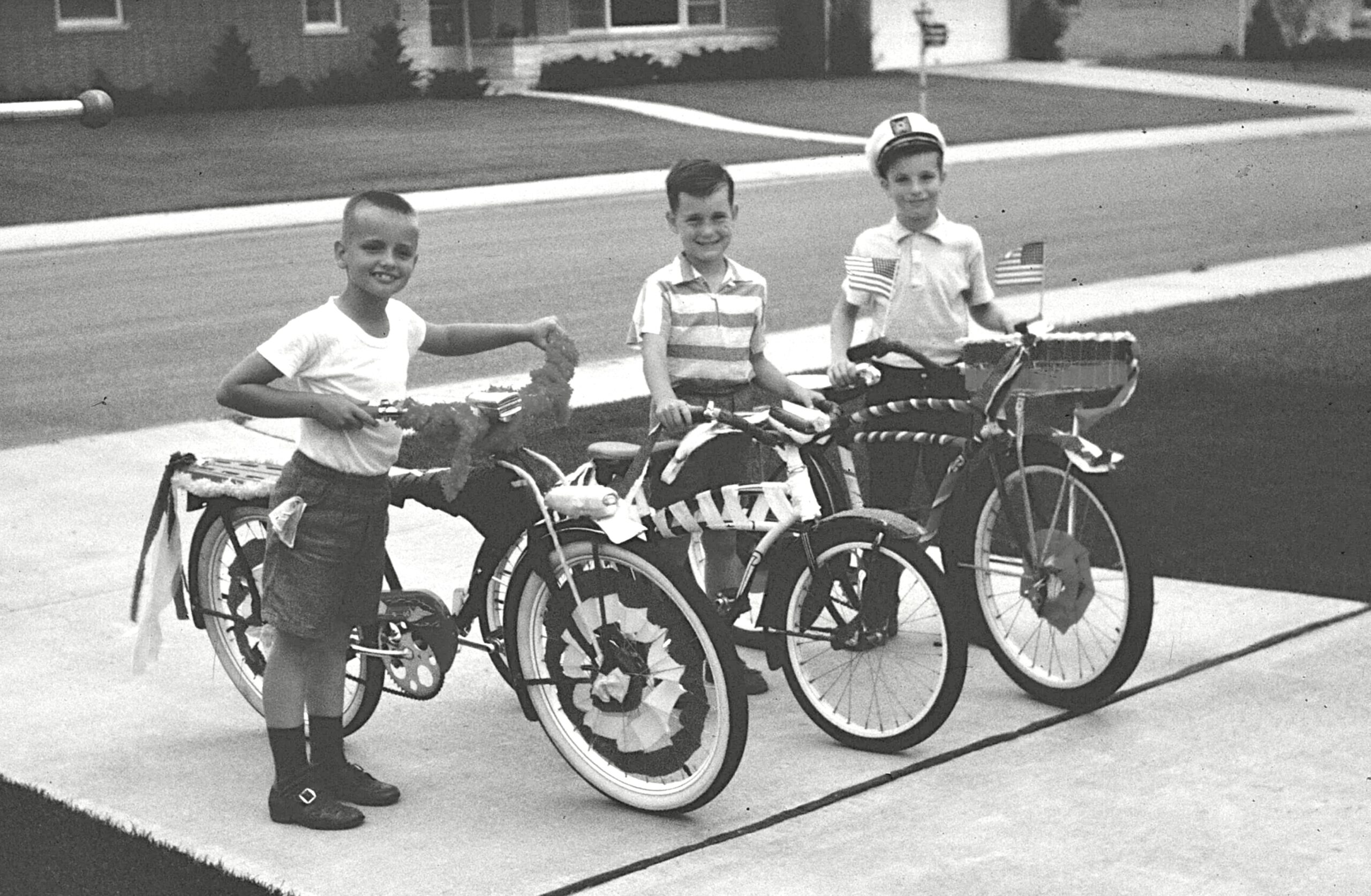 Keith Liden is a southwest Portland-based active transportation advocate and land use planner who has been a regular participant in local transportation circles ever since he caught the bug on the advisory committee for the city’s first Bicycle Master Plan, adopted in 1996.

And a few years ago, he completed a 25-year stint on the Portland Bureau of Transportation’s (PBOT) Bicycle Advisory Committee (BAC). Liden would have gladly continued to serve but was term-limited out.

BikePortland caught up with Liden at last weekend’s southwest BAC tour, and invited him to reflect on his years of advocacy and the next steps forward to making Portland a better biking city.

BikePortland: The world is such a different place than it was in the mid-nineties. Can you comment on the arc of transportation changes you have seen over the past 28 years?

Liden: Well, it’s been longer than 28 years. I first lived in Portland in 1974. I just loved this place after being raised in the Chicago suburbs. Perfect size, lots of positive energy, Goldschmidt as mayor, etc. Portland said “no” to the Mt. Hood Freeway and built the first light rail line instead. For a planner and active transportation advocate, it was euphoric, and the sky was the limit.

We seemed to reach our peak during the Bud Clark/Vera Katz days (with Earl Blumenauer on City Council), although momentum for bike improvements continued under Sam Adams. Since then, Portland appears to have lost its mojo. Could you imagine us making the equivalent decision of squashing the Mt. Hood freeway in favor of MAX today?

SW Corridor is a telling example of where we are now. Southwest Portland needs significant active transportation investment to support light rail. Instead, the plan emphasized park and ride along with active transportation eyewash, like calling sharrows on a collector street a full-flown bike facility, to make the project look worthy of a funding match from the Federal Transit Administration.

In comparison to our inspired transit projects from the past, SW Corridor was a real letdown. There was definitely more concern about auto throughput than pedestrians, cyclists, and transit patrons. It’s too bad because with serious planning and investment, I believe it could have been a game changer for southwest. Obviously, the project didn’t receive voter approval, and it’ll be years before it resurfaces – if at all.

BikePortland: What are some pressing next steps bike advocates should push for today?

Liden: We need to push for active transportation funding that is commensurate with our planning aspiration to have a 25% bicycling mode split by 2035. However, as a region, we don’t put our money where our mouth is. Bicycle and pedestrian funding is a tiny fraction compared to what is provided to enhance auto capacity and transit. We obsess over making driving wonderful any time of day, allocate our transportation funding accordingly, and wonder why more folks aren’t riding bikes and walking on substandard or non-existent facilities. Give me a break!

Liden: This is a significant problem in southwest. PBOT certainly makes improvements to the bike network here, but too often they are isolated and disconnected, and networks are only as good as their weakest links. To get the most from its investment, PBOT must focus more on connectivity.

BikePortland: You’ve done a lot of committee work, and I know accountability is an issue for you. Do you have any thoughts to share about that?

Liden: Boy, we could spend a long time on this one! Large bureaucracies like the city can be difficult to manage under the best of circumstances.

Off the top, I think we have two major types of accountability problems. First, there are the silos. Each city bureau is a silo, and in the case of PBOT, so are the departments. In too many cases they don’t communicate or work together as they should. In particular, if a plan wasn’t created within your silo, your bureau or department often doesn’t feel obligated to care or help implement it even though it’s a citywide plan.

Second, once a plan is adopted, the staff typically goes off to implement as they see fit with minimal public interaction other than to announce the next improvement project. SWIM, as an example, is a supposedly short-range plan that will nevertheless take many years to implement due to insufficient funding. Southwest residents should have an opportunity to participate with staff in project prioritization. After all, we are the customer.

BikePortland: Do you have any final thoughts?

However, around 2013-2015, the bicycling mode share began to decline. Covid and new work/commuting patterns complicate our understanding of what’s going on, but we need to discern why more people aren’t riding. Our system is certainly better than it was in 2015, so why don’t we see an upward trend? I believe Metro, Portland, and other governments in the region should sponsor a comprehensive survey to understand what is keeping people from riding. The survey should focus not on those who are riding now, but the “interested but concerned” category who are not riding but would be given the right conditions. This knowledge could be used to improve our investment strategy. It could make future efforts more focused and effective. 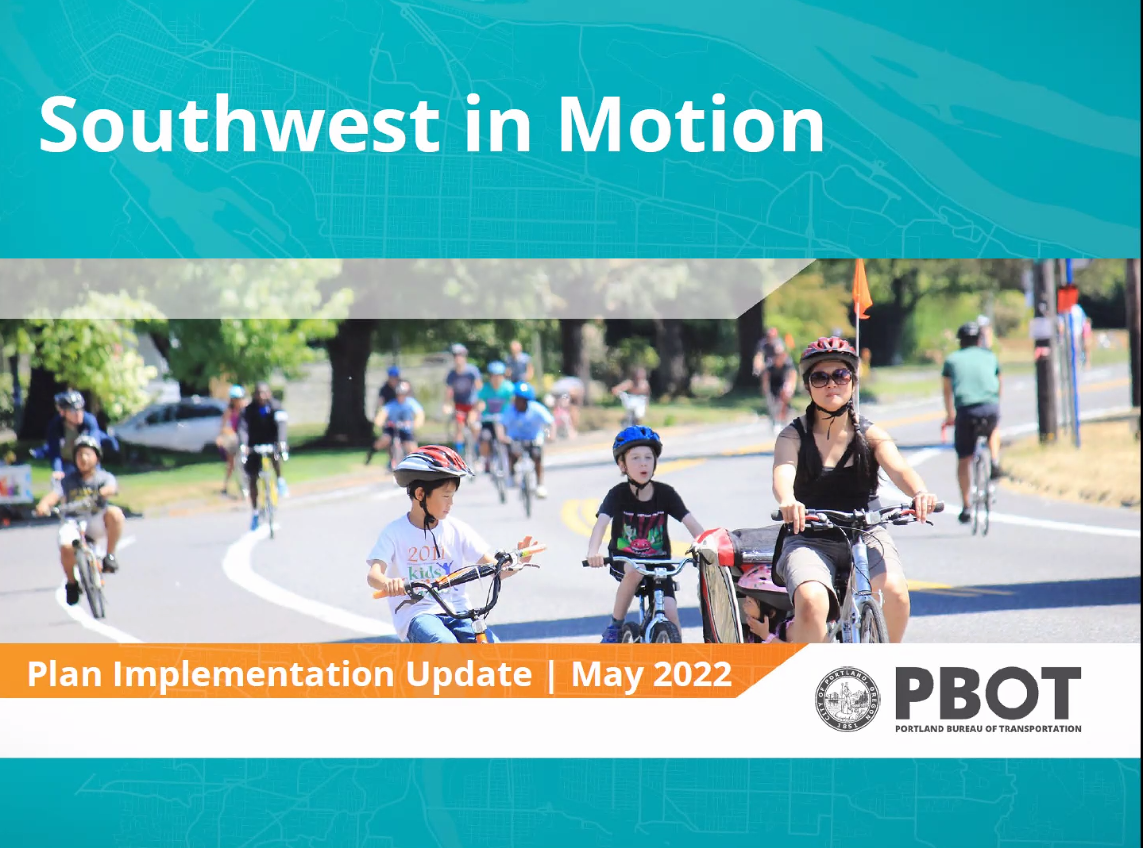 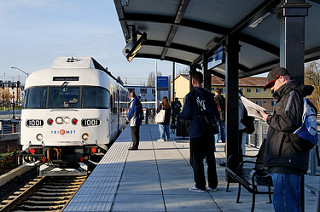 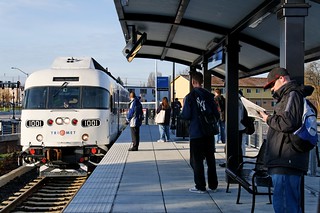 TriMet’s Westside Express Service commuter rail line, built for the equivalent of $178 million in 2008, is getting some new investment.

The line between Beaverton Transit Center and Wilsonville costs TriMet $135,000 per week to operate and serves something like 900 to 1,000 people per weekday.

The Oregonian reported Monday that the regional transit agency was agreeing this week to spend another $2 million to buy and retrofit two rail cars from Texas: