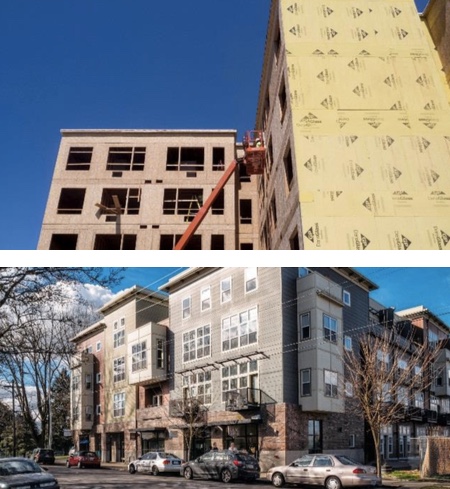 The first hearing for the City of Portland’s Inclusionary Housing Zoning Code Project took place at city council today and biking and walking advocates showed up to support the proposal and urge council to pass it.

As we’ve reported for years now, there’s a clear intersection between affordable housing policy and cycling: The most bike-friendly neighborhoods are also the ones where we’ve seen tremendous market pressure exerted — and many of them are now unaffordable to many low and even middle-income Portlanders. And according to the National Household Travel Survey, low-income households drive much less than those with high-incomes.

One way to make neighborhoods more affordable is to require developers to build affordable housing units in their new buildings. Otherwise they’ll sell the units at whatever price the market can bear — and that happens to be a lot of money in Portland’s red-hot housing market. The result is a sort of forced migration of people with lower incomes into neighborhoods further away from the city center. 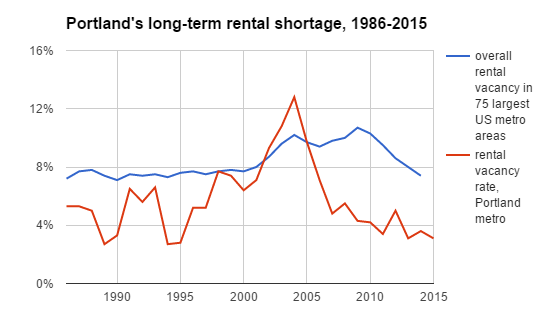 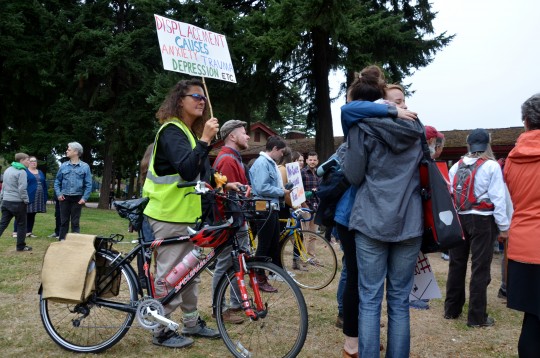 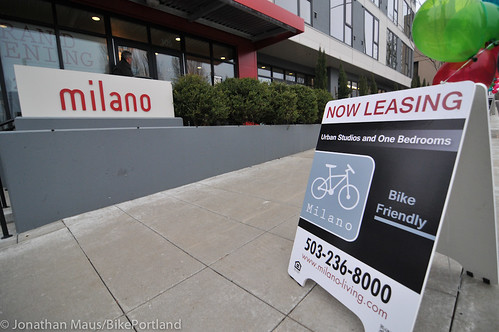 Inclusionary zoning would let cities turn the voluntary agreements that have made the Pearl District relatively income-diverse into mandatory rules.
(Photo: J.Maus/BikePortland)

Oregon just got some powerful new voices in support of ending the state’s unusual ban on a type of zoning designed to preserve income-diverse neighborhoods.

It’s a development that could slowly add up to a significant number of new apartments and condos in bikeable, walkable parts of Portland being set aside for lower or middle-income people.

The news was reported late Wednesday by The Oregonian, whose reporter Denis Theriault covered a state Senate hearing in Salem about “inclusionary zoning,” as the policy is known. 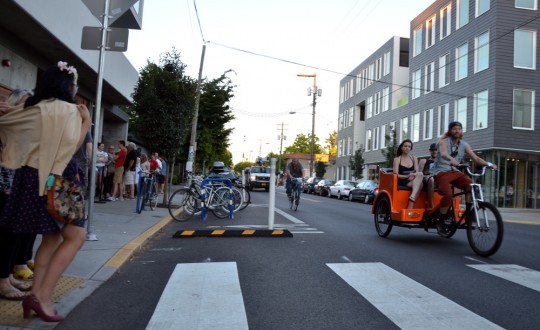 Though the bill would have affected only condos and other owner-occupied homes, some rallied around it as a seemingly achievable way to preserve income diversity in bike-friendly areas like Southeast Division Street.
(Photo: M.Andersen/BikePortland)

A bill that would have let Oregon cities require some condominiums in some new housing projects to be sold for below-market prices reportedly died in the state Senate on Wednesday.

One leading advocate for inclusionary zoning, as such policies are known, said late Wednesday that Senate President Peter Courtney (D-Salem) and Senate Majority Leader Diane Rosenbaum (D-Southeast Portland) had “opted against a final caucus on the bill, claiming that the votes aren’t there.”

“We believe otherwise,” added the advocate, Jonathan Ostar of Portland-based OPAL Environmental Justice Oregon, in an email to supporters of House Bill 2564. “It’s beyond frustrating that the caucus won’t get to discuss this last amendment.”

The bill’s backers include the Bicycle Transportation Alliance, 1000 Friends of Oregon, Upstream Public Health and other groups looking for ways to keep Portland’s decade-long housing shortage from making it impossible for most people to afford homes in Portland’s bikeable, walkable neighborhoods. 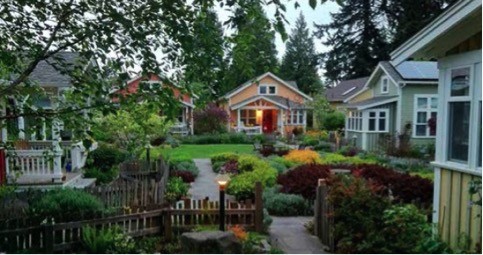 This is a guest post by Eli Spevak of Orange Splot. Spevak, who the Portland Mercury once described as “the coolest condo developer ever,” develops small, often freestanding homes in single-family neighborhoods with a goal of increasing the city’s supply of housing that’s both affordable and environmentally low-impact.

Neighbors bemoan the demolition of older homes and the scale of new ones – and worry for the character of their neighborhoods.

Demographers see the trend toward more and smaller households – and wonder where they’ll be able to find enough right-sized and affordable homes.

Planners recognize that we can’t rely only on high density centers and corridors to accommodate all expected new residents; neighborhoods will need to play a role too. 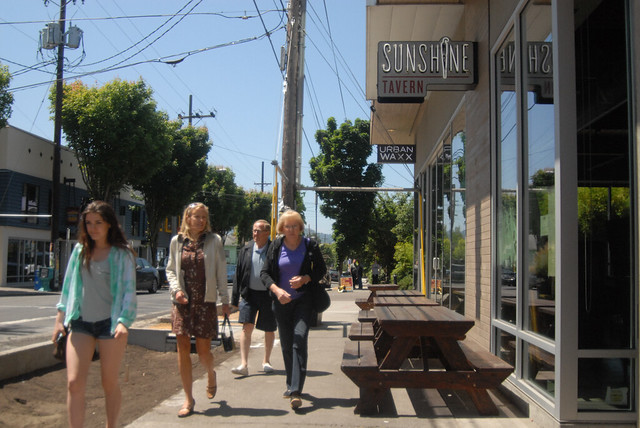 SE Division Street has a frequent bus, two parallel neighborhood greenways and many shops within walking distance — but prices in the area are so high that many residents own cars anyway.
(Photo: M.Andersen/BikePortland)

Oregon’s 20-year ban on a common affordable-housing policy could be headed for the dustbin, based on what happens after a hearing in Salem next Monday.

The policy, known as inclusionary zoning, would allow city governments to require that new buildings within certain areas include certain ratios of lower-rent housing units. Backers call it a useful tool for preventing desirable parts of town from becoming homogeneously wealthy. 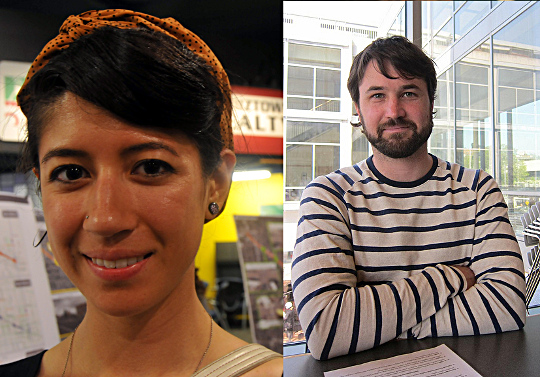 One after another, Portland’s formerly affordable neighborhoods have seen the rising appeal of low-car life drive their mortgages and rents sky-high, at least by local standards. But what’s to be done?

Vivian Satterfield and Justin Buri say they’ve got a city-level policy suggestion that can help. Their main problem is that in Oregon, it’s banned by state law.

I sat down this month with the pair – Satterfield is associate director for OPAL Environmental Justice Oregon, Buri is a board member for Housing Land Advocates, and both get around largely by bicycle – to talk about a concept, inclusionary zoning, that might require all developers within certain areas to include lower-priced, income-restricted units in their new buildings.