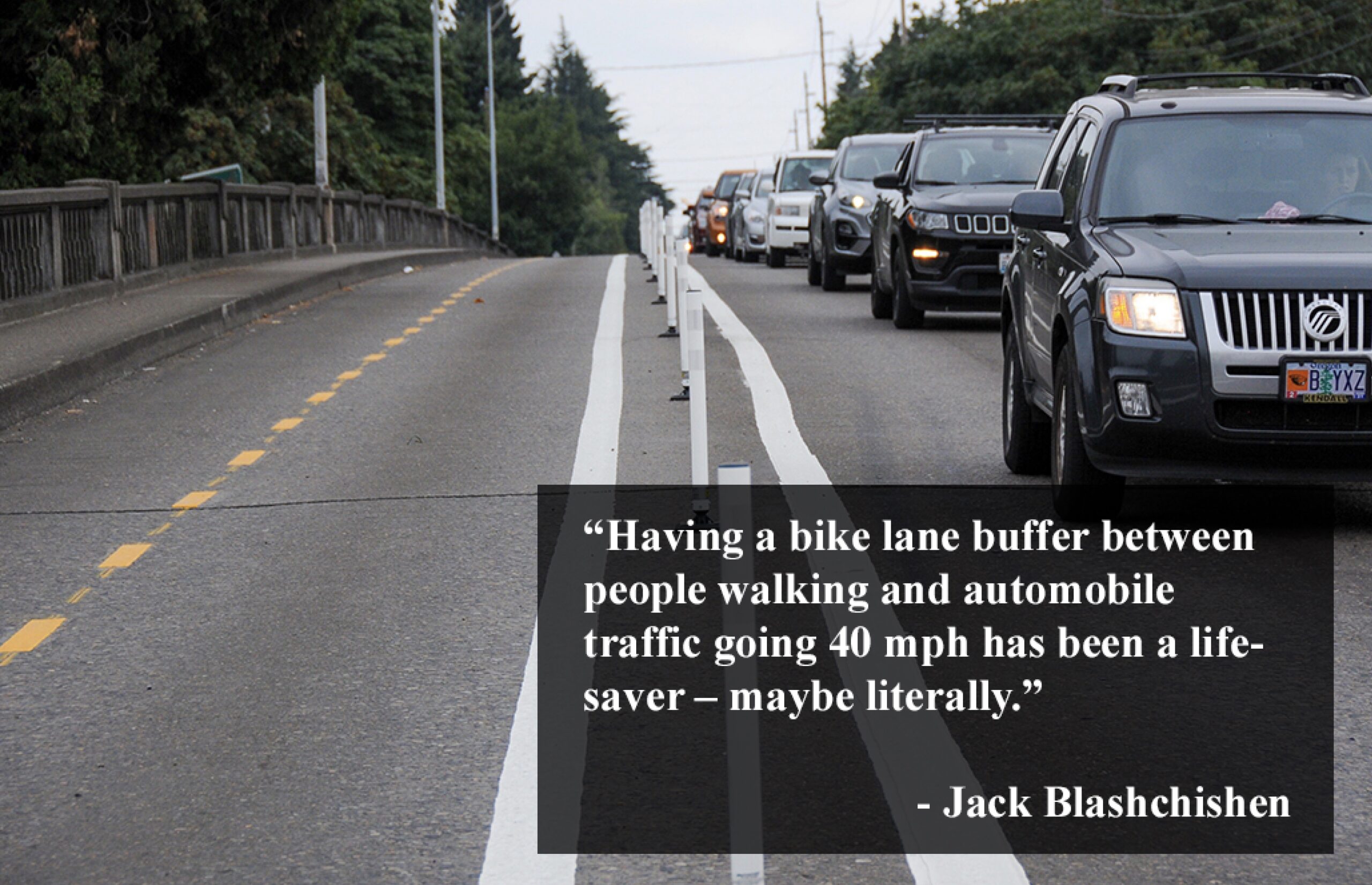 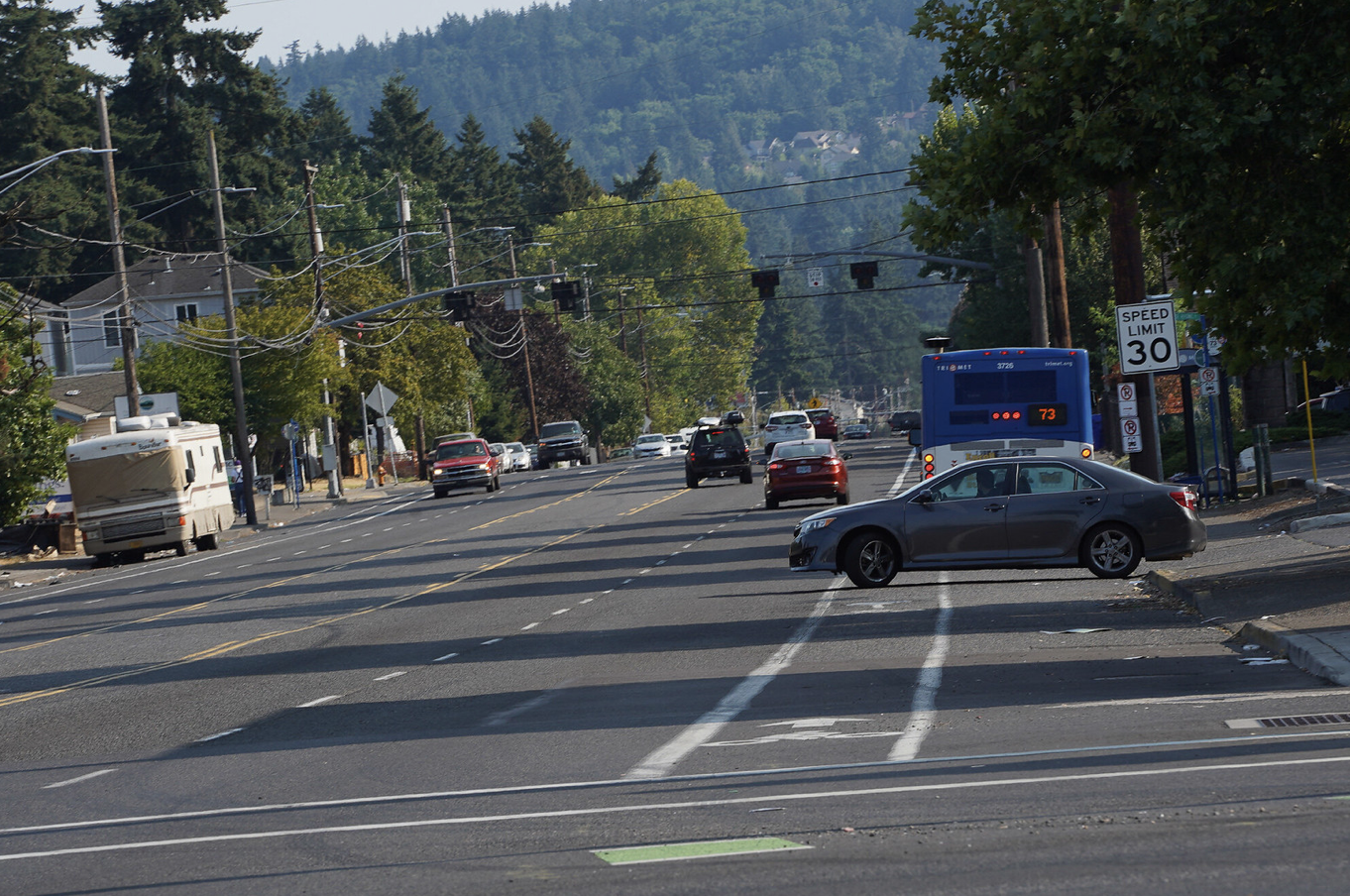 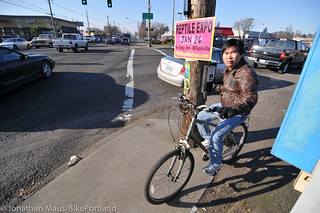 Funds will help with design updates on
auto-centric streets like SE Foster.
(Photo by J. Maus/BikePortland)

A grant from the State of Oregon will help the City of Portland continue their work to tame dangerous arterial streets.

Last Wednesday, City Council accepted an $85,000 grant from the Oregon Department of Transportation’s Transportation Safety Division. The funds — which amount to just 0.25% of the ODOT Safety Division’s $33 million annual budget — will be matched with $63,750 from the Portland Bureau of Transportation and will be applied toward, “specific engineering, enforcement, and education strategies and proven traffic safety countermeasures on identified Portland arterials” (according to Council ordinance). 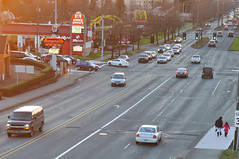 How can PBOT best target safety
resources to streets like these?
(Photo © J. Maus/BikePortland)

The City of Portland Bureau of Transportation (PBOT) has announced three open houses where you can learn more and offer input on their High Crash Corridor Safety program.

High Crash Corridors are roadways that, according to PBOT, “have exceptional concentrations of crash activity.” By identifying these corridors and putting them into a coordinated program, PBOT is able to target limited funding to make them safer. Current roads on the list include Portland’s most notorious arterials like SW Barbur, SE 122nd, SE Foster, SE 82nd, SE Powell, Marine Drive, SW Beaverton Hillsdale Hwy, SE Division and others.

We all know these roads kill and seriously injure Portlanders far too often. These open houses give you the chance to do something about them. 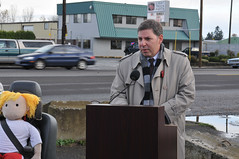 The Portland Bureau of Transportation has announced three public open houses for their High Crash Corridor program. The first one, which will focus on SW Barbur Blvd, is set for this Wednesday, April 13th.

According to PBOT, the upcoming open houses will provide them with, “an opportunity to hear from community members about specific problem areas, discuss pedestrian, bicycle and transit deficiencies, and learn about existing transportation safety conditions.”

Stop by to learn more about transportation safety on SW Barbur Blvd. and share your feedback about: