The former location of Clinton Street Video will soon be bike shop.

Joe Bike owner Joe Doebele says he plans to open a second location at 2501 SE Clinton late next month. The corner location will put him in the heart of a bustling Hosford-Abernethy neighborhood commercial district and right next door to Pedal PT, a cycling-focused physical therapy and bike fit studio. This section of Clinton is also a neighborhood greenway route and popular cycling thoroughfare.

“One of our musts is to be on a greenway.”
— Joe Doebele, Joe Bike

Joe Bike moved into its current location on SE Cesar Chavez and Lincoln in 2012. Doebele says the new space on Clinton will become his main store with more space for an expansive showroom for new bikes and accessories. The old store will be reorganized into a repair and service-oriented location.

The move gives Doebele more than twice the space he had before — over 2,000 square feet.

“We’ve needed more space for a long time,” Doebele shared with us this week. “One of our musts is to be on a greenway, but it’s hard to find a place on one. For years, every time I passed the Clinton St Video location, I would say, ‘that’s the place’.” 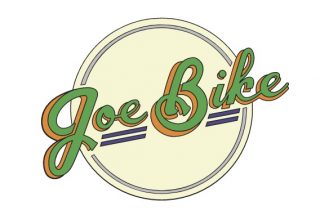 Doebele’s local bike entrepreneurialism began when he started importing city bikes from China in late 2008. A few months later he opened his first retail operation on SE Hawthorne Blvd. In 2009 he tried to ride Portland’s cargo bike craze with a “Shuttlebug” model he created and sold.

Doebele’s ability to spot market trends and then sell the bikes and parts to meet them has served him well. Today his shop has a wide-ranging customer base and he’s built a reputation for custom city bike and adventure riding builds from brands like Soma, Kona, All-City, Surly, Salsa, and Marin. The larger shop on Clinton will allow him to bring in an even wider range of Konas, including their new electric bikes.

I asked Doebele how he’s able to expand when so many other shops have closed recently. “I don’t really know the answer,” he replied. “It seems like the larger shops that tried to compete by discounting have won the race they chose to enter, and their prize was to discount themselves out of business or to go online only.” He says his business has remained healthy thanks to a focus on repairs and by carefully chosen locations. “Location is a little less obvious but also key. We’ve been on a busy shopping street across from a New Seasons (on Hawthorne) and a residential greenway with lots of bike traffic but no other shopping (Lincoln). The greenway is better.”

Keep your eye on the space as you bike by and wish him luck with renovations.

Not to be too parochial, but it’s in the HAND neighborhood. Nice to hear a new shop will open up there!

This is awesome! Joe Bike is the best! Excellent service and proud to support them as my LBS!

Good to hear! Congrats to the team at Joe Bike. Always have had good experiences there.

That’s a great location for a bike shop! Yay!

These comments just go to show there really no objective truth. Because Joe Bike is the _only_ bike shop in town where I’ve ever walked in, had staff look up at me, make eye contact, and then look away like they couldn’t be bothered. They also once sold me some inappropriate work on my wife’s MTB – sold me new parts and installation that I later realized didn’t fix the issue and they almost certainly knew that when they made the sale.

Oh well, it’s good to hear that some people have had better experiences…I’ll continue going elsewhere.

Dan, I’m sorry to hear about your experience. That’s just the opposite of what we aim for, and it sounds highly unusual based on all we’ve heard from our customers. The shop got a new manager (yours truly) several months ago, and I’d like you to know I’m here to listen to your concerns and address anything you’d like to go over. Feel free to call us or to email me at matthew@Joe Bike.com. Hopefully we’ll hear from you soon.

Hi Matthew, thanks for your post. TBH, I’ll probably continue going to the shops where I’ve consistently have good experiences, but I appreciate your taking the time to post and open a dialog.

Middle of the Road Guy
Reply to  dan

I’m always hesitant to assign a value to a whole place based upon a single experience.

Sometimes good people have a bad day and sometimes a bad person gets into a good place.

You seem to be saying that it can’t be objectively true both for you to have had a bad experience and for others to have had good ones. Why?

Its absurd that you could believe that a small business would sell you new parts and know it wouldn’t solve a repair issue.

It’s been a while so the details are fuzzy, but they sold me new brakes and the brakes weren’t the problem.

Is it possible that the brakes weren’t “the” problem, but they were nonetheless “a” problem?

Does anyone remember the name of the bike shop that used to be at 26th and Clinton? This was back in the 1980s. It was in the gray building at the right in the above picture in the corner spot now occupied by the Clinton Street Coffeehouse.

Sounds like Dan is being an overly sensitive Portlander!