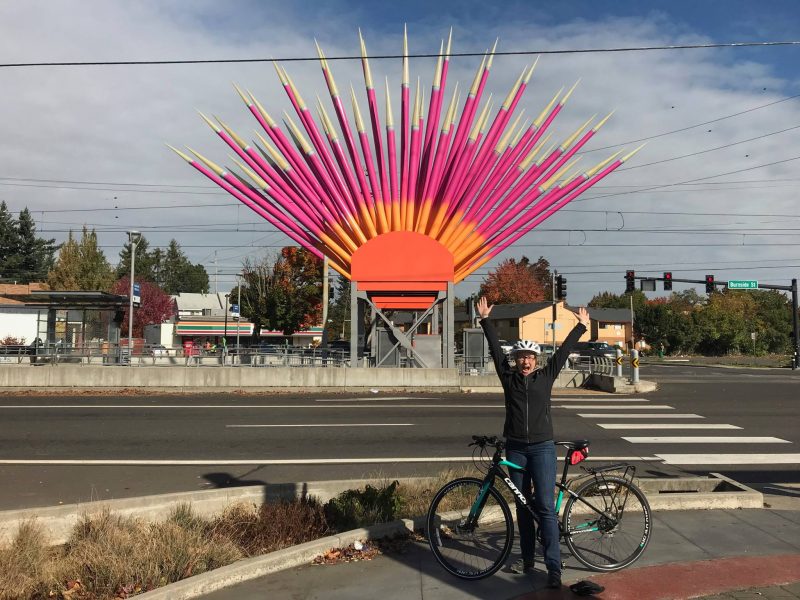 If you want to lead the agency that oversees the entire Portland metro region, you need an intimate understanding of the cities within it. What better way to gain that knowledge than from the seat of a bicycle?


Candidate for Metro Council president Lynn Peterson is no stranger to cycling so it makes perfect sense that the transportation industry veteran has launched a 24-city bike as part of her election campaign. Dubbed #24byBike, Peterson has already visited Gresham, Hillsboro, and Happy Valley. Back in December she joined staff from the Portland Bureau of Transportation for a close-up look at the route for the future Central City Green Loop. And this is not just a photo-op. Peterson is an experienced rider who I’ve seen pedaling a bike at a number of events over the years. 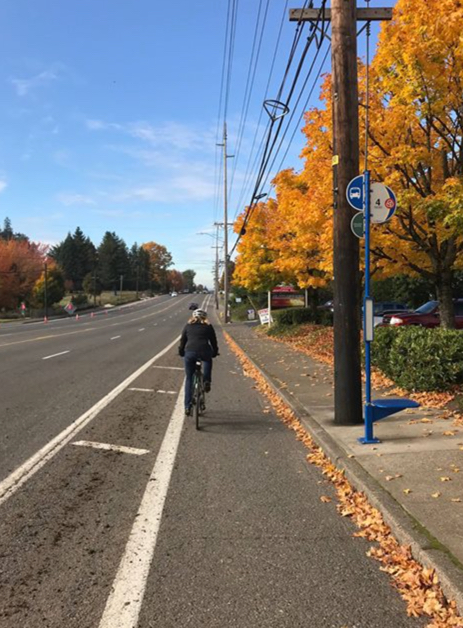 You can’t know what a place is like if you’ve only zoomed through it in a car.
(Photo: Lynn Peterson for Metro President)

As one of the panelists at last week’s Business for a Better Portland event, Peterson was asked what should be the top priority of any future transportation funding package. “Affordable housing that’s close to services, jobs, and transit. And we need it yesterday,” she replied. “We don’t do transportation for transportation’s sake.”

Peterson’s connections to the local planning scene run very deep and she’s considered a strong candidate to replace Tom Hughes at Metro in the elections coming up in May.

Rumor has it that Peterson will ride in the upcoming Worst Day of the Year Ride. I’m hoping to connect with her soon to learn more about her ideas on transportation and regional growth. Stay tuned for more coverage.

nice write-up. I did not know much about Lyn Peterson and she she seems like an impressive person.

Browsing over her website, her resume suggests she’s got some solid managerial skills. Adding to that ability, the 24 city bike tour suggests she’s got some ideas. It’s a bit extraordinary for anyone in government, not to be afraid of or unwilling to ride a bike in the traffic they play a role in managing. Doubly extraordinary for such a person to be a woman. Lynn Petersen might be able to do good at Metro.

As a side note, and I don’t think this is too far off topic for someone hoping to become Metro commissioner, I’ve just been reading earlier tonight, about the county’s expansion out in Beaverton, of Walker Rd and Park Way, east of Murray, and of course, the massive Nike campus. I guess I can’t help feeling a little alarmed, considering the plans include acquisition of and demolition of what have been reported to be good houses adjacent to the intersection.

Walker is becoming a mega traffic situation. Park Way has been a relatively quiet neighborhood street, though vulnerable to, and I expect, increasing popular, for cut-through opportunity. The funny thing is, in a sad serious way, Walker has some decent bike lanes. On a Saturday morning, it’s not bad for riding. Whoever can honestly say those bike lanes make for a comfortable, enjoyable ride, a preferable alternative to driving during the weekday commute, has my applause.

well now that’s embarrassing. Of course. Tom Hughes. Thanks Kari. I fixed it.

If you take a photo under the Mohawk you gotta stand under it so that it looks like you have a Mohawk!