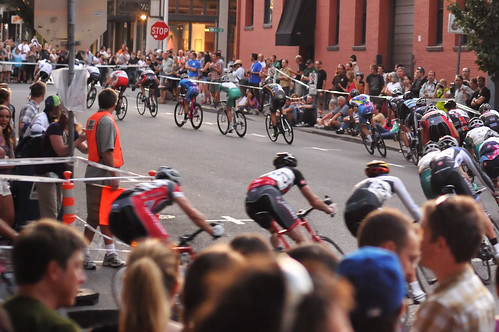 Racers round a corner as throngs of spectators cheer them on during the Twilight Criterium around the North Park Blocks last night.
(Photos © J. Maus)

Last night was a perfect night for racing and the 10th annual Twilight Criterium took full advantage. Thousands of people packed into the North Park Blocks to watch the area’s fastest men on two wheels zoom around the course. 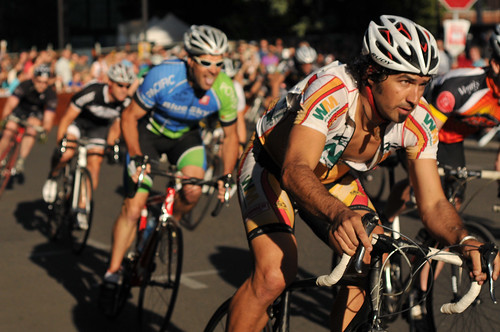 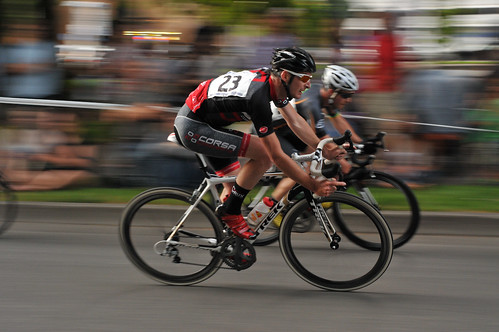 This was my seventh Twilight Crit and I’ve never seen bigger crowds. Bikes were parked all over the place and hipsters on fixies mingled in the crowd with families and sharply dressed couples who had come downtown for dinner. Some folks compare this type of racing with NASCAR and I couldn’t agree more. 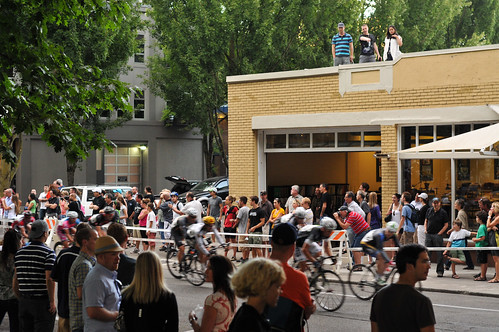 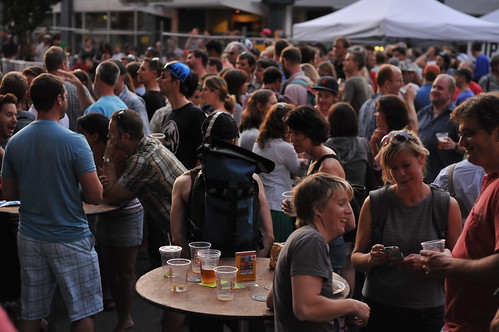 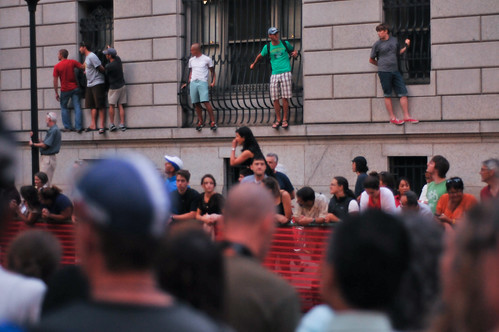 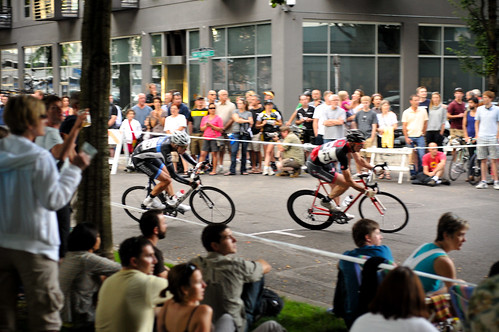 The Twilight has been the only major downtown bike race for years; but I’m happy to share that another big bike race is on its way later this month. The Giro di Portland is a new race that is slated for August 21st. I’ll have more on that race this coming week when I chat with organizer Steven Beardsley.

Speaking of Mr. Beardsley… He also happens to be one of Portland’s most talented bike racers and he also happens to have won the Pro 1-2 race last night! Beardsley — a fierce competitor with many wins this season who also excels on the velodrome — grabbed the lead prior to the last corner and took the long sprint up NW Park for the big victory. 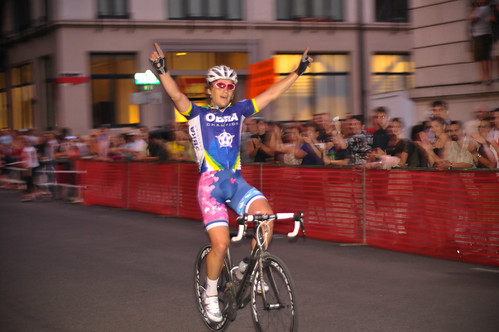 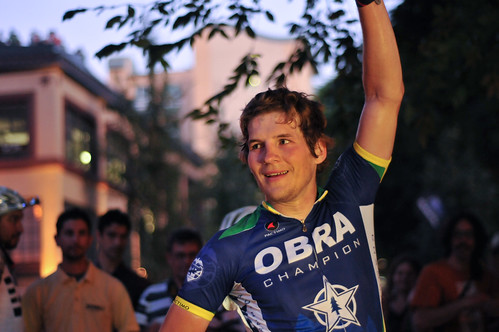 I spent the evening hanging with my family (my nieces, nephews, and mom were with me), but I couldn’t resist snapping a few photos of the scene. 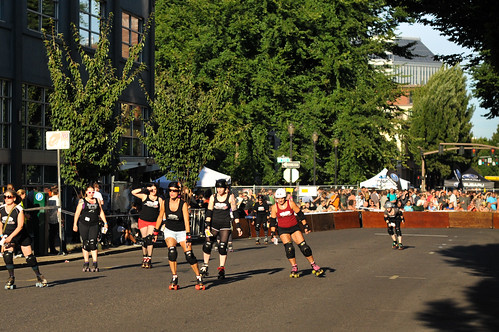 Members of the Rose City Rollers roller derby team acted as pace car for the night, rolling around the course to fire up the crowd prior to the racing. 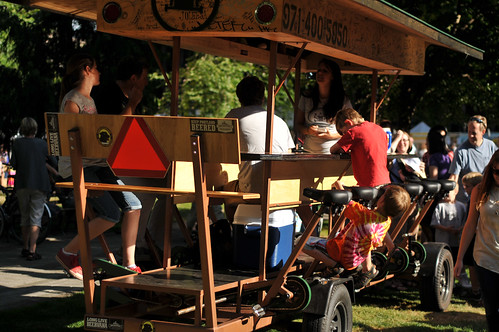 The Brew Cycle — one of three similar party bikes currently on Portland’s streets — was on hand last night. 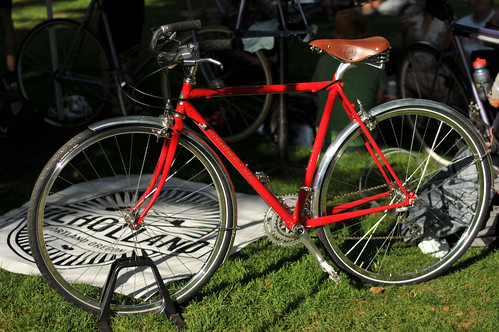 This gorgeous Portland-made rig from Greg Morris of Millholland Bicycle Company caught a lot of attention in the expo area. 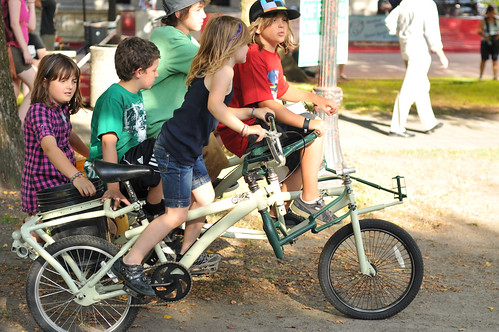 My girls and their cousins couldn’t get enough of this very cool, two-seater trike, custom-built by Johnnie Olivan of North Portland-based Rejuiced Bikes.

Were you at the Twilight? Share your impressions of the event below… And make plans for the Giro di Portland on August 21st.

This upcoming Giro looks like a criterium, and not a giro at all. Are there other days in the schedule?

FYI Jonathan, there were at least a couple women in the first race of evening.

“Thousands of people packed into the North Park Blocks to watch the area’s fastest men on two wheels zoom around the course. “

Great fun to watch the races, and to check out all of the bikes parked in the area. A little disappointed in the “Portland’s Favorite Food Carts Extravaganza”….there was pizza, yum bowls, cupcakes, ice cream and…that’s it. Oh, and really long lines for those carts.

I agree. The race was really fun but we failed at getting any dinner. More food carts next year please!

I really enjoyed watching the races. The event was well organized and the crowds were big. The racing was fast and furious, as you’d expect on a course like this.