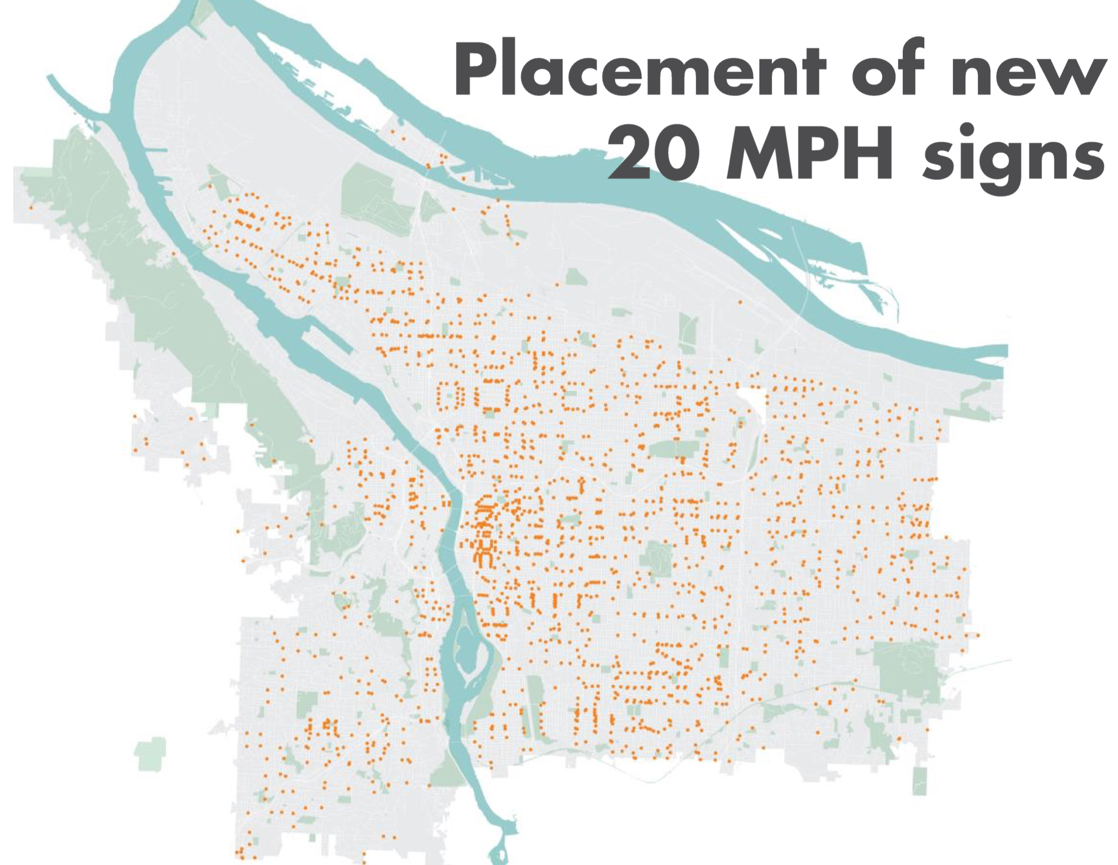 Today the Portland will make official one of the key pillars in the war on speeding: A blanket 20 mph speed limit on 70 percent of our entire street network.

➤ Read the ordinance Council will consider this morning (PDF).

The move comes as Portland grapples with its deadliest year for people walking and biking in over two decades and the highest overall death toll since 2003. That grave reality is reflected in the ordinance language that will go before Council this morning: “An emergency exists because people are dying in traffic crashes; therefore, this Ordinance shall be in full force and effect from and after its passage by the Council.” 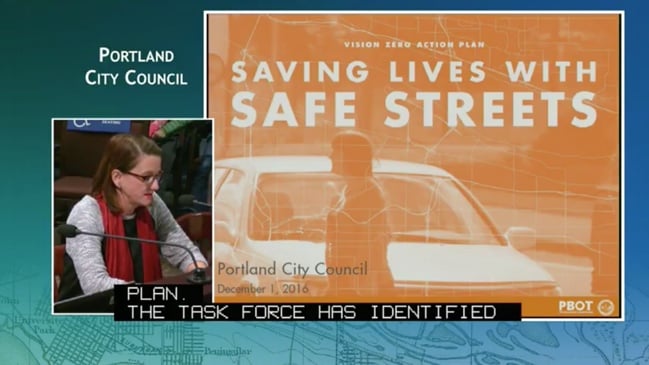 21 of the 32 actions outlined in the Portland Bureau of Transportation’s Vision Zero Action Plan should be completed within two years and all of them should be done by 2021.

Those are the marching orders given to PBOT from City Council after four commissioners (Mayor Charlie Hales was in Mexico at a climate change conference) voted unanimously yesterday to pass the plan (PDF), a 35-page document developed over six months of task force meetings, data-crunching, and public outreach.

The vote comes six months after City Council passed the Vision Zero resolution that says, “No loss of life is acceptable on our city streets.”

The plan of actions to reach a goal of zero fatalities by 2025 (just nine years from now) are broken down into five categories: street design, impairment, speed, dangerous behaviors, and engagement and accountability. They include things like: breaking ground on new capital projects on high crash corridors, increasing police training, gaining local authority to set speed limits, expanding the red light safety camera program, and more.