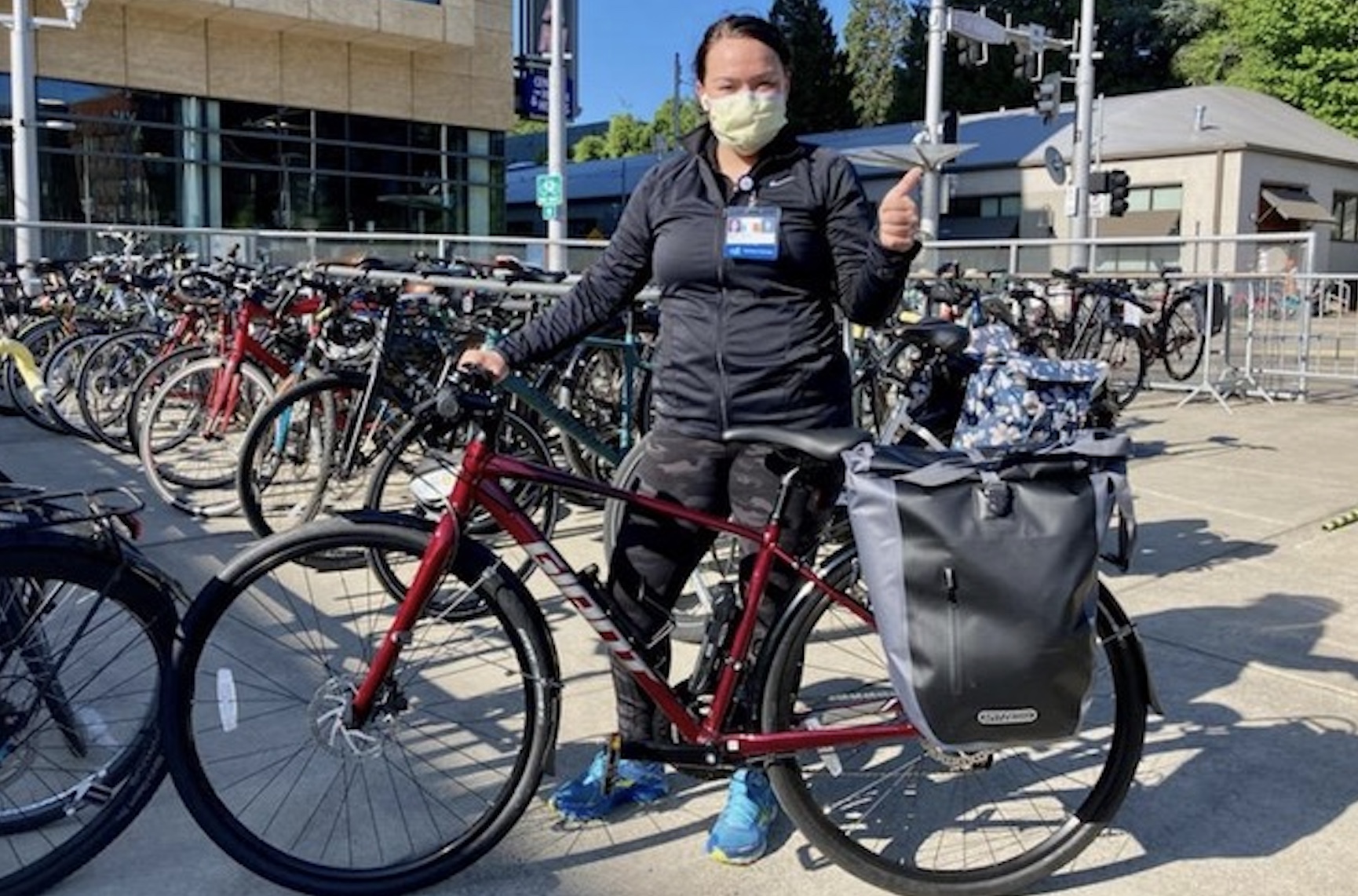 OHSU Program Manager Jenny Cadigan says there are about 20,000 commuters eligible. She estimates between April and September they’ll work with over 100 people in the loaner bike program. 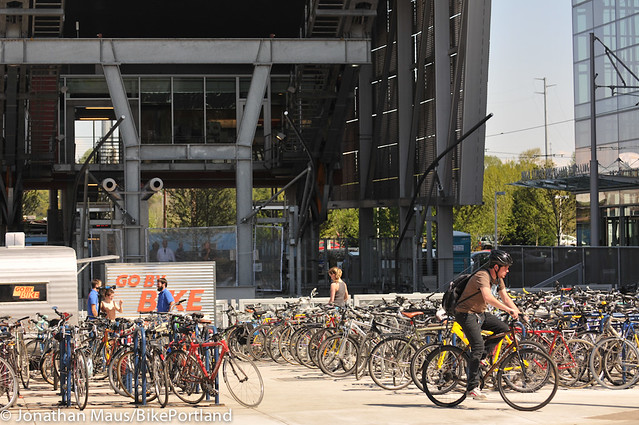 The valet in 2012. It’s co-funded by OHSU and the private bike shop that operates nearby.
(Photos: J.Maus/BikePortland)

One of Portland’s most unusual experiments in privately funded bike promotion keeps growing and growing.