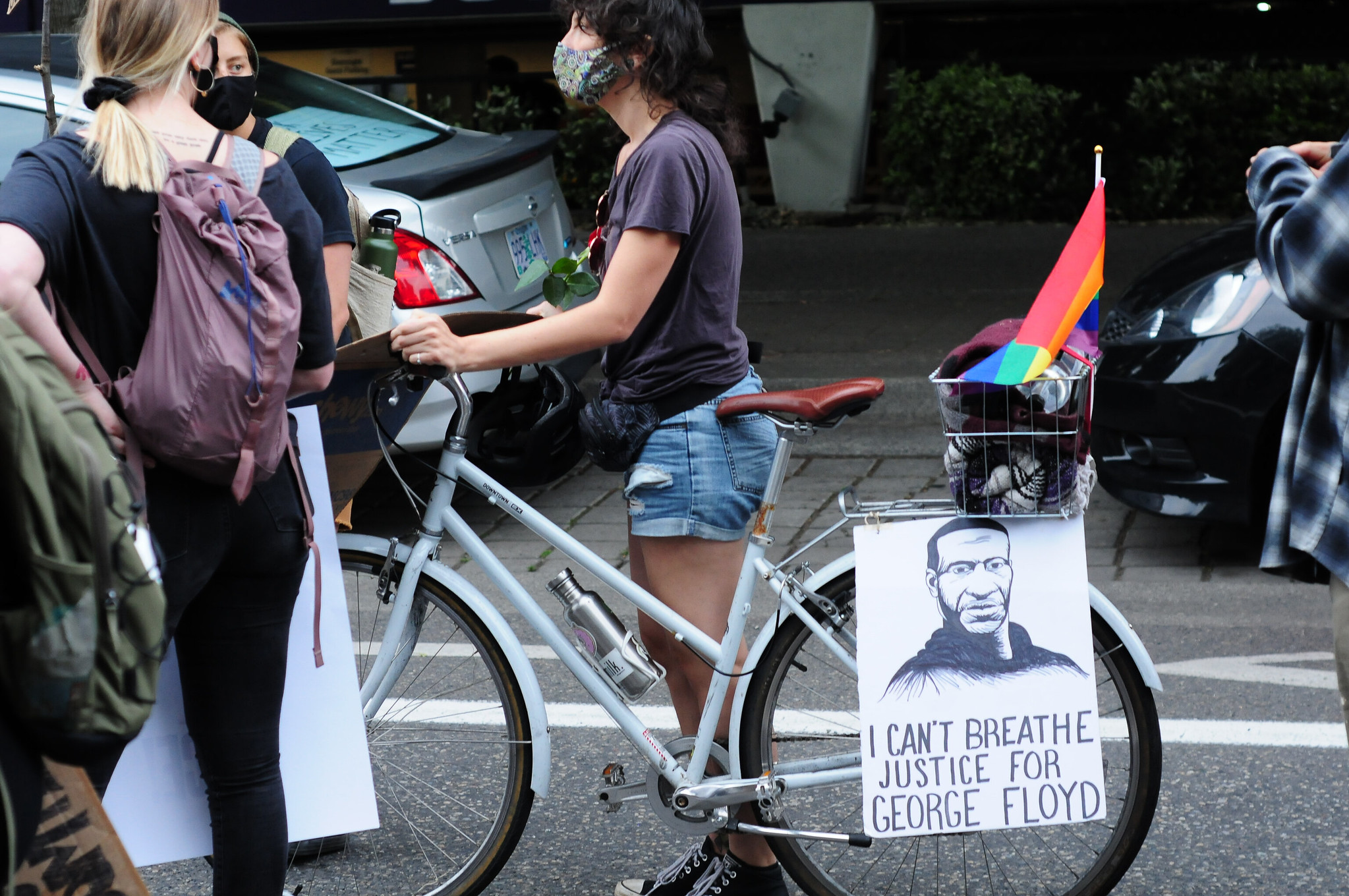 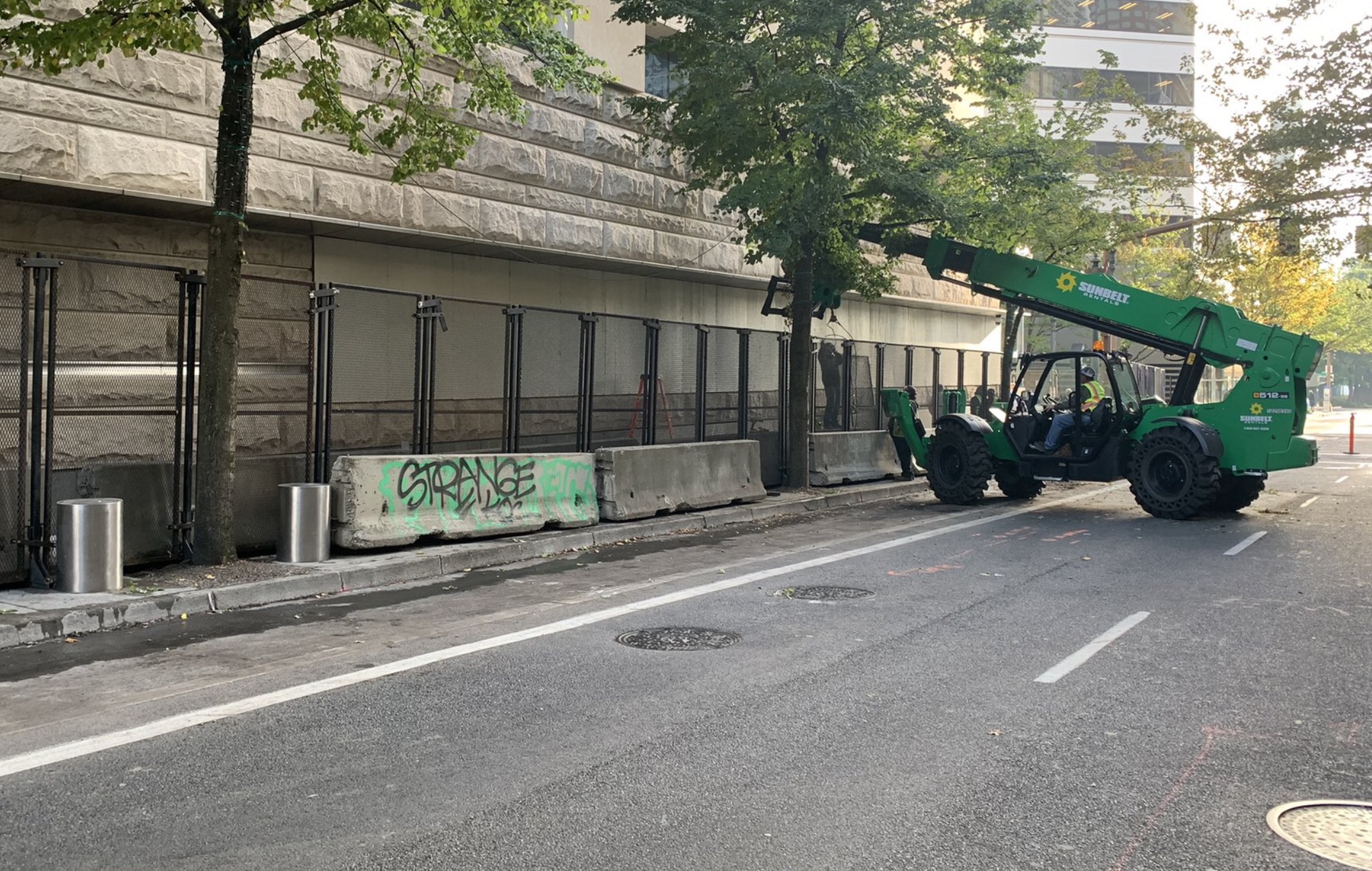 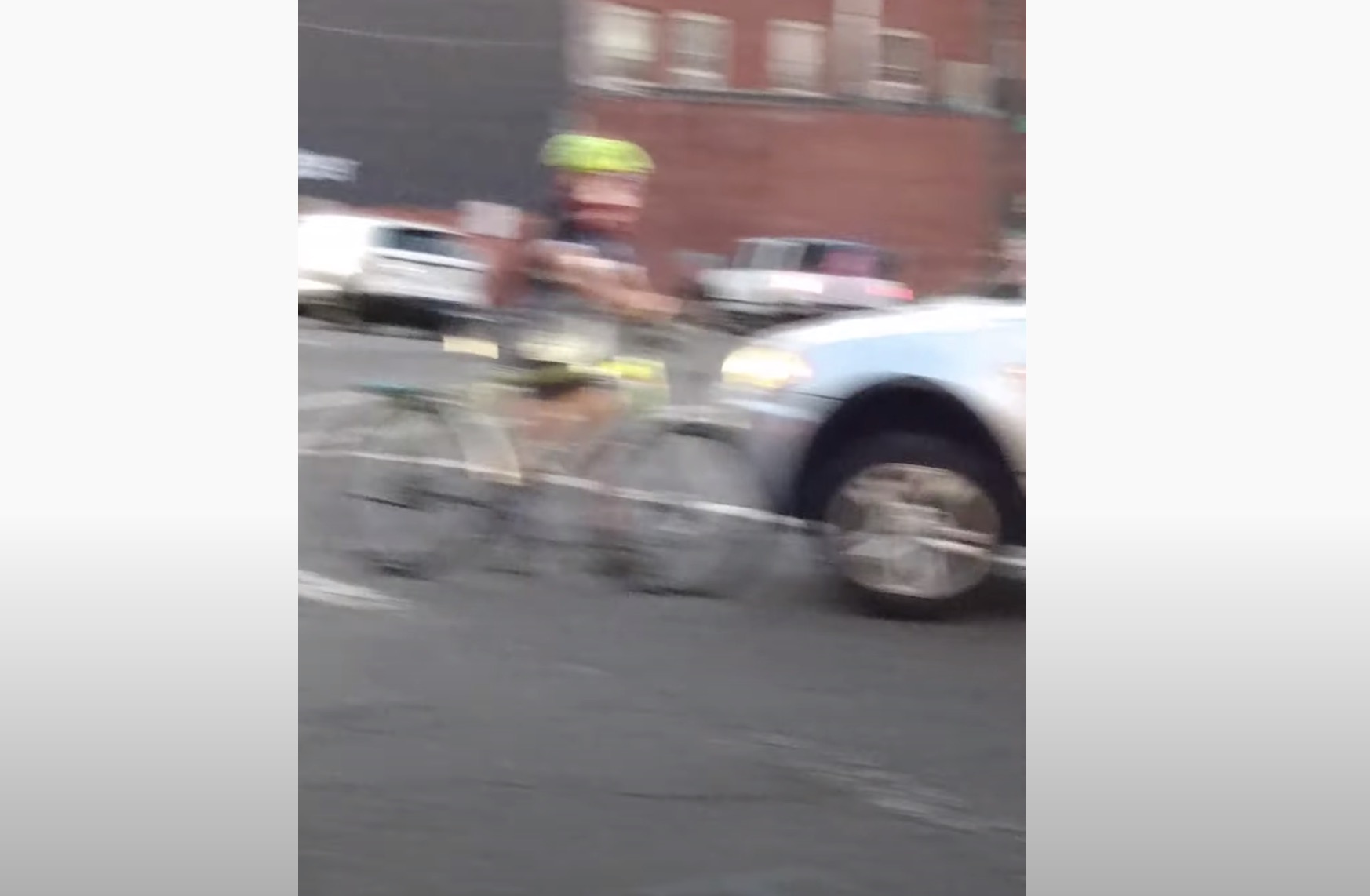 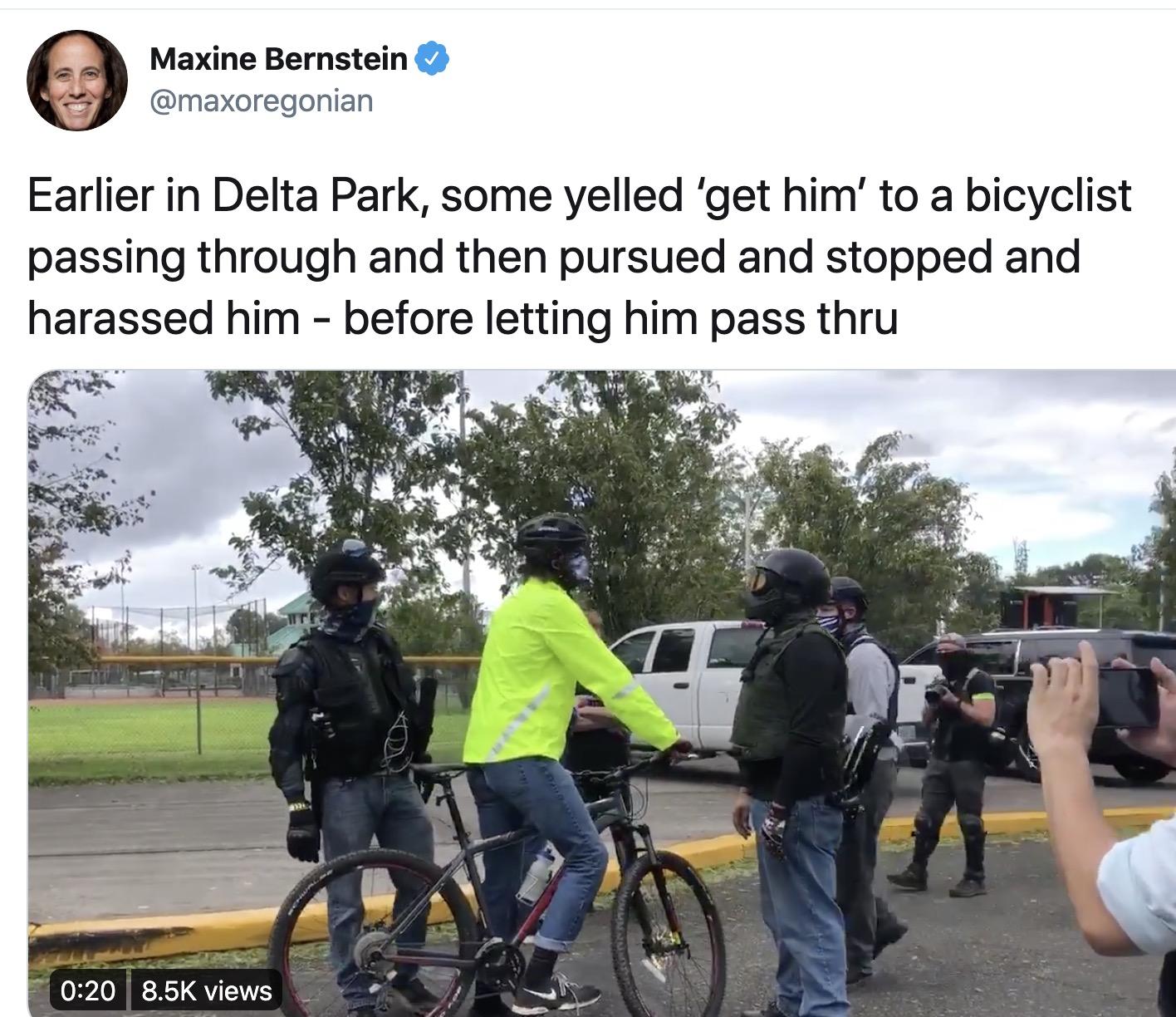 Earlier in Delta Park, some yelled ‘get him’ to a bicyclist passing through and then pursued and stopped and harassed him – before letting him pass thru pic.twitter.com/I5KUReLQ0R 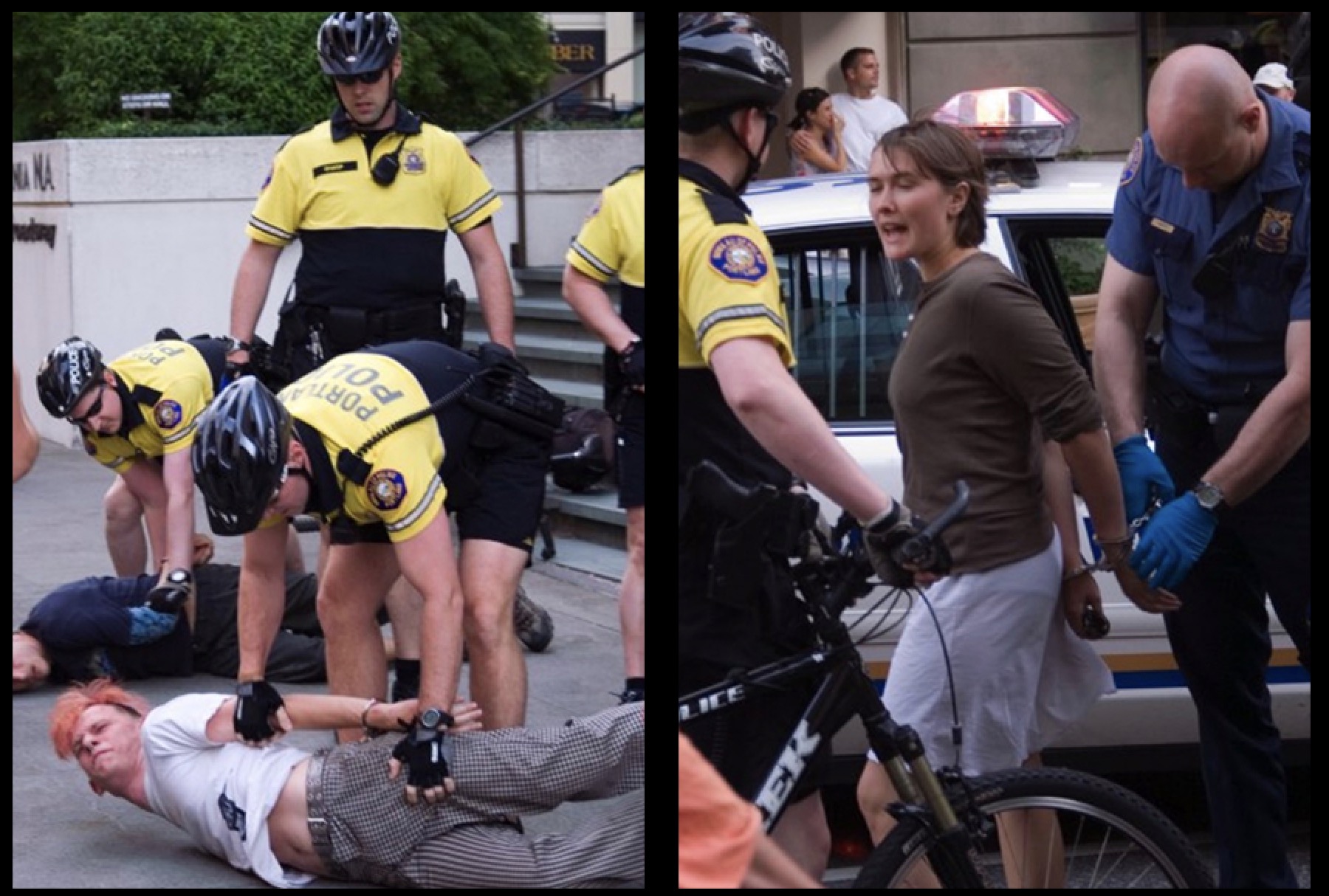 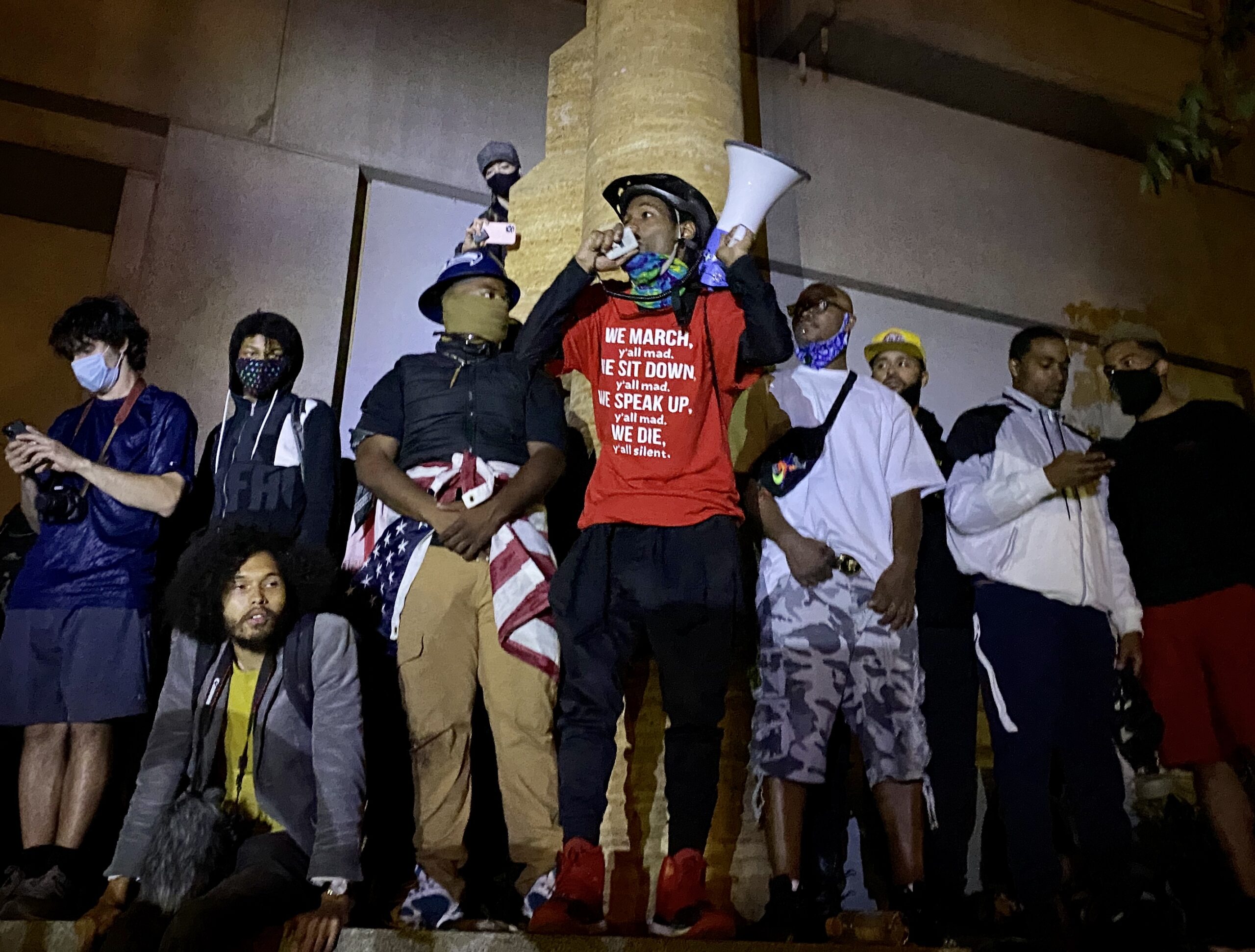 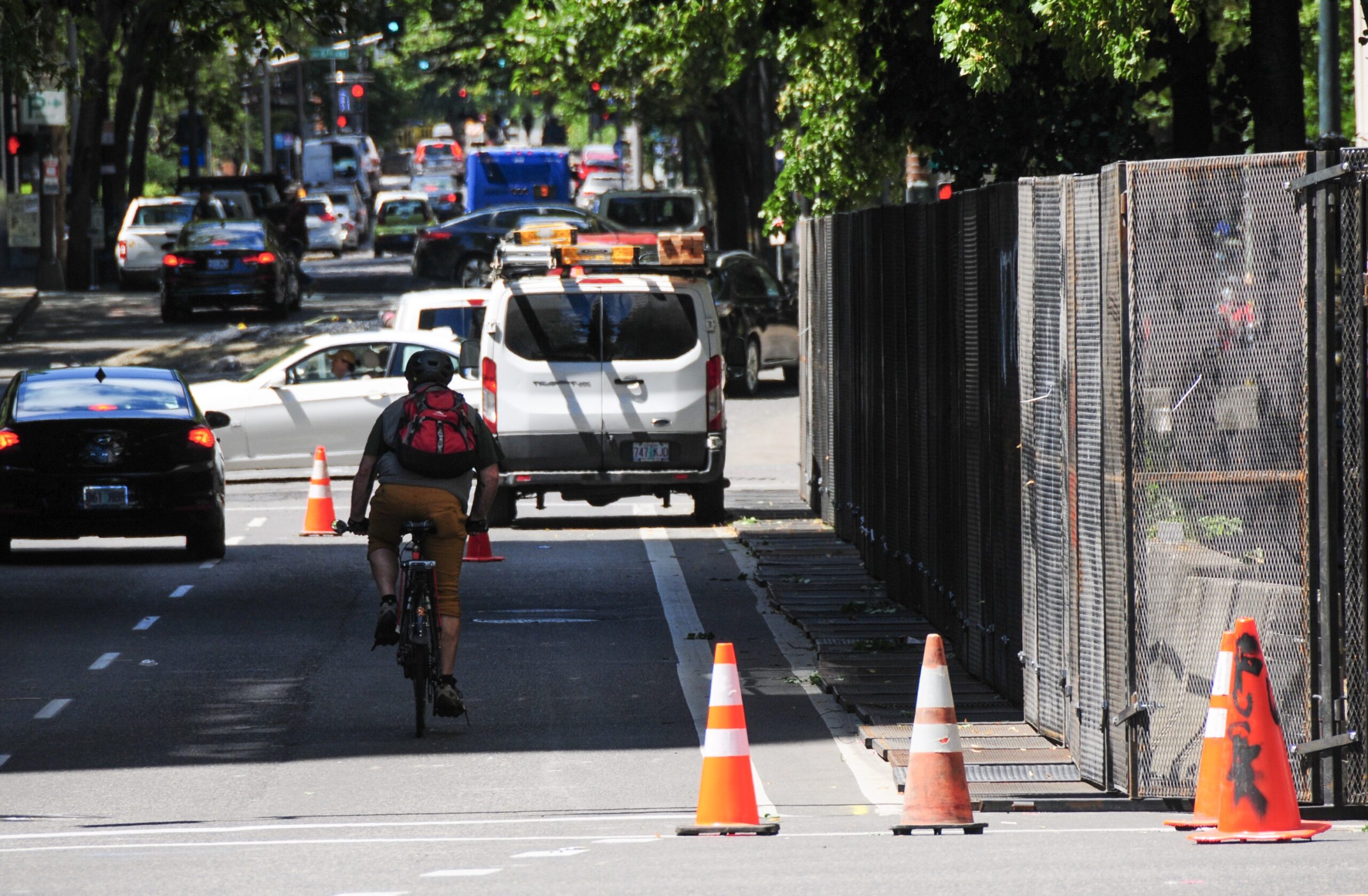 The Portland Bureau of Transportation says a metal fence and concrete barriers installed around the Federal Courthouse yesterday are illegal and they’ve sent a cease and desist letter to the United States General Services Administration demanding that it be removed.

As we reported Wednesday, the unpermitted fence blocks an entire lane on Southwest Main Street between 2nd and 3rd Avenue — a section PBOT said in a statement is, “One of the busiest bike routes in the United States.”

“The City Attorney’s Office offered legal guidance that the installation blocking the bike lane and other parts of the public right of way are violations of City Code and Transportation Administrative Rules designed to protect the safety of the traveling public,” a PBOT statement said. 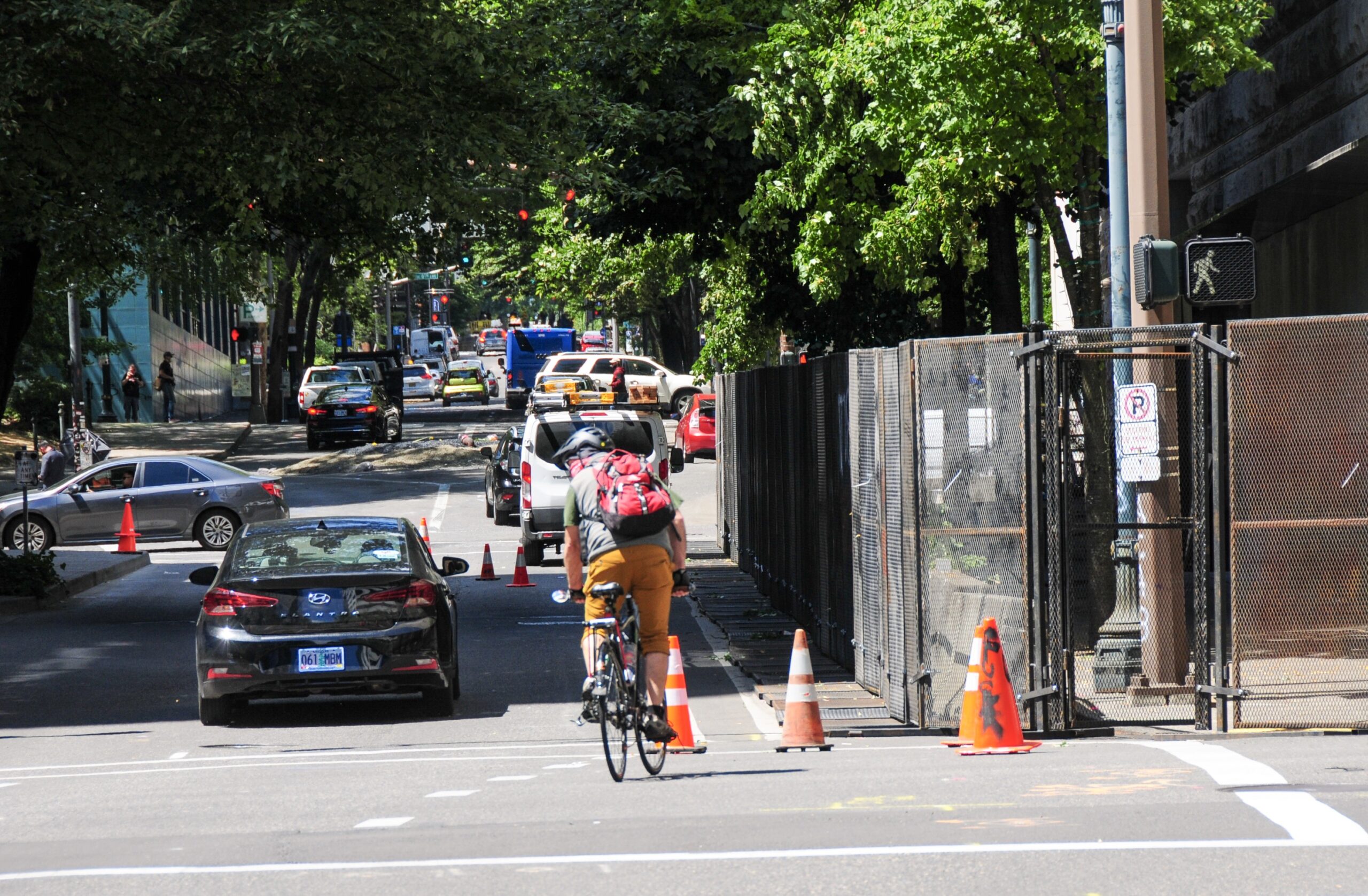 (The fence completely blocks a travel lane on SW Main and partially blocks a lane on SW 3rd. Photos by Jonathan Maus/BikePortland) 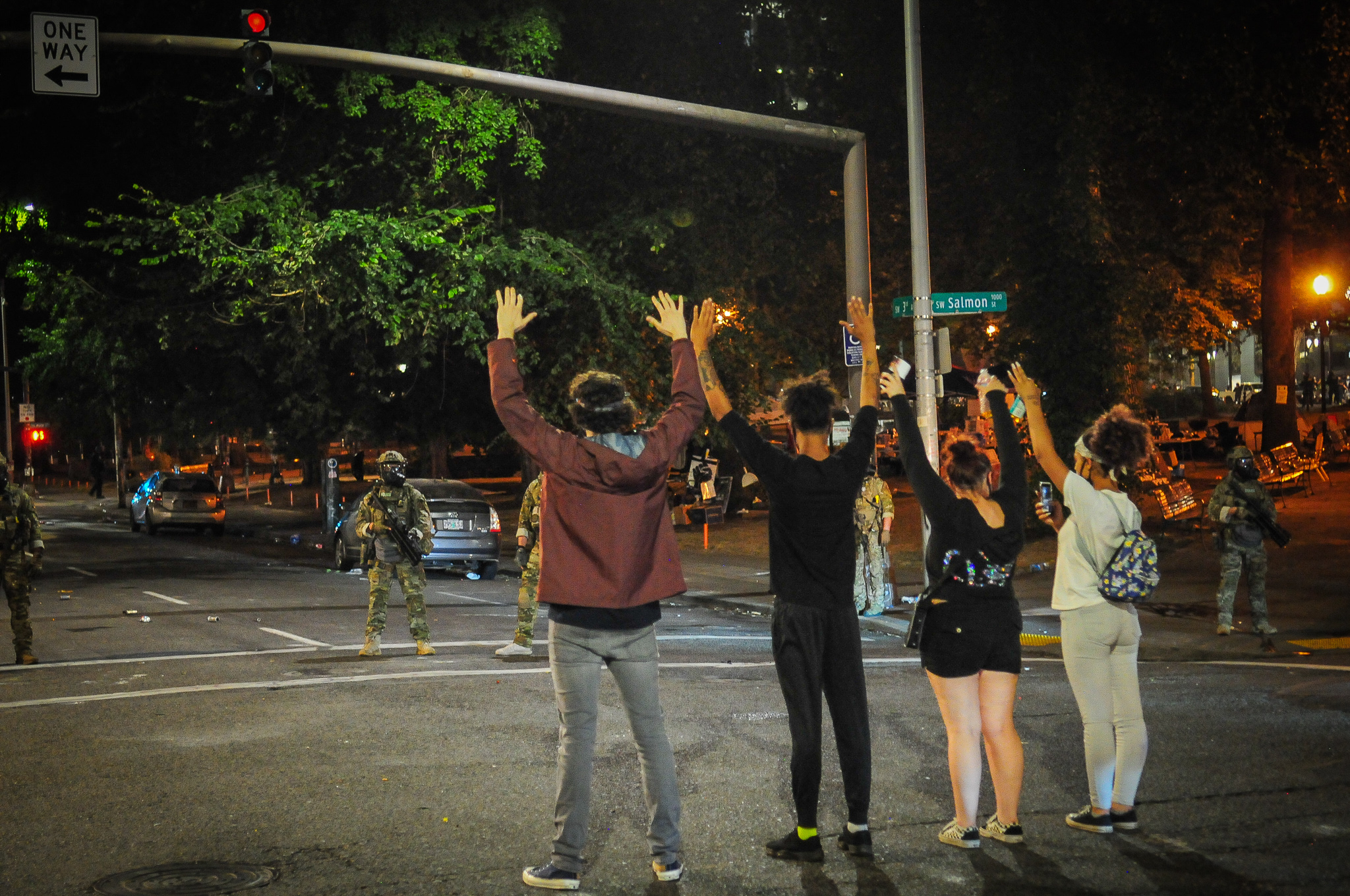 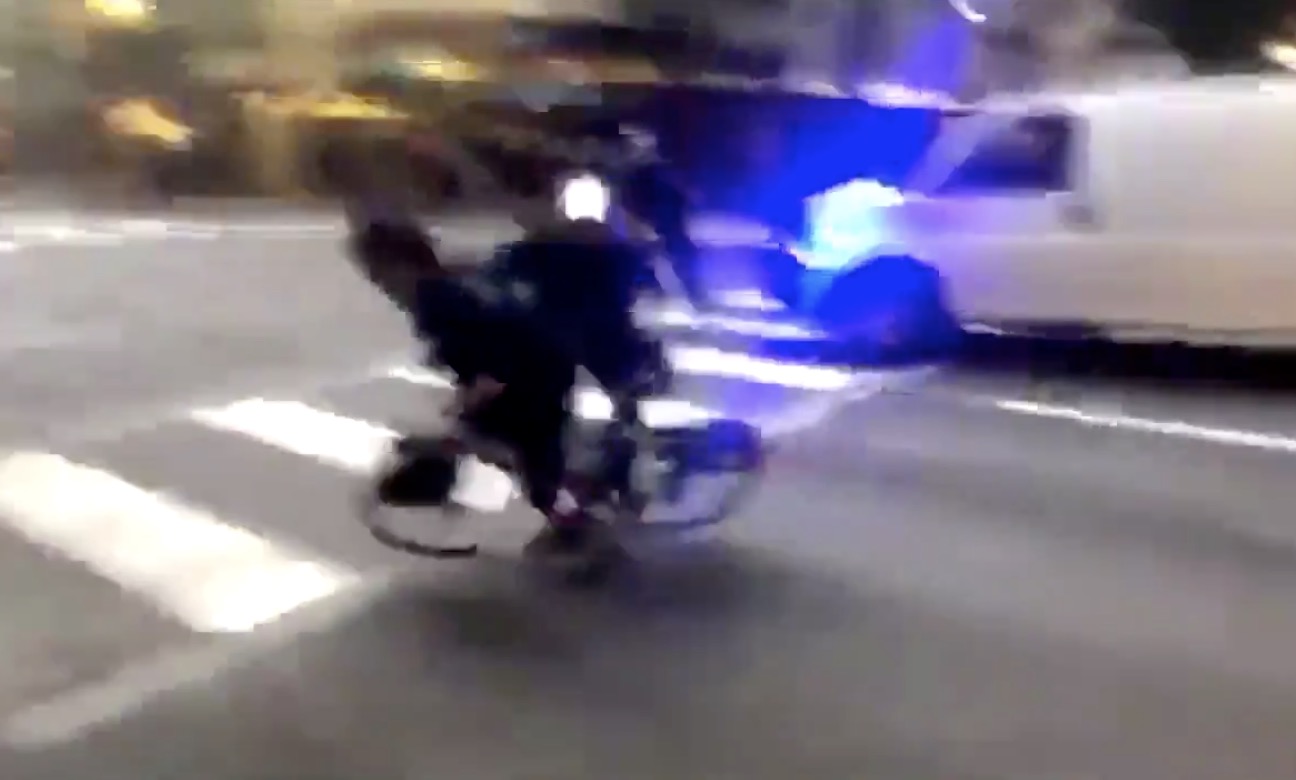 WATCH – Portland Police officers knock a protester off of his bicycle and arrest him outside of Lownsdale Square Park near the Federal Courthouse downtown #LiveOnK2 pic.twitter.com/tow0GzeyzW 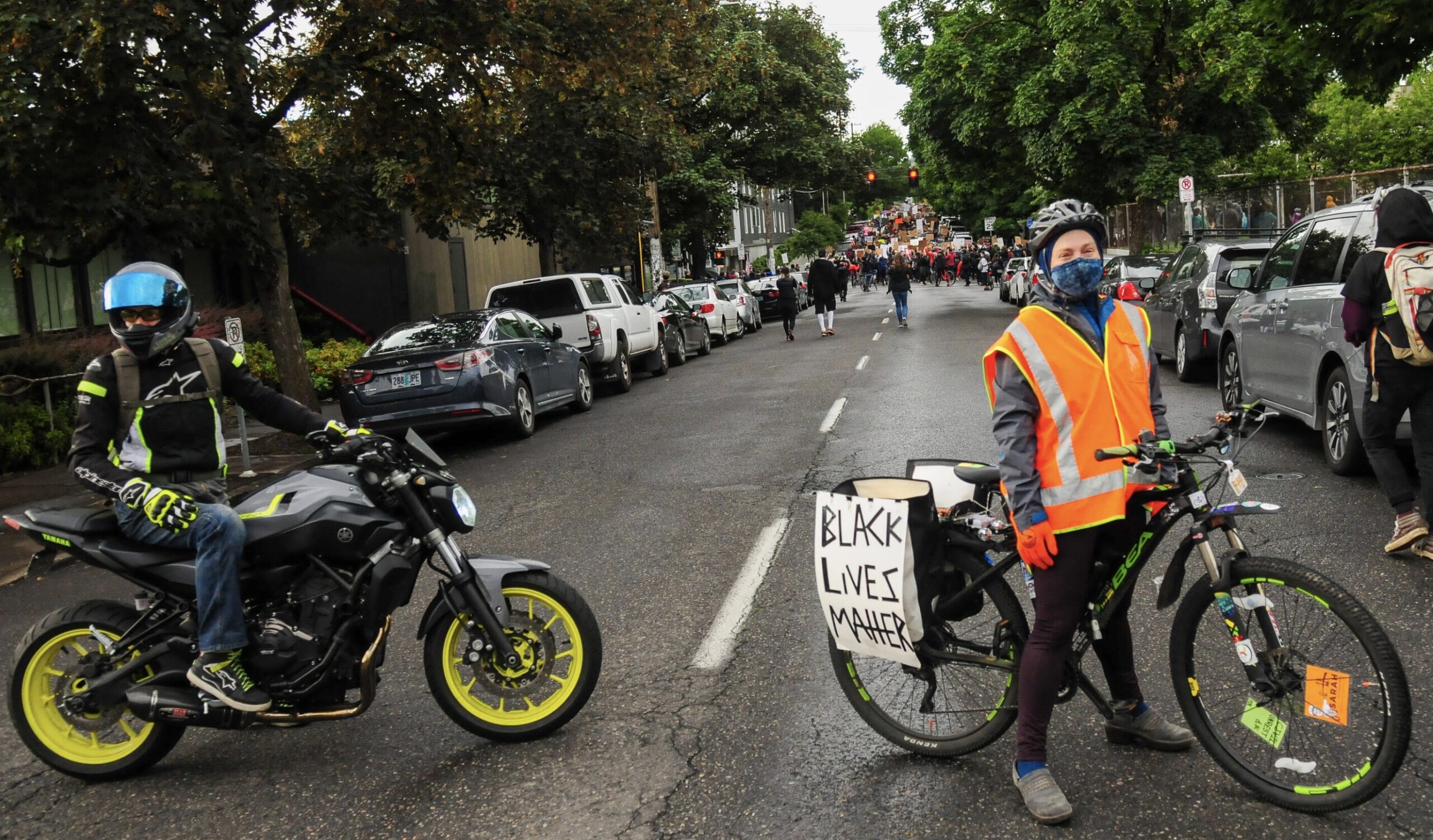 For over a month now, Portlanders have been taking to the streets every night to protest the killing of Black people and the racist policies and police brutality that contribute to it.

At almost every march there’s been a cadre of two-wheeled escorts patrolling intersections, directing traffic, and doing whatever is necessary to keep protestors safe. “Corking,” the act of placing your bicycle and body in an intersection in front of crossing road users so that a large group of people can go through without stopping at signals and stop signs, has been a part of protests many years.

But not everyone knows the drills. And when tensions mount in the street, it’s good to know some basic ground rules — especially if you’re white.