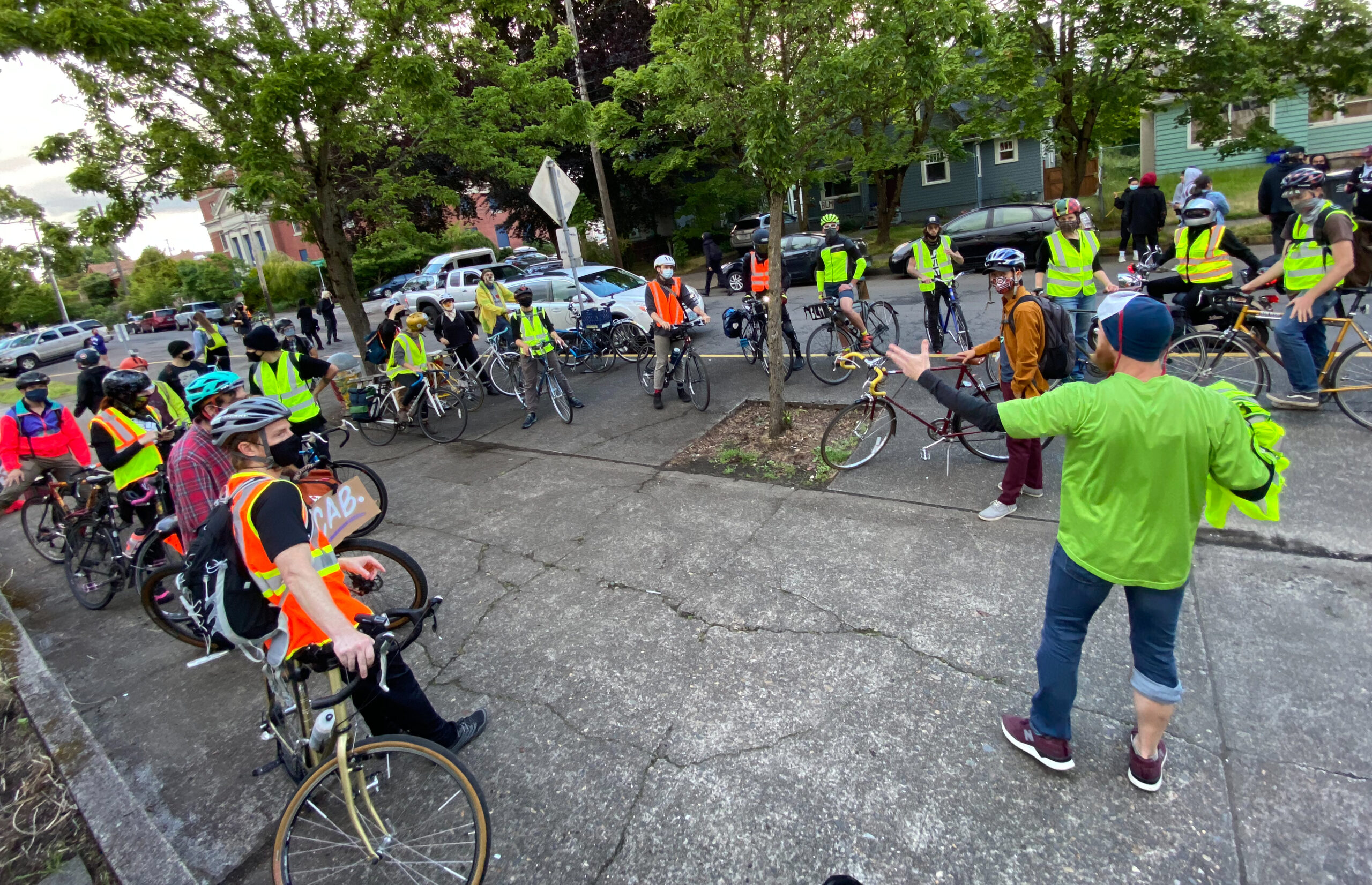 (Scenes from Tuesday’s march that took over the Fremont Bridge/I-405. Photos by Jonathan Maus/BikePortland) 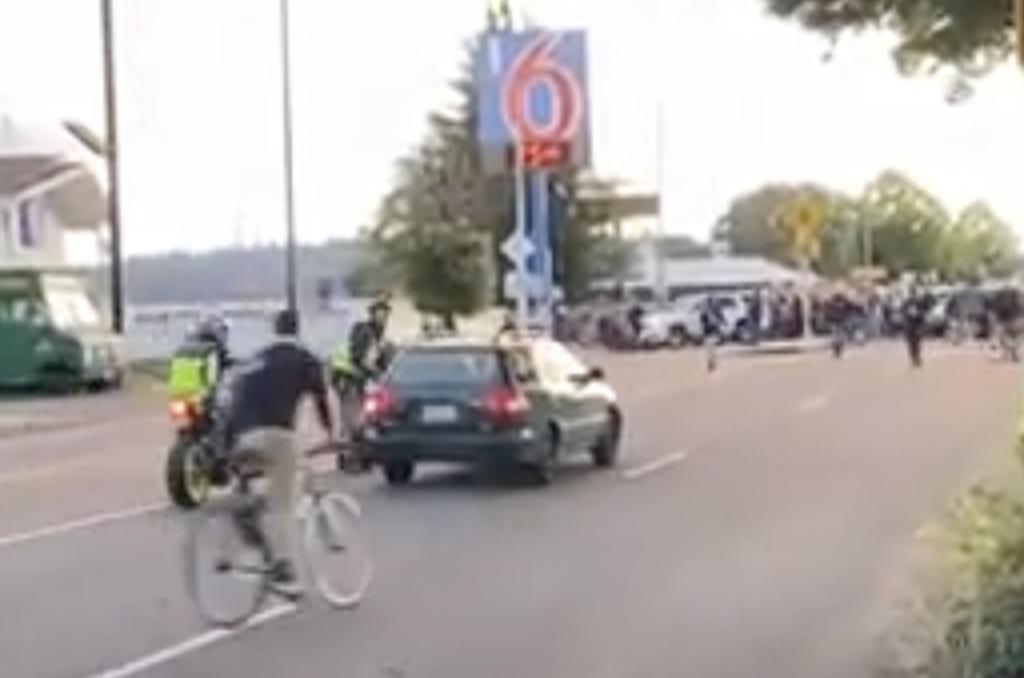 I was afraid of this.

For years we’ve been warning about the threat of vehicular violence by people using cars. Now it’s on the rise amid the daily marches against police violence and racism that have been going on in Portland for three weeks straight.

There have been several documented cases of Black Lives Matter protests being disturbed by car drivers intent on causing harm. Below are six seven of them.

— On May 29th someone driving a Volkswagen sedan drove into a man riding a skateboard near NE Grand and Shaver. The incident was caught on camera by The Oregonian photographer Dave Killen.

A car struck a protester at the corner of Grand and Shaver while a crowd marched to protest #GeorgeFloyd's killing. 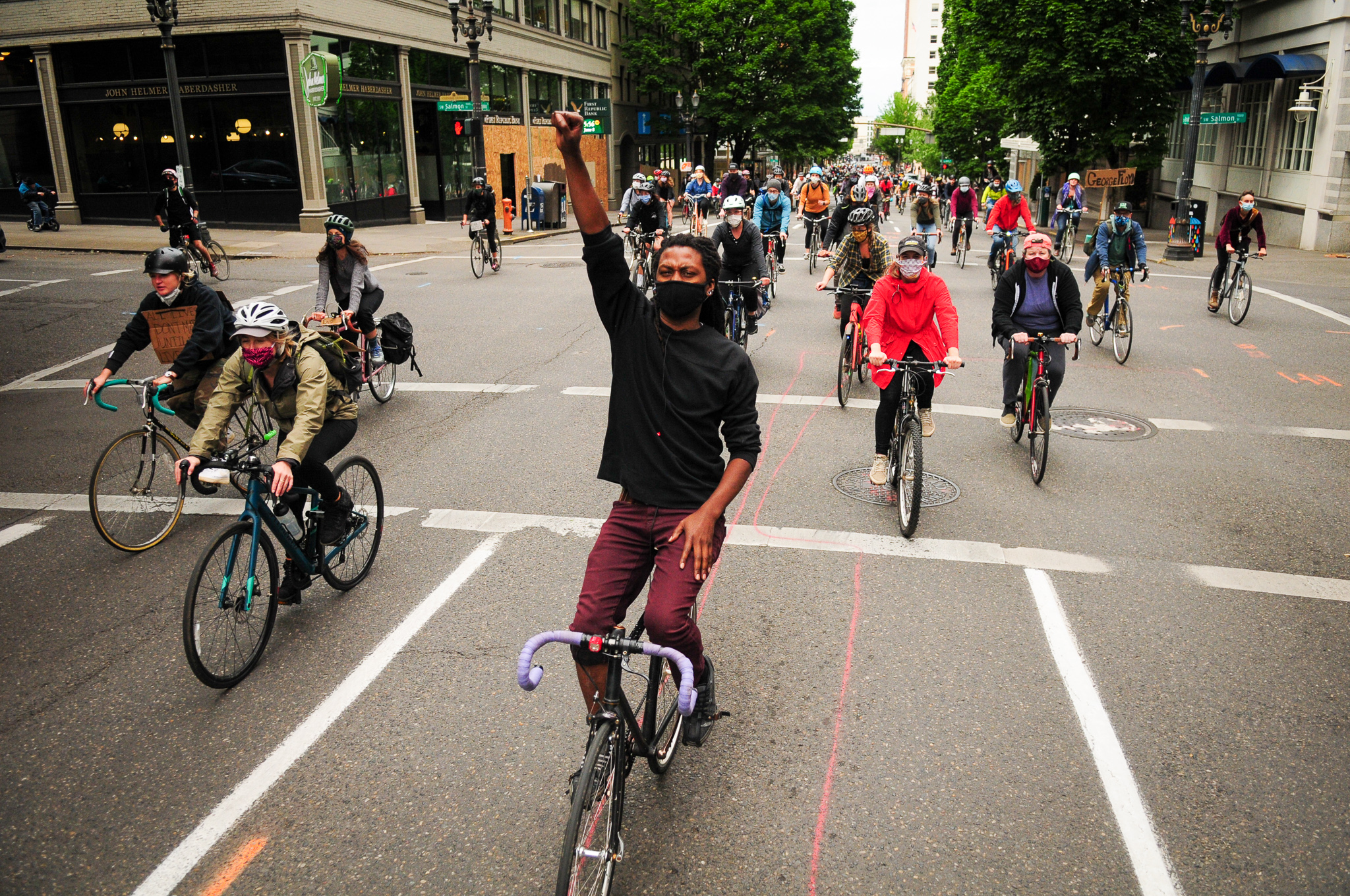 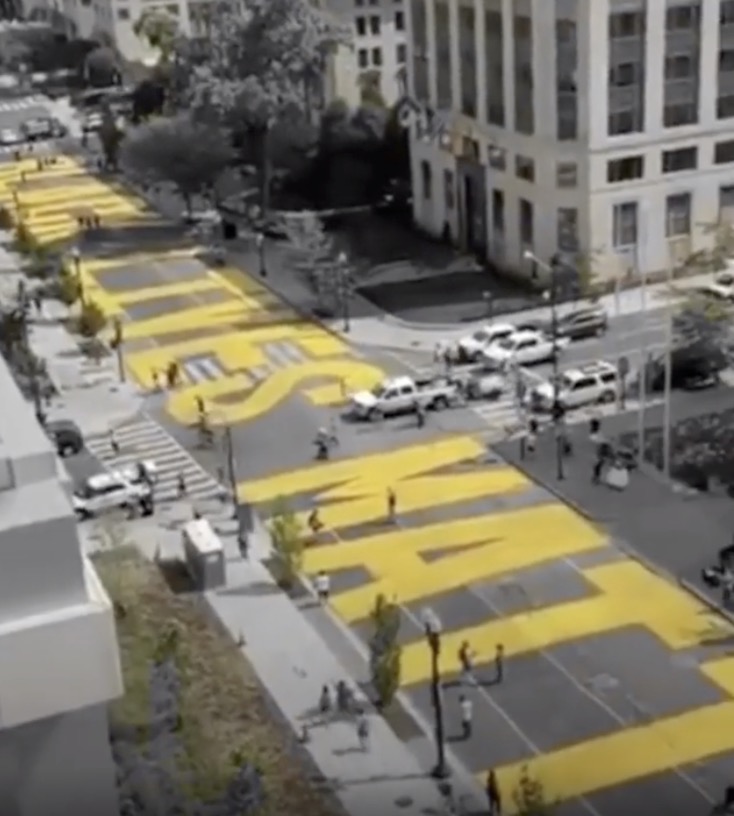 “Commissioner Eudaly and PBOT want to show support for Black Portlanders, for the Black Lives Matter movement, and for the protestors calling for justice.”
— Margaux Weeke, Communications Director for Commissioner Eudaly 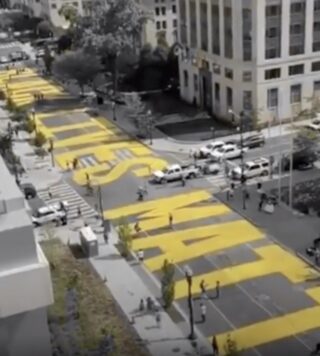 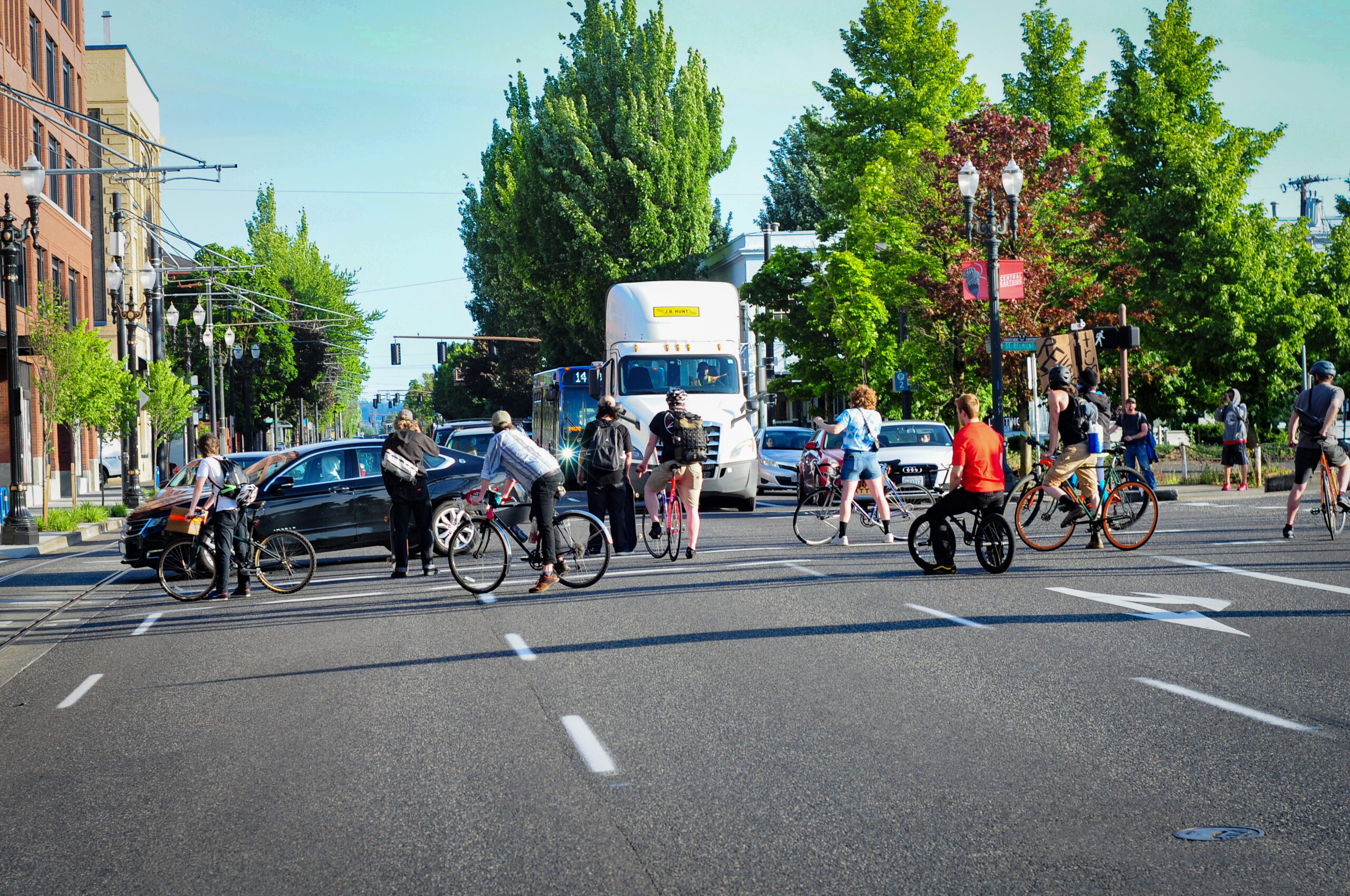 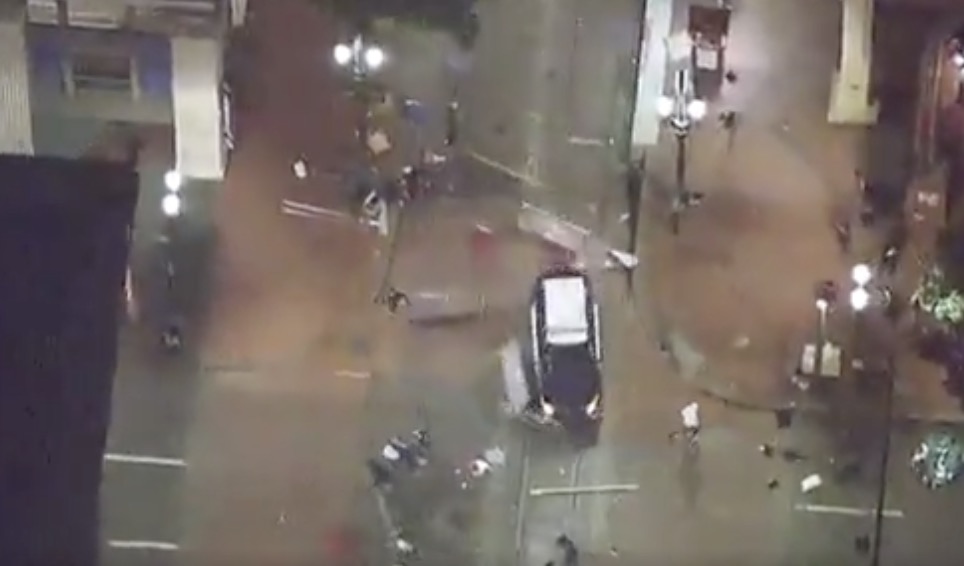 After Monday’s peaceful protest, even more people took to the streets last night to march against racism and policy brutality.

While the protest was largely peaceful for many hours, there were several instances of more aggressive actions. Reporters documented the Portland Police firing tear gas and flash-bangs into peaceful crowds indiscriminately, causing shock and horror at the conduct of officers and anger at Mayor Ted Wheeler.

One incident in particular illustrated how the tension in these protests often stems from one central question: Who controls the streets? 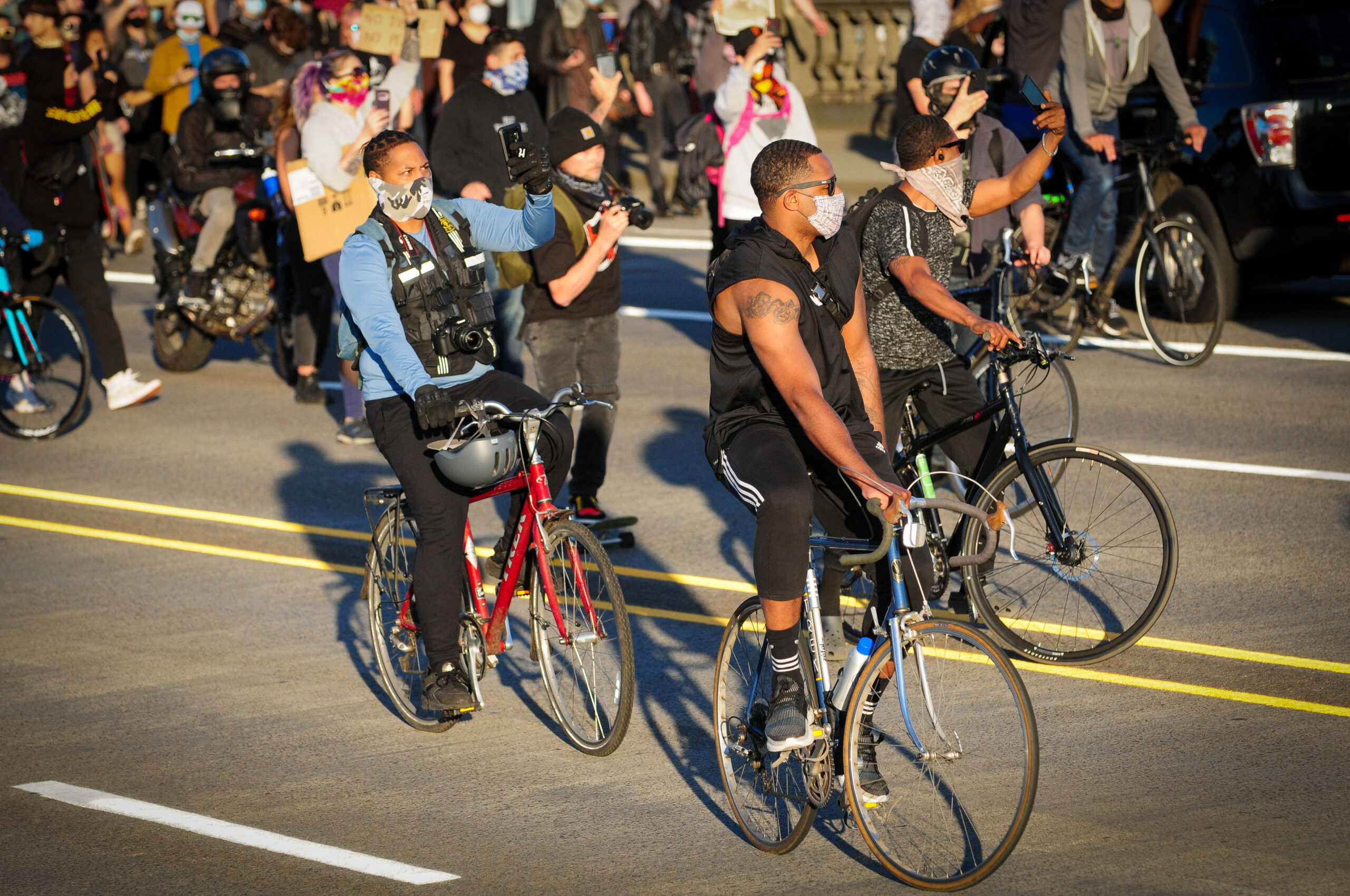