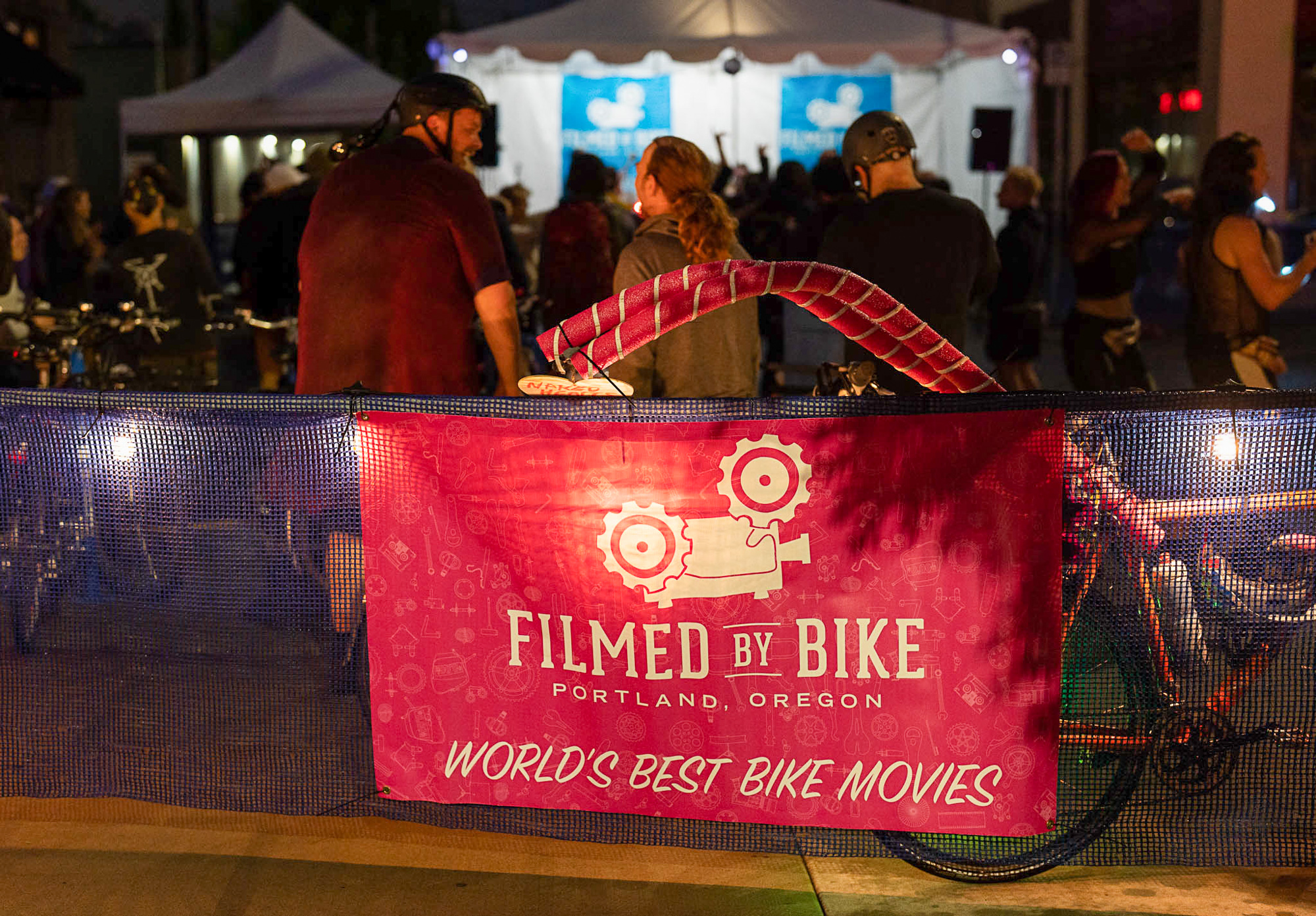 Dispatch and photos from Filmed by Bike Street Party

After a few hours chasing cargo bikes at the Disaster Relief Trial (can’t wait to share our video with you Monday morning!) I was glad to switch gears and attend the fun Filmed by Bike festival street party. It looked like the organizers worked hard so that partygoers would have an enjoyable evening with plenty … Read more 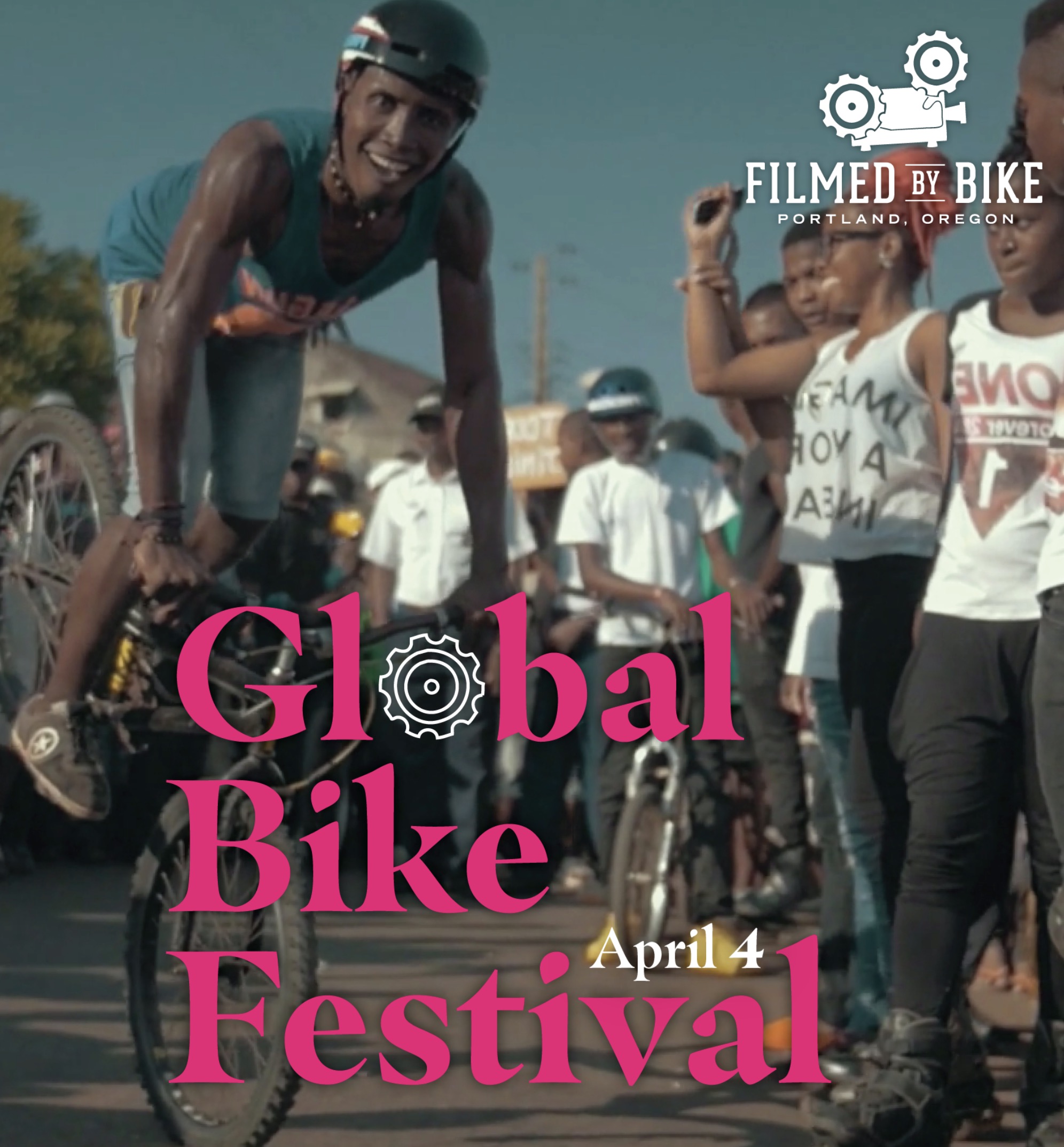 “When shit goes down, bikes rise up.” That’s the rally cry from Ayleen Crotty, one of Portland’s most dedicated and prolific purveyors of bike culture. Crotty’s Filmed by Bike started as a local event but has grown significantly in the past 18 years and now includes tour stops nationwide and an impressive list of submissions … Read more 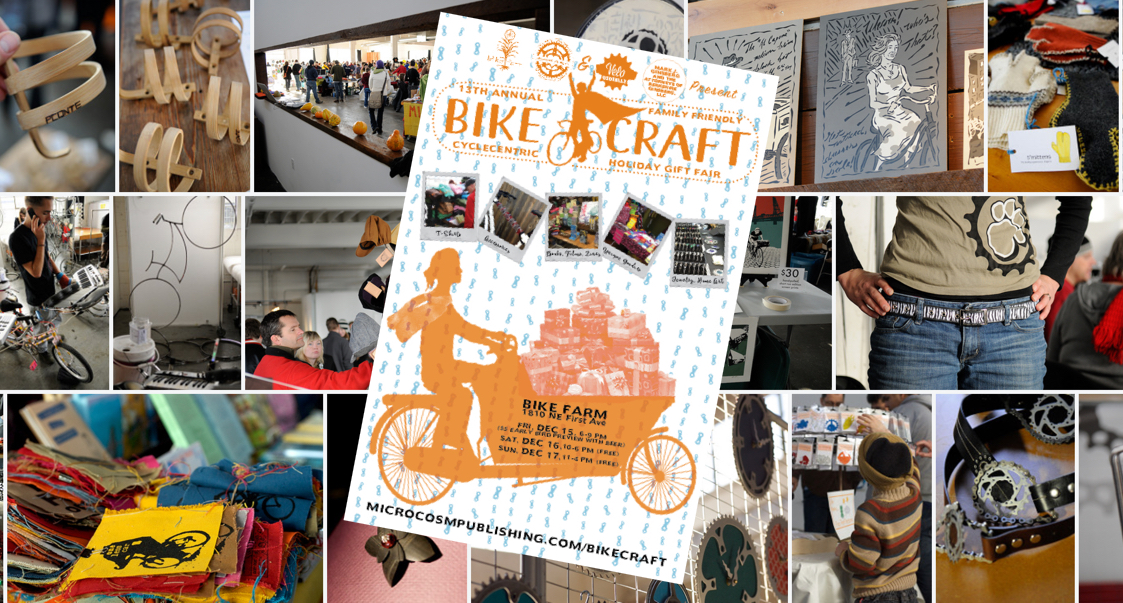 Put this event on your calendar right now.

The 14th annual fest is getting better with age. 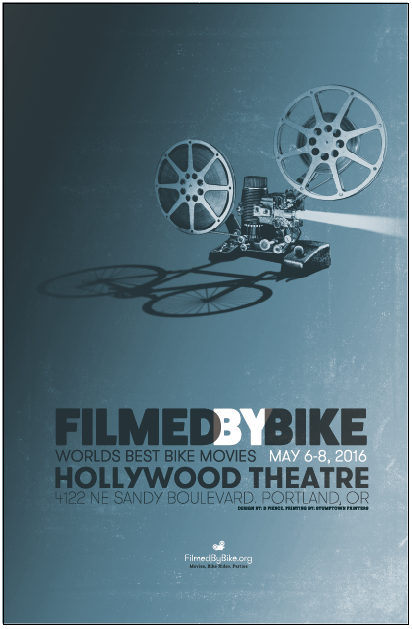 Filmed by Bike is coming! See the trailer, the poster and buy your tickets

First look at the new Filmed By Bike trailer!

Time to get excited for Filmed By Bike!

Two festivals of bike-themed short films from around the world are ready to ring in the warm season at the Clinton Street Theater.

Founding curator Ayleen Crotty said Friday that the festival may cross a new threshold this year: an epic. At least by festival standards.

This is how you’ll feel at Filmed by Bike.(Photo © J. Maus/BikePortland) Filmed by Bike, one of Portland’s most beloved celebrations of bicycling, starts tomorrow! This is the 11th annual festival and organizer Ayleen Crotty has put together what looks to be another stellar event. The street party is bigger and more exciting, there are … Read more

Filmed by Bike to pay tribute to couple killed in Thailand

The cycling world is reeling today as word spreads of a tragic collision that claimed the lives of a UK-based couple that was touring the world by bicycle together. Peter Root and Mary Thompson were riding their bikes in Thailand when someone driving a pick-up truck drove into their path. The couple had been on … Read more 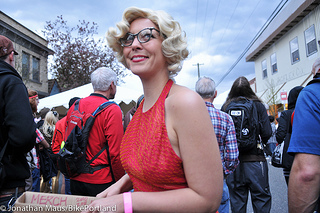 Filmed by Bike volunteer Meghan Sinnott added a bit of glitz to the party.(Photos © J. Maus) Despite a bit of water falling from the sky, Portlanders took to SE Clinton Street on Friday night to celebrate the 10th anniversary of Filmed by Bike. There was drinking, dancing, talking, and being seen among a healthy … Read more

It’s hard to believe that Portland’s bike film festival — Filmed by Bike — is set to celebrate its 10th anniversary. The festival kicks of this Friday night and continues through Wednesday with nine screenings and 75 movies on the schedule. In addition to the usual weekend slate of films, organizer Ayleen Crotty has added … Read more