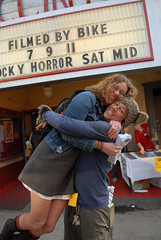 This is how you’ll feel
at Filmed by Bike.
(Photo © J. Maus/BikePortland)

Filmed by Bike, one of Portland’s most beloved celebrations of bicycling, starts tomorrow! This is the 11th annual festival and organizer Ayleen Crotty has put together what looks to be another stellar event. The street party is bigger and more exciting, there are tons of special performances planned including live art creation, bike dancing, and music. And of course there are eight screenings of four distinct programs chock full of the “best bike movies from around the world.”

Ayleen recently shared a rundown of special events and other fun stuff you won’t want to miss. 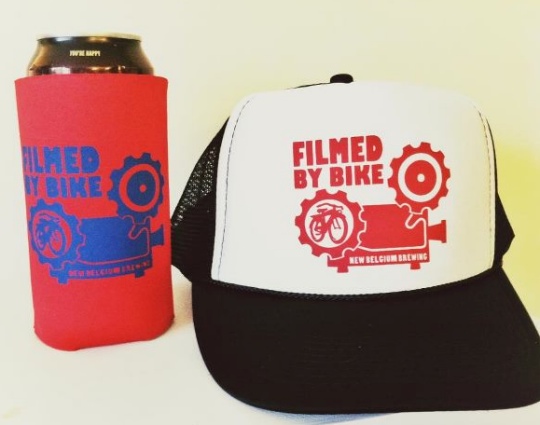 Get your FBB logo ironed on a cozy or a hat compliments of New Belgium. 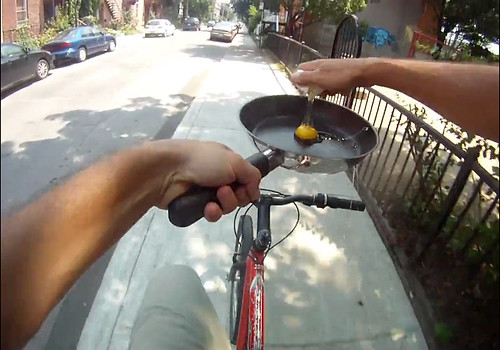 Still from The Man Who Lived on His Bike, a film by Guillaume Blanchet (Montreal, Canada). 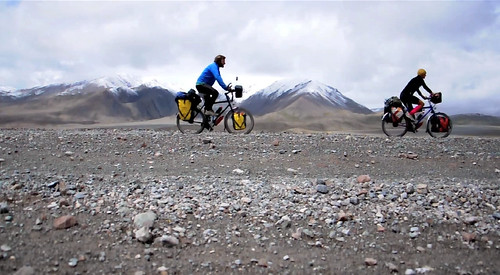 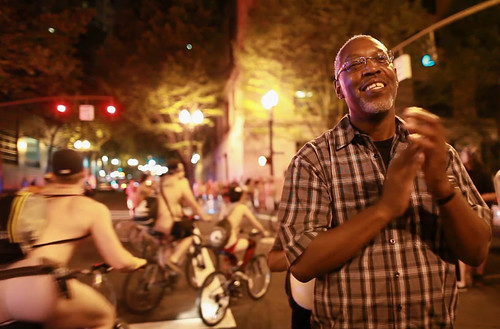 Still from Bare as You Dare, a film by Ian McCluskey, Lilah Cady, and Jenn Byrne (Portland, Oregon) 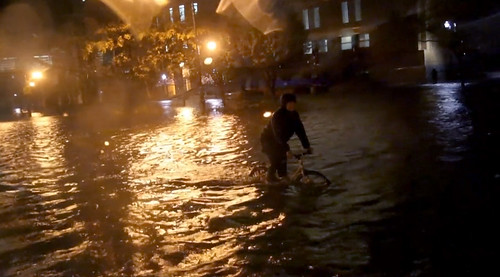 You definitely don’t want to miss the Filmed by Bike action. It all happens at the Clinton Street Theater (2522 SE Clinton St.) See you at the street party!

The Street Fest is all mew this year…


:^) I chuckled on seeing that written next to the photo of the cat suit.

I anybody organizing a ride to the event this year? I guess maybe Gary Fisher has other things going this year.

Thanks, Jonathan! The weather is perking up for tomorrow and it should be a great show. What a way to say “Summer, WE’RE READY FOR YOU!” Come party in the street with us, and enjoy the excellent movies in the theater.

So much fun! Looking forward to another great FBB weekend!

Looking forward to it 🙂