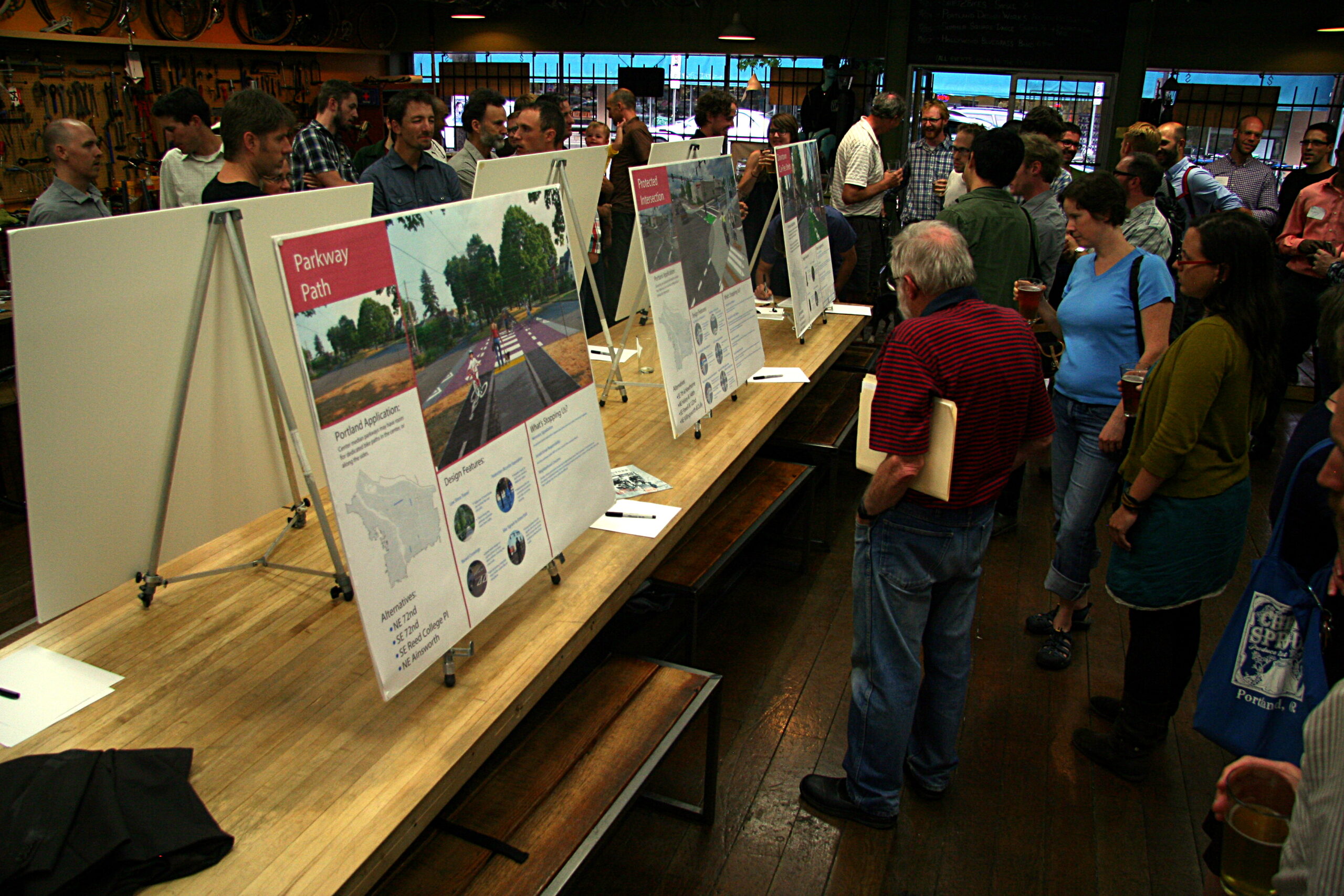 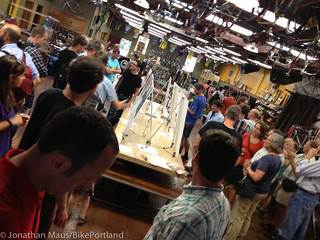 Dozens of curious Portlanders visited bike-culture hub Velo Cult Wednesday night to pore over a series of ideas for how to transform our city in the way the Dutch people decided to start reshaping theirs forty years ago.

“Though we remain America’s best city for bicycling, Portland has stagnated something fierce at a time when many other cities are recognizing the value of bike-friendliness,” event contributor Brian Davis wrote yesterday in a preview for PortlandTransport.com. That perspective captured the attitude of many who attended. 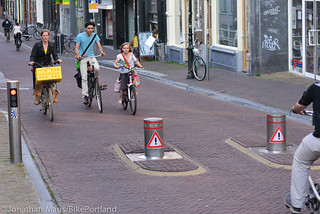 A trip to Delft, a city in the Netherlands
that makes ample use of automated bollards to
prohibit driving during certain hours, sparked
inspiration for “Going Dutch” event.
(Photo © J. Maus/BikePortland)

By now, we’ve all seen and heard numerous examples of Dutch bike infrastructure; but specific examples of how Dutch-style treatments would look applied to Portland roads is something we need more of. That’s why I’m excited to share news of an event happening tomorrow night at VeloCult (NE 1969 42nd Ave) that will do just that.

“Going Dutch” has been put together by one of Portland’s young rising stars of road design and urban planning: Jesse Boudart. Boudart, a recent graduate of Portland State University who’s currently an transportation analyst with Kittelson & Associates, traveled to the cycling paradise of Delft in the Netherlands back in July. While there, he viewed the city with a specific eye toward how its bike-friendly road designs could be applied in an American city. 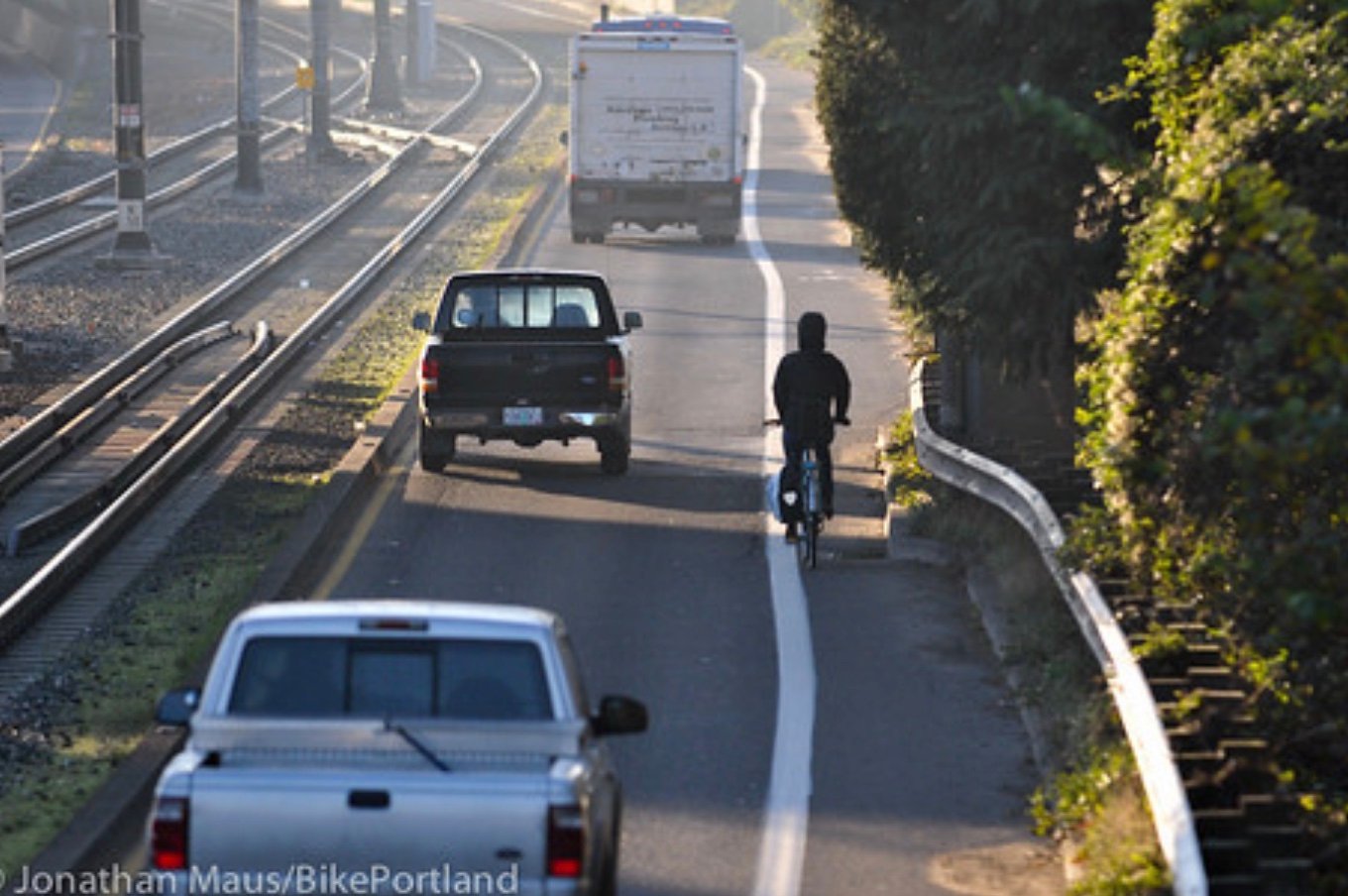 A photo shared on Twitter the other day by London-based bicycling advocate and blogger Mark Treasure threw the differences between us and the Dutch into stark relief.

Mark pointed out how road designers in Utrecht (in the Netherlands) handled a situation where a road and its bicycle paths went under an overpass. The photo showed clearly how the quality and width of the bike paths were maintained — while the roadway was narrowed. 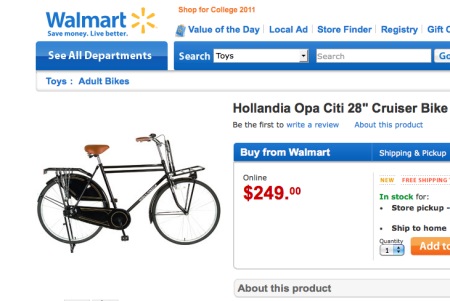 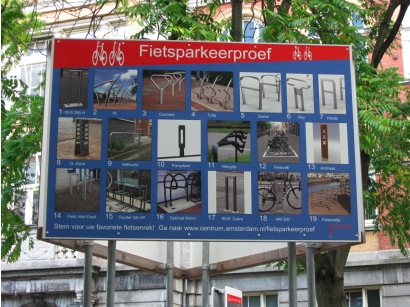 Editor’s note: Please welcome new BikePortland news intern Michelle Lopez. This is her first story for us — thanks, Michelle! 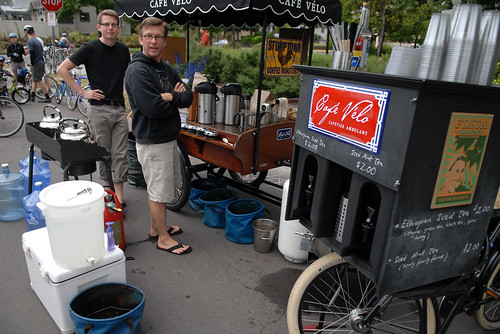 Northeast Portlander Rick Wilson, a former chef with a love for Dutch cargo bikes (bakfietsen), had long fantasized about ways to combine his two passions.

Just got a heads up about what looks like an interesting event coming to Reading Frenzy (921 SW Oak St.) on Thursday, October 9th at 7:00pm.

A former Portlander, now living in Amsterdam, is working on a book about Dutch bicycle culture.