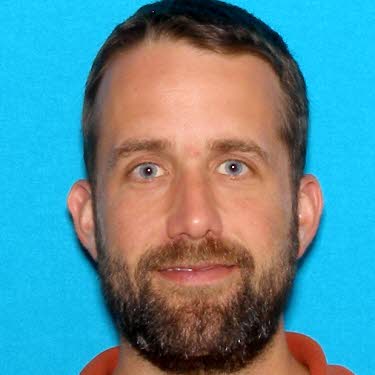 Portland Police are looking for Brian Duncan, whose family says he’s been missing since yesterday (10/16) at 2:30 pm. He was last seen on his motorized wheelchair near the Duckworth Dock on the floating portion of the Eastbank Esplanade south of the Steel Bridge. 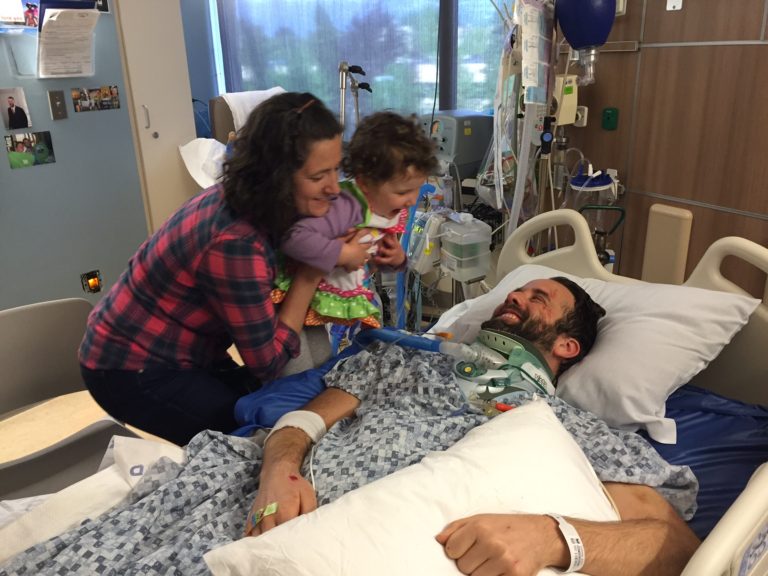 It’s been almost a year since Brian Duncan’s life changed forever. On March 30th the 37-year-old was on his bike, rolling across North Rosa Parks Way at Delaware when another man, 84-year-old Louis Hellbusch, failed to stop his car for a red light.

The impact left Duncan paralyzed and facing a new direction in his life and that of his wife and three-year-old daughter. That new life now includes a new home — one built to handle Duncan’s lifelong needs.

Duncan was a board member of the Arbor Lodge Neighborhood Association and this crash reverberated throughout the community. Last September his friends and neighbors held a candlelight vigil to raise awareness of street safety in the close-knit north Portland neighborhood — which was the site of two traffic deaths in the six months following Duncan’s collision.

Today the Duncan family is supported by an A-list team that’s helping them build a new, ADA accessible home. The project is called Two Blocks North and they’ve already raised over $40,000, nearly one-third of their goal.

“Biking was a major part of our lives and that’s been taken away,” Duncan said in a statement released through the project. “I feel lucky to be alive but that doesn’t change the reality of our situation.”

It all started on the evening of March 30th.

Brian Duncan, the former chair of the Arbor Lodge Neighborhood Association, was hit while trying to bike across North Rosa Parks Way at Greeley. He’s now paralyzed from the neck down. Then at the same intersection just three months later, Diana Miller-Dixon died after someone ran a red light and crashed into her car. Then two months after that on August 30th, and just two blocks away, Stanley Grochowski was walking in a crosswalk when he was hit by someone driving a car. Grochowski died from his injuries 10 days later on September 9th and police are still looking for the person that ran into him.

These tragic and violent acts committed by people driving dangerously on neighborhood streets have forever altered the lives of Brian Duncan and the families that Diana Miller-Dixon and Stanley Grochowski left behind. 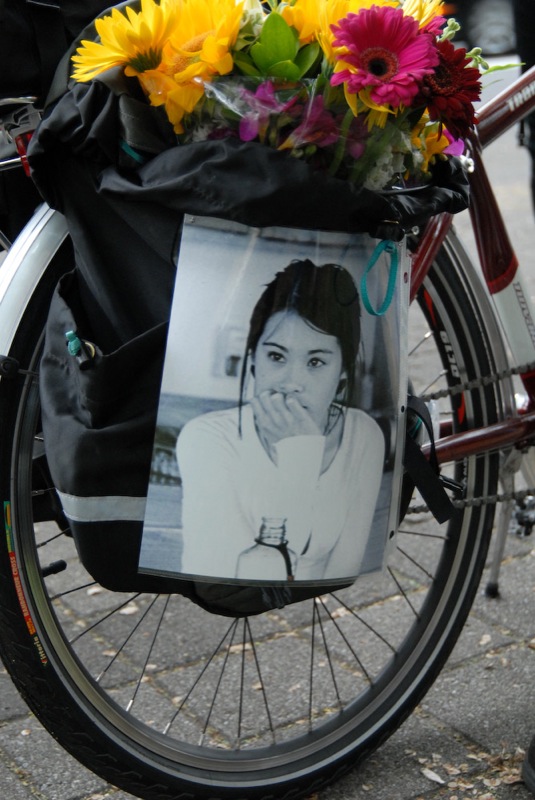 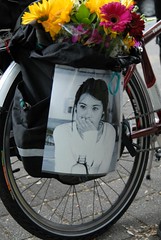 Tracey Sparling was remembered
at the 2008 Ride of Silence.
(Photo: J. Maus/BikePortland)

The Ride of Silence, a national day of rememberance for people killed and injured while bicycling, will be held in Portland on May 18th.

Portland has hosted one of these rides as far back as 2006 and is one of 321 cities hosting rides across 45 states. There are also rides planned in Corvallis and Medford. Portland’s ride is being organized by residents in the Arbor Lodge neighborhood who are still reeling after the crash that caused grave injuries to a local dad, Brian Duncan. Duncan was hit while trying to cross Rosa Parks Way at Delaware on March 30th.

According to local oranizer Nick Miller, the ride will meet at Arbor Lodge Park at 6:30 for a brief address where names of recent traffic victims will be read aloud.

Someone will also recite the official Ride of Silence poem which I’ve pasted below: 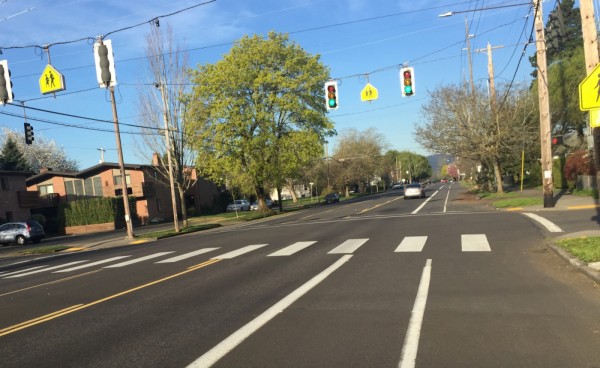 Brian Duncan was seriously injured while trying to cross Rosa Parks at Delaware last night. This is the view looking westbound just before the intersection.
(Photo: J. Maus/BikePortland)

Since Sunday night we’ve been following two crashes that involve people who were riding bicycles in north Portland. The first happened late Sunday night (3/27) at North Lombard and Jordan Avenue. The most recent one happened just last night on North Rosa Parks Way at Delaware. Here’s the latest information we have on both of them…