On Monday we hinted that the nomination of outgoing State Senator Lee Beyer to one of five spots on the Oregon Transportation Commission (OTC) would be very unpopular with transportation reform activists. And on Tuesday, the leaders of eight advocacy groups signed onto a letter to express specific grievances.

Their campaign isn’t focused on Senator Beyer, an establishment Democrat who rarely makes waves, it’s more about broader concerns relating to Governor Kate Brown and the OTC in general. Beyer’s appointment is just the latest illustration of Brown’s failure to connect the dots between climate change and transportation policy.

The OTC is an unelected, five-member board that is supposed to oversee the Oregon Department of Transportation (ODOT), implement the agency’s policies, set its strategic direction, and act as a check-and-balance to make sure they’re headed in a direction that aligns with the values of Oregonians. Unfortunately, the OTC is often little more than a reliable rubber-stamp and cheerleader for ODOT leadership that encourages the agency’s worst tendencies.

The governor’s choice of a 74-year-old, white, political insider who supports freeway expansion projects flies in the face of the type of changes many advocates have been hoping to see for years. Lee Beyer would make the OTC older, less diverse (he would replace Alando Simpson who is Black and just 39 years old), and less progressive.

This isn’t the first time the composition of the OTC has come under fire. Governor Brown has “actively ignored” demands from climate change activism group Sunrise PDX to appoint a youth OTC member.

“Oregon needs leaders who are visionary, climate-smart, and capable of and committed to taking our state’s transportation system in a new direction… Oregon’s families, workers, and businesses deserve better. We demand access to a complete transportation system that is safe, reliable, affordable and accessible, and which helps us meet our economic goals. We know you understand the need for transportation to evolve in the 21st Century. Your Executive Order 20-04 directed state agencies to reduce and regulate greenhouse gas emissions, including those from transportation. Mindful of these considerations, we ask you to reconsider your current Oregon Transportation Commission (OTC) appointment process and nominee.”

They outline five specific reasons for opposing Governor Brown’s choice and ask for a pause in the appointment process:

1) The OTC needs visionary, climate-smart, and diverse leadership in a time of crisis and change… Oregon’s transportation future must be decided by people who represent more perspectives and more of Oregon’s communities.

2) Your current OTC appointment process fails Oregonians… The process for making this appointment thus far has failed to meaningfully engage stakeholders and local jurisdictions, including those who have been effectively engaging with the OTC in the last few years, and undermines Oregon’s ideals of open and transparent government.

3) Representation matters… Replacing outgoing Commissioner Alando Simpson, a Black business owner from ODOT Region 1, with a white, retired legislator from Region 2 fails to ensure that the OTC is representative in as many ways as possible.

4) Pause the current OTC appointment process… Oregonians will not accept regressive investments in transportation any longer.

5) The OTC needs to be reformed… We are in discussions with state legislators interested in seeing the OTC better represent and
serve the interests of all Oregonians and the needs of the future.

The letter has been cc’d to all members of the Interim Senate Committee on Rules and Executive Appointments, who will vote to accept the governor’s nomination and make Beyer’s appointment official at an upcoming meeting that has not yet been scheduled.

Without more support from influential legislators inside the state capitol building in Salem, it’s unlikely this letter will change many minds that matter. A similar plea came from many of these same organizations in 2019 when Governor Brown had the opportunity to select a director of ODOT. But instead of choosing a leader who might have taken the agency in a new direction, Brown doubled-down on the past by picking someone who believes freeway widening is a smart climate change strategy.

It seems that, so far at least, Kate Brown thinks the best people to help us out of this climate change crisis are the same people that led us into it.

You’d think all of these climate activists groups would do their research first. ORS 184.612 details the statutory requirements of OTC members. Members have to be from different geographic regions of the state and no more than 3 members can belong to one political party. The utopian dreams of urban activists to fill the OTC with progressive Portland democrats flies in the face of statutory requirements. Don’t like it? Get the Oregon Legislature to change the statute.

Is there anything in the letter saying the position should be a “progressive Portland democrat”? Hmm. You’d think all these commenters would read the story first.

Also, the previous slate had 2 people from Region 1 (Van Brocklin and Simpson), so they’ve shown that the statutes aren’t always adhered to.

Jonathan, I’m surprised you brought up OTC Commissioner Simpson in both your story & comment above. You do realize he’s been one of the most ardent supporters of the I-5 Rose Quarter project on the OTC? If you were to give truth serum to all of the climate activist groups they’d say they’re ecstatic Simpson is leaving the OTC. Of course none of them will go on record to say so because … well, you know.

What are you trying to say here? Yes of course I know that Simpson is a huge supporter of the I-5 projects. He’s been terrible in terms of pushing the commission to see things differently when it comes to the highway-centric status quo. Have you ever considered that multiple truths are possible at the same time? Shocking, I know, because so much of our screwed up civic dialogue these days relies on binary “takes”. Like, I think it was very important to have Simpson on the commission, given his age and lived experience as a Black person in our area, and I also disagreed with his views on transportation. Am I happy he’s leaving? That’s a tough question. It’s a mixed bag, as many things often are these days.

>You’d think all these commenters would read the story first.

It’s dismissive replies like this that are driving a negative atmosphere in your comments.

It’s okay for readers to disagree with you. Probably even healthy. Just my two cents.

Just trying to have some fun. I love when people disagree with me.

You still have the limit of no more than 3 OTC members can be from 1 political party. But I’m sure there aren’t any progressives who would game the system to register as Republicans then vote as Democrats. Oh I know there are a bunch of progressives who register as independents so the political party limitation probably isn’t an issue that has to be worked around to stack the OTC with 5 climate activists. That’s what these groups really want the Governor to do.

I don’t really see working towards acts that could potentially slow the rate in which the planet is gonna burn up and make the current environment somewhat more healthy and livable/enjoyable is a “utopian dream.”

You seem like you have some animosity towards these groups and their goals. What makes you feel that way?

You’re not in Sweden, Jakob. 😉

Let’s also start writing to Mr. Beyer to ask him to remove himself from consideration.

First of all, the opinion expressed here that “Unfortunately, the OTC is often little more than a reliable rubber-stamp and cheerleader for ODOT leadership” is probably fair although it does not consider that the reason for that is that OTC is largely limited to consider only what is spoon fed to them from ODOT staff. Changing OTC outcomes might therefore have more to do with changing its governance and model of operation than changing OTC members. What’s the old IT maxim, “Garbage in, garbage out?”

On the subject of selection criteria for new OTC members I cannot accept in good conscience automatic disqualification based on age, political experience and skin color as in, “a 74-year-old, white, political insider.” I’m surprised that anyone would acquiesce to such a notion. We can do better.

As for Senator Beyer himself, I have known him for decades and have steadfastly found him to be level-headed, logical, analytical, open to hear all opinions, and entirely reasonable. I have not always agreed with him, but I have always respected him. He is a good man.

There are those who may disagree with me on this issue, and I respect that and am willing to listen to and consider their response. Sometimes I have even been known to change my mind when presented with a superior argument.

That all sounds fine, Gregg, but I think what you are missing here is that what we need – all of us on this burning blue-turning-to-red planet need – is a Whole New Mindset about transportation.

What I’ve seen over and over from centrist politicians like Beyer – and Kate Brown, for that matter – is a lot level-headed lip service to the importance of confronting the climate emergency, and then, having listened to “all opinions,” they turn around and say, Sure – go ahead and build that eight-lane highway or that 16-lane interstate bridge (but call ’em “auxiliary lanes” so we can fudge the numbers).

The public “consensus” around motor-vehicle transportation is so baked into everything we do that politicians like Beyer can’t help promoting it. What we need is someone who will at least question the status quo. Beyer is not the guy to do that.

But if the OTC is just a rubber stamp, and to be sure most similar organizations in the other 49 states and a majority of MPOs usually are, then why does it matter at all who is appointed?

I can’t think of a greater disappointment to the state of Oregon. Lee Beyer will sit across the table from you. Agree with everything you have to say. And then go do the complete opposite.

He’s worse then Alanso. The next off the committee will be Van Brocklin. Sunk his ferry, Just like what we will do for Beyers and his freeway projects.

His buddies in the Senate will pass him and are guaranteeing that the Senates wishes will be imposed on Portland, not Portlands wishes. They only care about getting as many trucks through our neighborhoods as possible. Elected officials are making big bucks on the trucking PAC piles of money. What a joke. A run around.

Kate Brown is probably going to parachute off to some ‘green job’ while she leaves a pile of climate congestion in her wake. Good riddance. 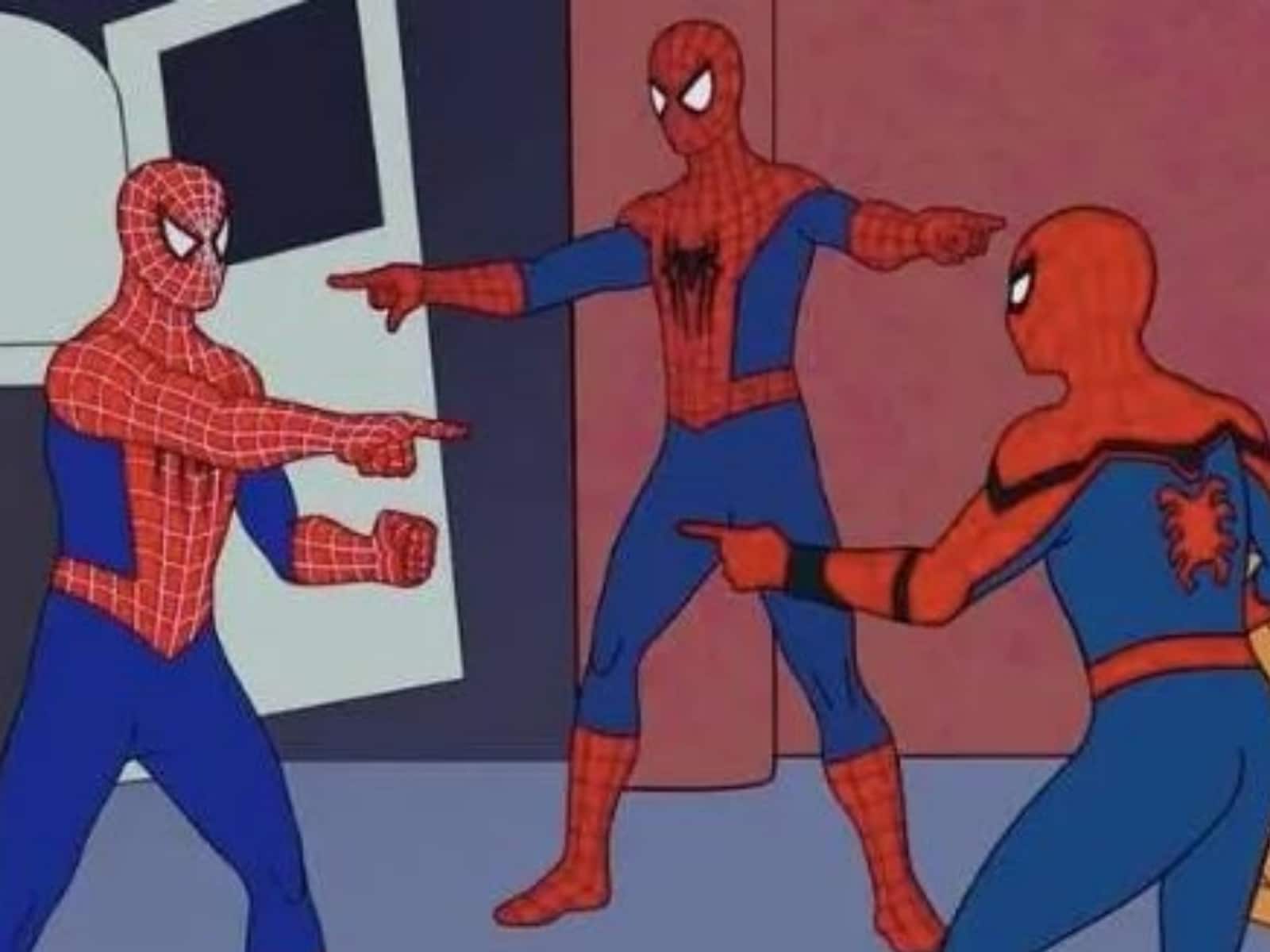