Willamette Week’s Rachel Monahan seems to have broken some news in the 25th paragraph of her story today about how scooters could fit into Portland’s multimodal future:

“The city plans to introduce e-bikes as part of the next bike share contract in August 2019.”

During last winter’s snow, when I was combining MAX and Biketown for my own commute to the Central Eastside, I ran into a couple who seemed to be shoestring-budget tourists at the Rose Quarter Biketown station. They were extremely excited about the bikes.

“You can just rent them and get around the city?” the guy asked me. “How do they get charged?”

My face probably fell a little bit when I realized that he assumed, probably because they’re big and weird-looking, that they must be e-bikes. When I told him they weren’t, the couple lost interest.

I recently rode a shared e-bike up a hill in Seattle. It was freaking fabulous. A few other cities, including Copenhagen, Providence and Birmingham, have introduced e-bikes to their municipal bike share fleets.

E-bikes would be a big improvement for Biketown, and also a substantial investment in both capital and operations. It’s not clear from Willamette Week’s reporting whether the city has funding lined up yet.

(Thanks to Monahan for highlighting this scoop on Twitter.) 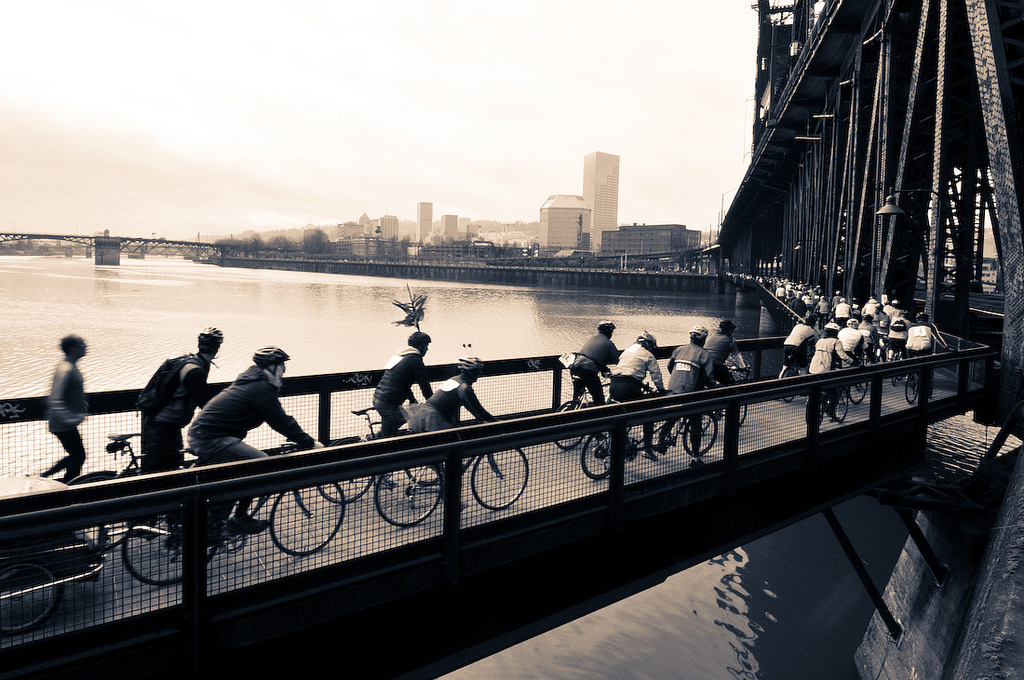 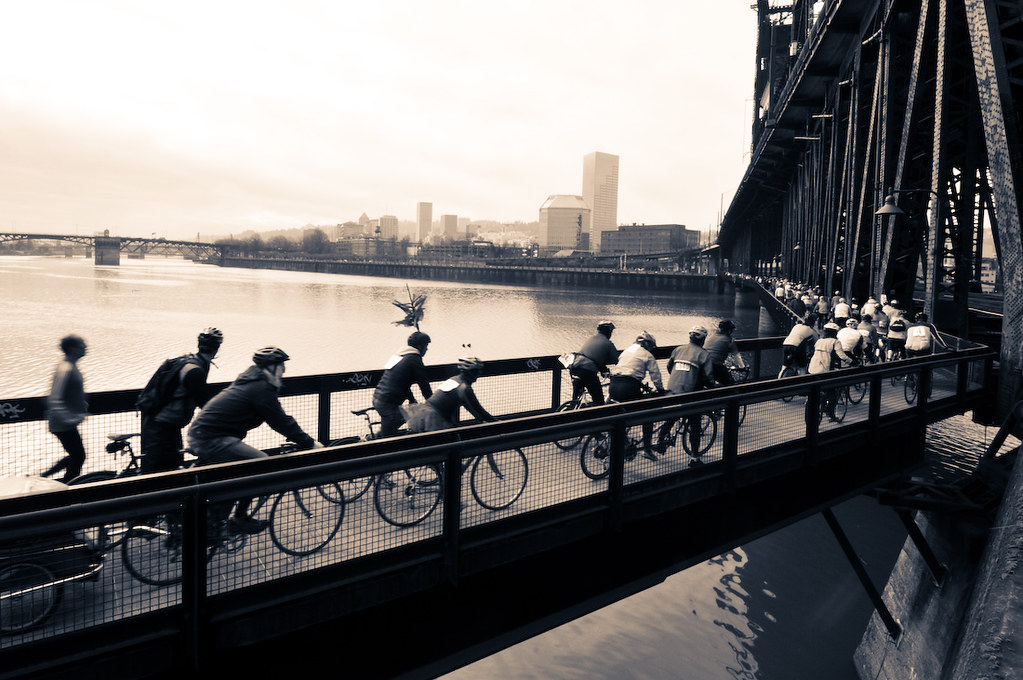 The Steel Bridge lower deck/floating Esplanade. Created thanks to the Bike Bill and Street Trust lawsuit, this is the most spectacular of the crucial bridge and waterfront connections that made Portland’s eye-popping biking boom of the 2000s happen. The floating section of the Esplanade is one of the city’s most wonderful public spaces.