The bill isn’t a complete loss for bike advocates, and there’s an expectation they’ll have another swing at the ball before the end of this year.

The much-ballyhooed, $369 billion Inflation Reduction Act (IRA) that’s on its way to President Biden’s desk as I write this, is an unprecedented win on the front of the climate change battle. But there’s a big group of folks who are feeling like losers: People who understand the transformative power of electric bikes and the role they could play in curing Americans’ addiction to cars and fossil fuels.

Despite intense lobbying from national bike advocacy groups, the electric vehicle provisions in the IRA apply to only one type of electric vehicles — cars. Once again, bicycles were left at the side of the road.

So what happened? Why couldn’t Oregon senators and representatives bring home the bacon on this one — especially with Oregon’s bike-loving House Representative Earl Blumenauer and the Senate Finance Committee Chair Ron Wyden on our side? Advocates got an answer to that question from a political insider at a meeting at the E-Bikes for All Working Group Thursday.

E-Bikes for All is an informal group of advocates from across Oregon who’ve been meeting since 2019. Each month they come together via Zoom to plot strategies aimed at pushing e-bikes into the political mainstream. E-bike purchase incentives — either at the state and/or federal level — are their top priority. At their meeting this week an Oregon-based congressional aide (who I’ve chosen to keep anonymous at their request) stopped in to explain what happened.

As political aides are known to do, the aide first played to the crowd by pointing out that the IRA isn’t a complete loss for e-bikes. Current federal law provides a tax credit that applies only to four-wheeled vehicles and states those vehicles must be operated only on streets, roads and highways. Portland’s Earl Blumenauer authored a small but potentially significant that will change the language surrounding that credit.

“Rep. Blumenauer authored a small tweak,” the congressional aide pointed out, “so that there’s a provision now that makes the credit available for two and three wheeled vehicles that operate on streets, roads or highways.” It’s a small provision, but it leaves the door open for the private sector to build charging stations with e-bikes and even e-scooters in mind — and still get the 30% tax credit.

The language starts on page 407 of the 730 page bill (PDF). It effectively expands the definition of “motor vehicle” to anything that has two or three wheels and is “propelled by electricity”. (Sorry electric unicycle riders!)

Another potential boon for bike lovers tucked into the bill (but not related to electricity) is the “Neighborhood Access and Equity Grant Program” laid out on page 704. It’s a $1.9 billion (with a “b”) grant program to be administered by the FHWA for projects that , “improve walkability, safety, and affordable transportation access.” Specifically, the grants can be used to, “build or improve complete streets, multi-use trails, regional greenways, or active transportation networks and spines; or to provide affordable access to essential destinations, public spaces, or transportation links and hubs.”

Those little wins are nice, but many folks at the E Bikes For All meeting wanted to know why bikes were left out of the biggest prize of all — purchase incentives. People who want to buy an EV car can get a tax credit worth up to $7,500. But there is zilch for bikes in the bill.

Turns out the language in the bill that included Blumenauer’s E-BIKE Act and tax benefits for bicycle commuters, were both dropped during last-minute negotiations aimed at getting West Virginia Senator Joe Manchin’s vote. The congressional staffer at the meeting said when Sen. Manchin demanded to cut the size of the bill down from its initial $550 billion, cuts had to be made. “As Mr. Manchin started to look at where the spending was, and started to look at what he supported and what he didn’t support, unfortunately, the E-BIKE Act and the bicycle commuter benefits, both fell off and fell onto the cutting room floor.”

And then, choosing his words carefully to not hurt the feelings of the crestfallen e-bike advocates, the aide added, “There was not the same level of advocacy among senators for the bike provisions as there was for the electric vehicle credit. And often the squeakiest wheel gets the grease. I think that there were just more senators that were pushing for electric vehicles than there were electric bikes.”

But all is not lost and there’s still hope for a federal e-bike purchase incentive to be passed (“I don’t think we’re back to square one, it’s more like square two or three” is how the aide put it). All eyes are on an upcoming tax bill that Capitol Hill lawmakers are already laying the groundwork for. It’s likely to be passed before the end of this year and the aide said, “I think represents our our best chance moving forward.”

Bad news, electric cars use hundreds of times more battery than an e-bike. If we are going to have electric vehicles, e-bikes are significantly better use of the limited resource of lithium.

There are land use, water use, labor rights, and indigenous rights issues that must be addressed but describing lithium as a limited resource is beyond ABSURD.

There are not enough known lithium reserves for every person to have an electric car. It is finite within reason.

There are not enough known lithium reserves for every person to have an electric car.

As this graph shows the incredible scarceness of lithium has caused massive price inflation: 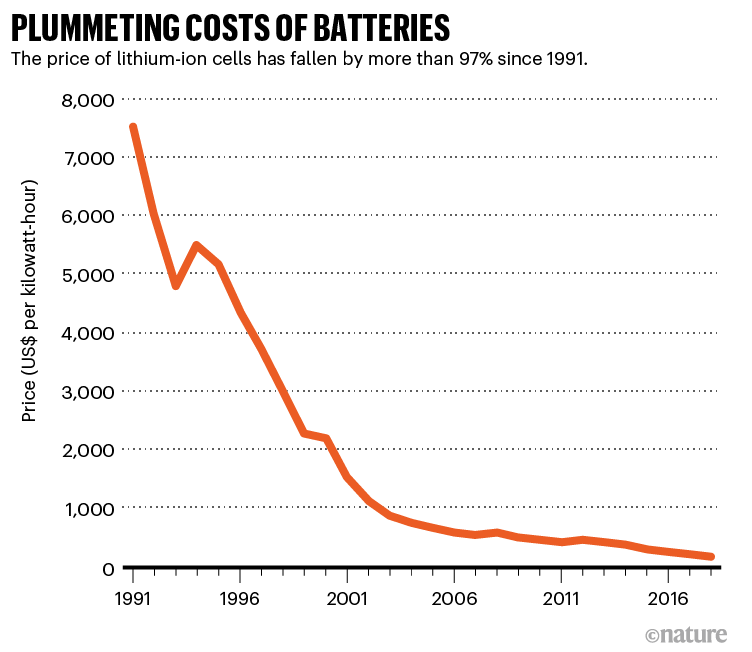 It is finite within reason.

Thank you, thank you, for your random-internet-blog-commentator wisdom. I really don’t understand why I would believe scientific journals and government agencies instead of YOU. Apologies for doubting you.

Lithium itself is not scarce. A June report by BNEF2 estimated that the current reserves of the metal — 21 million tonnes, according to the US Geological Survey — are enough to carry the conversion to EVs through to the mid-century. And reserves are a malleable concept, because they represent the amount of a resource that can be economically extracted at current prices and given current technology and regulatory requirements. For most materials, if demand goes up, reserves eventually do, too.”

PS: One of the things I really can’t stand about the so called climate movement is the anti-intellectualism.

Thank you for the links, Soren.

For the record, I am a profound skeptic of the Tesla-ization of our transportation system and have always been a fierce opponent of Fordist (consumer) capitalism in all its forms.

So why do I care so much about lithium?

Because lithium storage — almost certainly in solid state forms that require little to no cobalt or nickel — are, based on my read of the literature, likely to be essential to high levels of electricity decarbonization in the medium-term.

This phrasing makes it sound like bike advocacy groups lobbied to remove ebikes from the bill. I’m assuming they didn’t do that, and despite their efforts, only electric cars were included?

E-bikes cost less than each one of my 4 bicycles.
Just purchase one if you like, why should I subsidize your hobby?

Good for you for owning 4 very expensive bikes. But, you’re ok with your money going to subsidize things like oil and gas corporations and Elon Musk, but making e-bikes more affordable crosses the line?

Elon Musk is a huge benefactor of this bill so no, I don’t support subsidies for Tesla or E-bikes.
Is actually walking or pedaling out of the question?
E-bikes are not a savior for the environment.

…and I wish “old pro-coal Joe” was from Virginia vs WV…as he might have been less of a barrier to Biden’s agenda.

Yes, last week I was VERY DEPRESSED professionally at learning that the US Senate bill overtly dropped specific BBB language that had included e-bikes / ebikes for the purchase rebate plus missing ‘bikeshare as transit’. Over my 30+ years as a transportation planner I have seen bikes dealt with by our congressional (and local) leaders from being “ignored” to “an oversight” to now actively “dropped” for funding…I guess we are ‘lucky’ that there was not language actively “excluding” ‘bikes as electric vehicles’* for the rebate…all the while that bikeshare and e-bikes/ bikes are more effective as a transport device and much needed for our climate crisis now vs 10 years from now.

*BUT all is not lost –potentially we may not have to wait for “the next tax bill”opportunity…as there is nothing that I could see in the bill that wouldexclude ‘bikes as electric vehicles’…especially given federal definition of a‘motor vehicle’ does not exclude bike like devices, as far as my quick searchhas found:
FEDERAL TRANSPORTATION, Title 49 U.S. Code § 31301 (12): ” ‘motor vehicle’ means a vehicle, machine, tractor, trailer, or semitrailer propelled or drawn by mechanical power and used on public streets, roads, or highways, but does not include a vehicle, machine, tractor, trailer, or semitrailer operated only on a rail line or custom harvesting farm machinery.”
So, we all need to make sure that any administrative rules written for the rebate process include electric bikes, so that e-bike / e-bike truck manufacturers can apply to be an approved manufacture for the new or used rebates.

Plus, an Executive Order may also help clarify and streamline this issue in the
interim…be it 3 months or 3 years. [Just a strong hint hint to President Biden / Secretary Buttigieg.]

The bill as written is not even that good for EVs. Because of the provisions that have to be met (price, where EV is built and origin of the batteries). The list of EVs that qualify for a rebate is much smaller than the list of EVs that do not qualify.

If E-Bikes were included in this bill (they should be) would they be subjected to the same provisions and which E-Bikes would have been eligible.