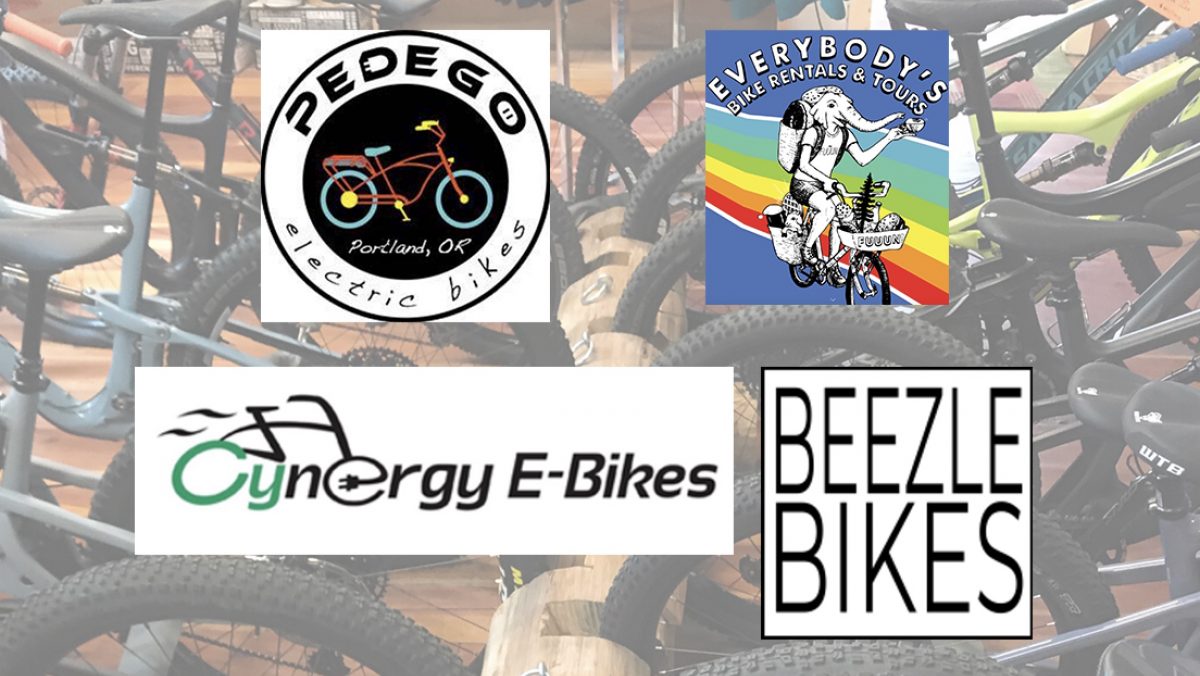 With vaccinations ramping up and the bike boom still very much alive, Portland’s bike industry is set for a sensational summer.

Cynergy E-Bikes Has a New Owner and Location
Rich and Ruthellen Fein opened Cynergy E-Bikes on SE Powell in 2014. They’ve decided to retire and sold the business to Helen Hitt. Rich Fein described Hitt as a, “a health and eco-focused entrepreneur” who previously owned a dot-com business and prior to that had a long career at Intel. Among her plans for Cynergy are a move to a new retail space a bit closer-in. Watch for the shop to re-open soon in the shopping center with food carts and John’s Marketplace at SE 35th and Powell.

In addition to the move, Hitt has picked up the Scott brand of e-bikes. This will add to their already impressive lineup of bikes from Giant, Dahon, Bulls/Pegasus, and others. >>> CynergyEBikes.com

Portland’s newest bike shop will open its doors for the first time on Thursday, April 1st. Beezle Bikes will open in the Ford Building on SE 11th and Division (2505 SE 11th Suite 100). This central location puts them near Ladds Addition and the Orange Line bikeway.

Beezle is the dream of Tom Booth, a 28-year-old born and raised in Oregon. He’s spend most of his life in the Portland area and is a former mountain bike racer. He’s worked at a few shops over the years and finally decided to jump into a shop of his own. Beezle will have a focus on repairs and service. “I’ve always had a tinkering mind,” Booth shared with me in a message today.

I plan to check out the opening Thursday and will report back. It’s from 12 noon to 4:00 if you want to stop by. >>> BeezleBikes.com

Everybody’s Bike Rentals Now Owned by former Citybikes Co-owner
Dan Sloan opened Everybody’s Bike Rentals in 2012 and built a strong business by offering a wide variety of bikes that looked like what locals ride (and having a very cool logo of an elephant riding a bike). Sloan decided to sell the business in spring 2020 and the new owner is Ryan Smith.

Smith is a former co-owner and board president at Citybikes Cooperative, who had left that shop and worked a few other jobs before meeting Sloan and taking over Everbody’s. Smith has been at the helm since February 1st. “Everybody’s has been great at adapting to the changing tides over the years,” he shared with us in a recent email. “And with Covid creating a new challenge, Dan and [former co-owner] Jonathan’s decision to increase the mountain bike fleet saved the day for both the shop and the customers.”

Smith has several changes in mind for the business. He plans to stay open during winter months and offer bike maintenance classes and apprenticeships for potential new hires. Smith will put his experience running the Citybikes apprenticeship program to good use. He hopes to part with local high school students to learn the bicycle repair trade. Another addition to the shop will be more touring and bikecamping bikes and gear. Sounds like Smith will do right by the shop’s new mission: “Reconnecting people with their natural sense of wonder and adventure.” >>> PDXBikeRentals.com

New Location for Pedego Electric Bikes
Pedego is a national chain with their own line of e-bikes. They opened a store on SW 3rd in downtown Portland in 2016. The shop recently moved to northeast Portland and has set up shop in a beautiful location on the corner of NE Martin Luther King Jr Blvd and Hancock. If you’re e-bike curious, roll over and check out these comfortable and colorful bikes next time you’re in the neighborhood. >>> PedegoElectricBikes.com

If you’ve got local industry news to share, please drop me a line!

“Pandemic in the rear-view mirror”: This is hugely irresponsible. Many current metrics are in the same ballpark as last summer. Sure, that looks good after the winter spike — but by no means is the pandemic over.