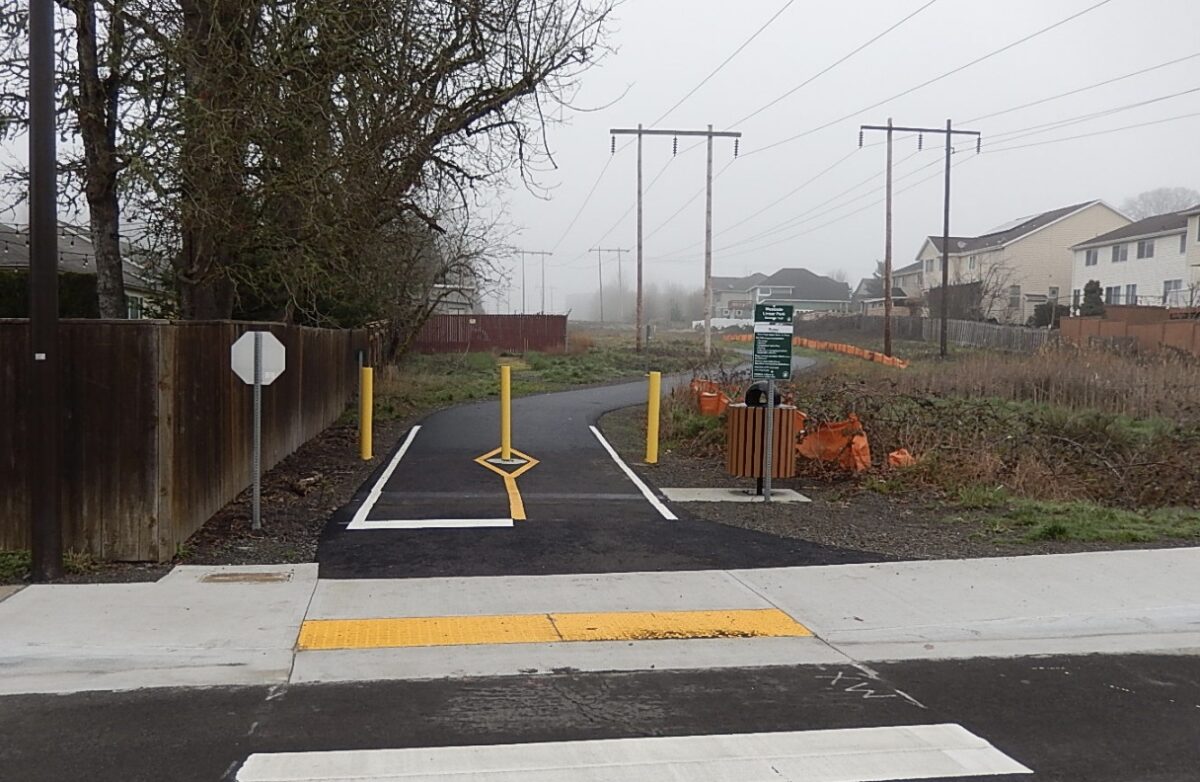 The Oregon Department of Transportation has released the list of projects that will be funded through the new Oregon Community Paths (OCP) program. The Oregon Bicycle and Pedestrian Advisory Committee has recommended 18 projects worth $11.3 million.

The OCP program is funded through a combination of sources including the bicycle excise tax, a portion of Oregon Lottery proceeds via the Multimodal Active Transportation Fund, and the Federal Highway Administration’s Transportation Alternatives program.

Here’s more from ODOT in a statement released yesterday: 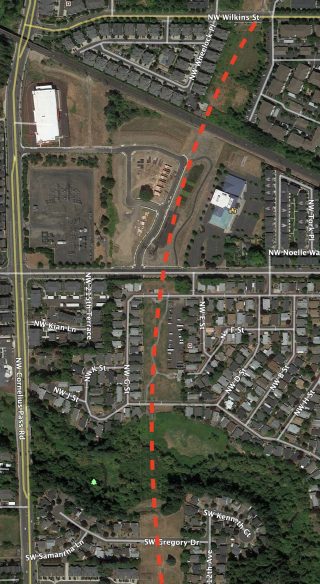 The Oregon Community Paths Program, or OCP, is a new program dedicated to help plan and build off-road walking and biking paths that connect communities and destinations. It’s a key contributor to ODOT’s Strategic Action Plan, as it adds to the agency’s priorities of equity, a modern transportation system and sufficient and reliable funding. Funded by Keep Oregon Moving (HB 2017), the program also aims to improve safety for walkers, bikers and other personal mobility device users.

As per OCP program guidelines, only paths that are off highway right-of-way are eligible. No projects from Multnomah County made the cut. The closest projects to Portland that will receive funding are in Washington County: the Reedville Trail in Hillsboro earned just over $1.5 million to begin construction and four segments of the Westside Trail in Tualatin will get over $635,000 for further refinement and planning.

Project selection was made using a mix of criteria including equity, safety, shovel-readiness, and regional connectivity. The Oregon Bicycle and Pedestrian Advisory Committee used Metro’s Transportation Disadvantaged Index to calculate each project’s equity score. That index uses American Community Survey Census variables to identify the socio-demographic and travel behavior of nearby residents.

The list released yesterday includes projects and funding through the 2022-2024 funding cycle. Keep in mind this is just one way ODOT funds bicycle-related infrastructure. It’s separate from the mandatory 1% minimum set-aside for biking and walking infrastructure out of the Highway Trust Fund which amounts to about $7 million per year. Even so, this funding is dwarfed when compared to the billions ODOT spends on highway expansions for drivers of cars and trucks.

Despite the name, the Tualatin Hills Parks and Recreation District operates in Beaverton and the unincorporated areas of Washington County surrounding Beaverton and Hillsboro, but not in Tualatin. From what I know the West Side Trail extensions are in the Bethany area.

Yes, it wasn’t very clear here, or on the OCP page. This is for the THPRD Westside trail. Specifically, it’s for segments 14-18 which is the area north of Walker Rd (other side of the Nike campus) up to Kaiser Rd (just north of Oak Hills). It will include the new bike/pedestrian bridge over Hwy 26 in the Cedar Mill area.

The bicycle excise tax is such a failed piece of token legislation. Not only is it inefficient in collection but this program makes it obvious that a majority of the tax is a wealth transfer from urban areas to suburban and rural areas. Grumblings about governance aside I am all for more trails and bike tourism.

It would be interesting to see bike spending per capita by county. I suspect that Multnomah would lead the pack, due to percentage of cyclists and income. Washington and Clackamas counties might be up there, though. A lot of fancy weekend warrior and e-assist rigs being purchased out in the ‘burbs.

Cool! Powerline corridors really are ideal places for trails: they’re straight, usually have few road crossings, and often pass through areas with incomplete grids and poor bike connectivity. Hopefully one day all the powerline corridors in WashCo will have multi-use trails through them

Except for where the powerline corridor crosses hills. Then it’s up, down, up, down often very steep grades. Parts of the westside corridor on the southern end are like that.

“Off highway eligible” that means urban areas will get less funding.

There’s a bunch of off-street trails alliance leaders who do not encourage their members to participate in state level advocacy. I was saddened at on point, reaching out for help from the trails alliance people and they really can’t say no fast enough to moving Salem legislation.

I’m glad some bike projects were funded but this tax needs to be REPEALED! A tax on non-polluting, quiet and carbon free transportation. C’mon!

If the funding criteria is for off-street bike infrastructure it does give Washington County a big leg up. The county is criss crossed with tranmission corridors and creeks with large greenways that offer the opportunity for these paths that is just not there in denser PDX.In a decade or so we could see Washington County become the cycling leader in the Metro Area.

In looking at the pretty significant impact of the $11.3 million spent on trails, I couldn’t help but compare this with the recently approved funding list from the Portland Clean Energy Fund (PCEF). That fund is up heading up to over $180 million sitting in a pot to go towards carbon reduction efforts. In the latest round there were significant pots of money going to things like studying the planting of a healing garden for $100k.

Pretty soon the PCEF is going to be seen as a massive waste of funds.

It seems to me though, that Oregon’s largest source of carbon emissions comes from transportation. At the same time, we seem to have a shortage of funds to pay for truly protected bike lanes. We know that the more protected our infrastructure the more appealing for new riders to switch to active transportation.

We should repurpose the PCEF to finally fund building out the city’s bike infrastructure big time.

And see Steve Novick also raising concerns about this program and its concerning priorities: https://www.oregonlive.com/opinion/2021/04/readers-respond-questioning-the-clean-energy-fund.html

Jonathan, I would like to hear more from Metro, Multnomah County and PBOT about why there were no projects funded in Multnomah County (or Clackamas County), and only 1 significant project in the whole Metro area. The 3 Metro counties include almost half of the State population and more than half of bike sales and bike ridership. Multnomah County alone is 20% of the State population, and has the most diverse population iand the most low-income neighborhoods with poor transportation access. There were many planned projects that would qualify, such as Sullivan’s Gulch, North Portland Greenway, the 40 Mile Loop along the Columbia Slough and near Marine Drive, the Red Electric Trail in SW Portland, an northern extension of the Gresham-Fairview trail, etc: https://www.oregonmetro.gov/regional-trails-and-greenways-system.
How did PBOT and Metro fail to find one project that could qualify in Portland or the east county?

It’s a truism of every state that rural and small town communities are prioritized on all programs precisely because they are not typically ready to supply the “matching” funds when needed, and so their funding gets put back into the pool for other runner-up projects, and so on until the money is all used up.

3 projects in the 3-county metro area, all in Washington Co, made the final list. The City of Portland isn’t on either the main “funded” list nor any of the 3 back-up runner up lists, but Gresham is on one of the back up lists. https://www.oregon.gov/odot/RPTD/RPTD%20Document%20Library/OBPAC-Recommended-Project-List.pdf