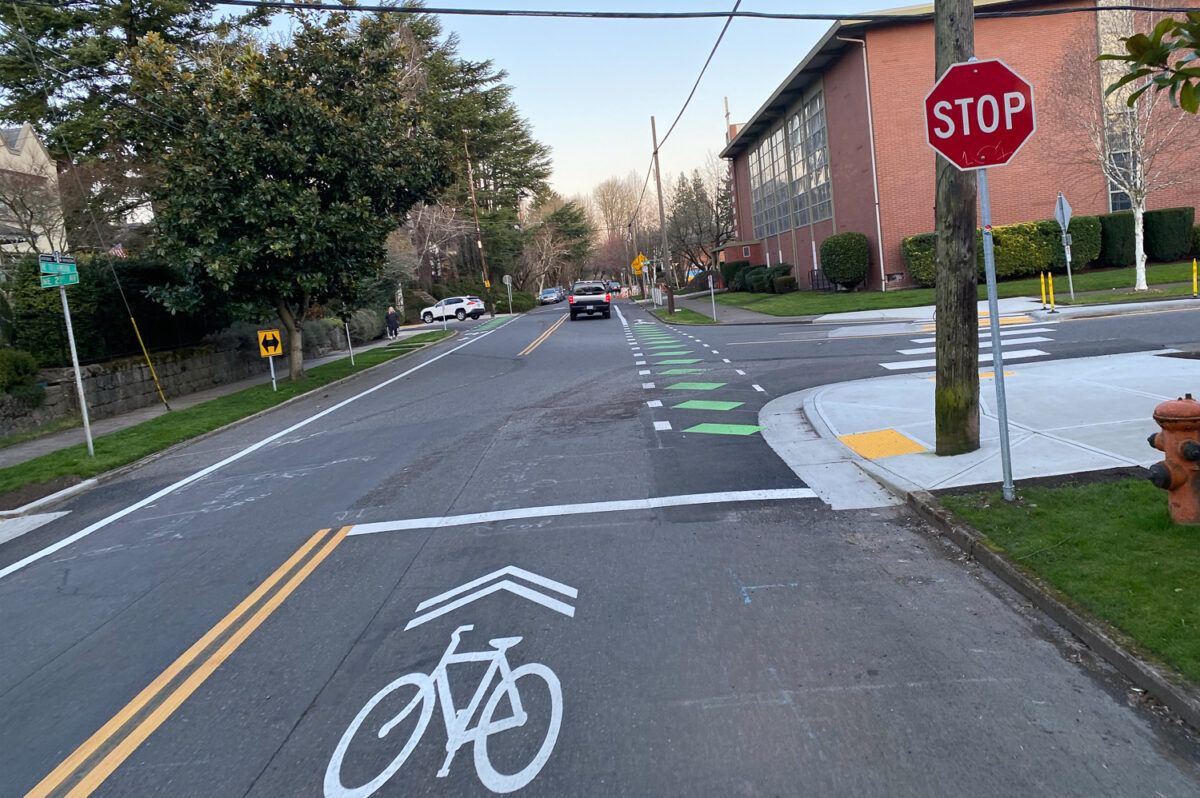 Tillamook is a vital east-west link in Portland’s biking network. Established as a cycling-priority street over 20 years ago, it was one of our original “bicycle boulevards” (now known as neighborhood greenways) and it provides a lower stress alternative to Broadway between the Hollywood neighborhood and I-5.

Like many of our bikeway streets, in recent years Tillamook has fallen victim to the scourge of driving abuse. In their 2015 Neighborhood Greenways Assessment Report (PDF), the Portland Bureau of Transportation acknowledged that Tillamook lacked the traffic-calming features and safe crossings of a modern neighborhood greenway. Tillamook was recommended for interventions to bring down driving speeds and reduce the number of drivers overall.

Several recent updates have recently been completed. There are now green bike boxes and bike light indicators at the crossing of Martin Luther King Junior, fewer stop signs (not that those matter as much for bicycle users as of January 1st!), and speed bumps have been added throughout the corridor.

A big focus of the $150,000 investment was the off-set intersection of Tillamook and 21st. With high bicycle traffic volume on Tillamook and poor sightlines for people driving north-south on 21st, PBOT wanted to improve predictability, visibility, and safety.

I went out to see the changes earlier this week. Before we get to more photos, let’s recall what this intersection used to look like: 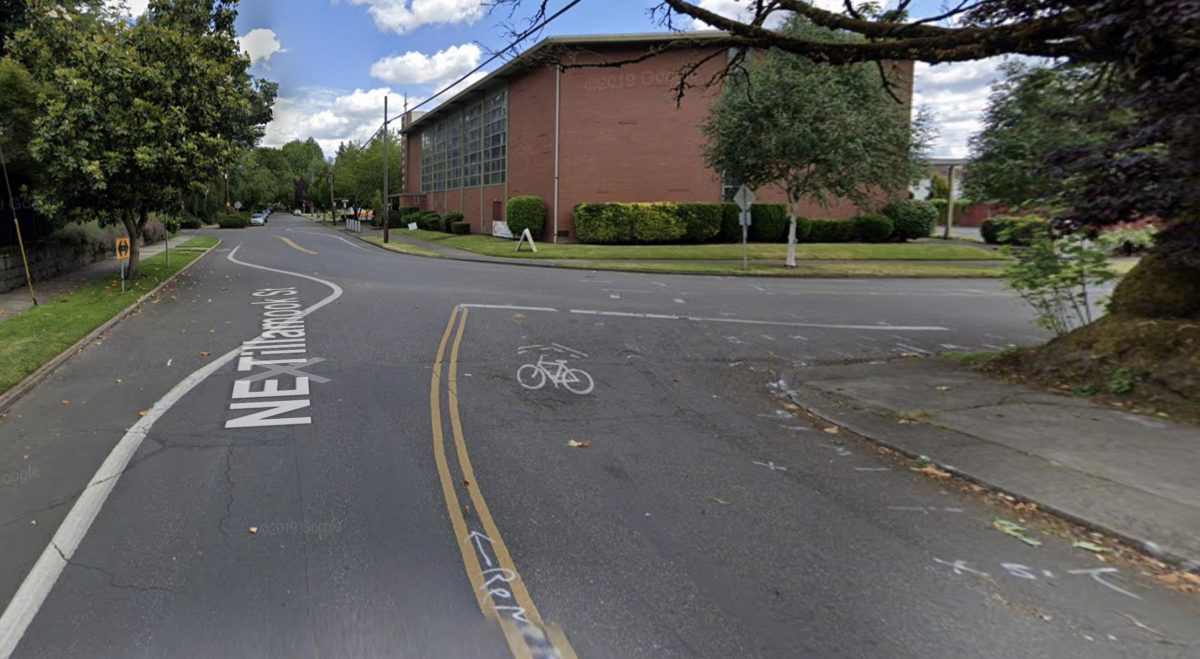 The first thing I noticed was that bicycle riders now have a direct line across the intersection; instead of the winding striping of before. Heading east, the corner has opened up due to the removal of a large tree and installation of new curb ramps.

PBOT has also tilted the green blocks in the bike lane. This curious treatment is intended to increase longevity of the green paint by angling it outside the wheel path of motor vehicles. 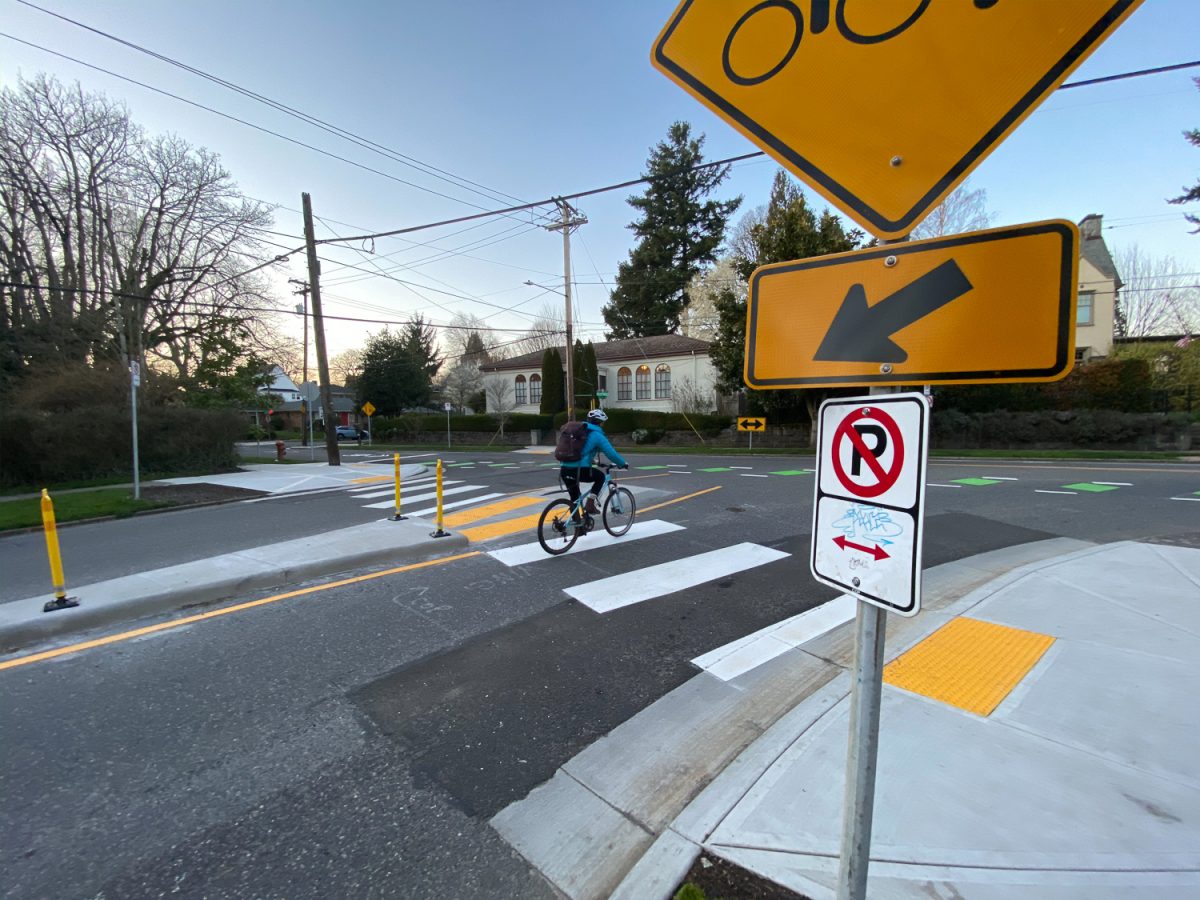 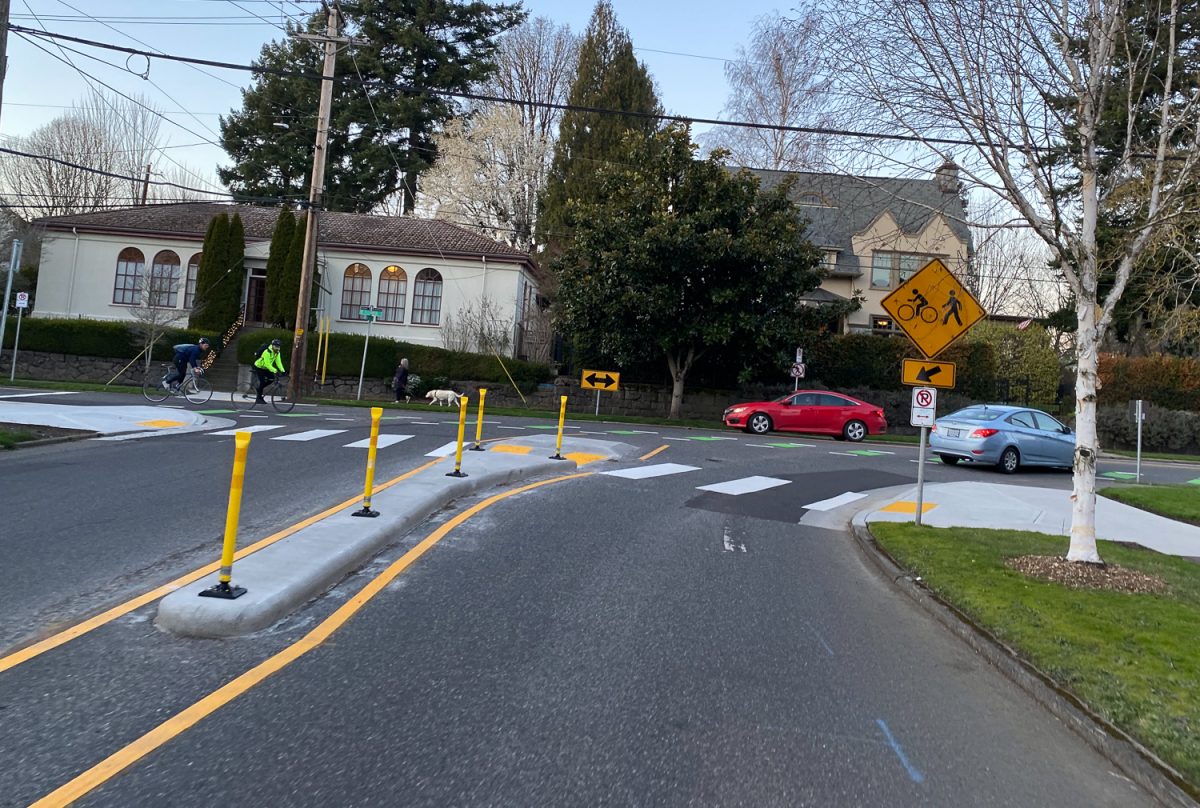 Looking at Tillamook northbound from 21st.

Before the intersection PBOT has installed median islands and crosswalks setback several feet away from the bike lane. These are wonderful not only for non-drivers but because they also slow people down as they approach Tillamook. In addition to the medians, there’s bright new, yellow caution signs that warn of people crossing ahead.

On the down side, those new medians might make it harder for people biking north-south (a relatively popular movement because 21st has a protected bike lane over I-84 just a few blocks south) who want to turn left onto the Tillamook greenway. There’s no turn lane and the medians make the left turn movement a bit more awkward for bicycle users.

Overall I found this to be a good update in re-establishing Tillamook as a street where bicycle riders are respected and more protected.

Have you biked or driven this yet? Would like to hear your thoughts.

Next up: A look at the new protected bike lanes on NW Naito and the protected intersection on NW Thurman.