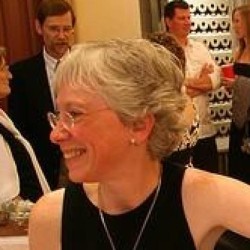 Where should I ride while there is less car traffic?

I’m immune compromised and self-isolating for as long as I can afford to, and I am not getting out much, sitting too still for too long, and getting bored.

Yes, there are fewer cars on the road, but when I have gone out, I have encountered about the same number of aggressive drivers – I’m still blasting my horn about once per trip. When roads are emptier, that kind of driver is more inclined to barrel through stop signs. My cellmate is not feeling like the roads are any safer: he does not want to take advantage of what should be an opportunity.

We’re both slow, almost-paranoid, low-mileage riders, and usually insist on taking the lane because we insist on being seen. We live in inner SE. Where should we dare to ride?

Saddle and seat tube taken from my bike while shopping – and no, no quick releases were involved. I hope whoever gets “such a deal” on it has a 27mm seat tube and has to deform it to securely hold my 26.8mm post. WTB “Speed She” on the loose – not even a particularly desirable seat.

I wish I had bothered to notice what company’s truck they were driving. Heading north on SE 16th this morning, I was behind a garbage truck. I never want to be anywhere near a garbage truck for painfully good historical reasons. It pulled up to the intersection with Burnside, put on the right hand turn signal and waited… and waited. I was a full truck length behind it, reading the large sign on the rear saying both verbally and graphically “vehicle makes wide turns.” Two bicyclists were less patient, and went around me to the right. One was not too foolish, as she was making a right turn.

The other tried to go around the truck, to the right. Directly into the turn the driver was trying to make. The driver stopped.

By the time I screamed at the oblivious bicyclist, she was across Burnside and out of hearing range. As often as I mutter “natural selection in action,” I really don’t want to be a witness to it. I’m shaking just thinking about it again.

I’m about to see what company has that area’s residential pickup and put in a commendation.

People, please don’t be stupid. Enough of us get killed while doing everything right.

Why I yell at you (drivers)

I keep having these confrontations where a driver slows but does not stop, and heads at’ me. At least it seems to my hyper-vigilant paranoid commuting-in-traffic persona that they either don’t see me.

Previous one was a driver who was either intending to cross SE Salmon or turn east on it. Stop sign on the cross street, none on Salmon. He rolled the stop and I screamed at him, horn blaring. He chased me down the street to the next stop sign, and asked “What are you yelling about? I stopped.” Rolling stop. We like to think they constitute a stop (I stopped pedaling – that means I stopped) and drivers do, too. I think he honestly thought he’d stopped, and he could not see that my perception was appropriate to my vulnerability.
END_OF_DOCUMENT_TOKEN_TO_BE_REPLACED Black ice. Did anyone see me wipe out some time before 8:00 this morning? The first thing I remember is standing on the corner talking to a concerned driver (female) and concerned cyclist (male). I have no idea how all the scattered pieces of my helmet lights got into one of my coat pockets, How my banged-up bike got on the sidewalk I don’t know, either. I thank anyone who stopped to help.
END_OF_DOCUMENT_TOKEN_TO_BE_REPLACED

Why is it so hard to report a found bike?

I saw a trashy glint in my planting strip walking (yes, walking, not riding) back from the store tonight. Went to remove the trash, and found that it was a mostly-stripped bike frame – a Univega Via Montega, 23″.

Calling the police non-emergency number at night gets you nothing. How do I report an obviously stolen bike that I found, rather than lost? This does not fit any category of incident that can be reported to PPB on line.

I’ve got the serial number; now what?