But if you saw the massive crowds of adoring fans who showed up for his bike ride yesterday, you’d have thought it happened last week.

The Blazers, who celebrate 50 seasons as a franchise this year, called on Walton to deliver on a bike ride aimed at stoking nostalgia and enthusiasm. Known for his love of riding and scheduled on the same day as Sunday Parkways, the event masterfully melded two of Portland’s most beloved pastimes: bicycling and basketball.

The plaza outside Veterans Memorial Coliseum was a sea of red as everyone waited for the 66-year-old, 6-foot 11-inch Walton to emerge. When he finally pushed through the coliseum doors wearing a skin-tight red Blazers cycling jersey and shorts emblazoned with his trademark tie-dye pattern, fans swarmed. His red hair and beaming smile — hard to miss as he towered over the crowd — were a beacon. Walton only made it a few yards before he began greeting fans and sharing his autograph. He signed everything pushed in front of him, from bike helmets and bike frames to jerseys. 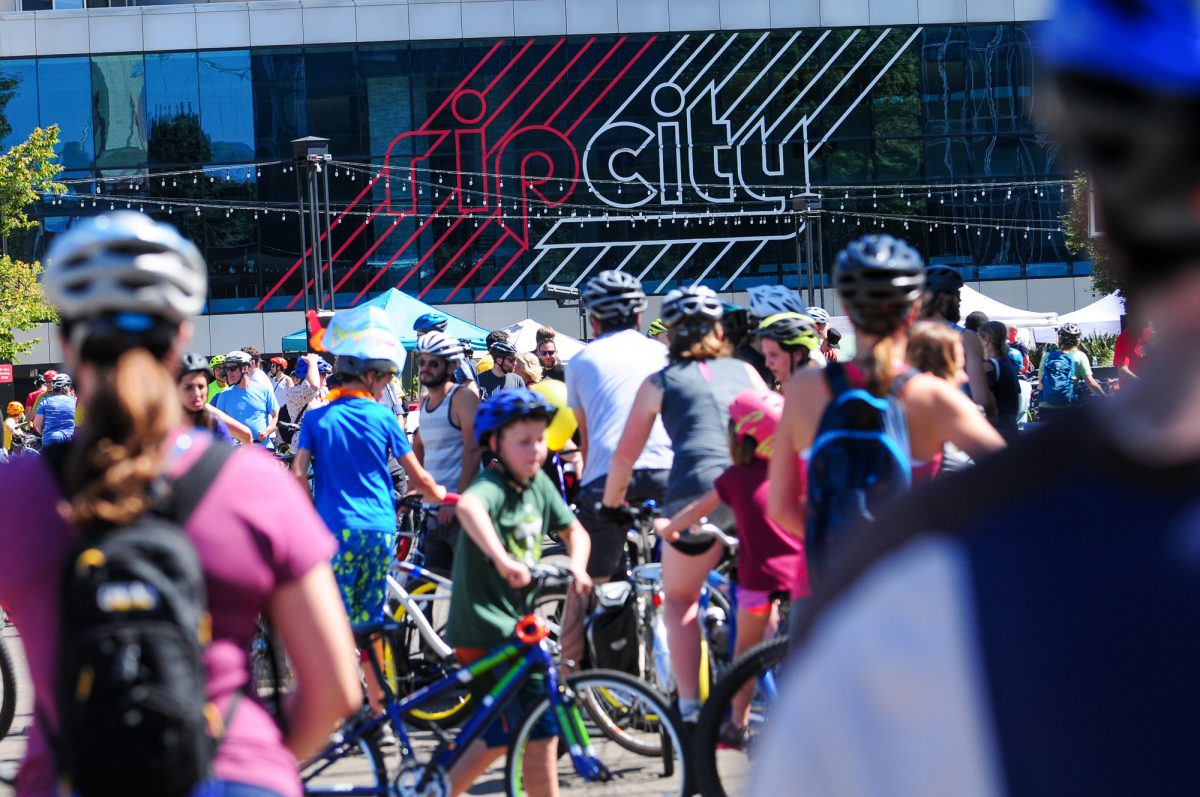 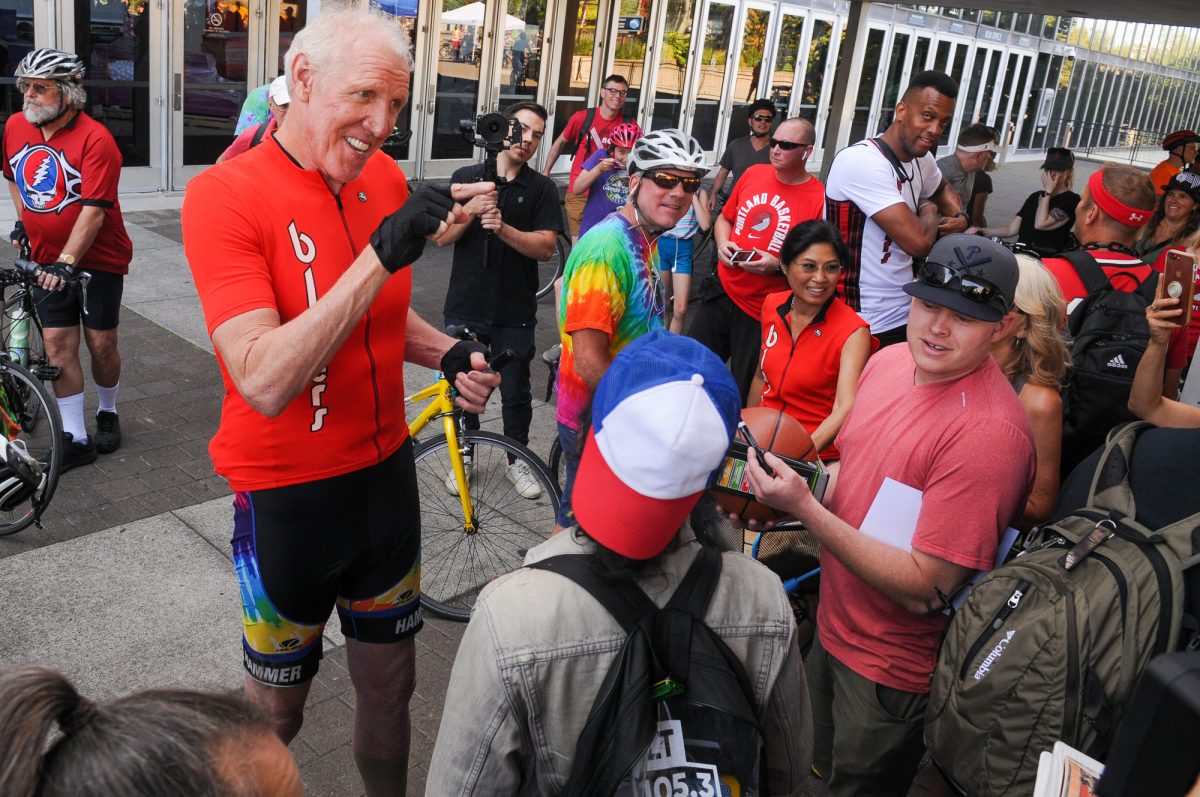 In keeping with the theme of the day, Portlander Paul Glahn brought a copy of Bill Walton’s Total Book of Bicycling (1985, Bantam). David Smith showed up with Bill Walton socks and brought a rare #33 Helix High School jersey for the big man to sign.

When it was time to ride, Walton took to a mic at the center of the plaza. 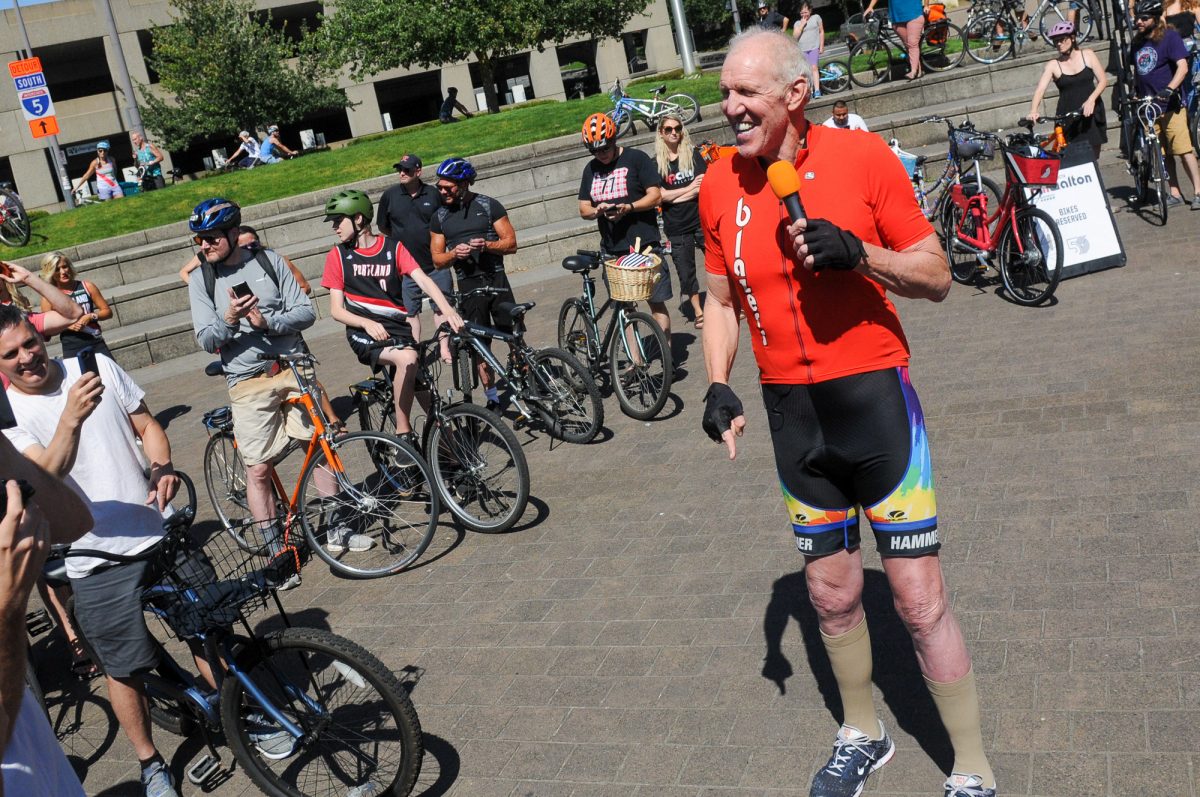 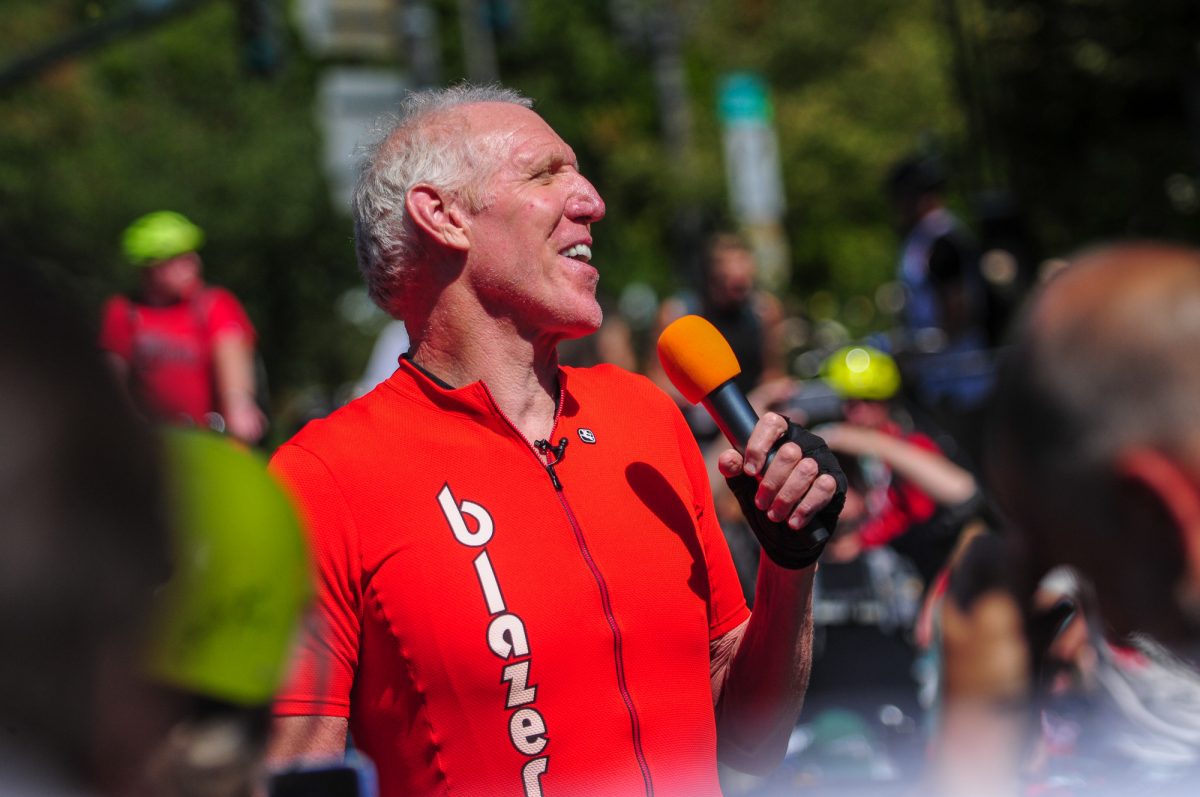 “When you get confused, ride your bike and listen to the music play,” he crooned, riffing off Grateful Dead lyrics, “The first days are the hardest days, don’t worry about it no. When life looks like easy street there’s danger at your door. What I want to know is, can you ride your bike? Are you kind? And will you come with us? Here we go!” 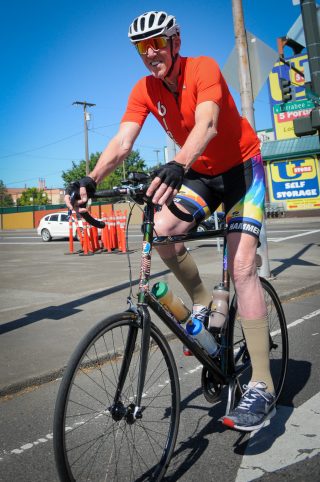 And with that, Walton threw a leg over his Holland Cycles road bike (custom painted with Dead Head graphics of course) and led his diverse legion of fans over the Broadway Bridge and into downtown. 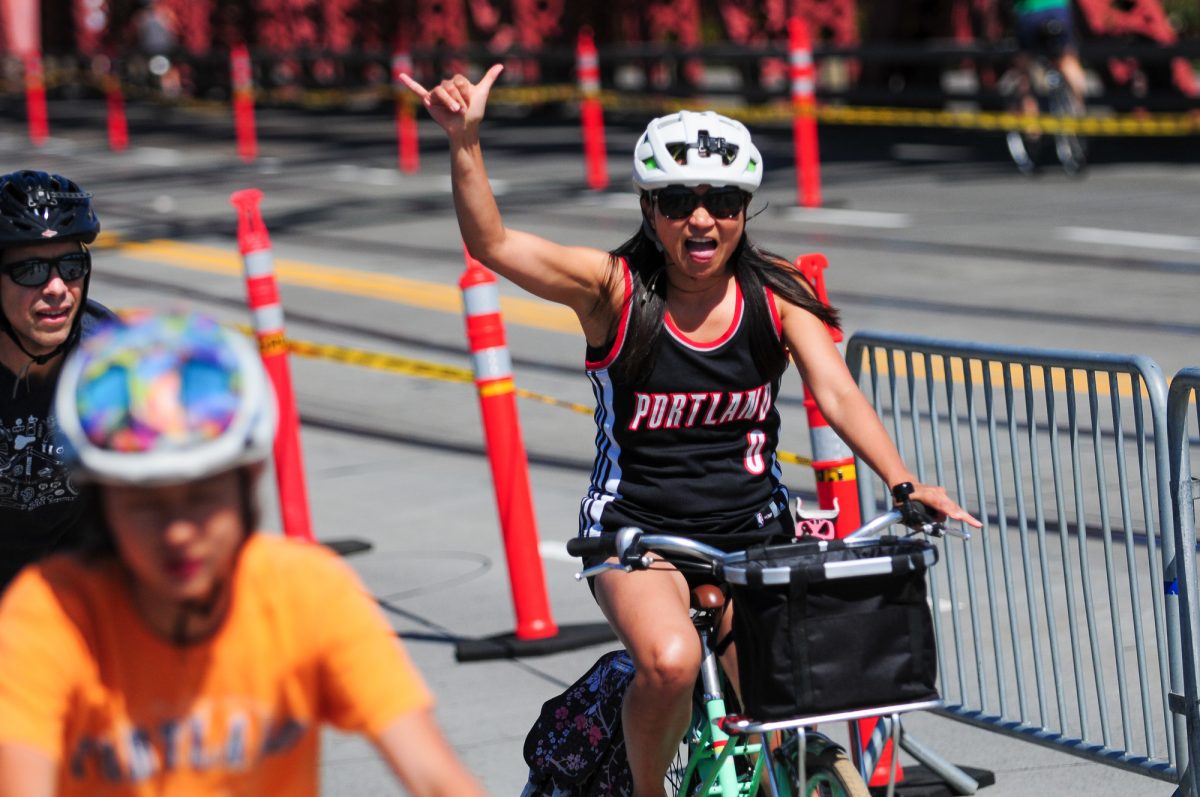 Thanks Jonathan, This one makes me smile.

Where was Jerry Garcia?

He looks really good. Leaving pro sports was a lifesaver.

What does this mean? Lots of former NBA players look great. Maybe not Barkley or Glen Davis, but mostly those guys are in great shape.

Meh. I get the nostalgia and everything, but Bill Walton has talked a lot of trash about Portland for many years.

So where do I get a bike jersey like that? Who knows what logo is on his jersey?