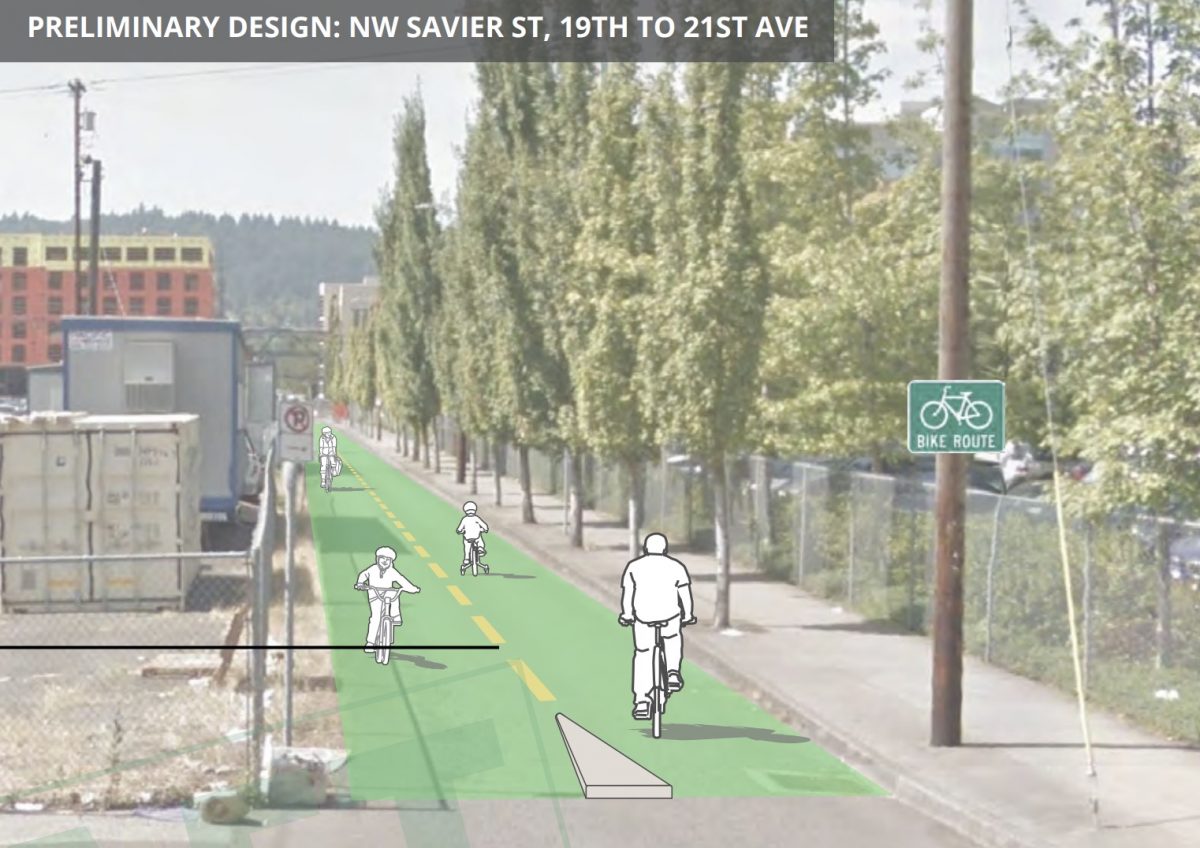 Currently a one-lane road sandwiched between two lots under construction, PBOT wants make a section of NW Savier into a signed and colored two-way bikeway.

After kicking off about a year ago, the Portland Bureau of Transportation has released a major piece of their Northwest in Motion Plan (NWIM). 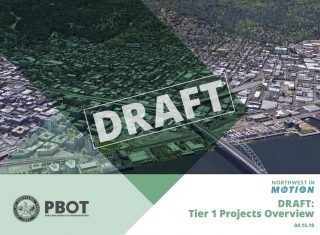 As we reported back in November, the goal of this plan is to create a detailed and prioritized list of shovel-ready projects that can be built in the short-term (1-5 years). PBOT’s work in northwest mirrors the East Portland in Motion and Southwest in Motion plans (we’ll likely see similar efforts in southeast and north/northeast soon).

Similar to recent work we’ve seen from PBOT on NE 7th and in southwest, the designs in this plan push the envelope for active transportation. Staying true to our myriad lofty planning goals, the Northwest in Motion proposals put walking, biking, and transit firmly atop the modal hierarchy. With a variety of traffic calming measure, right-of-way adjustments, and lane reconfigurations, PBOT is showing us the potential of our streets when we don’t make driving the top priority.

Below is a look at a few of the nuggets in the draft project list:

Beefing up NW Johnson with major changes near REI 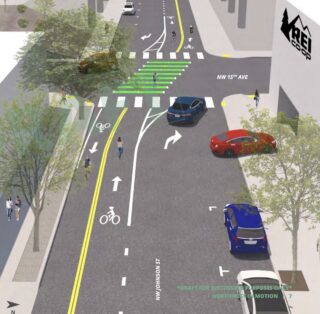 The most stressful segment of Johnson would become one-way only for drivers and get dedicated space for cycling.

The plan calls for updated the existing greenway on Johnson between 9th and 25th. This is a crucial east-west biking corridor that connects the Broadway Bridge to the west hills and provides access to many high-value destinations.

The section between 14th and 16th (REI) is the most stressful today. PBOT wants to make it better by turning NW Johnson into a one-way for drivers and adding a separated, two-way bikeway through the entire section. To get the space, they’d remove an existing lane used for on-street parking. New diverters would prevent cut-through drivers.

Overton provides a nice connection to NW Naito Parkway, Fields Park, and more. Currently it has no dedicated cycling space and people parked their cars on both sides of the street. PBOT’s plan would provide a buffered bike lane eastbound (using space currently used as auto parking) while maintaining a shared lane westbound. To reduce the amount of drivers on the street, PBOT would install a full diverter at NW 9th

The proposal should significantly reduce the amount of drivers on NW Marshall. A full diverter at 15th (under I-405) would prevent through auto traffic and a neckdown between 20th and 21st would limit cut-through drivers.

Diagonal diverter at 20th and Pettygrove
A thing of beauty isn’t it? PBOT wants to do this to reduce driving traffic at the confluence of two neighborhood greenways and create new green/public space. 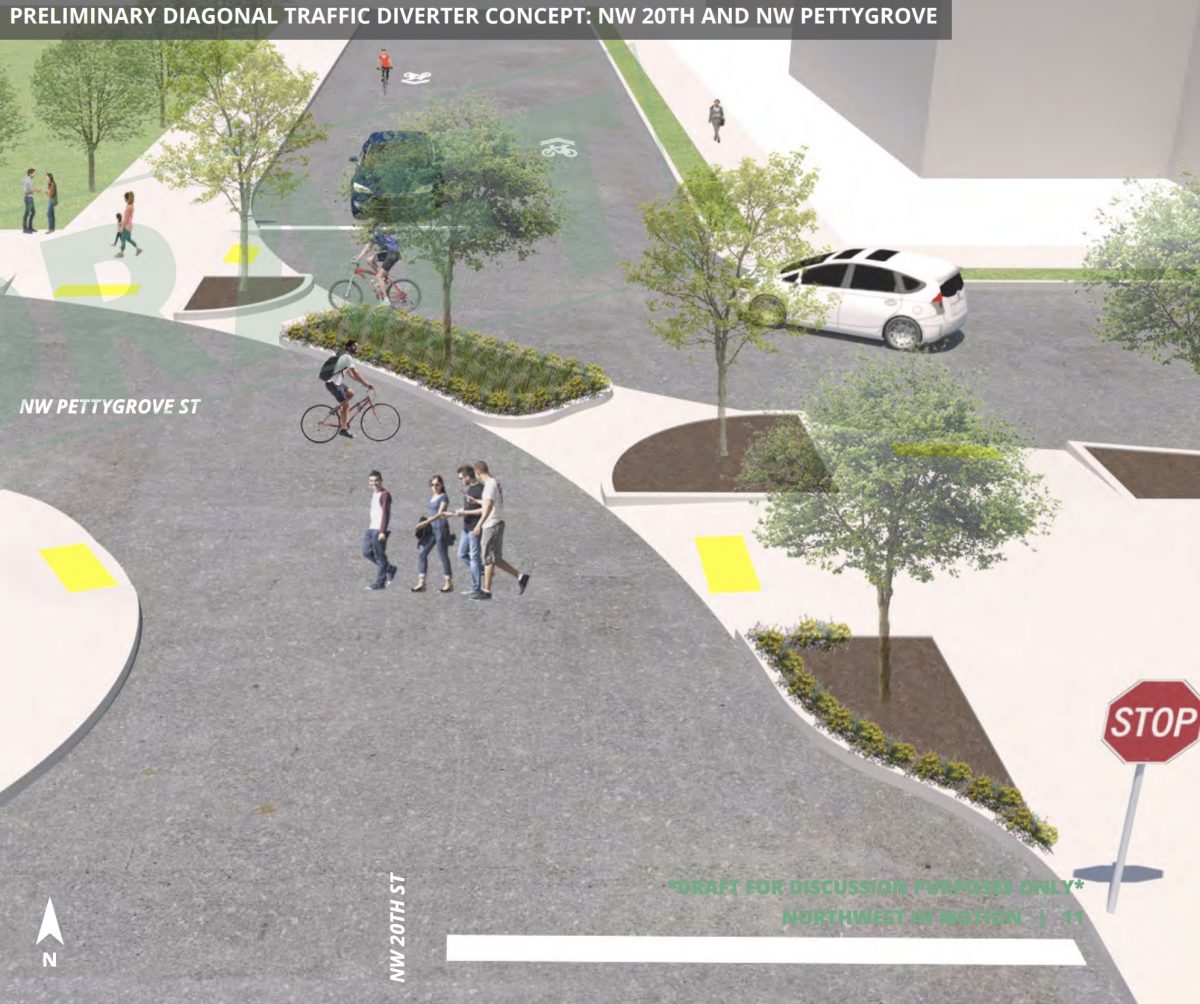 24th getting its due 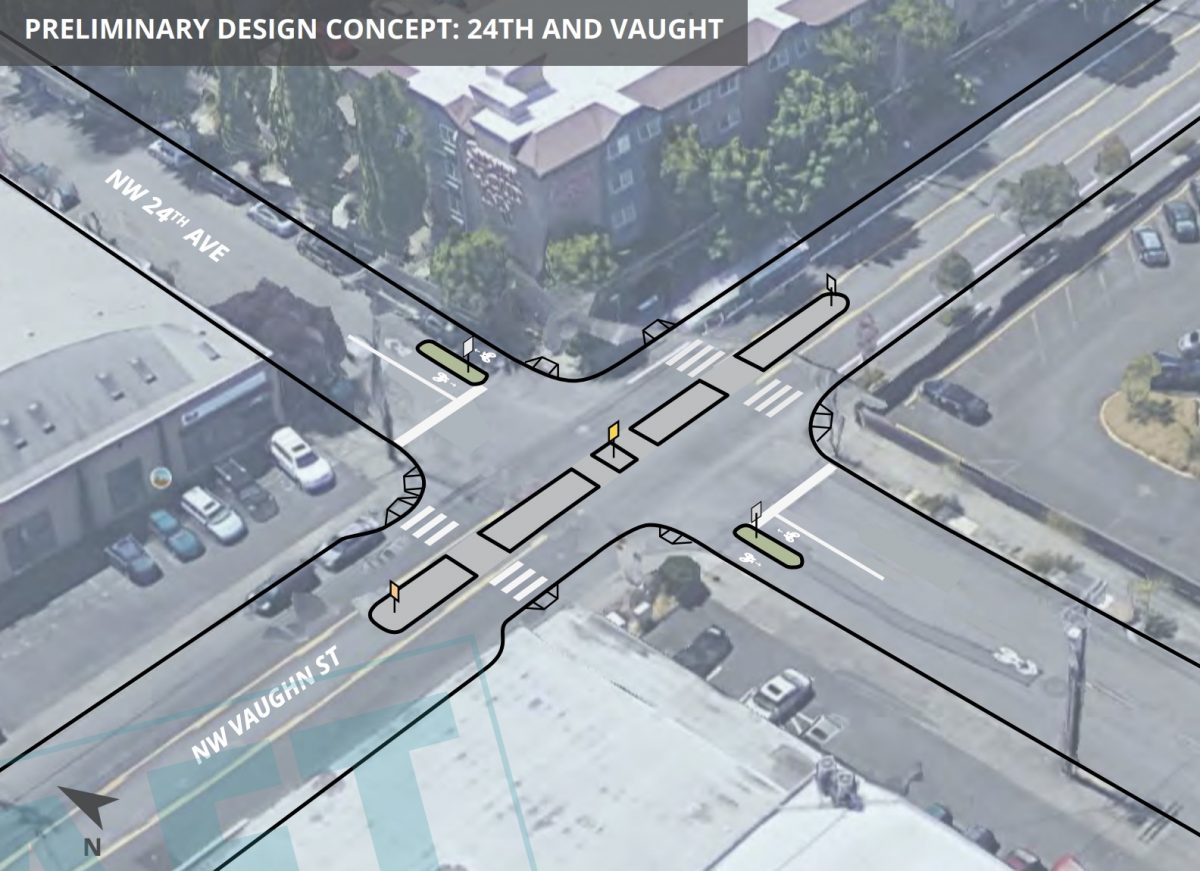 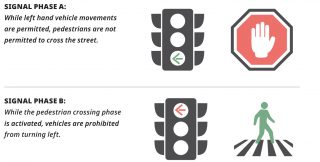 As the westernmost through street at the base of the west hills, 24th is a key connector to the Lovejoy-Cornell corridor, commercial district on NW Thurman, Highway 30, and much more. I’m most excited about the treatments proposed at NW Vaughn, an industrial collector that is very stressful to cross and ride on. PBOT wants to restrict turning movements from Vaughn onto 24th with a full median and make the crossing safer.

The existing bike lanes on Vaughn would also be improved. PBOT wants to beef up striping through intersections and install “protected left signal phases” at 25th and 27th. These would separate the biking/walking movements from the driving movements so that dangerous left-turns would no longer be a source of collisions. 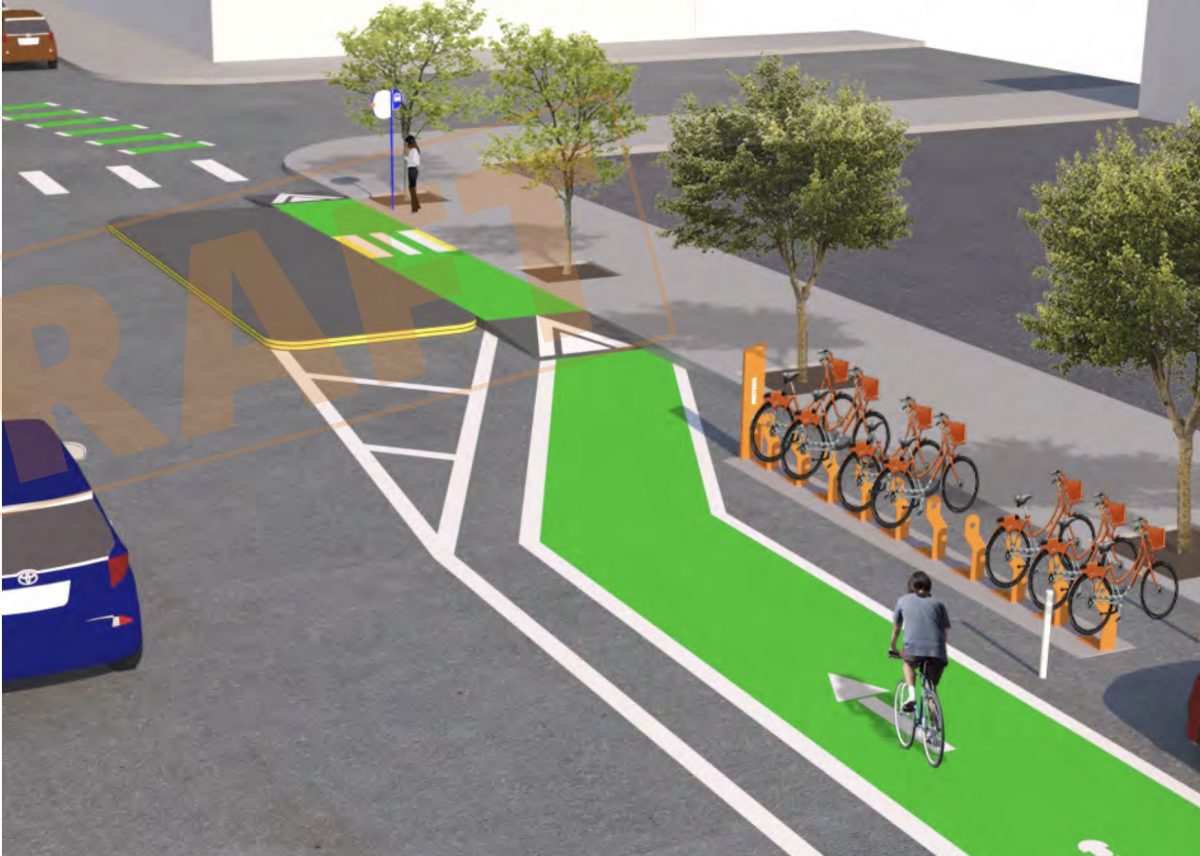 New transit islands could be coming on Marshall and Flanders at 18th and 19th. PBOT’s design have the bikeway go behind the bus stop. Bus operators would save time and have less conflict with bicycle users by stopping in the travel lane instead of right next to the curb. I’ve been pushing for this design for years and would love to see it used citywide.

While these designs look promising, northwest neighborhood resident and NWIM Community Advisory Group member Reza Farhoodi said advocacy will be needed to make them a reality. “I think the draft plan overall does a great job of shifting the Overton window on bicycling and safe streets in northwest, but it’s not a done deal,” he shared with us via email today. “Effective outreach is critical for engaging people who want to see real improvements to bicycle facilities in northwest and help advocate for this plan at City Council.”

What do you think about these designs? Stay tuned for announcement of dates for open houses next month.

And keep in mind, this isn’t everything PBOT is planning for northwest. The Flanders Crossing bridge and Flanders Bikeway are both slated for construction next year. Portland Streetcar is also planning a major northwest expansion that will come with additions and changes to the bike network. Stay tuned for more on that project.