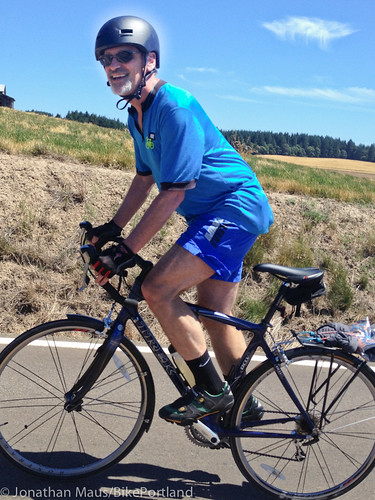 This bill is similar to one Blumenauer introduced in 2015. This version however, offers a more detailed list of potential plan elements and reads like a list of Vision Zero best practices. Among the suggestions in the bill are, “an examination of how development and implementation of safety-focused automotive technologies, vehicle-to-vehicle communication, and vehicle-to-infrastructure communication can help eliminate transportation-related fatalities and serious injuries,” and “a focus on reducing speeds to the extent practicable within State law and separating modes of transportation.” The bill also specifically calls out the need for plans to, “equitably address the safety needs of low-income and minority communities and ensure that such communities are not disproportionately targeted by law enforcement.”

The bill also requires grantees to report back to Congress (and make available to the public) all the projects and programs funded by the grant and the demographics of the people who received the benefits of the grant.

The timing of this bill is no accident. One week from today, hundreds of bike advocates from across the country will be on Capitol Hill as part of the National Bike Summit’s Lobby Day. The Vision Zero Act is one of three official “asks” the Summit’s organizers, the League of American Bicyclists, will encourage attendees to talk with their Senators and House Representatives about.

Before you get too excited about the impact this bill could have, consider that its passage isn’t likely. The 2015 bill had 32 cosponsors and only one of them, Rep. Buchanan, was a Republican. The bill never made it out of committee. With the 115th Congress being the most partisan of all time, the power of this bill will likely be in how it helps spur conversations about Vision Zero among advocates and lawmakers on The Hill.

Every rebuilt intersection and road ought to have protected bike lanes.

or any new/rebuilt intersection should be a modern roundabout.

Roundabouts without those bike lane to sidewalk ramps, but true cycleways where cyclists get to stay in their lane.

Rather expensive (space), and I’m not sure our culture would enable such a concept.

The best modern roundabout design for cyclists provides two choices. The more confident cyclist should merge with through traffic and circulate like a motorist. This is made easier by the low-speed operational environment of the modern roundabout, which should not exceed 20 mph (30 kph).
The less confident cyclist should be provided a ramp to exit the street and use a shared use path around the roundabout. Such paths should be at least ten feet wide (3 m) and cyclist operate at low speeds, crossing at the pedestrian crossings. http://tinyurl.com/roundabouts-and-bikes Sometimes space constraints, as with other intersection types, limit ideal design.

In other countries, separate cycle tracks are common and here’s a video of how they work at modern roundabouts http://tinyurl.com/cycletrackRAB .

Portland’s “robust Vision Zero Plan.” Ha. Ha. Ha. All we have is a new logo and a task force.

$5M per year is not nearly enough, but I’m glad this plan – unlike PBOT’s – actually identifies a way to fund itself.

H.R. 1274 maybe a long shot in hell and poorly funded, but it does have bipartisan support with co Bike Caucus Republican Vern Buchanan from Florida. Doesn’t Florida have the worst death record in the USA for cycle and pedestrian deaths? I’m drafting a letter now to my representative Kathy McMorris Rogers and address the bipartisan responsibility we need to get going on Vision Zero nation wide. Thanks Jonathan for publishing this information of Blumenauer and Buchanan’s Vision Zero Act of 2015, it’s legislation we can all get behind.

I fail to see how it puts coal miners back to work.