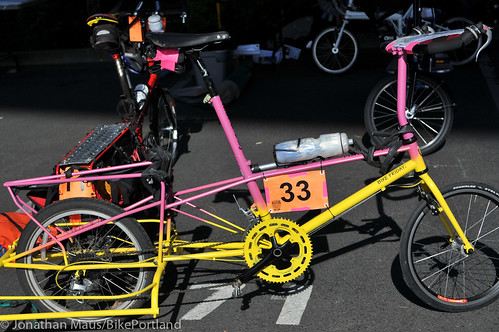 Stolen in Eugene on Friday and it might be in Portland now.
(Photos by J. Maus/BikePortland)

Willie Hatfield, the winner of Portland’s Disaster Relief Trials event has just informed us that the bike he used — a custom Bike Friday — was stolen in Eugene this past Friday.

Willie just emailed us to say he has received a tip that the bike might be in Portland. See his email below and please keep your eyes peeled:

We spoke at the Portland DRT and you took a bunch of photos of my pink and yellow racer. Well…that bike was stolen Friday, the night before the Eugene DRT! I spent many many hours on that bike and I’m searching hard for it. I tried registering the bike in your stolen bikes section but it was down for maintenance. Could you mention it and include some of the photos you took? I recently got a tip that the bike might have been spotted in Portland and would love it if I knew there were more folks on the lookout up there. Thanks so much for whatever help you can give me.

PS, I channeled my rage at the bike thief into the Eugene DRT and ended up winning on a borrowed bike.

Here are a few more pics… 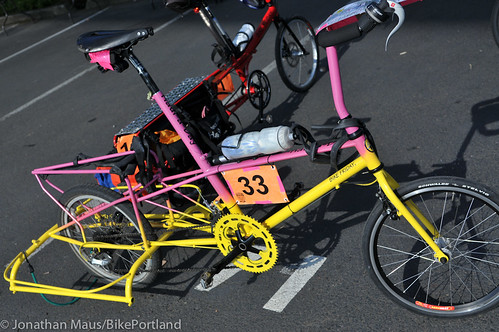 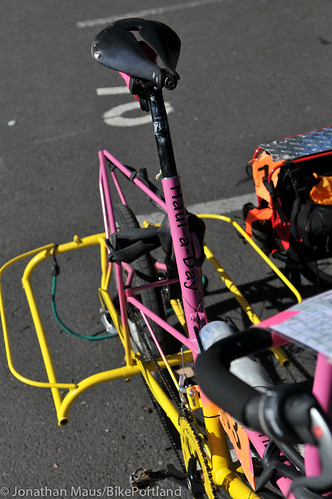 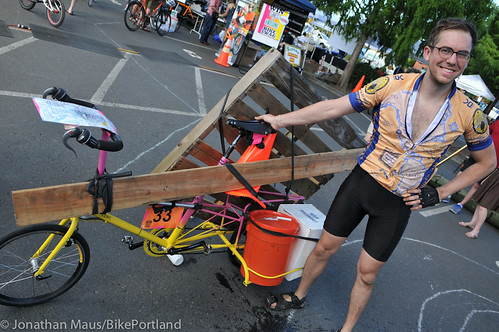 Sorry to read about this Willie. Good luck getting it back in one piece.