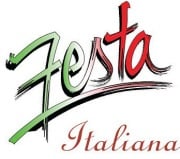 The Festa Italiana, a week-long event that has brought together the local Italian community for 20 years, now includes a bike race.

The Giro di Portland will feature the area’s best racing talent on a high-speed, multi-lap criterium through the Pearl District — and the Festa Italiana is the presenting sponsor.

Festa President Joe Castellano says having a bike race as part of their event has always been a goal. “Italians love their bike races,” he shared via telephone this morning.

“The bike race will make our event bigger and better… We’re all extremely excited, we’ve been wanting to do this for a long time.”
— Joe Castellano, President of Festa Italiana

Response to the race has been very good and Castellano says they’ve gotten “tremendous support” from businesses along the race course and from Festa sponsors. A slew of downtown businesses — from art galleries to fashion boutiques — have lined up to support the race. They include; Cafe Allora, NAU/Lizard Lounge, Keen Footwear, Justa Pasta, Debbie Thomas Real Estate, Sorrella Luna Ceramic Arts, Daily Cafe, Cafe Allora, Mio Sushi, Piazza Italia, Calbag Metals, and others.

Castellano adds that he wants to make the Giro an annual event and foresees it as “the premier event” of the entire, week-long festival.

Race organizer Steven Beardsley (who won Friday’s Twilight Criterium around the North Park Blocks), along with racing advocate and local architect Rick Potestio worked with the Festa to make the event a reality.

Beardsley says, unlike the Twilight Criterium (which has earned some criticism for not including women), the Giro di Portland will have a women’s race. It will also have over $5,000 in cash prizes, including equal payouts of $2,200 for top finishers in the men’s and women’s races. In addition to cash, racers will duel for over $3,000 in product and gift certificates.

If all goes according to plan, Festa’s Castellano sees the Giro becoming an even larger part of his event in future years. “The bike race will make our event bigger and better… We’re all extremely excited, we’ve been wanting to do this for a long time.”

— The Giro di Portland is this Sunday (8/21) with races starting at 4:30. Check out GiroDiPortland.com for more info.

It’s a crit, not a Giro. Look for next year’s
CORSA de PORTLAND

Actually it is a Tour of Portland, specifically the Pearl District between Hoyt and Kearney along 12th, 13th and 14th Avenues. Part of the tour is making multiple passes so as to soak up as much local ambience as possible.

Me too, no matter what it happens to be called.

Wish I could attend, both to watch and to have an excuse to ride my 1983 Tommaso with full Super Record. If they do it again next year how about adding a display for classic Italian bikes?

Women need to show up to race when given the chance. TC organizers have tried to include women a couple years ago, yet only 3 or 4 women signed up for the race. As a woman, I love to watch women race. But only a handful doesn’t make for very exciting spectating. I”ll be interested in seeing how the Giro fairs with the women’s race and who/how many show up to race.