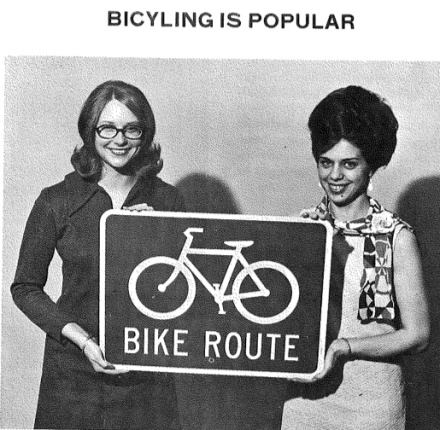 Employees of the Oregon State Highway Division appear in a 1972 article about bicycling’s rise in popularity. See below for images from Oregon newspapers from as far back as 1899.

In recent weeks readers have sent in two more excellent examples of history that I’m excited to share.

The first comes from an article titled, Bicycling is Popular that ran in an issue of Personnel Oberservations, a publication of the Oregon State Highway Division (PDF here).

The article documents a rise in bike riding by ODOT employees. Check out the amazing shot of the bike racks outside ODOT offices in Salem (I think more people rode back then than today!): 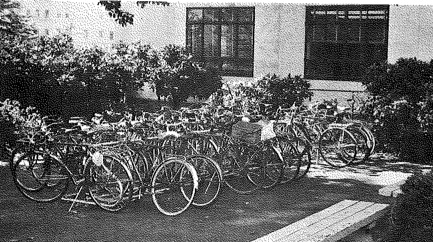 “Bicycle riding can contribute to the fulfillment of body exercise and does not add to the pollution problem.”

“On a clear, warm, sunny day, it seems as if everyone has a bicycle and is riding it.”

“If the bicycle revolution continues we will undoubtedly observe other racks at office locations around the state.”

The next look into Oregon bike history comes via a blog post from the Oregon Digital Newspaper Program. Jason Stone delved into newspaper archives and found several gems, which he shares along with a cogent and well-written history of bicycling and how it was covered in Oregon newspapers.

Here’s an image of famous racing champion Howard B Freeman that ran in The Oregonian on August 26th, 1900…

Check out the ad playing on the “bicycle craze” that R.M. Wade Co ran in the Salem Daily Capital Journal on April 21, 1899… 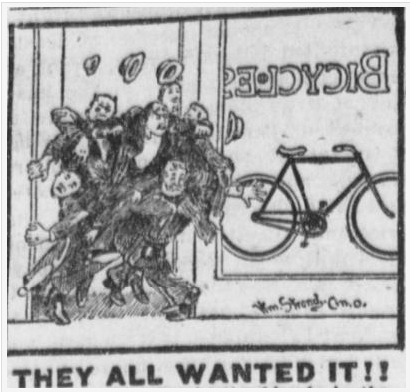 And my favorite, a fashion review and some advice for women who fancy bicycling. First the text that ran in the “Pretty Bicycle Blouses” article published in the Sunday Oregonian on May 20, 1900. 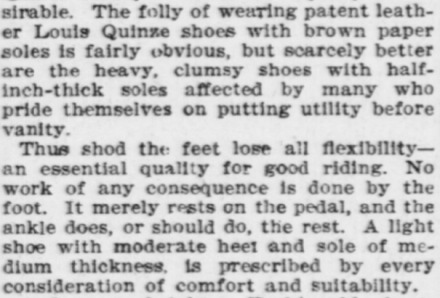 And the illustration that accompanied the article… 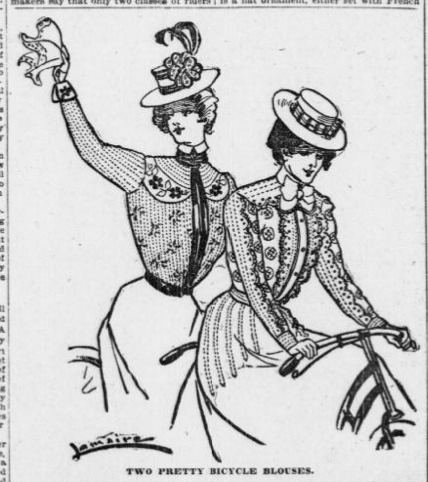 For more about bicycling history in Oregon (and beyond), browse the “history” tag in the BikePortland archives.

I love the hairdos of the ODOT staffers – no helmet hair then. 😉

At least they spelled “bike” and “route” correctly!

I wonder how Howard B Freeman would feel about biking in Portland today? The automobiles might catch him by surprise?

Woman holding a bike sign without wearing helmets?! Won’t somebody think of the children!?!

Bell bike helmets weren’t invented yet, or are you
meaning the vintage style leather “Hairnet”? In which
case I think that “Mondo Bee Hive” will provide much more protection.

Wow, they weren’t invented yet? There must have been nonstop fatalities every time somebody fell off their bike back then…

“whatever you may call it Tracy; it’s a hairDON’T; you’ve been warned repeatedly!” (snicker)

In all seriousness though; these are some pretty interesting articles. I believe there was a 3-part series the O ran in 1976. I will try to find it and submit it, I found it once on the wall of the BTA’s offices–it was very cool. The 70’s “tenspeed” craze is what apparently it covered.

We have so much to learn from the seventies. Even the Dept of Energy got in the act with pilot projects featuring travel diaries for automobilists, articles on roller skating, etc. Those were the days….

Have you seen these fabulous photos on the Flickr Commons of teens having bike for a field trip? They were taken here in Portland during the oil crisis in 1974. http://www.flickr.com/photos/usnationalarchives/4272532140/

Those are indeed fabulous photos. Thanks for discovering and sharing them. The caption is hilarious: “school children forced to use bicycles for field trips”
The expressions and body language of the kids don’t (to my mind) bear out that phrase. It looks to me like they’re having an interesting time.

Thanks for sharing the blast from the past.

Reminds me of my first vivid memories of the larger adult world as a child (in the USA) was seeing from the passing school bus all these angry adults (drivers) waiting in line for fuel…we had just moved from England to the US and so the fuel crisis was much more real here on the streets in terms of gasoline (though in the UK it was coal shortages and rolling blackouts).

And the photos of the locked gas caps…I remember having to go out and buy one for my first car during the second (US) gas crisis after the Iran Hostage Crisis.

Back to the future…given school transportation budgets city kids might have to bike to field trip sites again soon.