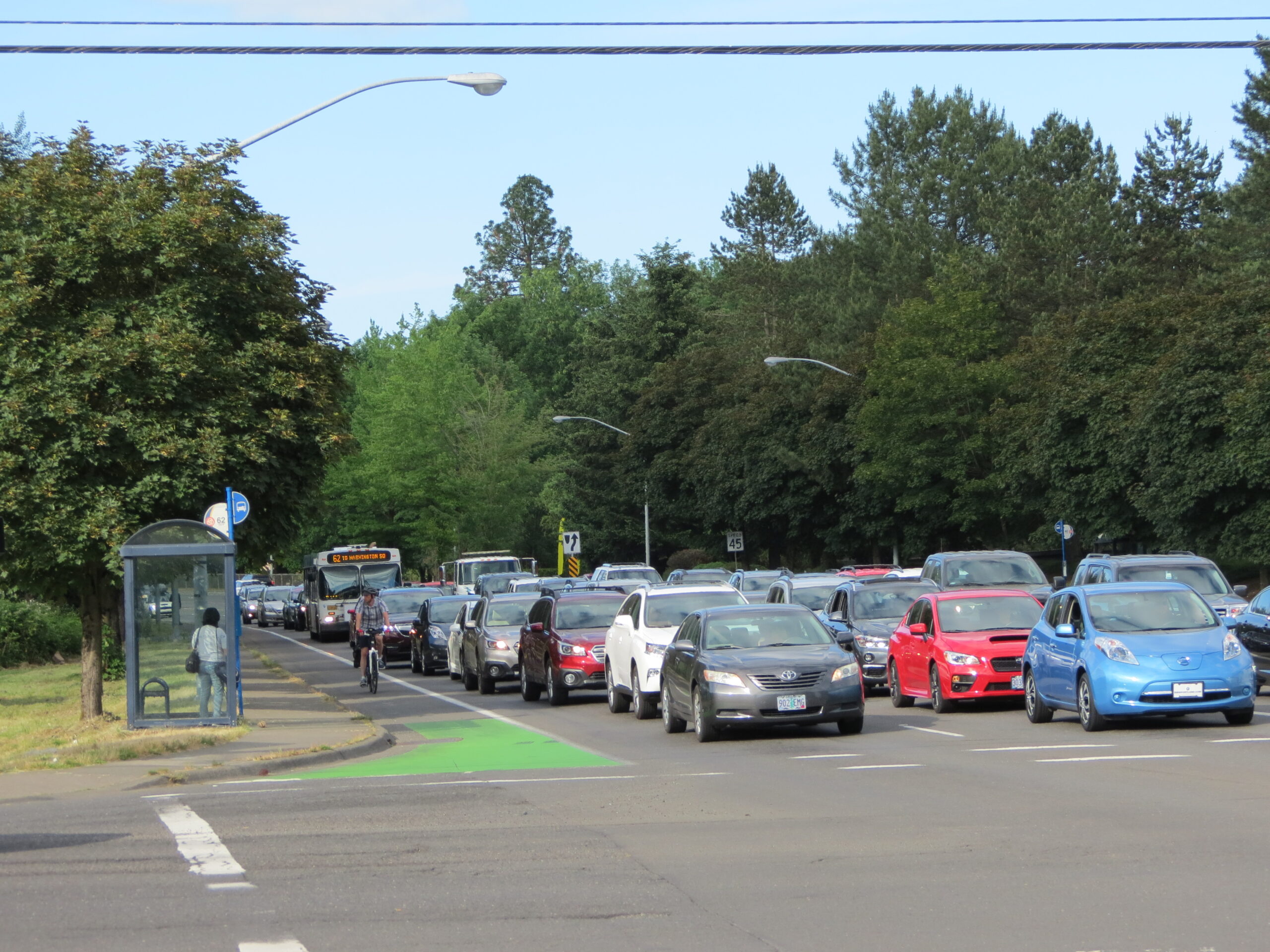 When I first began riding a bicycle for transportation I focused on things like getting used to car noise, figuring out how to keep the bottom of my pants from ripping on one side, and choosing the best bike bags for my shopping needs. 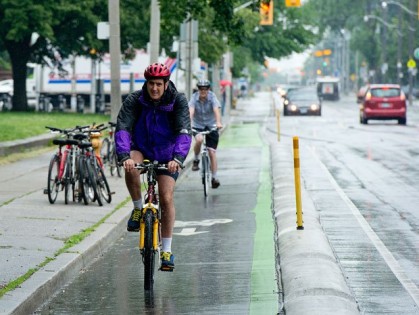 The main drag outside Nike’s Washington County headquarters could soon be home to one of the region’s first curb-protected bike lanes.

At an open house tomorrow, the county will present plans to widen 1.8 miles of Walker Road north and west of the fast-growing sportswear giant, making it a five-lane thoroughfare throughout the stretch and adding better sidewalks, storm drainage, street lighting and a low, rounded curb separating bike and auto traffic.

Washington County Bicycle and Pedestrian Coordinator Shelley Oylear said the project is part of a growing understanding in county government that it’s impossible to build wider and wider roads forever — as the county gets more dense, there simply won’t be space for almost all trips to involve a car.

“People are going to have to expect that if we build a four or five lane road, that’s it,” Oylear said in an interview last month.