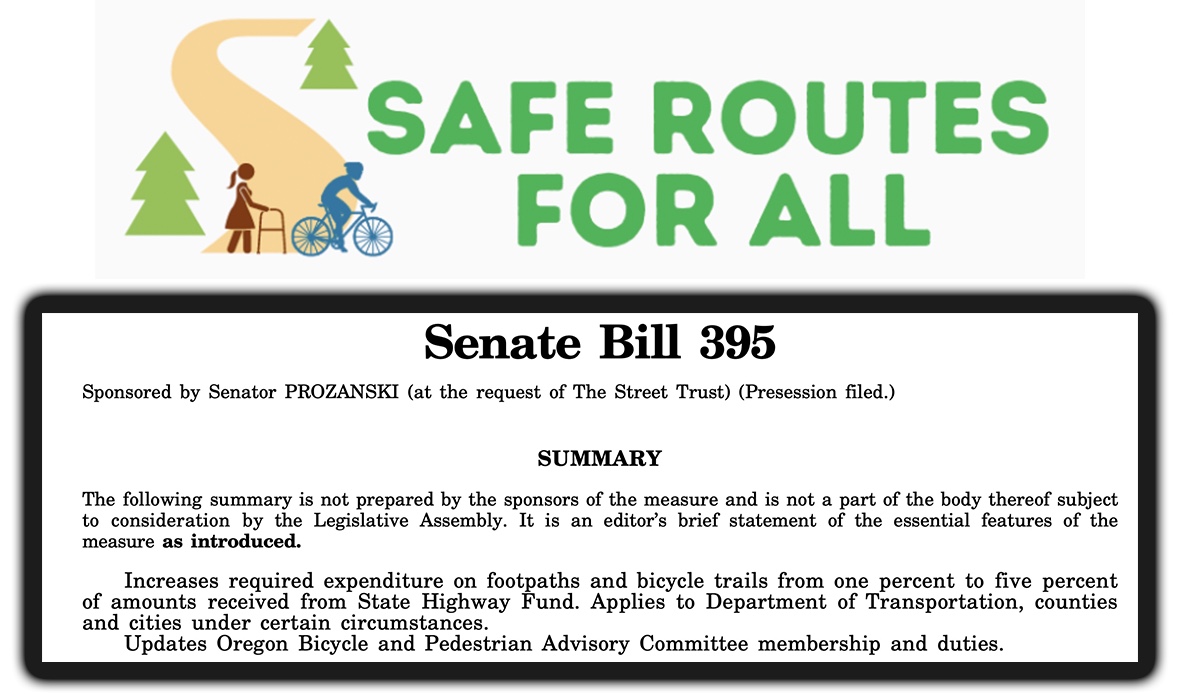 A bill that would have increased spending on bicycling and walking infrastructure on the 50th anniversary of Oregon’s legendary “Bike Bill” has died in committee. 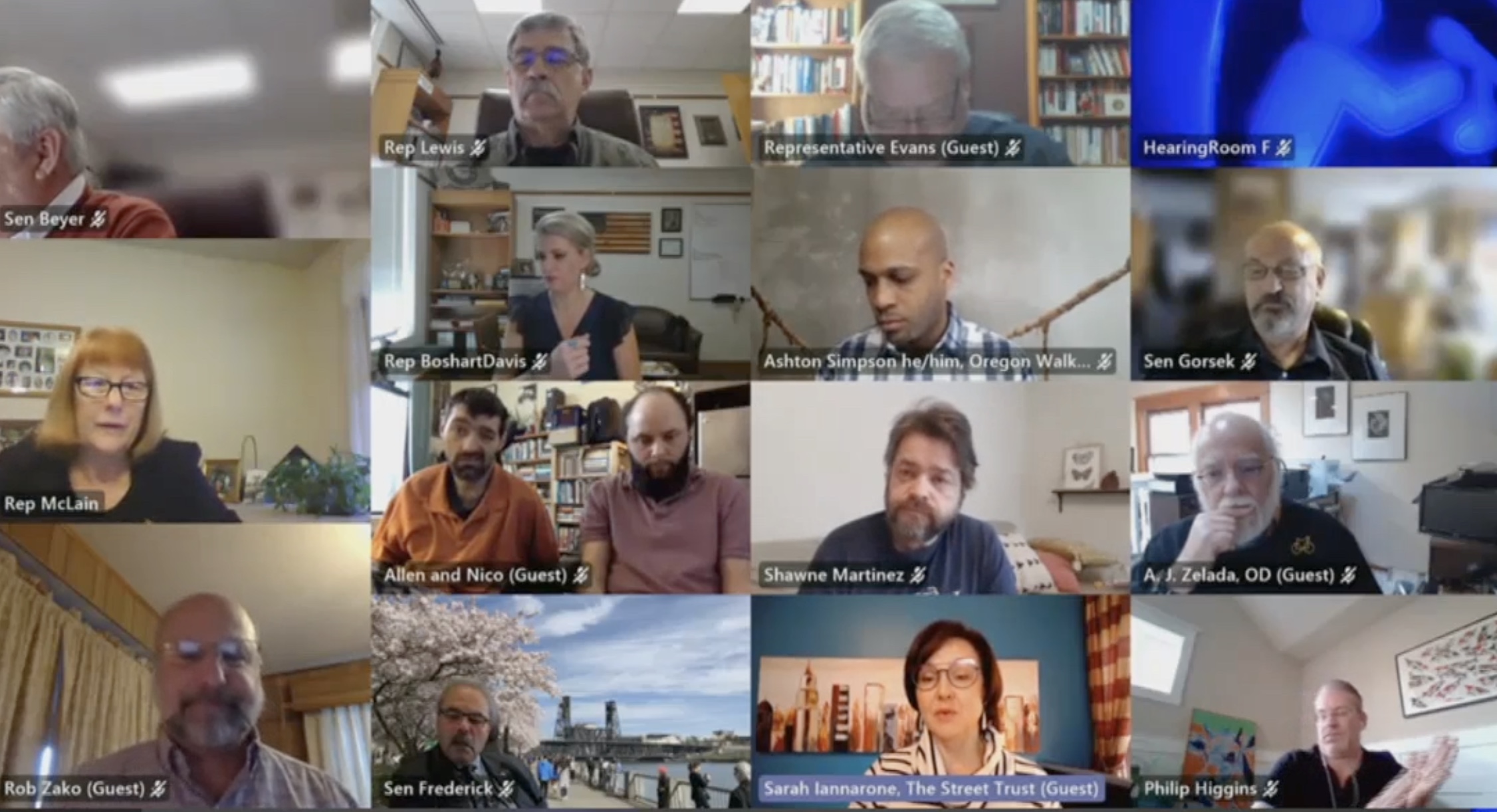 Senate Bill 395, also known as the Safe Routes for All bill, got its first hearing at the Oregon Legislature this morning where members of the Joint Transportation Committee heard much more support for the bill than opposition to it.

But what the opposition lacked in the collective power of their voices, they made up for in the power of the organizations they spoke up for.

Proposed by The Street Trust with sponsorship from Eugene-area Senator Floyd Prozanski (who was not in attendance today), SB 395 seeks to increase the minimum expenditure on bicycling and walking infrastructure from the State Highway Fund from 1% to 5% and make a few other key tweaks to what’s known as the Oregon Bike Bill, a groundbreaking piece of legislation passed in 1971. 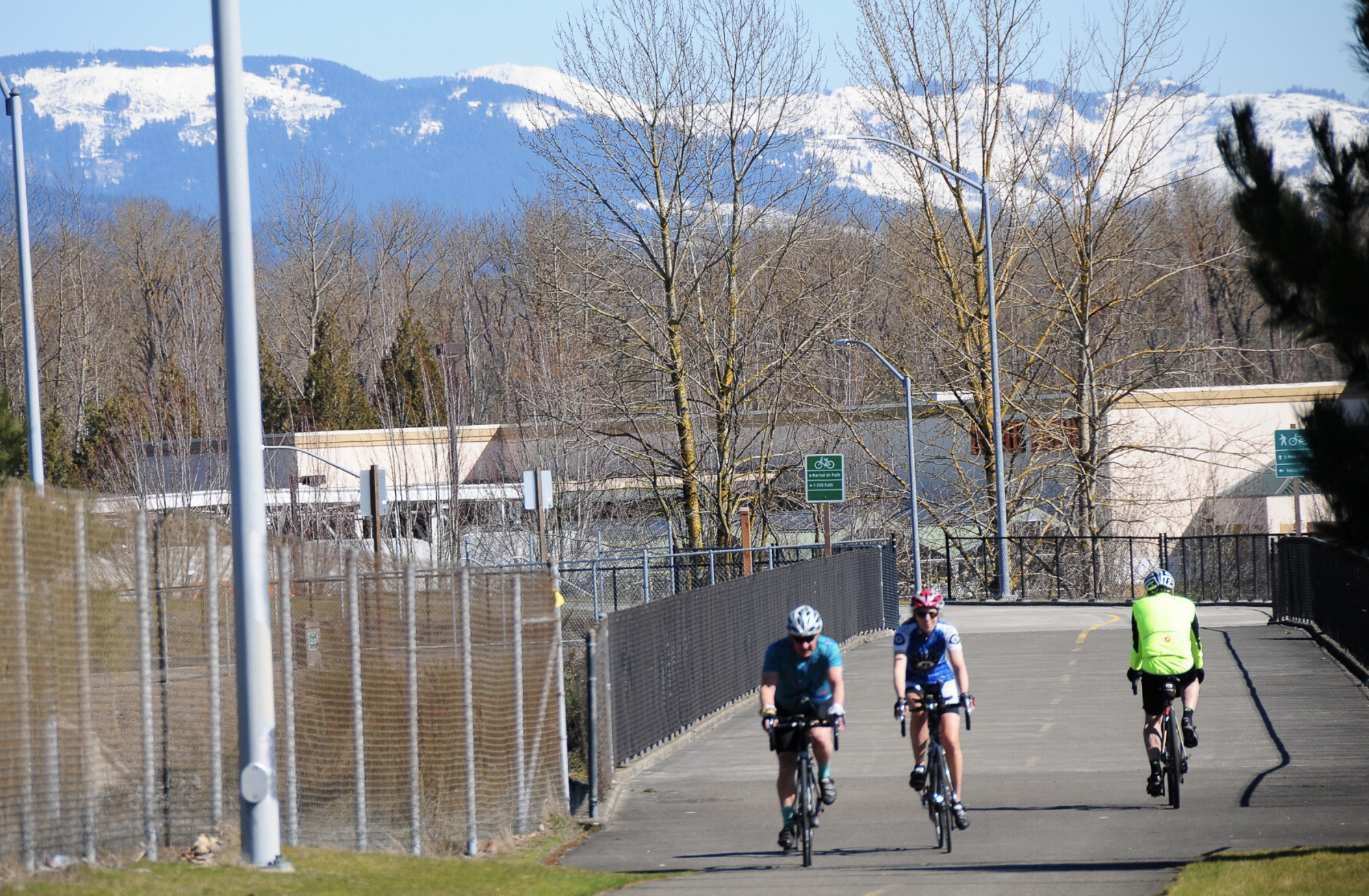 Eugene-area Senator Floyd Prozanski will play a big role in whether or not a major effort to boost bicycle spending in Oregon will get the green light. 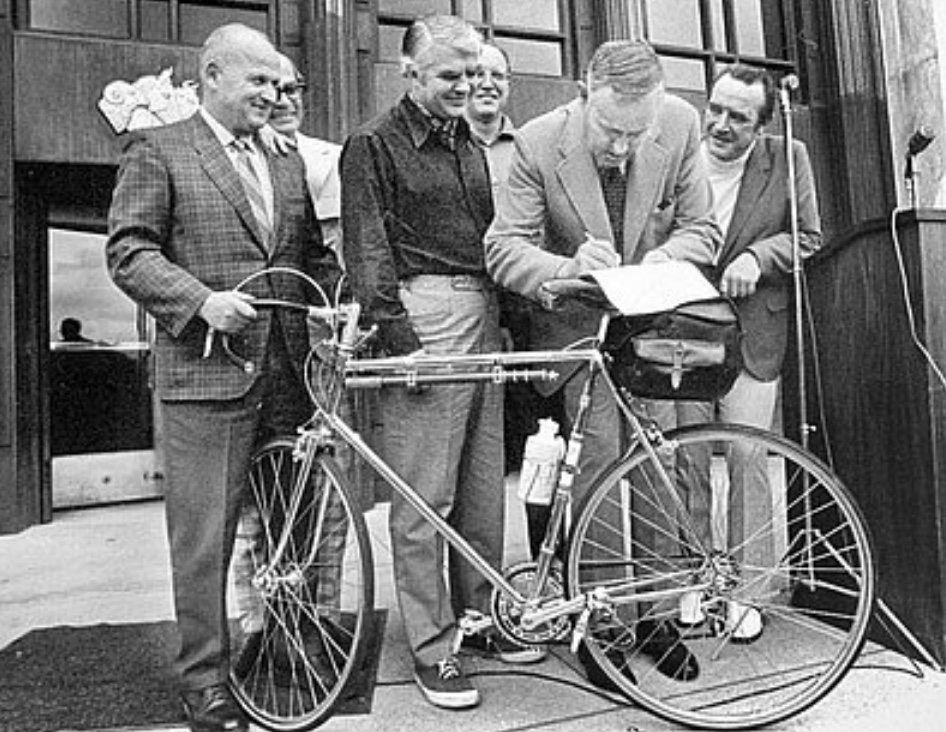 When Oregon’s landmark “Bike Bill” passed in 1971, America was in the throes of a major bike boom. 50 years later a group of Portland bike advocates think our current cycling resurgence is the right time to update it

The nonprofit Street Trust has announced plans to seek an amendment to ORS 366.514. This law states “reasonable amounts” of the State Highway Fund must be spent by the Oregon Department of Transportation, “to provide footpaths and bicycle trails… wherever a highway, road or street is being constructed, reconstructed or relocated.” That “reasonable amount” is further defined as a minimum of 1% of the Highway Fund each fiscal year.