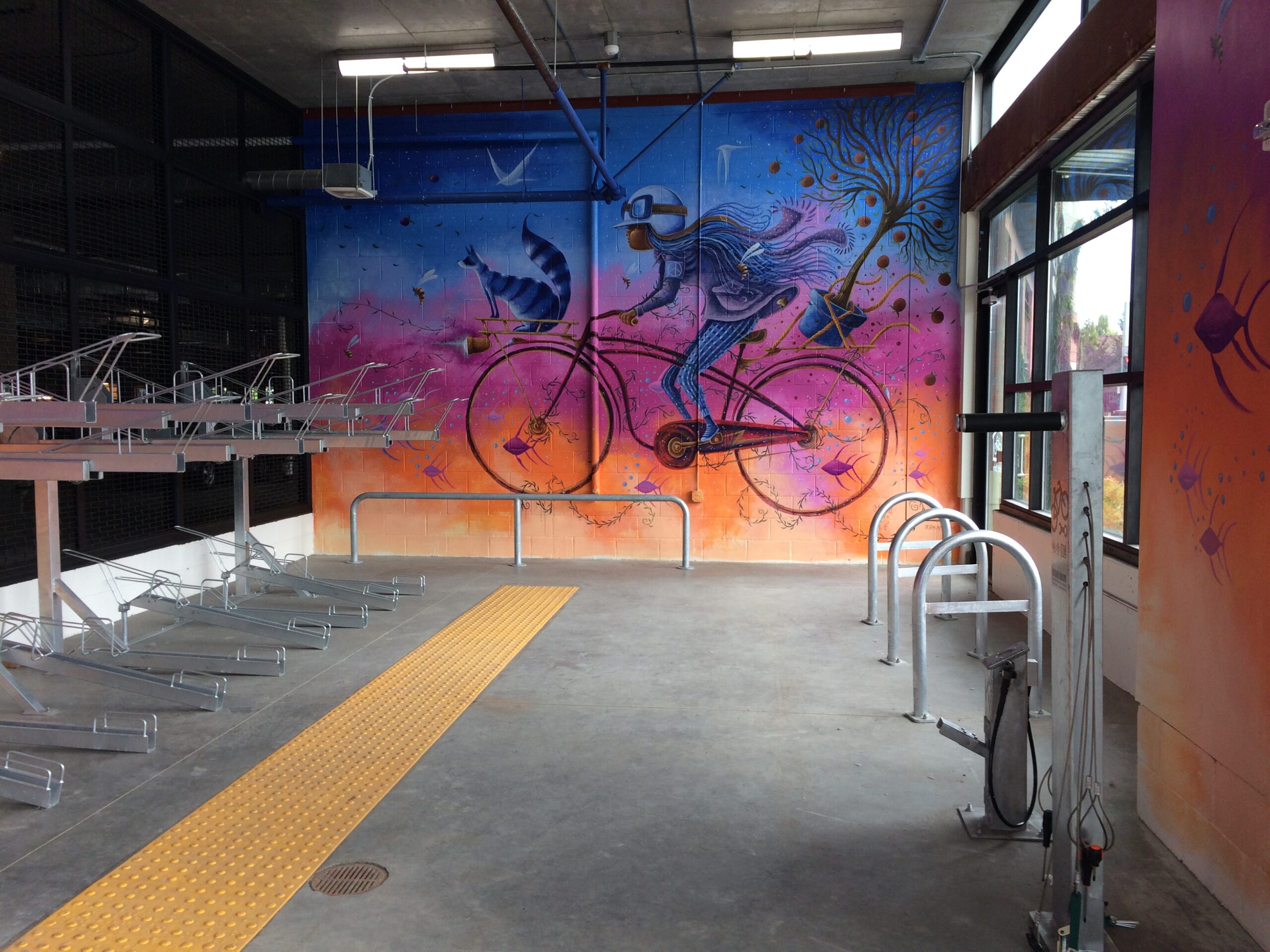 Now, thanks to the TriMet Public Art Program and a very talented local artist, the Orenco Bike & Ride really stands out from the crowd.