The State of Oregon has finalized its first batch of Safe Routes to School projects funded through the $5.3 billion transportation package passed by legislators in 2017.

Region 1 (which covers all of Portland) will receive $3.39 million for four projects that will make it easier and safer for kids to walk and bike to class. ODOT awarded nearly $16 million for 24 projects statewide. Demand for these funds far outstripped supply as the agency received a total of 112 project applications requesting a total of $85 million.

For the first time in decades, the Portland Bureau of Transportation has money to spend. Real money. 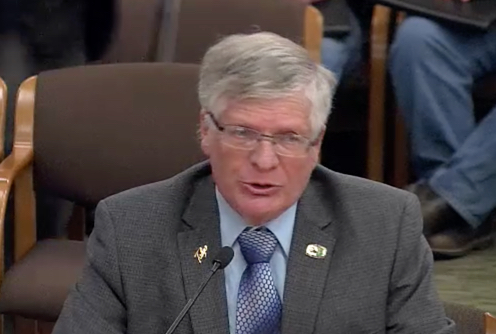 One of the best ideas for improving transportation in Oregon is glaringly absent from the state’s transportation funding package: Better passenger and freight rail lines between Portland and Eugene.

At one of four hearings on House Bill 2017-3 held at the State Capitol this week, representatives from the Association of Oregon and Rail Transit Advocates took the opportunity to remind lawmakers about this fact.

While the package being debated includes over $900 million in earmarks for highway expansions in the name of “congestion relief,” advocates with AORTA feel like the bill will cause Oregon to fall even further behind our west coast neighbors.

“Go big or go home,” is how AORTA rep Dan McFarling began his testimony in front of the Joint Transportation Preservation and Modernization Committee on Monday. “Rail programs in Washington and California are going big. We are treading water.”