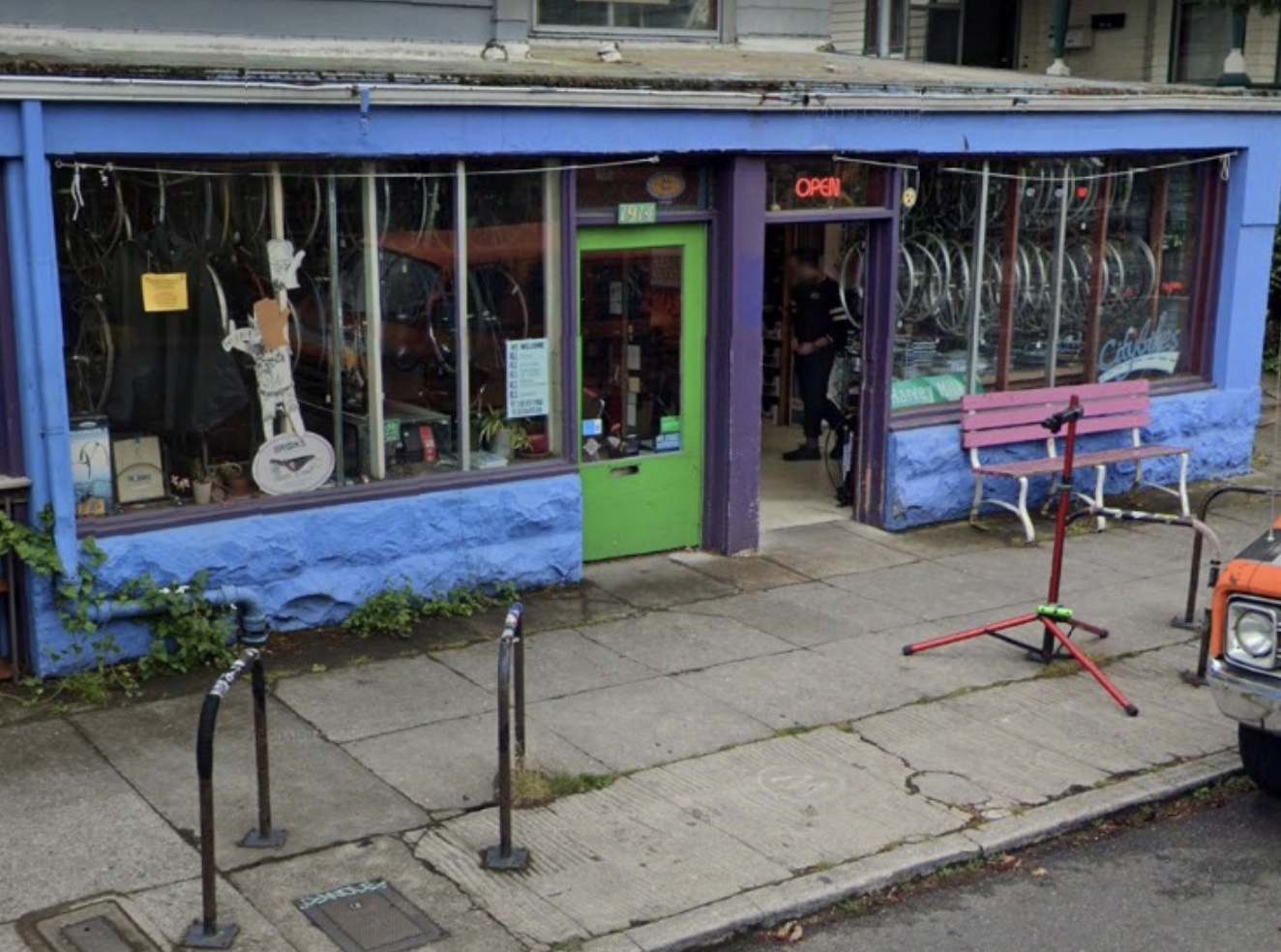 A dispute between current and past co-owners of Citybikes Workers Cooperative has turned into a messy legal battle that will decide the future of the storied institution. Founded in 1986, Citybikes has been a cornerstone of Portland’s cycling scene with its “mothership” location on Southeast Ankeny near 20th and its former Annex location (now closed) … Read more

Citybikes will close one location amid business downturn

A changing Portland is changing our bike culture.

This is what it looks like when people come together to marginalize a sexist comment from a bike shop employee.

One of two Citybikes locations on SE Ankeny street.(Photos © J. Maus/BikePortland) A group of anti-fascist activists have announced a public boycott of Citybikes because they accuse its founder and president, Tim Calvert, of holding anti-semitic views and organizing for racist causes. Rose City Antifascists (RCA, also known as Rose City Antifa) have also sent … Read more